We received an email recently about up-and-coming designer Ryan Korban: “Ryan is a new interior designer based out of New York who has been making quite an impact in the city. He works primarily with young “downtown” types and was recently featured in The New York Times, Town & Country and February’s issue of Domino. A few of his clients include DJ AM, Charlotte Ronson, Alexander Wang, Victoria and Vanessa Traina and James Franco. His youthful approach to city living has been received with much praise for such a new comer. On top of designing both residential and commercial spaces, Ryan is also a co-owner of Edon Manor (high end downtown accessories boutique) and the designer of the store. He is currently working on his first website.” Below is a sneak peak of what you will find on the website when it launches. A bit ‘o Hollywood Regency, a bit ‘o glam…I cannot wait to see the rest of his portfolio!! 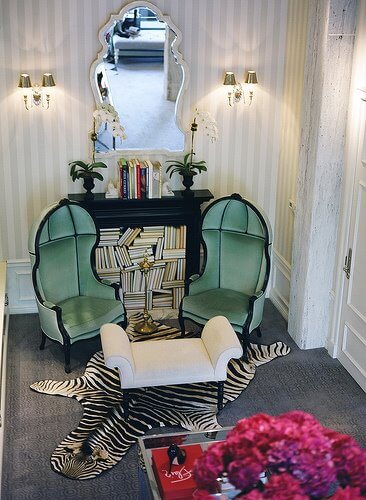 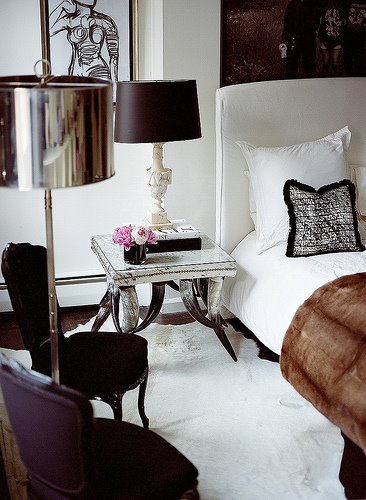 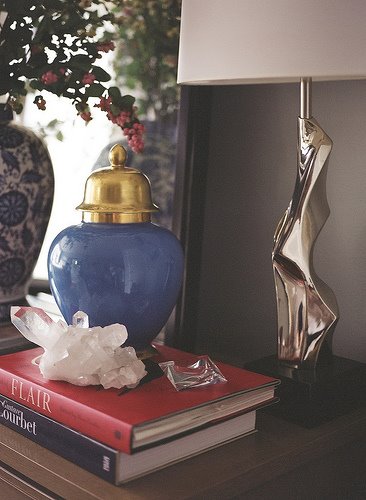 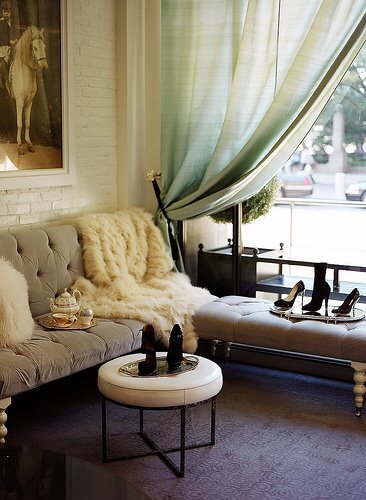 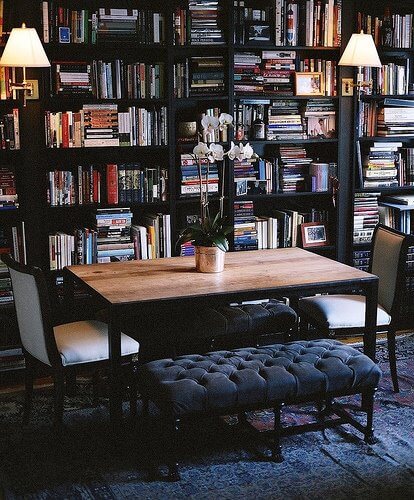 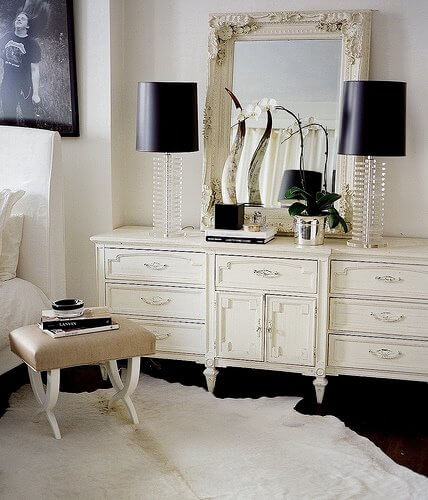 I did a post and included those unique teal custom wings with “hoods” a while back; they are so stunning.

They look amazing in that setting…I so look forward to all of your amazing images!

LOVE photo #2! (Hopefully the zebra on the floor in #3 isn’t real!) Also love #4 but I don’t get the shoes there is it ain’t a store. The dark library lends itself to quietude and I like the bench effect.
(Could we see what James Franco hired him to do? Would LOVE to know his decorating taste!)

oh the zebra is real alright. and so is the fur and horns and other dead animals in nearly every picture! why do you post these kind of things! this is offensive to your animal-loving followers!! i am appalled!

Ok so my coworker just pointed out the subtle dead animal items in this post. Shocking! I normally enjoy your blog to gather ideas for my renovating home.
But I can't help but think that by choosing to post photos with dead animals you are supporting the cruel animal slaughter/fur/exotic trade market & industry. After much review I have noticed other posts like this also! As an animal lover, I have a heart full of empathy & respect for animals of all kinds (not just domestic!!!) and I refuse to sit back and not say anything to you! There is no need for this. Have some compassion. Kim and Jo: show some heart!!!!

nothing here hasnt been one 1000 times before. this is dull and uncreative.

bent on nothing says:

i second the distasteful dead animal artifacts. in poor taste.

Photos #3 and 4 are from the store Edon Manor where Ryan is the creative director. It’s owned by Davinia Wang. I went to a party there in December that was amazing. I wrote about it and Ryan and look forward to seeing more of his work in the future.

I am blown away about how hot this is. It’s like “The Eclectic Lounge” lifestyle. Everything goes…

His style is one of my faves…..WOW!

This one is travelling!
Why are there shocking pieces of animal cruelty in such a potentially lovely space? There is no need for this!
Don’t post these anymore!!
Kim – are you not a little disturbed by this?
I thought you were an animal lover too?