Back in April I blogged about Evan Drew Harrison’s dilemma on what he should do about the decor in his fabulous LA loft. He sent an email promising to send update photos as soon as he finishes up (he mentionned vintage Knoll, Swedish stuff, kilims and other ethnic touches….all of which had me totally intrigued), but the real reason he emailed was to share the former home of his dear friend, Maxime de la Falaise. Maxime passed away of natural causes in April in her Provence home, and she was quite a character. “Maxime made Cruella Deville seem like a pussy cat” Evan told me. She was a “celebrated fashion model and artists’ muse of the mid-20th century who was later a designer, food writer and the matriarch of a three-generation clan of international couture models” said her obituary in the New York Times. At one point during her career she also designed furniture and rugs. Evan loved Maxime’s New York loft she sold in the early 90’s and thought we would love it as well. Her loft is exactly how I imagine my home to be when I reach that age – filled with treasures and textures from years of collecting. 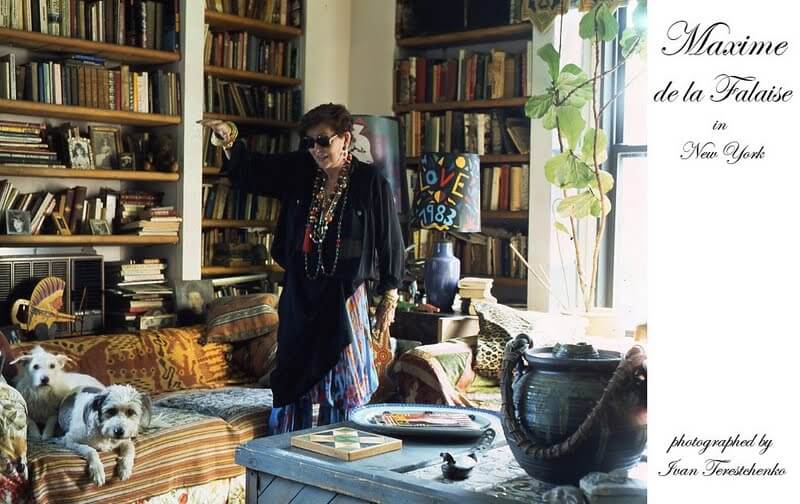 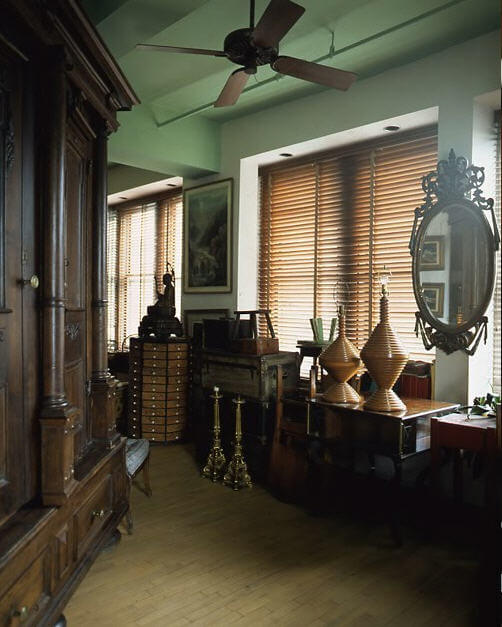 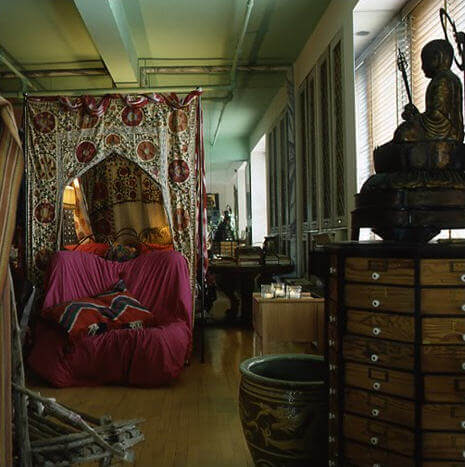 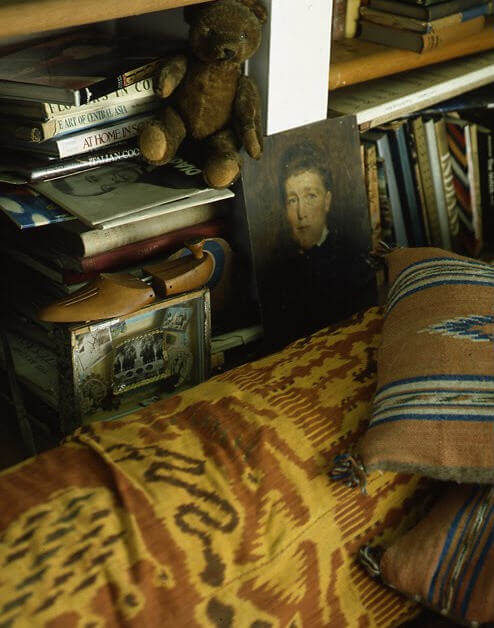 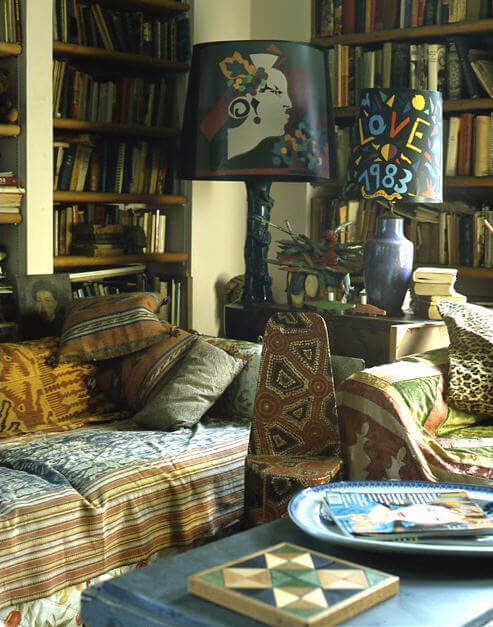 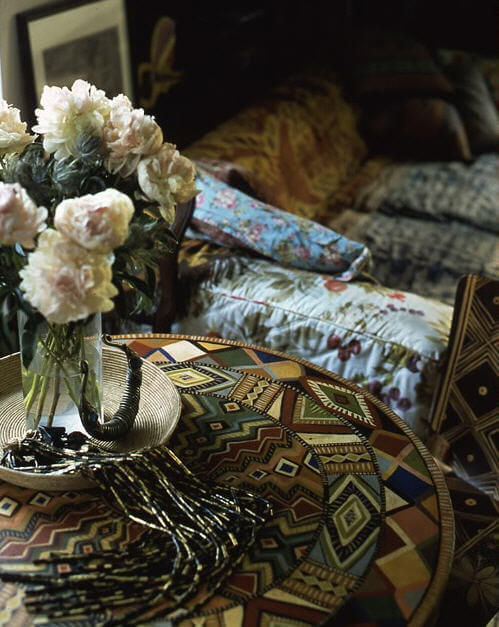 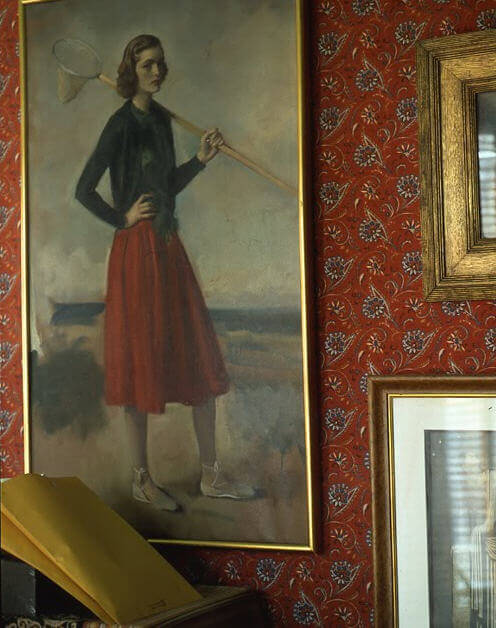 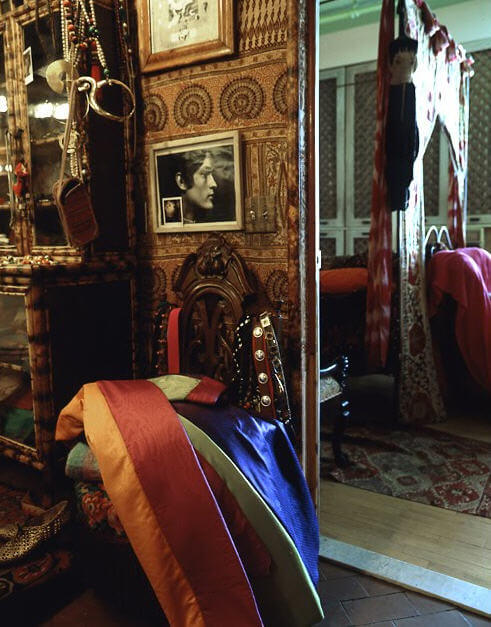 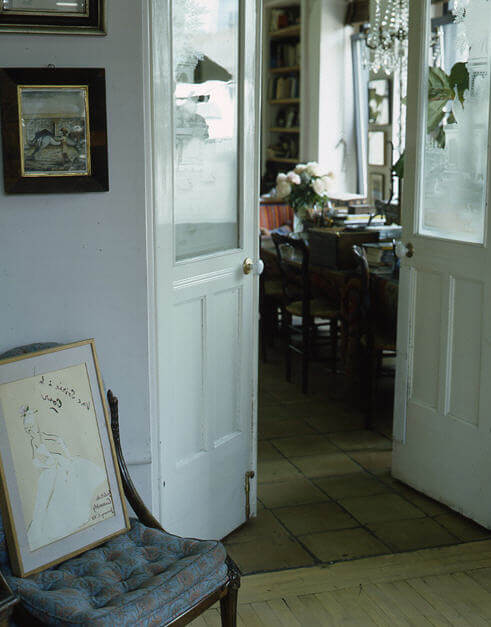 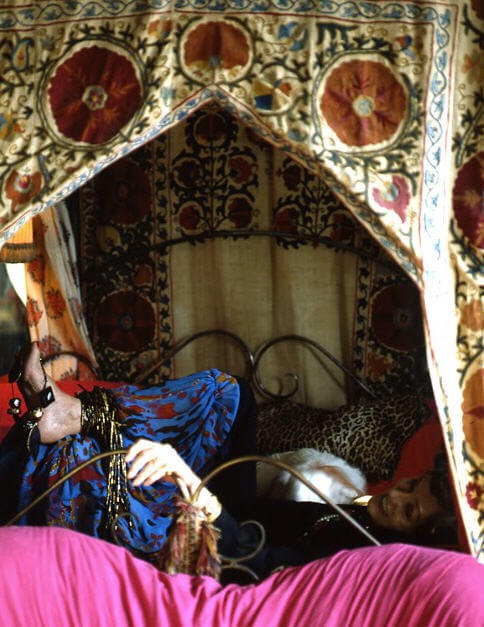 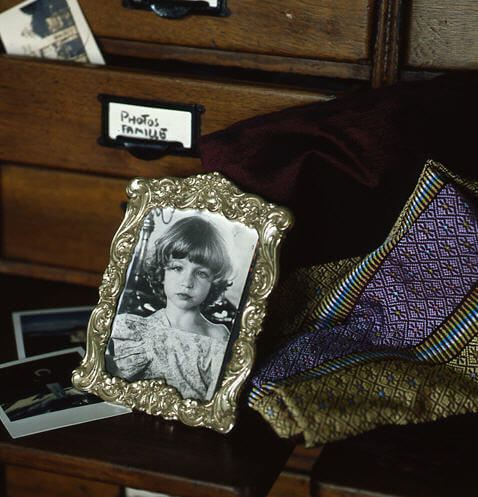 LOVING the explosion of patterns!

I am fascinated by Madame Maxime… such a great muse and fashion icon. I posted about her a few months ago too… when I found some lovely pictures of her home in France. Have a grrrreat week you guys!

That's just way too dark for my tastes.

I love the authenticity of living surrounded by the touchstones of your life. This looks like a home curated by adventure! Bravo!

What an extraordinary home and an inspirational woman.

love the exotic patterns and accessories! i work at schumacher and we have alot of prints and ikats that look similar 🙂 i can't wait to check out her clothing style! fabulous blog!

I wonder if you did not mention who owns the place, how many will deem this place too cluttered?

So lovely!! She's such an inspiration!! 🙂 – hmm, cluttered? You should see my Grandma's flat then too!! 😉

The wardrobe and some other furniture pieces and the bed and that chair! and the photos etc would *still* make my heart flutter!!
(So did Grandma's flat!!:) Oh, the aesthetics of older times!! 🙂 So beautiful!

A candy-coloured home outside Amsterdam