Gaia sent in some photos of her home in Bologna, Italy that I had to share. She’s got alot of creative touches going on and is really proud of the all decorating she’s done herself (as she should be – it’s a beautiful home!) but she mentioned her husband thinks it sucks. Oh really now? I don’t think he has any idea what he’s talking about, and should SHUT UP. 🙂 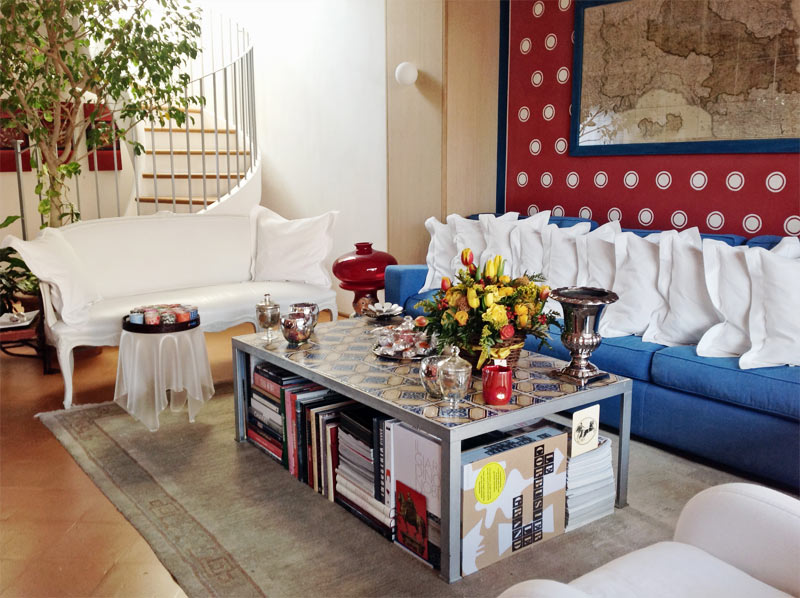 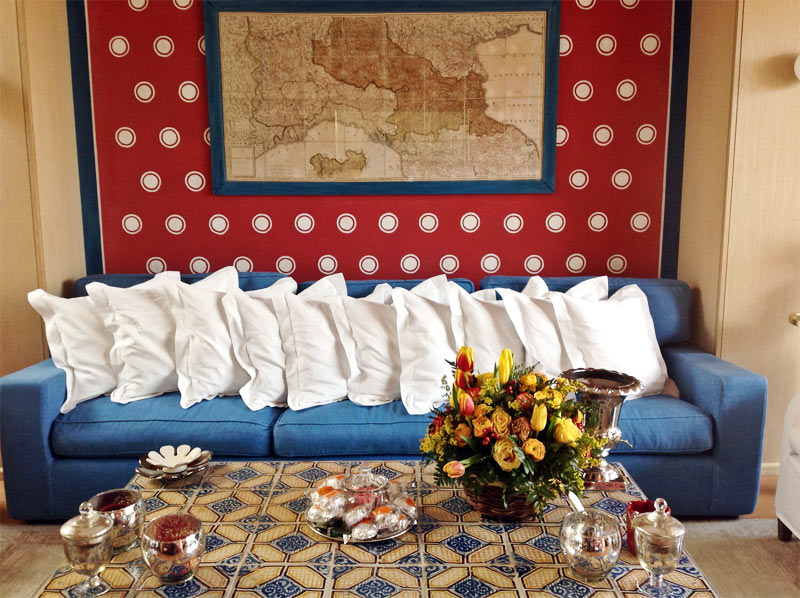 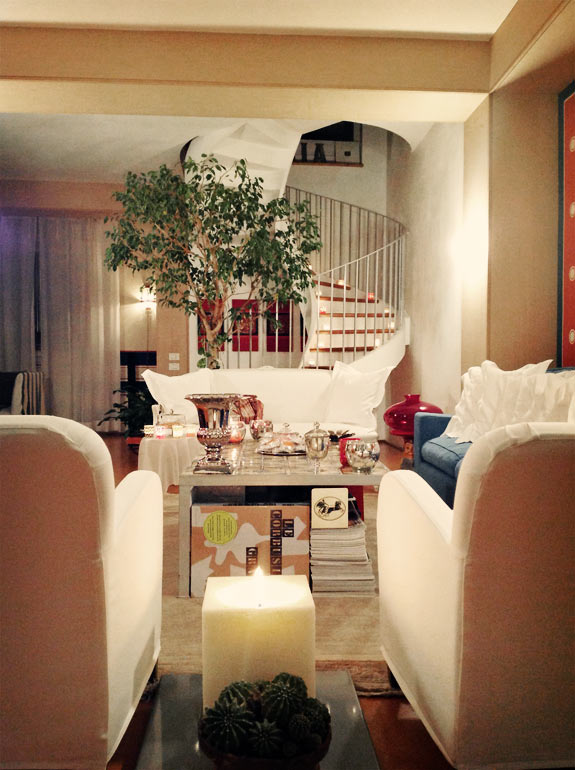 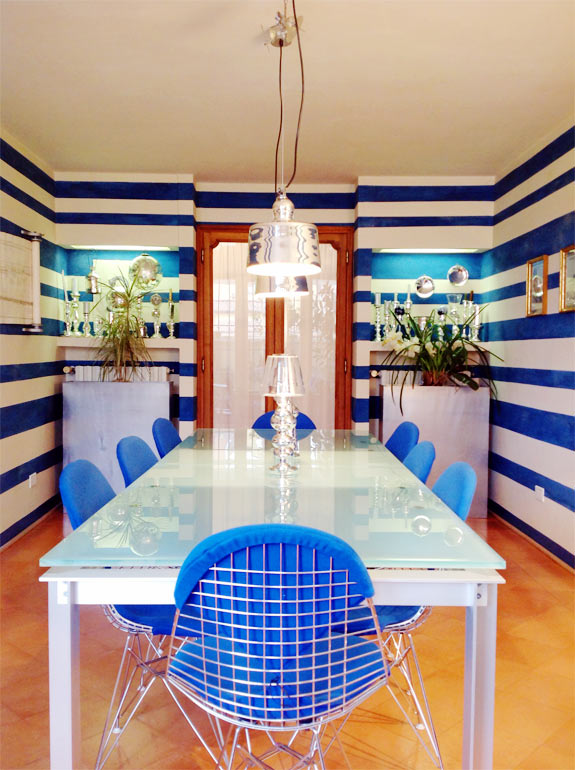 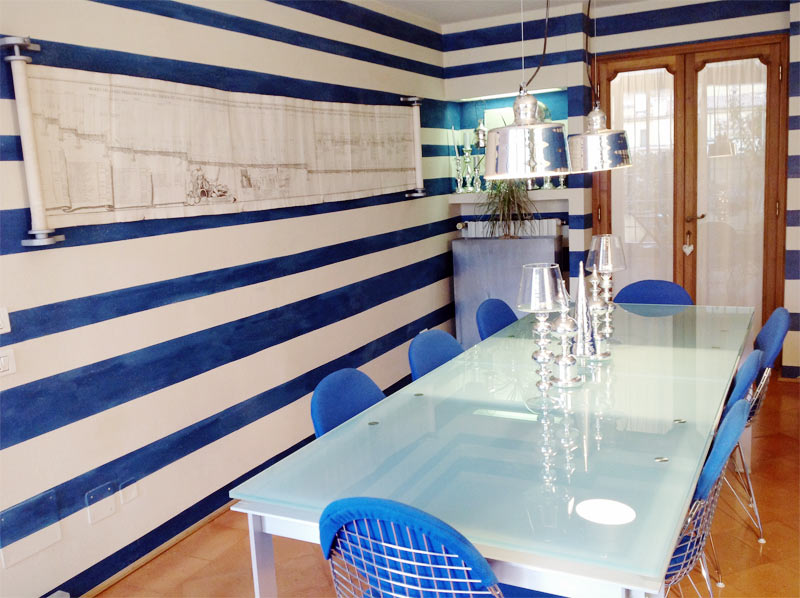 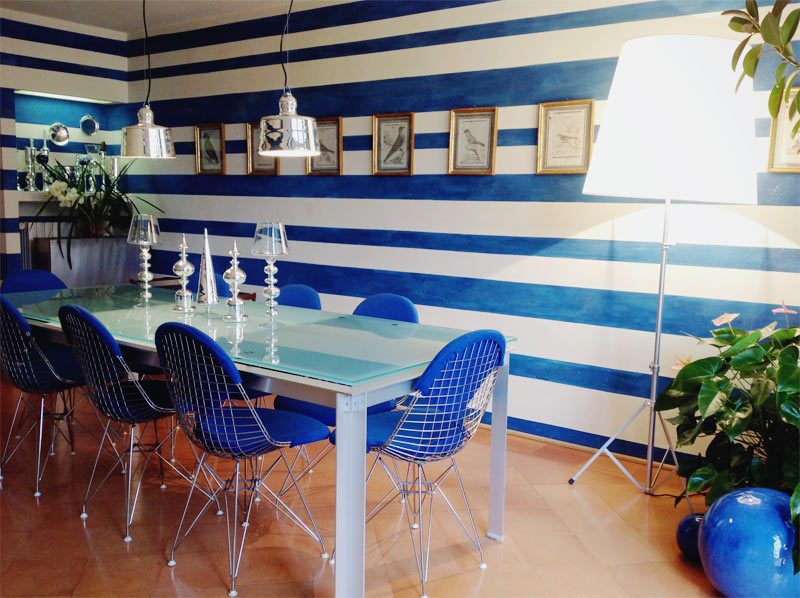 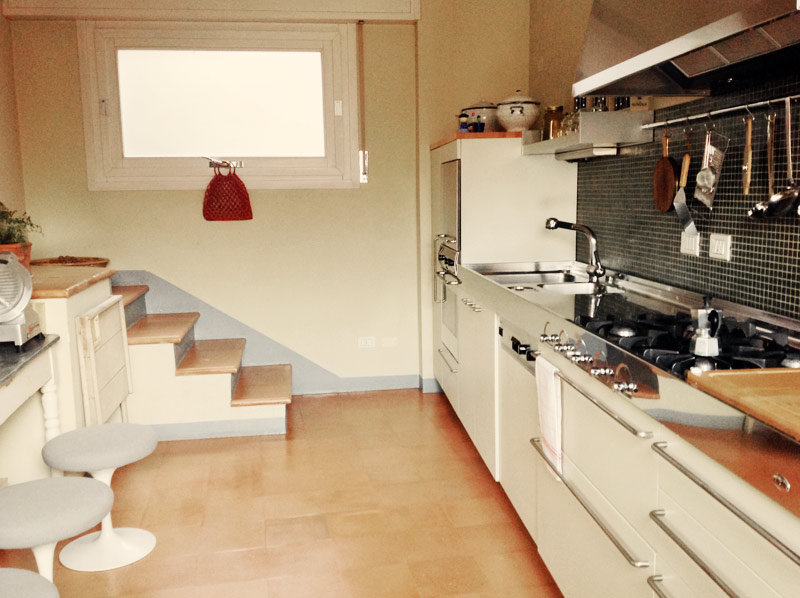 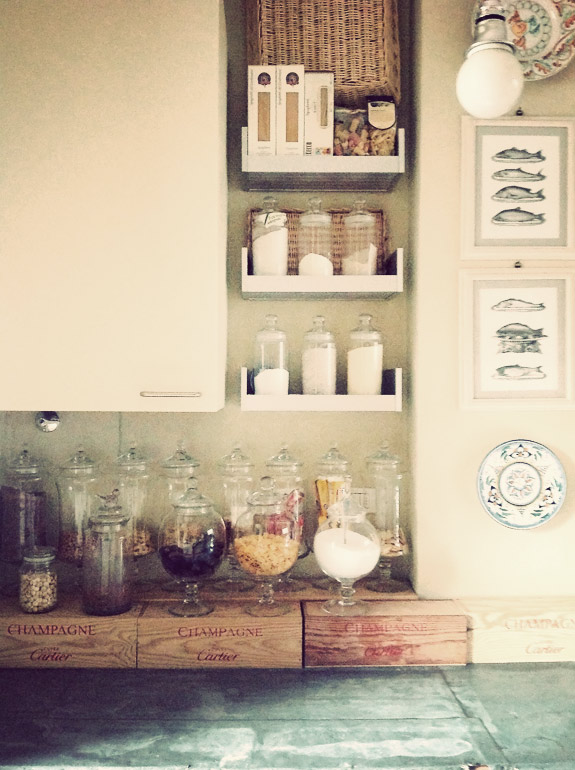 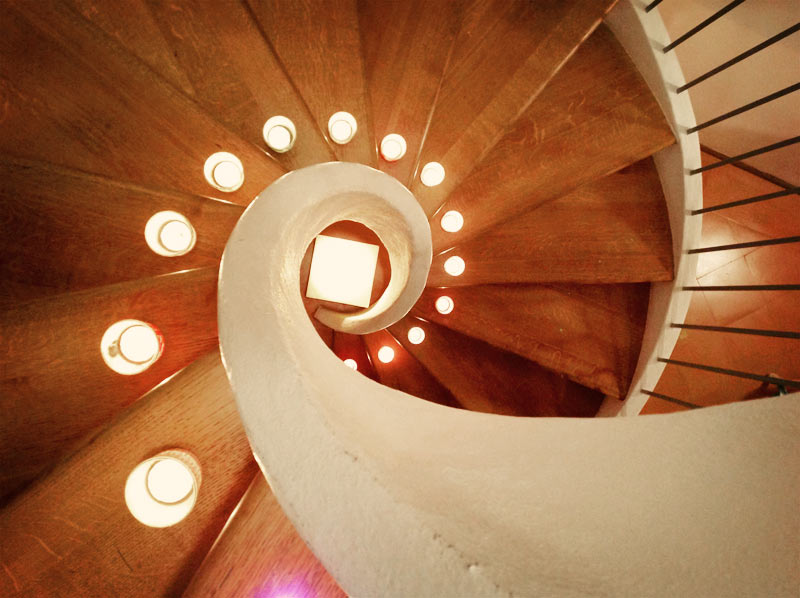 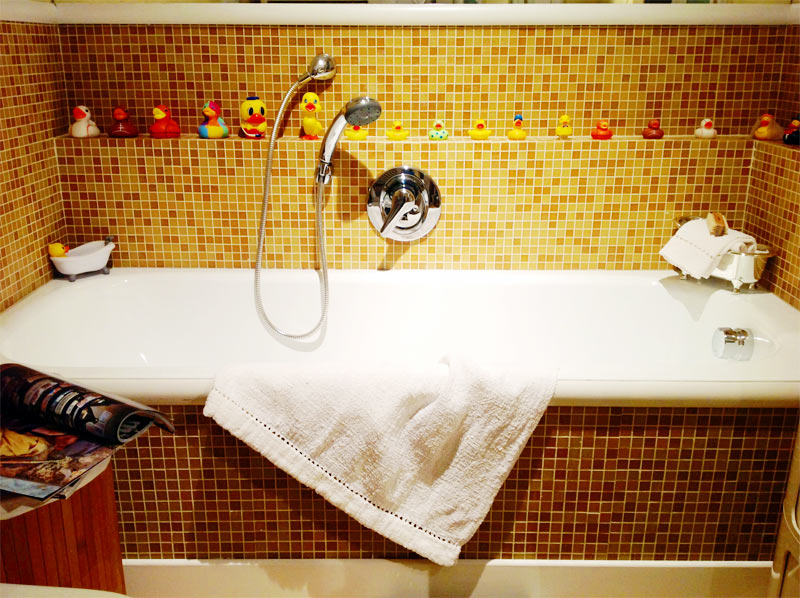 And as a bonus that brought back so many memories of my childhood (unbeknownst to Gaia), she added this photo of one of my favourite Italian treats, sfrappole (or crostoli as my family called it). It’s so light and scrumptious and I haven’t had it in years. 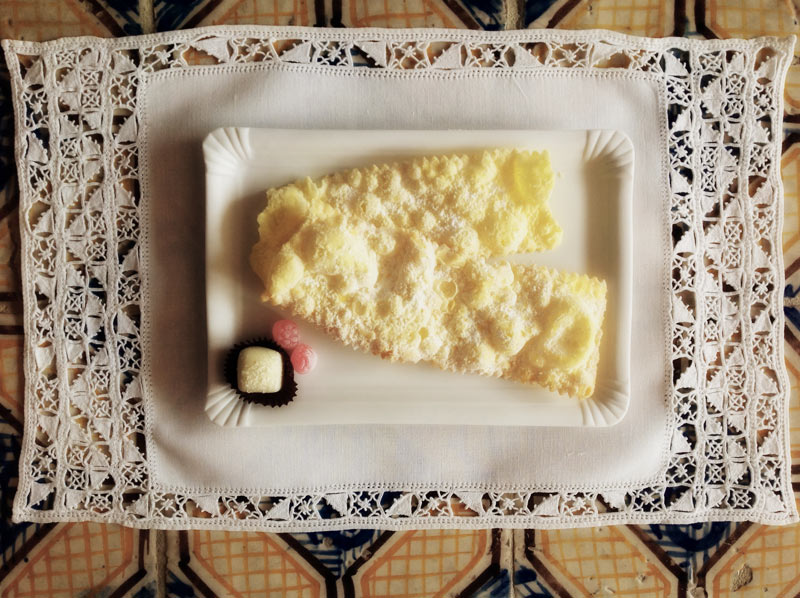 A lot of cool stuff, especially in the LR. But TEN pillows on the couch? yikes! I am guessing it is o.k. to toss them on the floor if you want to actually sit in the couch. 🙂 Don't like the DR walls.

The stairs in the kitchen are interesting!

All the rooms of the house look so different and unique. Great inspiration!

I love it! Compromise need to add a little hubby likes into the mix. I especially love the glass container in the kitchen sitting on top of the wood champagne boxes. I'll take a few of those please! 🙂

The whole house looks really great, but I just love how are organized the books under the table. The big old map on the wall looks also interesting in that frame. Congratulations on your house and it's great that you've placed so many plants in it. The big tree near the stairs looks great. Good job!

all is good but all those cushions on the blue couch, really? too much of everything. i would put half of what is on display into storage. the end result would not be minimilist but it would be less shoplooking. this is your home not a displaycase for a shop. try it.

I partly agree with the husband. I do like several elements of the salon/living room. But it's overdone. Including the blue sofa with too many cushions. And the dining room makes me dizzy just looking at fotos. ! The bathtub is fun with all those rubber duckies. And the kitchen is really nice. Some fun elements and furnishings, but overall I dont' feel that it works. Less would be so much nicer here. And then it could be fantabulous.

I agree with the husband. This place it's overdone. Sensory overload.
I do like big tree and kitchen cabinets.