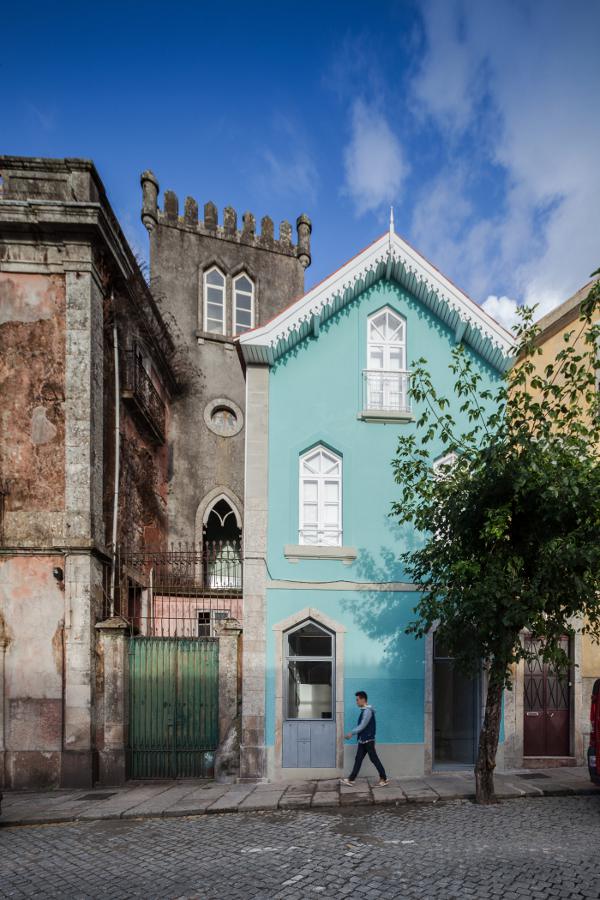 Returning from Brazil in the late 19th century Portuguese migrants brought not only new wealth but architectural influences from their adopted country. Who would have known that a chi chi alpine chalet design would have been popular in Brazil at the time? Fast forward to the 21st century and the”Chalé das Três Esquinas” (Three Cusps Chalet) in Braga, Portugal was in desperate need of repair. Tiago do Vale Arquitectos have breathed new life into the crumbling building with a lightness, a transparency that is defined by the sinuous original staircase that rises through the newly opened spaces. A modern work and live space in a reborn historic building. 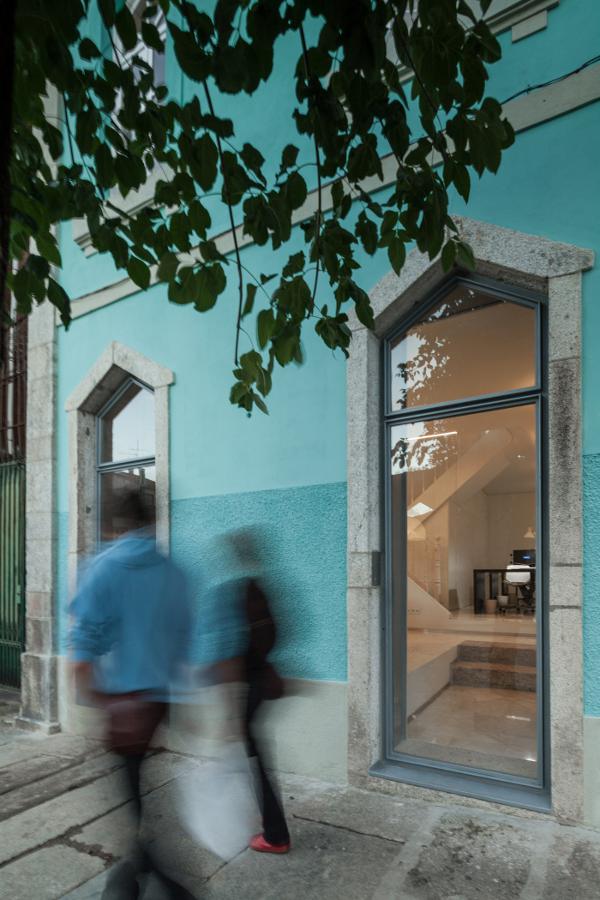 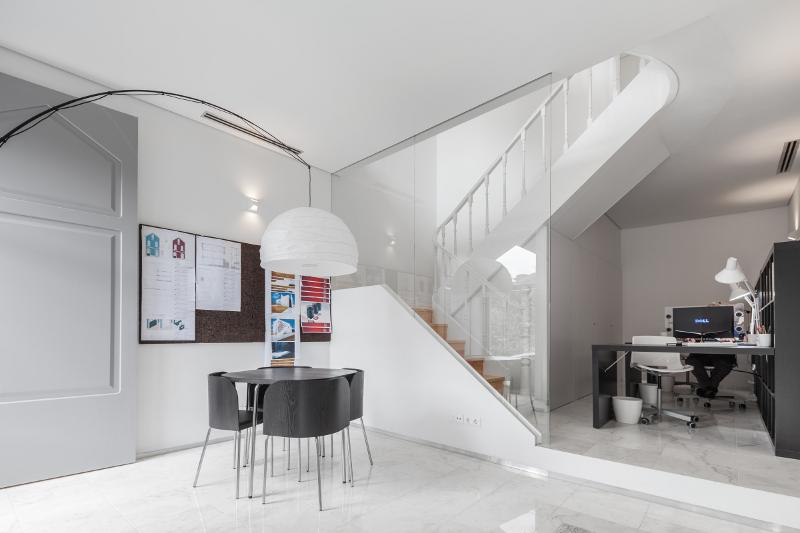 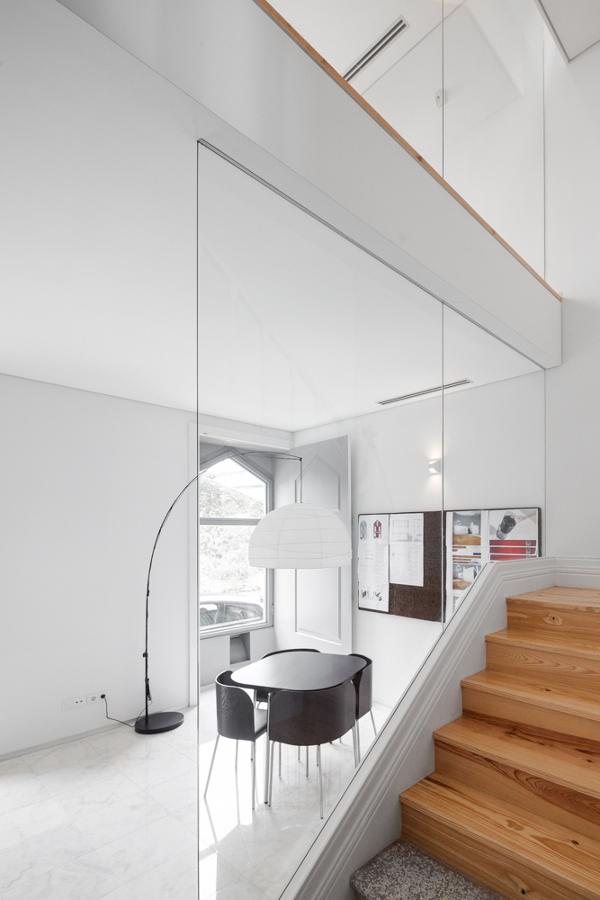 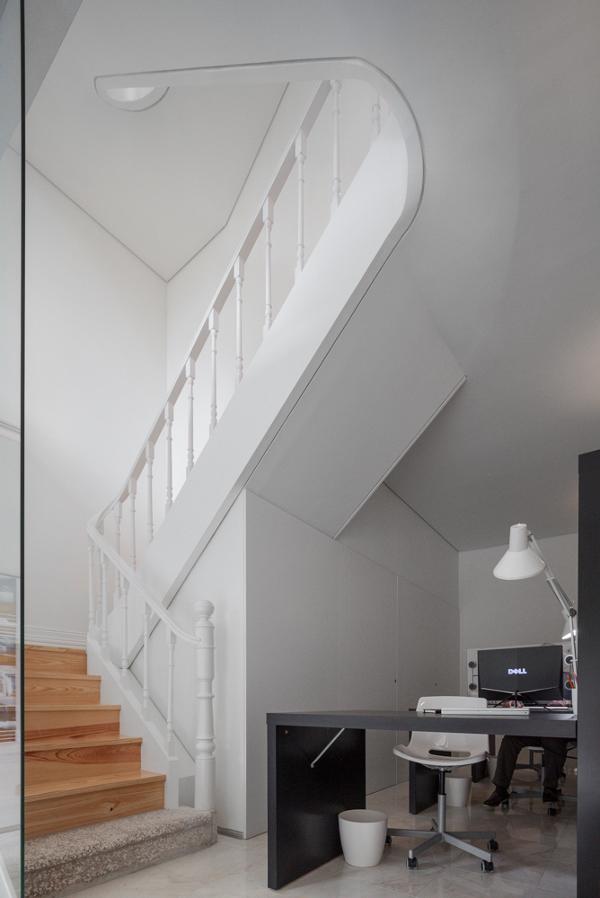 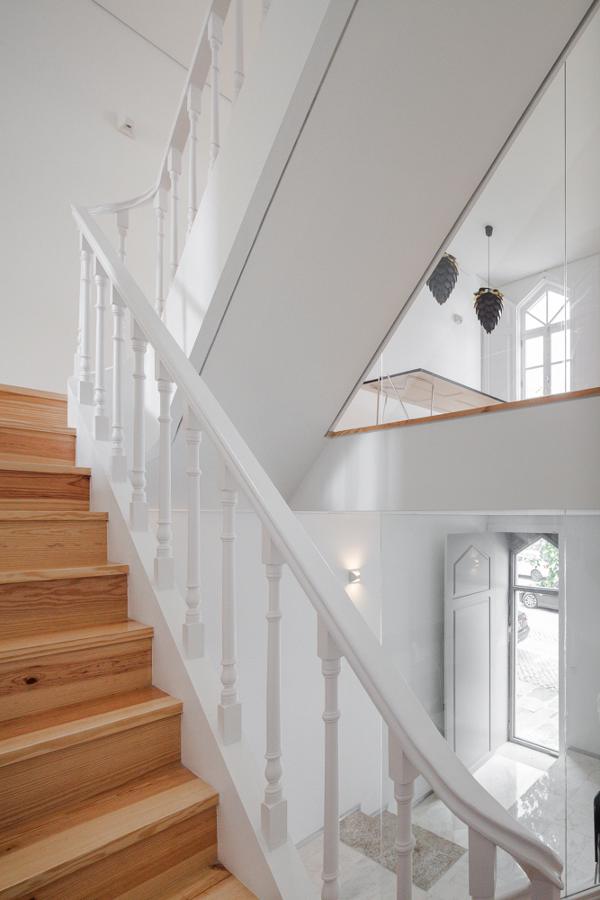 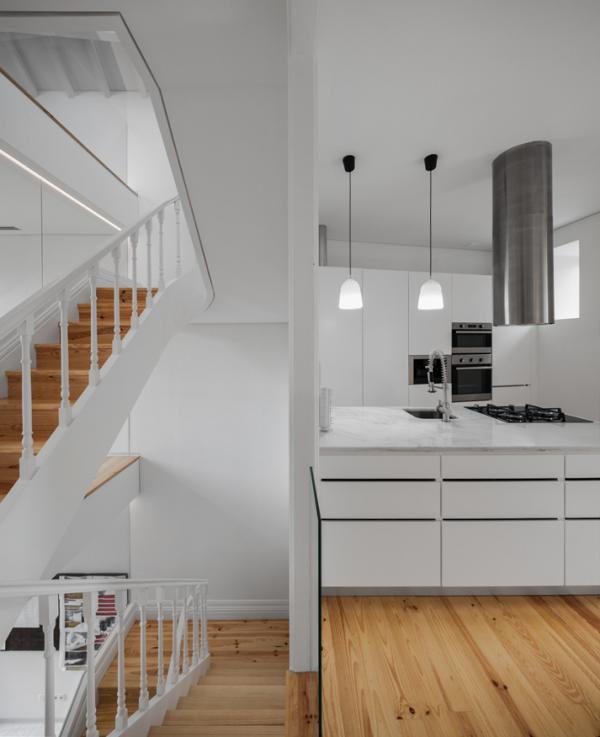 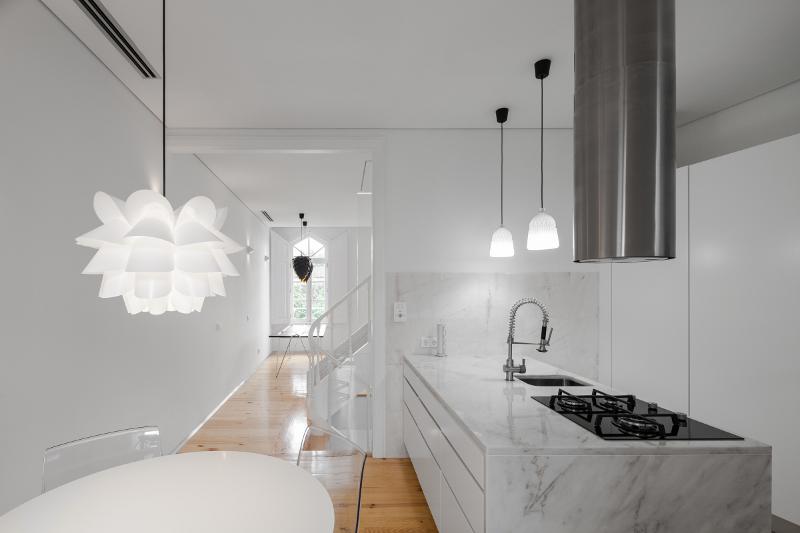 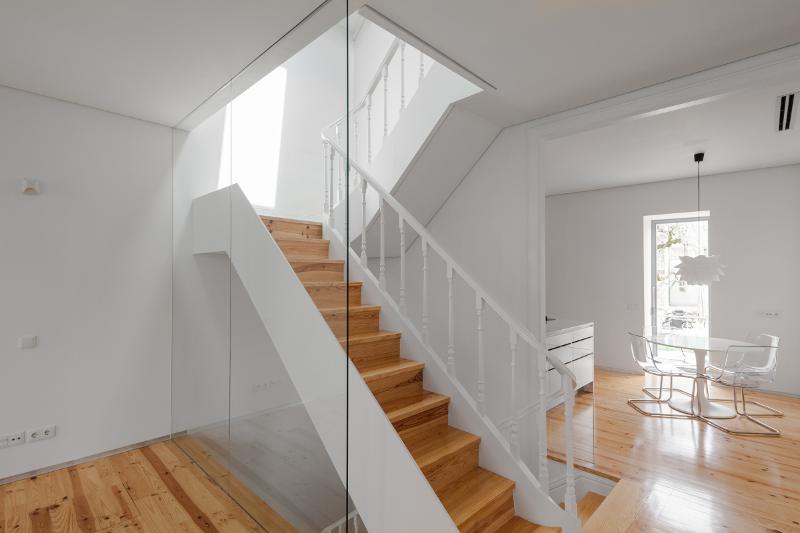 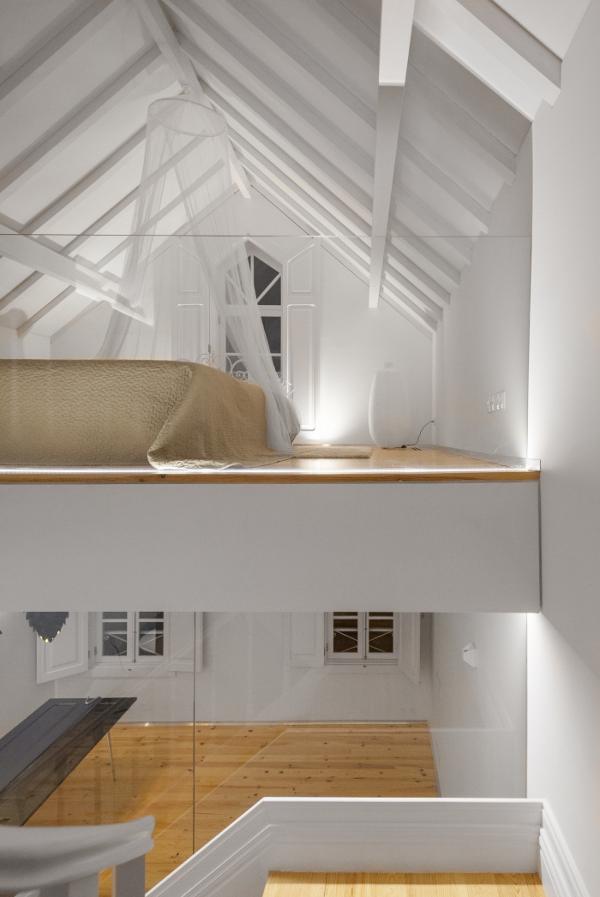 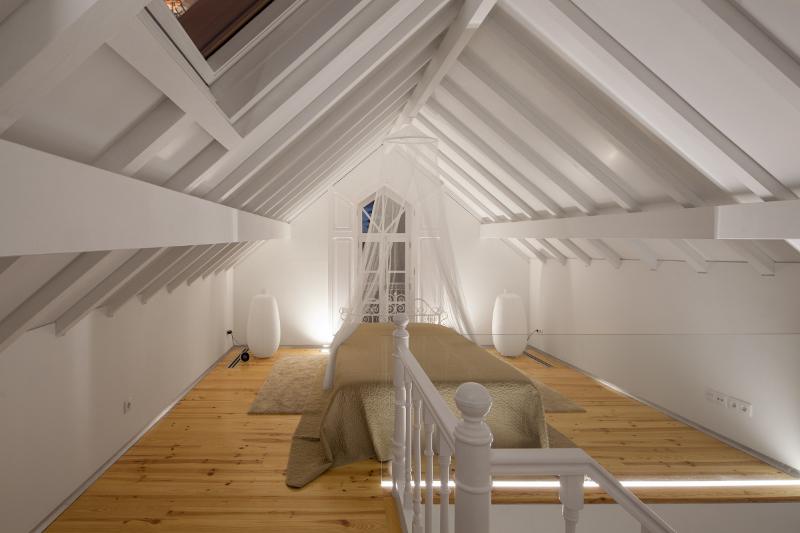 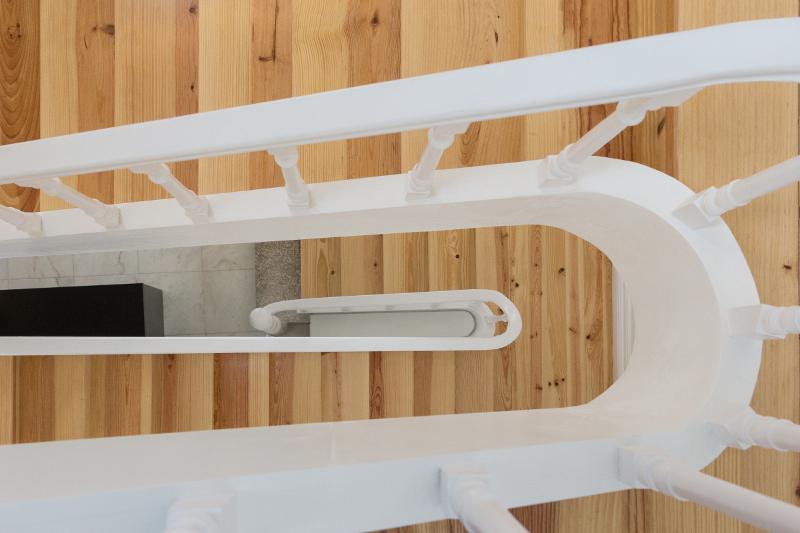 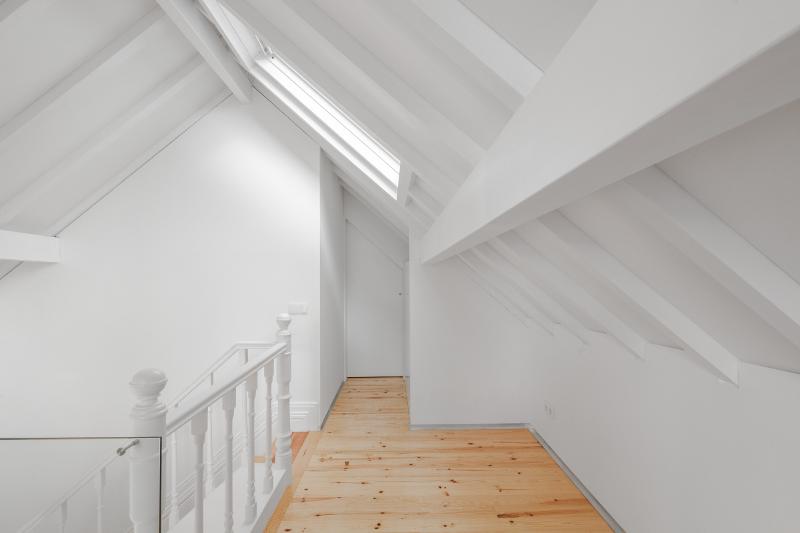 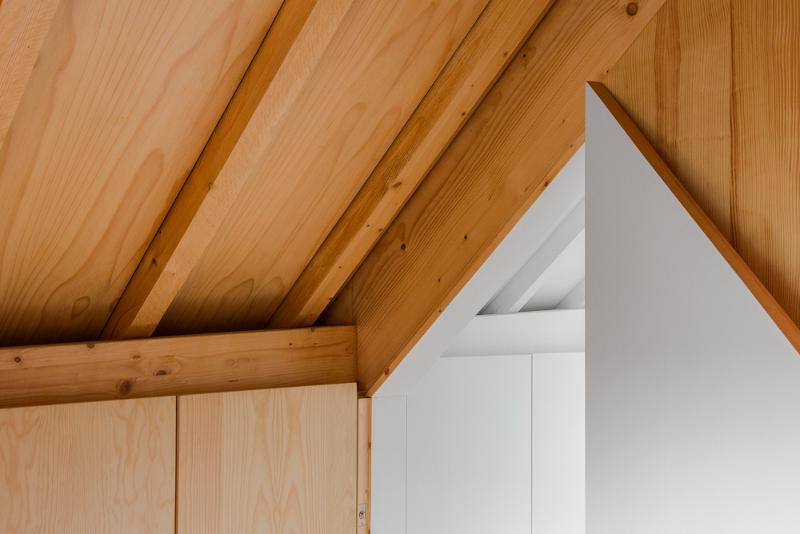 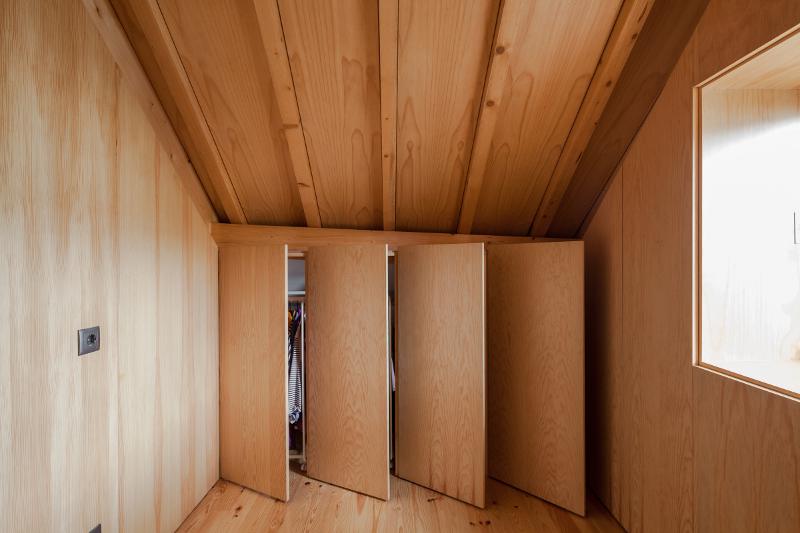 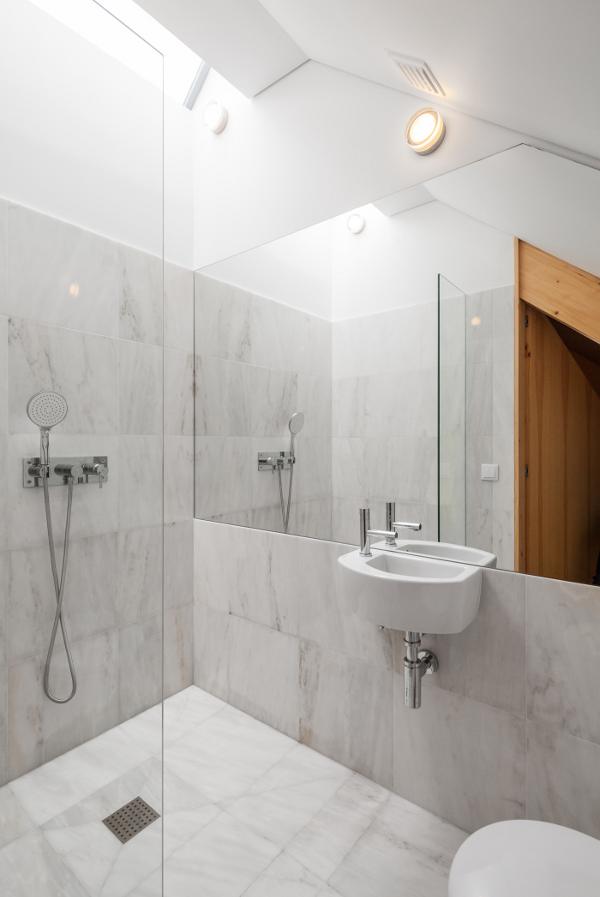 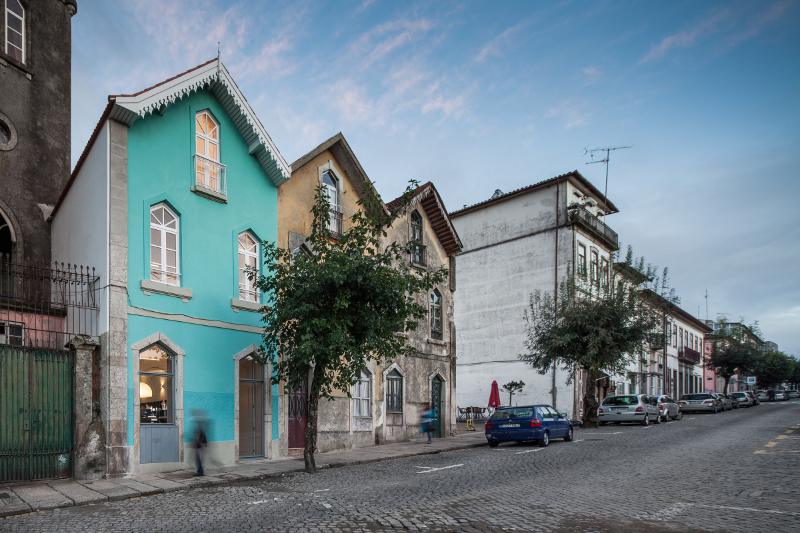 Scary stairs. Narrow and steep. I think the decisions about what to put where must be very personal… I don't see them as comfortable in a hot climate. Then again, the house might be practically chilly in the middle of summer, there are buildings like that. 🙂 Great intro, Jo.

A Notting Hill home with a dreamy kitchen

A chic and singular townhouse