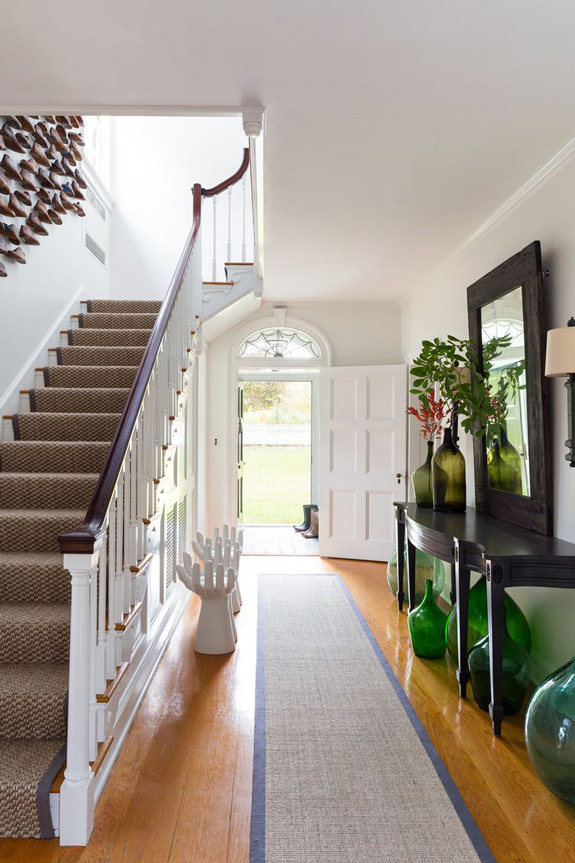 How would you like to spend your weekends at this countryside retreat? The design team at Chango & Co. transformed this Litchfield, Connecticut gem for a family to escape to from their primary residence in Brooklyn. Sitting on 5 acres, the 6500 sq ft home is now a fun home filled with personality, compared to its stuffy, old fashioned past. As acting architect and interior designer for the project, we had a long to-do list, but we made it a priority to preserve as much of the character of the house as possible. The kitchen was demolished down to the studs to provide an open floor plan, asbestos abatements were performed, lines of gas, plumbing and electric were relocated and ample amounts of structural work were performed to get our space ready for its final custom finishes. Everything in the kitchen was designed and fabricated from scratch, everything and the kitchen sink. A massive solid white oak kitchen island topped with a 12 foot seamless slab of honed Calacatta Caldia marble became the centerpiece, and marble-topped custom cabinetry housed a 1,058 pound 5 Oven AGA range and a custom farmhouse soapstone double sink. Photos: Ball & Albanese (Check out a previous feature of their work here). 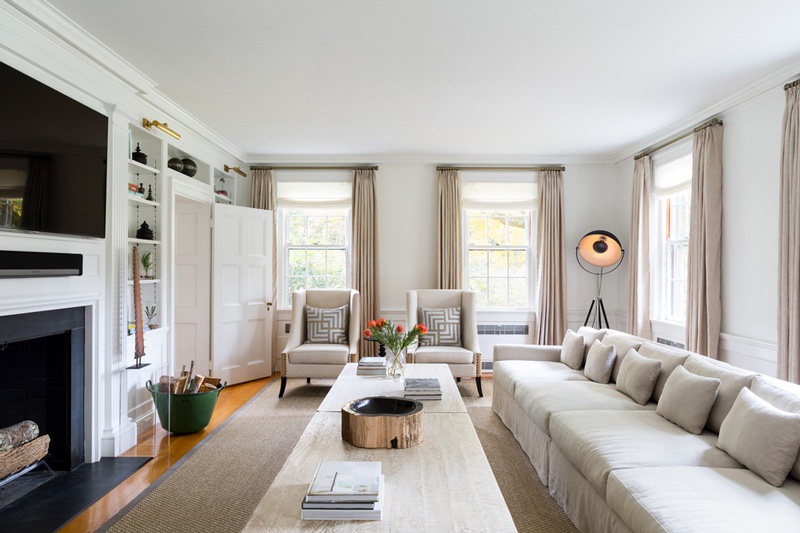 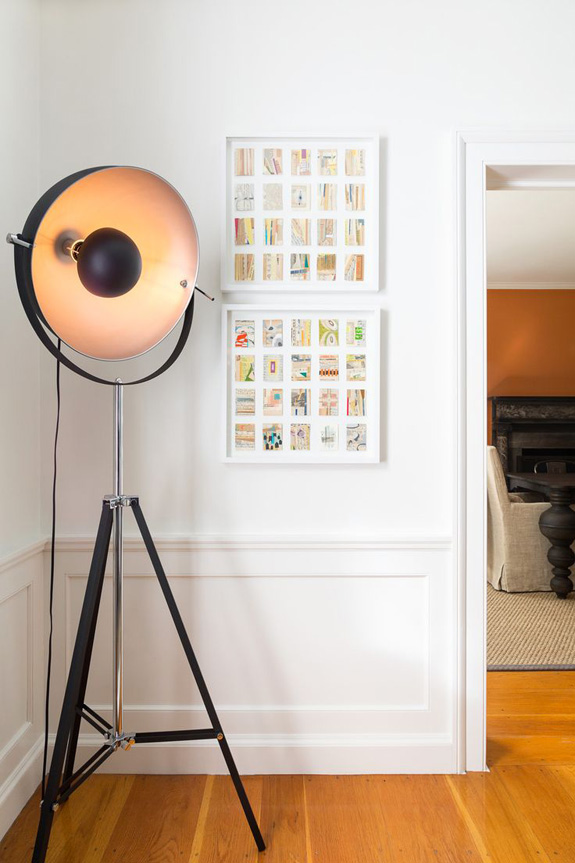 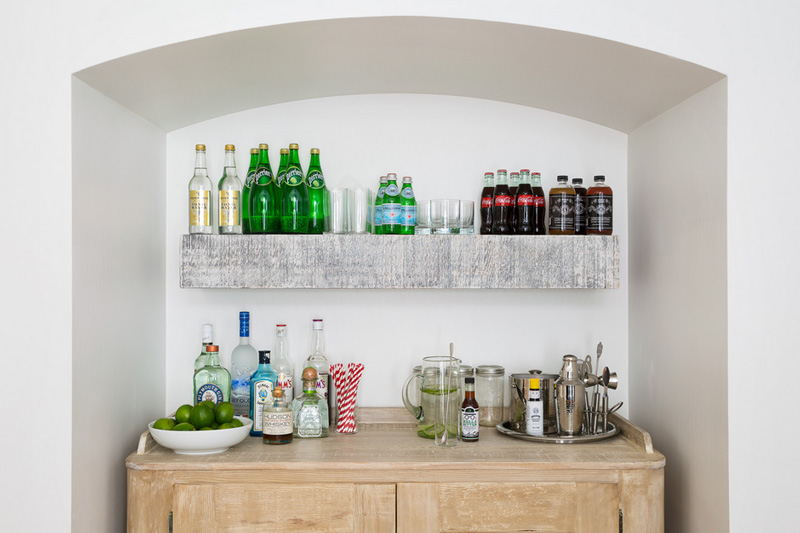 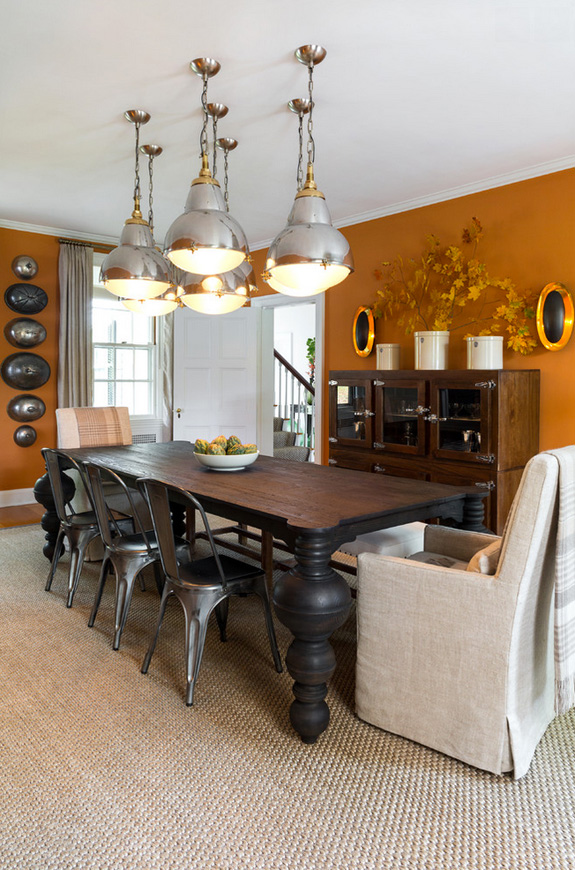 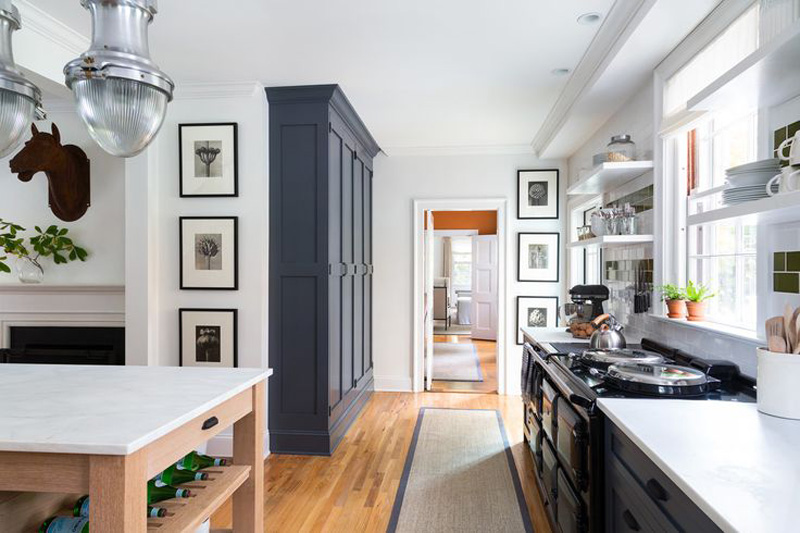 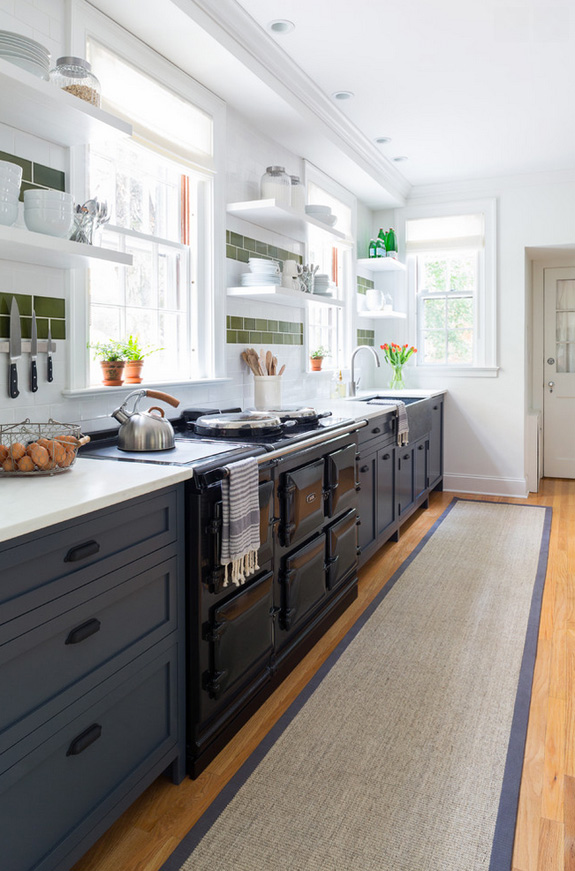 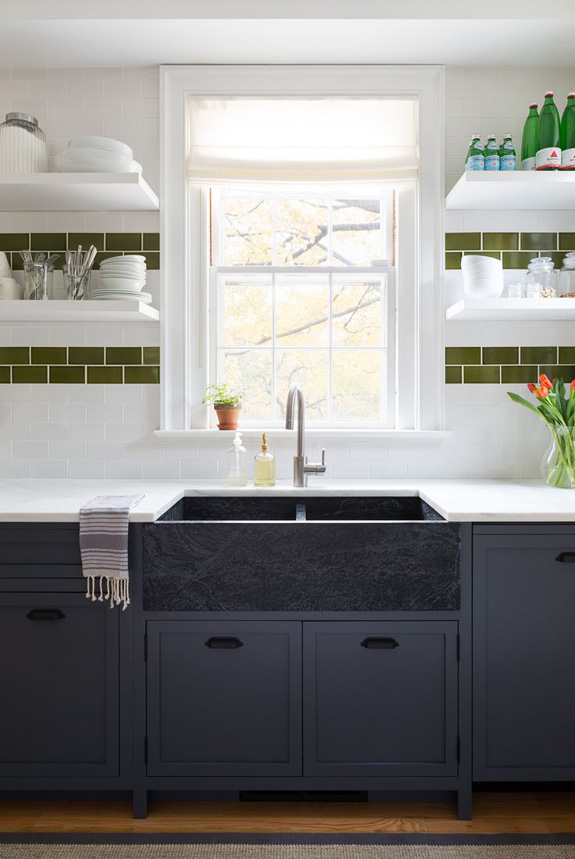 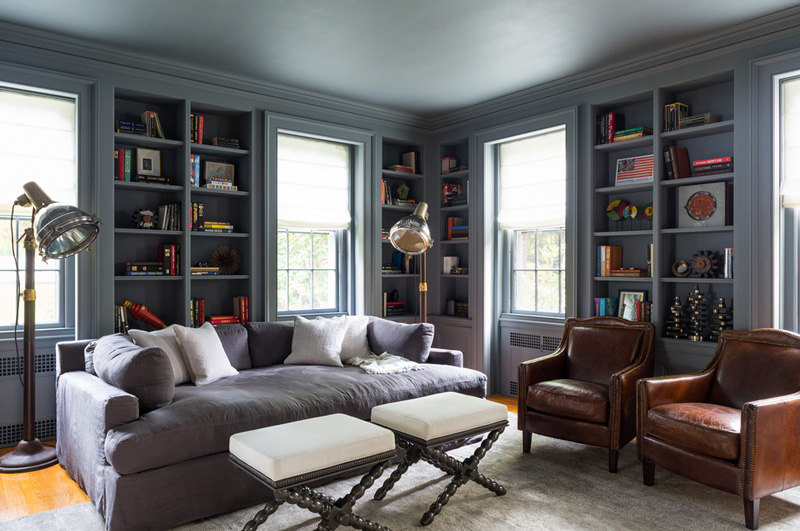 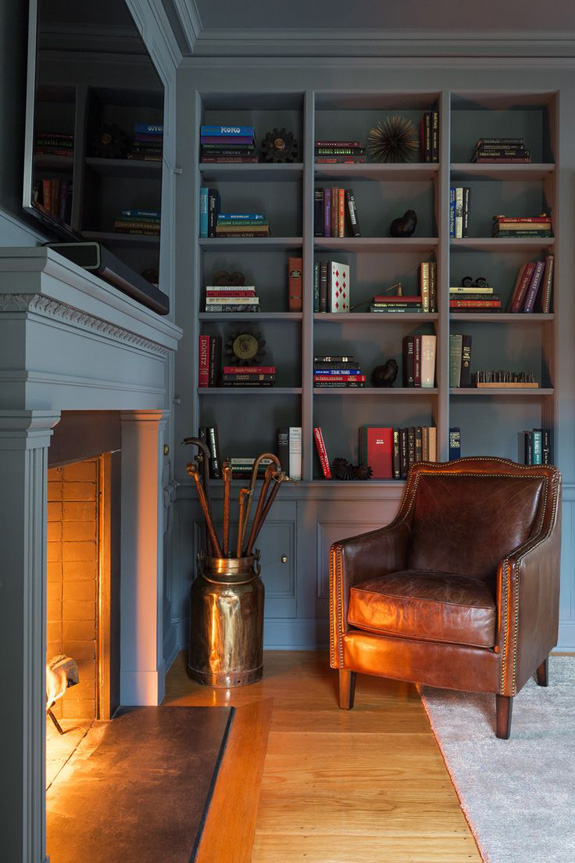 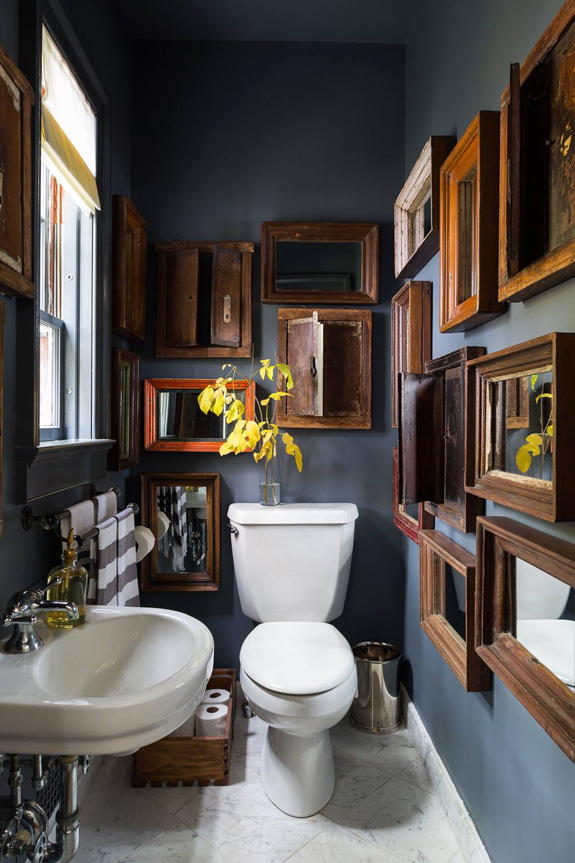 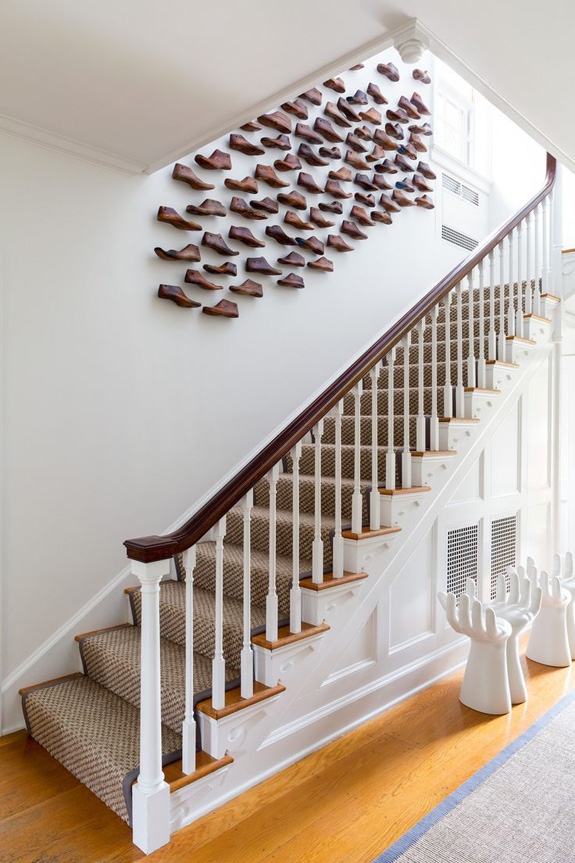 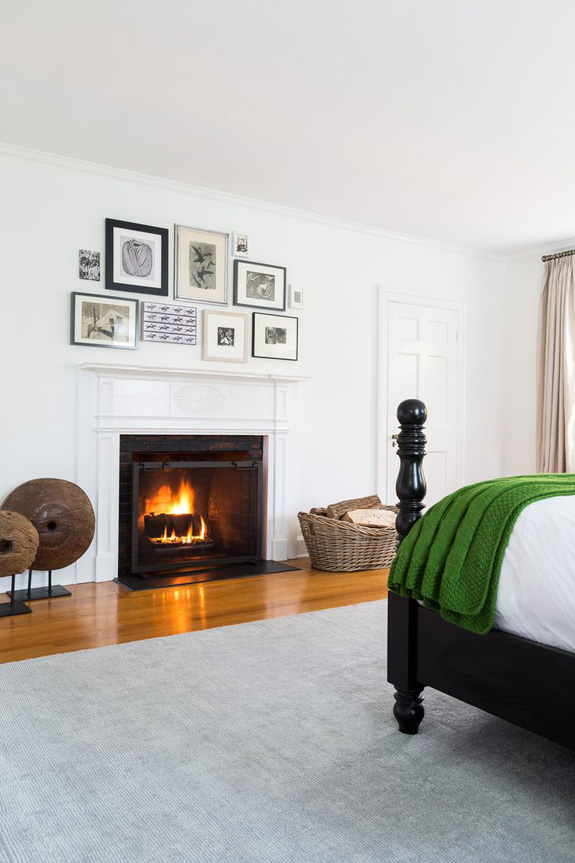 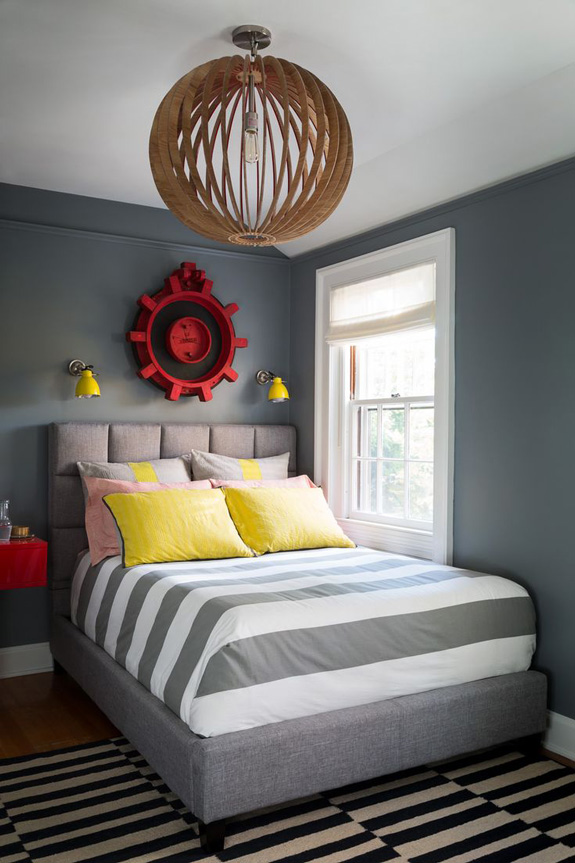 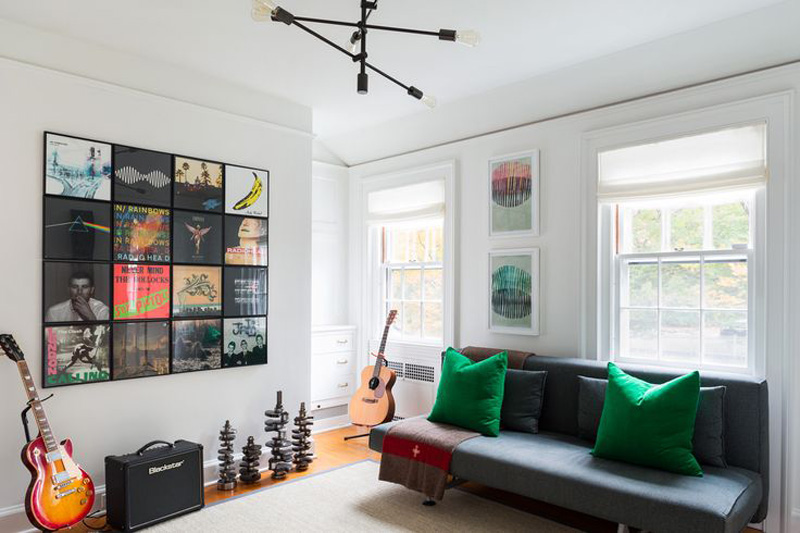 I realize this is an old post, but I really like the library/office fireplace. Would you happen to have any more pictures of it? perhaps a straight on view?

Sorry Josh that’s all we have 🙁