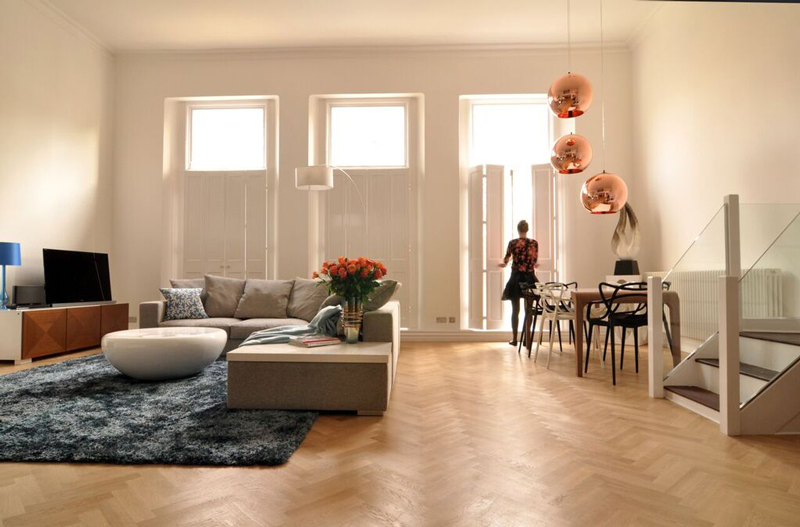 Alex of Kia Designs sent over photos of a property they designed that is soon going to be listed for sale. It is lofty with huge windows which are both bonuses in my book so I had to share. This particular property was once the ballroom of a grand townhouse on the Chelsea borders in London. The space had previously been converted into a pokey two bed, 1 bath flat with large mezzanine and windowless kitchen. It felt very much like a student let, with compromised ceiling heights and awkward room sizes and no storage. You were very aware that you were in a room which had been chopped up. We emptied it and started from scratch, highlighting the grander elements, like the stunning windows and balcony and the vast ceiling height. We then moved the kitchen into the living space, so that you actually got to enjoy the view. In it’s place we put a personal gym, as the flat is in an area which oddly lacks one, despite being full of prime clientele. We included lots of storage in the entrance hall and enlarged the downstairs bathroom. The original mezzanine space became a grand master bedroom, with a walk-thought wardrobe into a hidden ensuite. The Tom Dixon copper lights were bought a few years ago, so they were quite unusual at the time they went in…. Did I mention the windows?! GORG! If I bought this space I think I would want to highlight them a bit more – maybe paint the frames and shutters black. I would splurge on some massive art work and a tall ornate gold vintage mirror for over the fireplace. Such a great space to play around with. 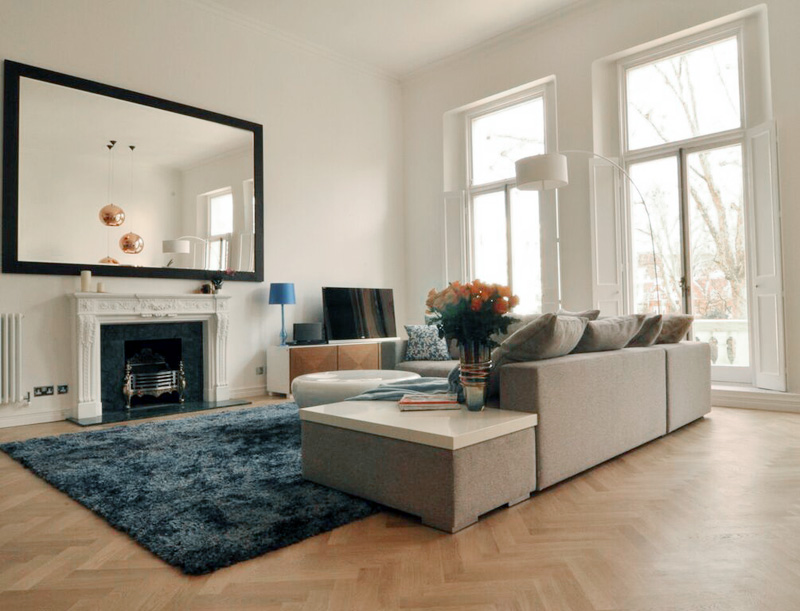 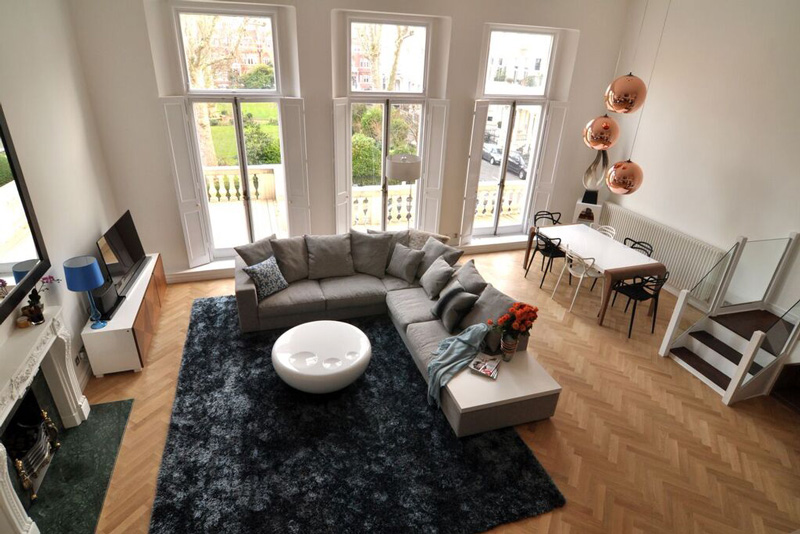 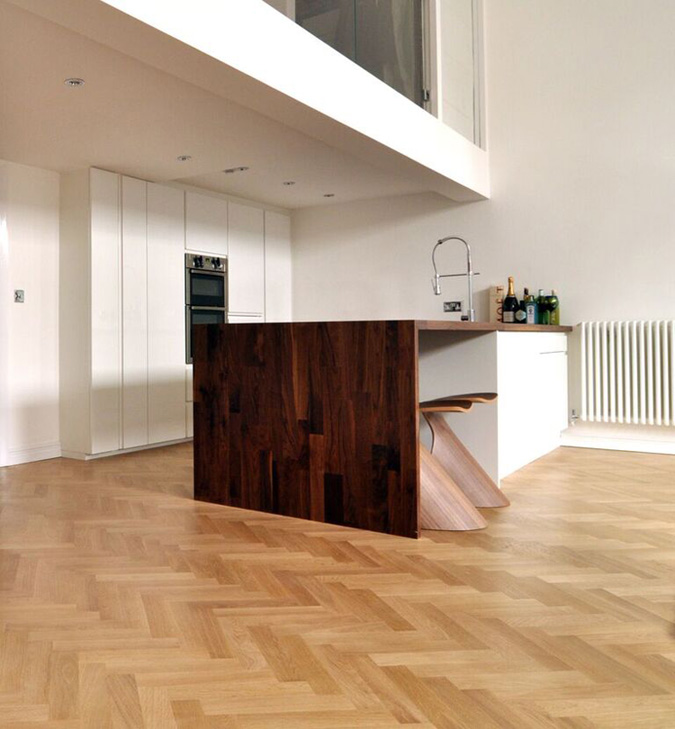 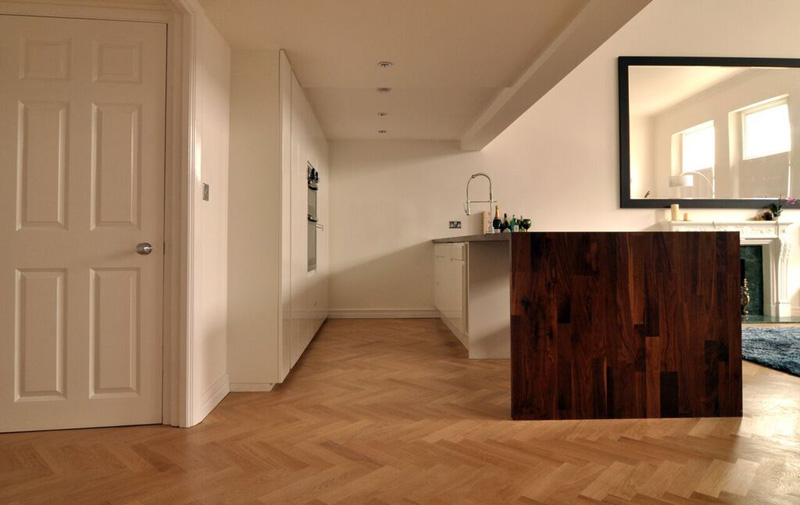 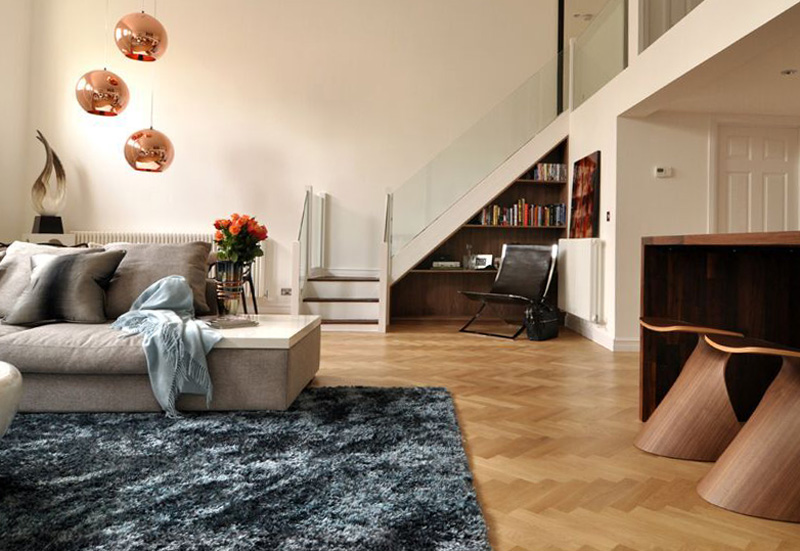 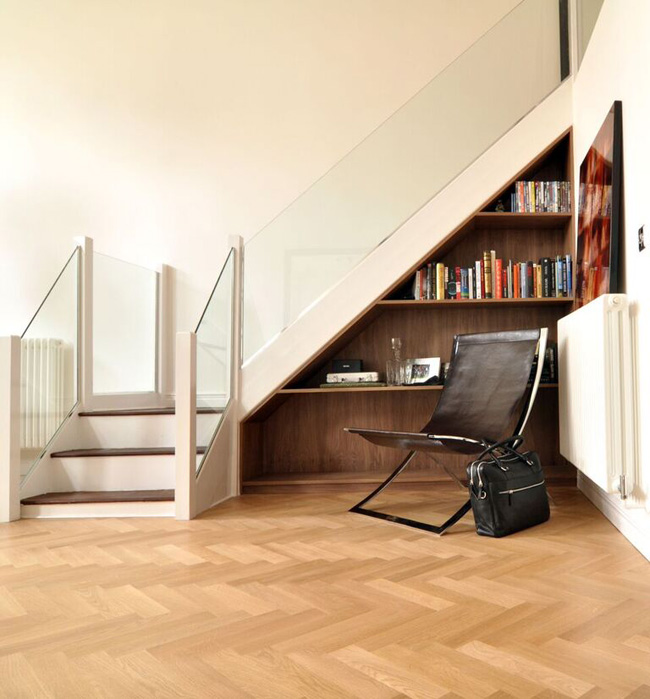 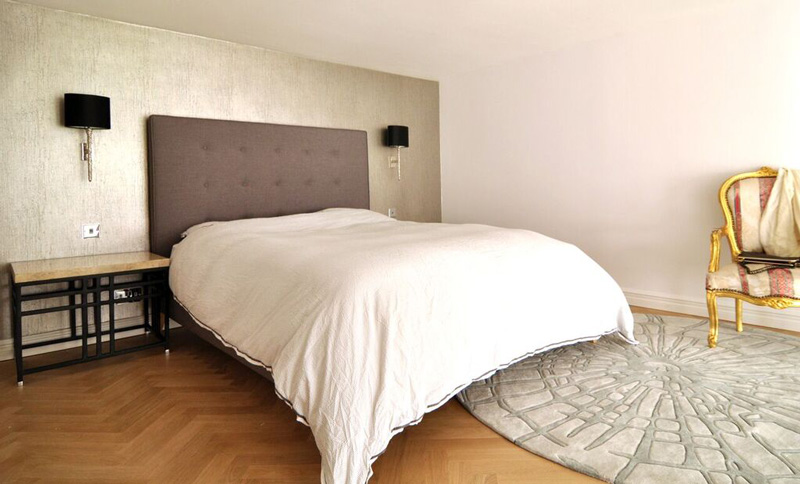 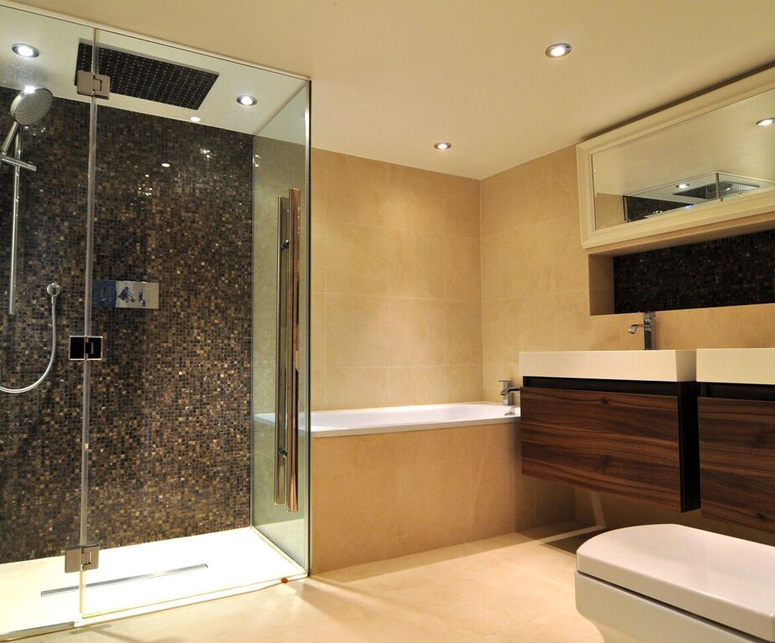 Thank you so much for featuring our work. So lovely to see it on your wonderful website!

A sofa with pizzazz would have done wonders…