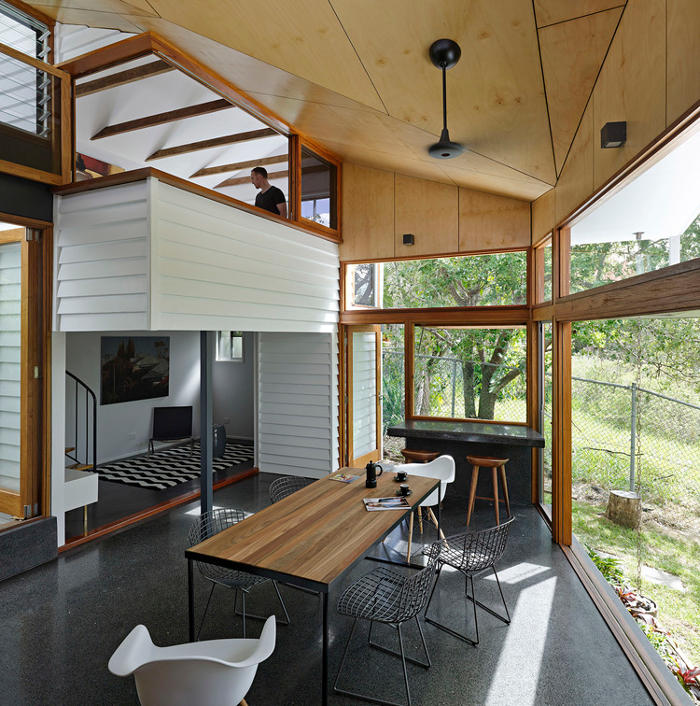 “Additions reflect upon the lives of both the inhabitants and the houses themselves. The in-between room is a small, celebrated addition at the rear of an existing Queenslander, one which binds and redefines an existing detached two level tower and claims the interstitial space as its own.

This new room is designed as a counterpoint to the interiors present in the original house. An ‘exploded space’ which recognises the external walls of both house and tower as its positive edges and treats the remaining elevations as transparencies. A threshold territory engaged with the landscape, accessing the long distant views. The internal belly of the folded plywood ceiling follows the geometry of the frame, drawing the eyes up in an unobserved chapel effect. The grounded concrete slab alludes to the notion of an external courtyard, indeed the in-between room has been designed as an ambiguous space considered more natural when opened than closed.”

Exciting new Australian architecture that explores the sense of place and space as well as the interaction between occupants and building. In-Between Room by Brisbane-based Phorm architecture + design. 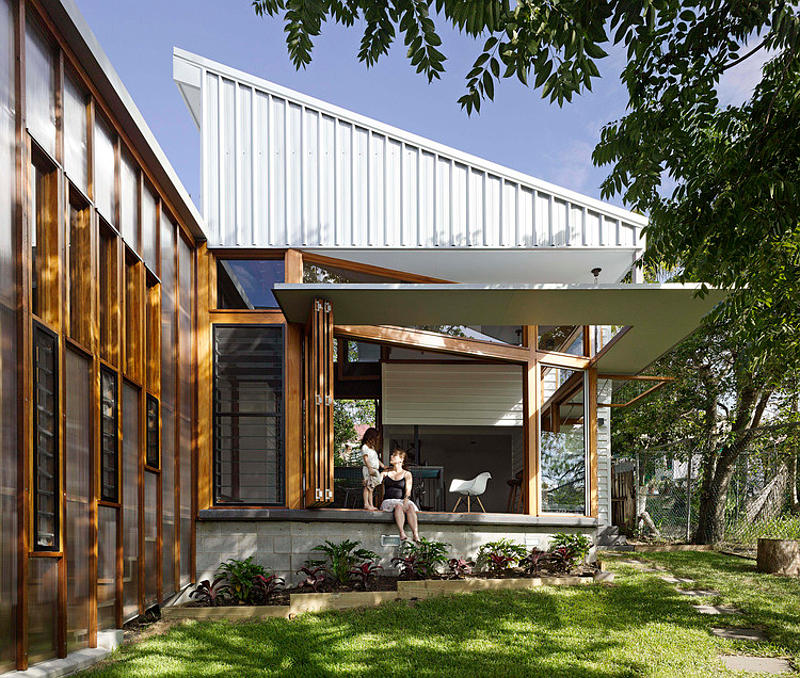 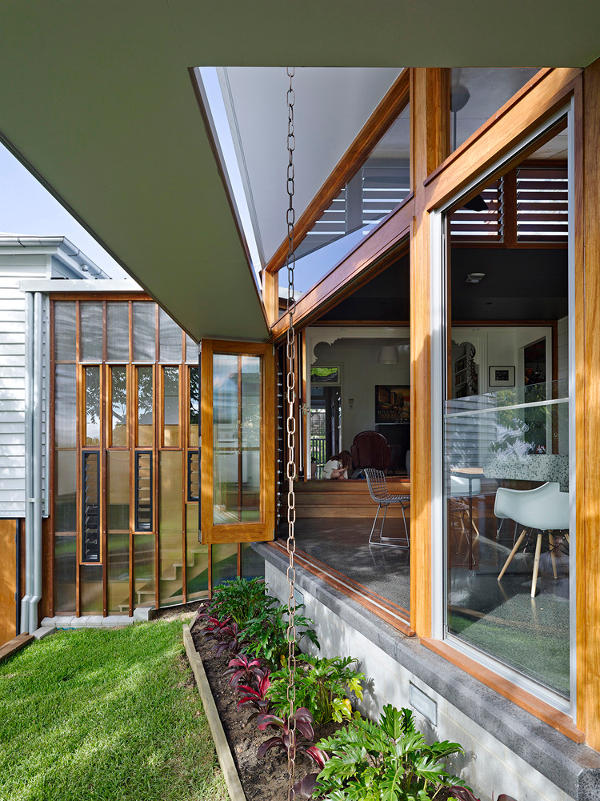 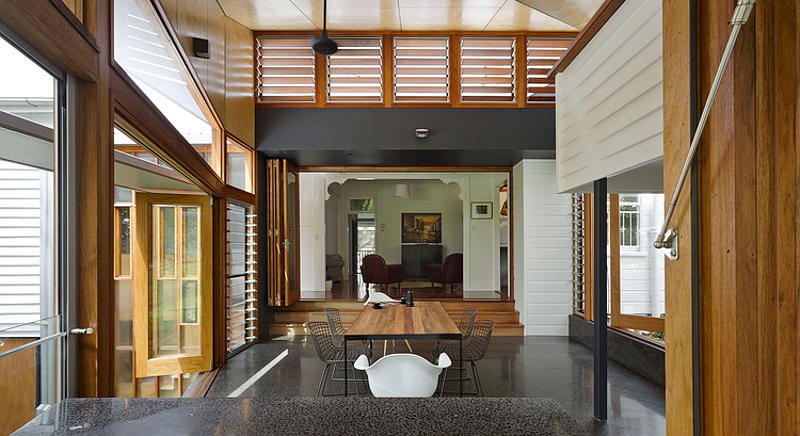 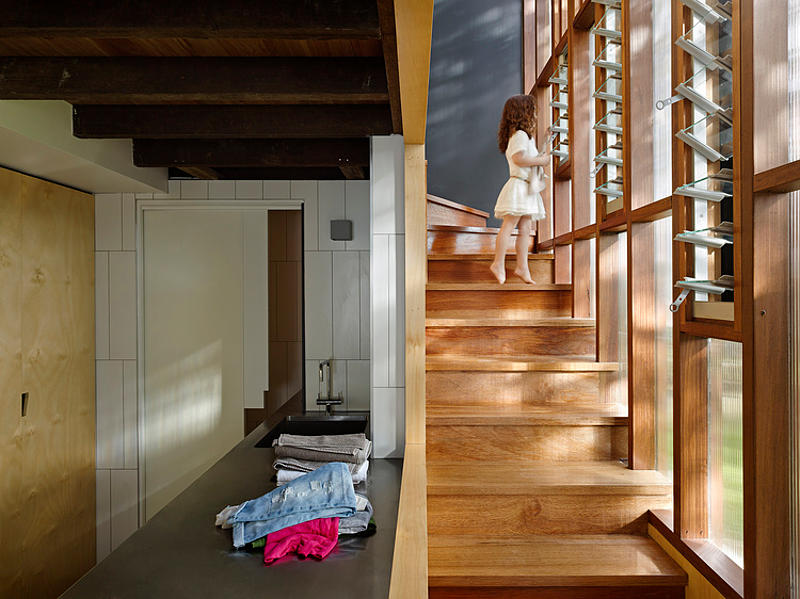 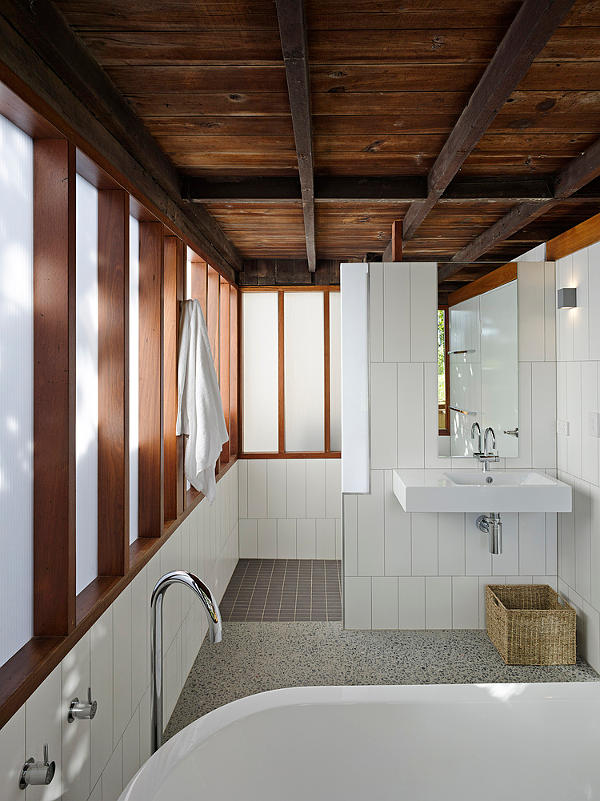 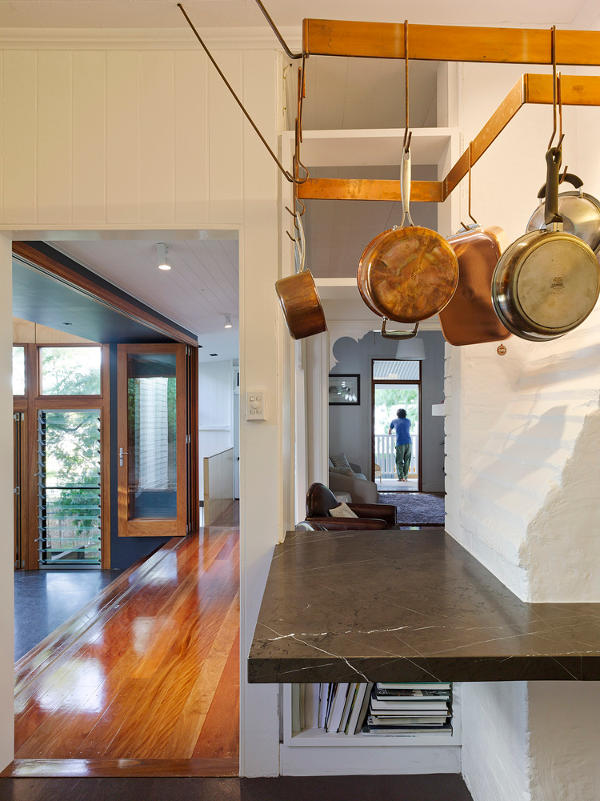 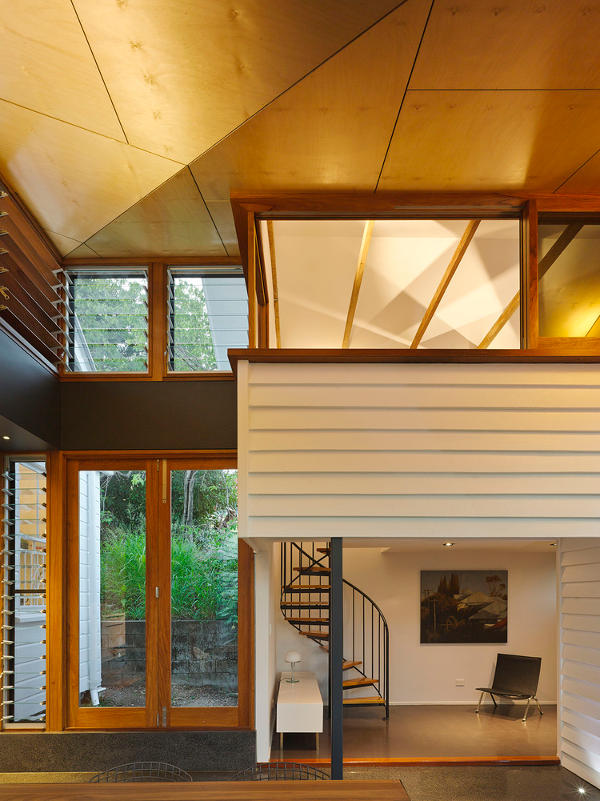 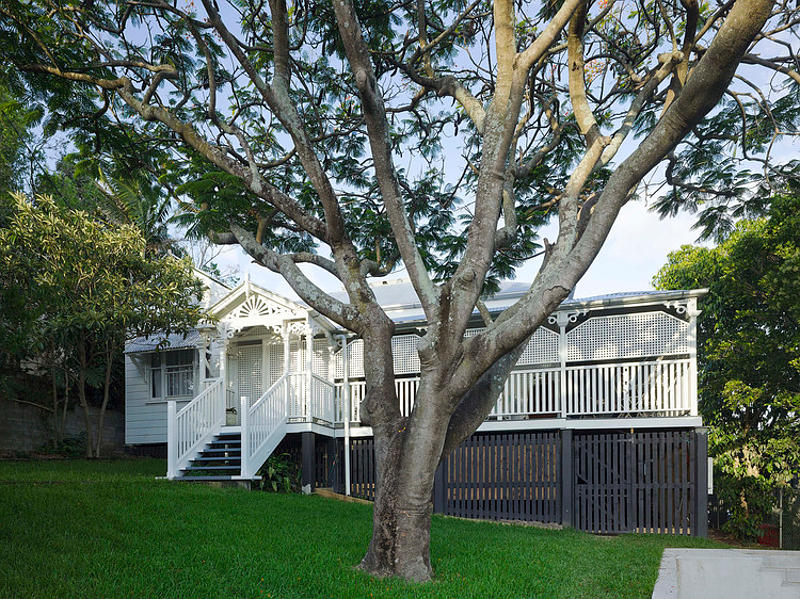 I live in USA, but if I had the opportunity I would like to have such a in-between room in my house. It's something very unusual and functional as well. It can definitely change the look of your house and its owner. I totally liked it!

This project reminds me of why I fell in love with Australian design decades ago when I chanced upon a copy of Casa Vogue Australia. The pragmatism, the louvered windows, the earthy modernism and lack of pretense. Thanks for posting.

To me, perfect! My only worry is the open door window/wall – I love them but aren't there dangerous snakes in parts of Australia? Brave souls those Aussies!

Colour in a Berlin Townhouse