Books from The Vendome Press 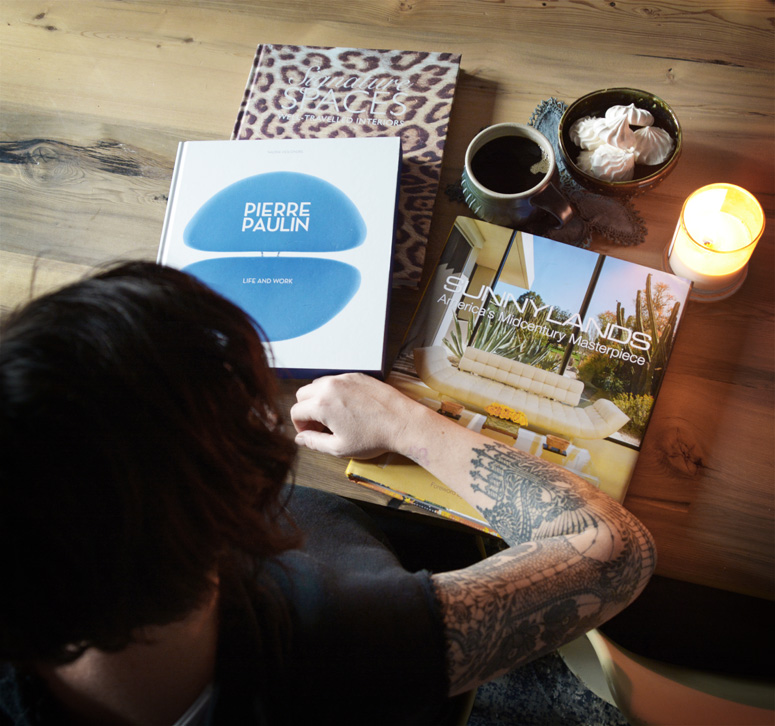 I got my grubby paws on a few new books from The Vendome Press recently and they are coffee table must-haves that are of the leave-on-top-of-the-pile variety so you can peruse them over and over again. 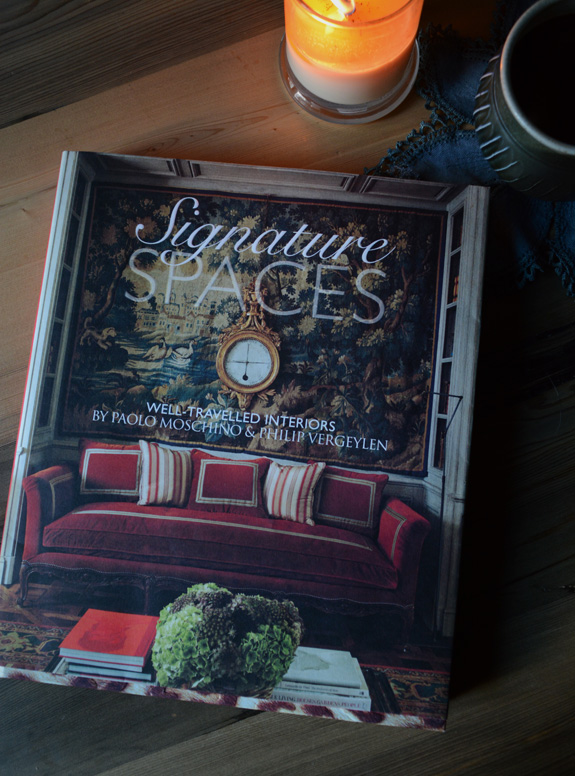 First up is Signature Spaces: Well-Traveled Interiors by Paolo Moschino & Philip Vergeylen, photography by Simon Upton. This lavishly illustrated volume explores the interior world of Paolo Moschino and Philip Vergeylen, the talented duo behind the award-winning design studio Paolo Moschino for Nicholas Haslam Limited. The process by which their varied sources of inspiration translate into material form is explored in detail in Signature Spaces. The book takes you on a visual journey through Moschino and Vergeylen’s world. Illustrated with hundreds of stunning photographs and drawings, the book reveals projects from all over the world, together with pictures of people and places that continue to be a source of inspiration for them on their continuous search for beauty. I have been a fan of their design studio for many years so I was super excited about this one, and it did not disappoint. Glam, chic, elegant, luxurious…the spaces featured in this book are all of that and more. And as an added bonus, under the dust jacket is leopard print! 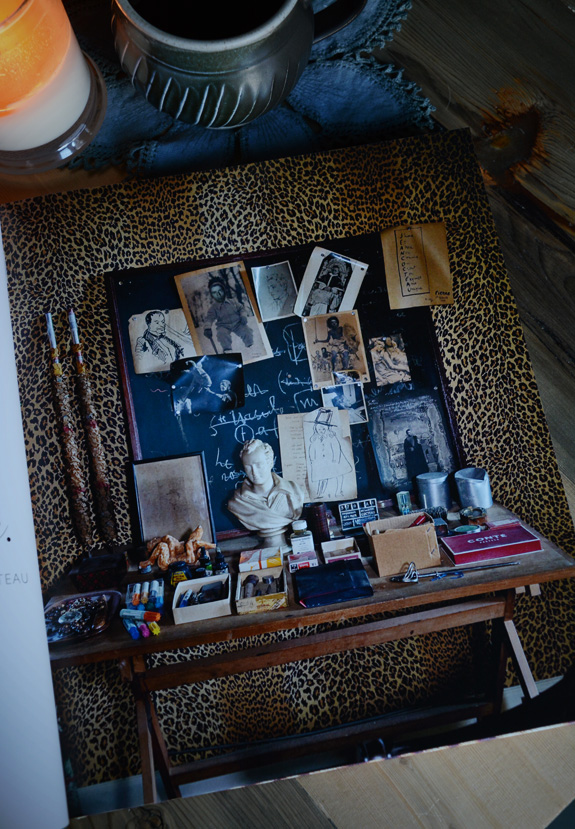 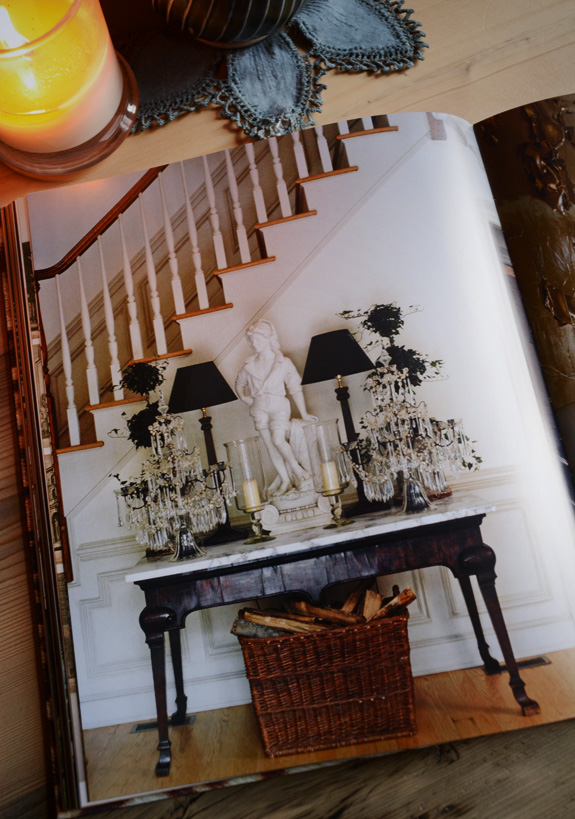 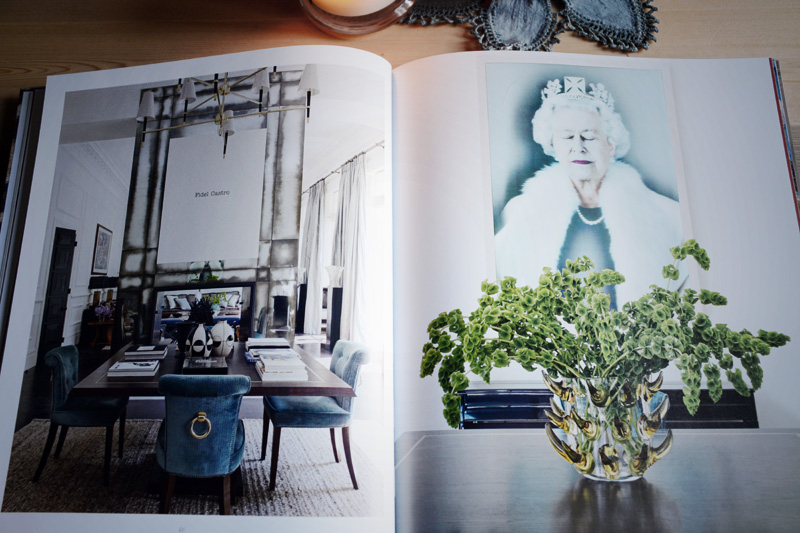 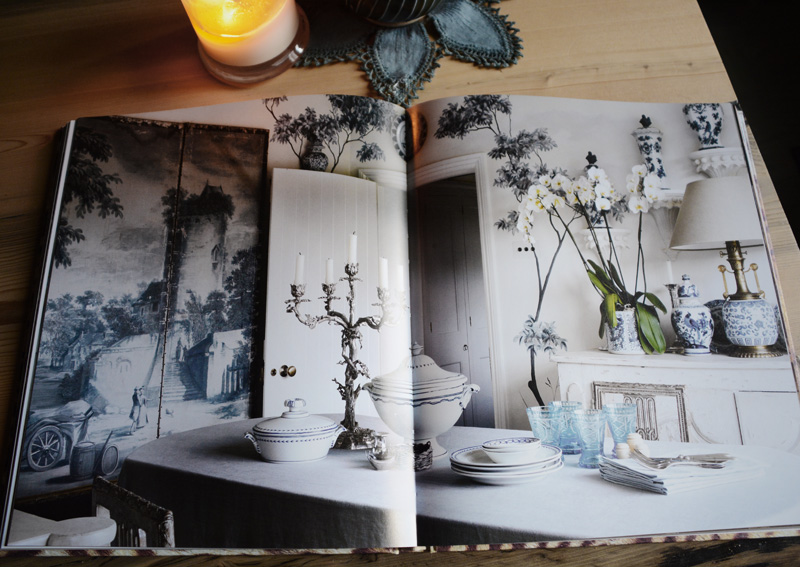 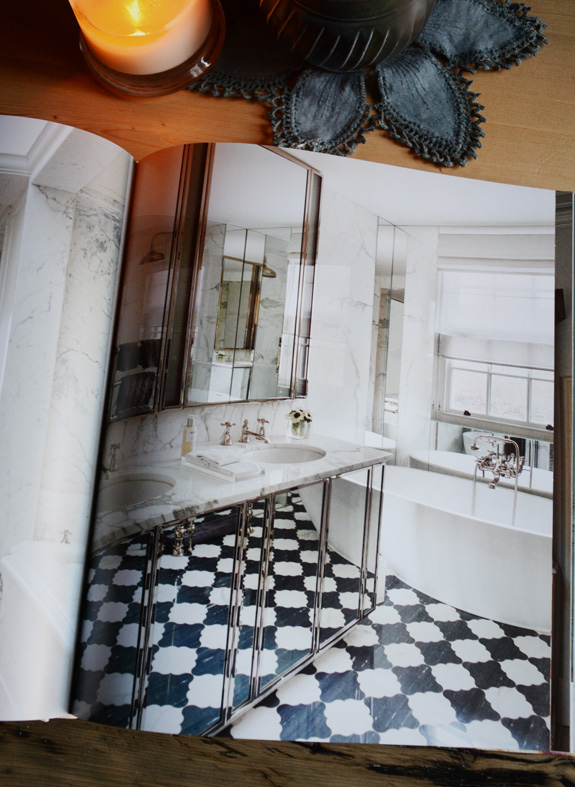 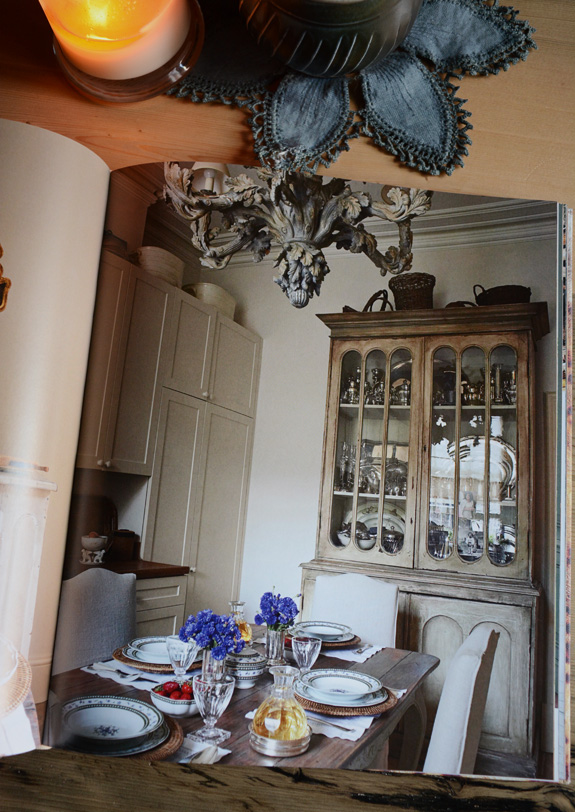 Pierre Paulin is a design icon so this one I was also super stoked to receive. And I will mention right off the bat that this book (Pierre Paulin: Life and Work by Nadine Descendre, photography by Benjamin Chelly) really moved me. I had no idea what a genius this man was. And after flipping through the book page by page I was ready to run out to the nearest mid-century vintage shop and find myself a piece of this man’s legacy. The French avant‑garde designer and architect Pierre Paulin (1927–2009), outfitted private quarters in the Elysée for Presidents Pompidou and Mitterand, designed everything from steam irons for housewives to sleek departure lounges for the jet set, and created perfume bottles for Courrèges. Lodged in the unconscious of a generation are his Orange Slice chair, the shell‑shaped Oyster chair, and the Tongue, a wavy, low‑slung chaise that looks like the seating equivalent of a French kiss. They have fed the reigning notion of Paulin as a Pop designer, a sixties‑era saboteur of the orderly restraint of midcentury design. Published in association with Paulin’s family, the book captures the Paulin aesthetic in its design. Author Nadine Descendre draws from previously unpublished archives a wealth of extraordinarily vivid drawings, models, and photographs, to reveal the restless energy of this mid‑century polymath. Seeing his drawings and knowing his family had a hand in this book made it so much more intimate. I am so happy this book is now part of my library. 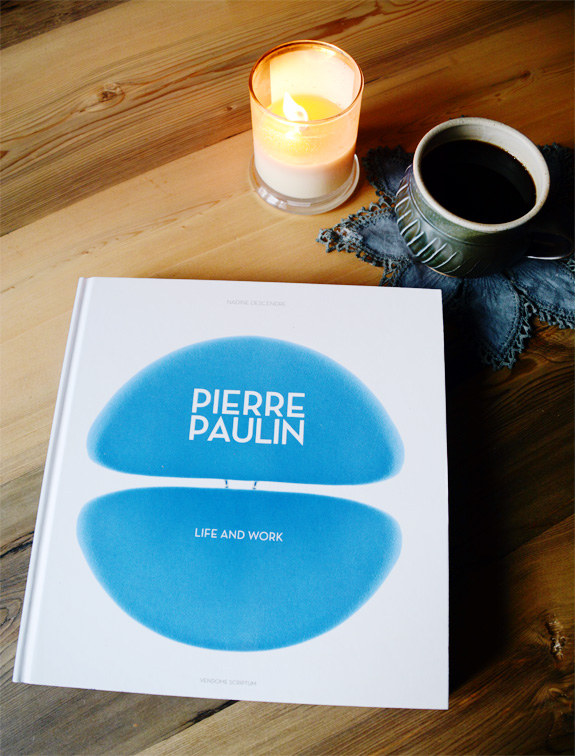 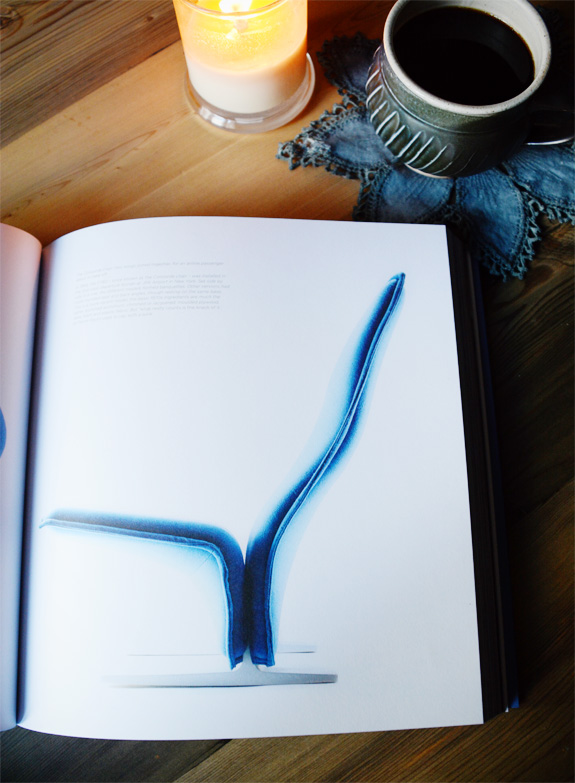 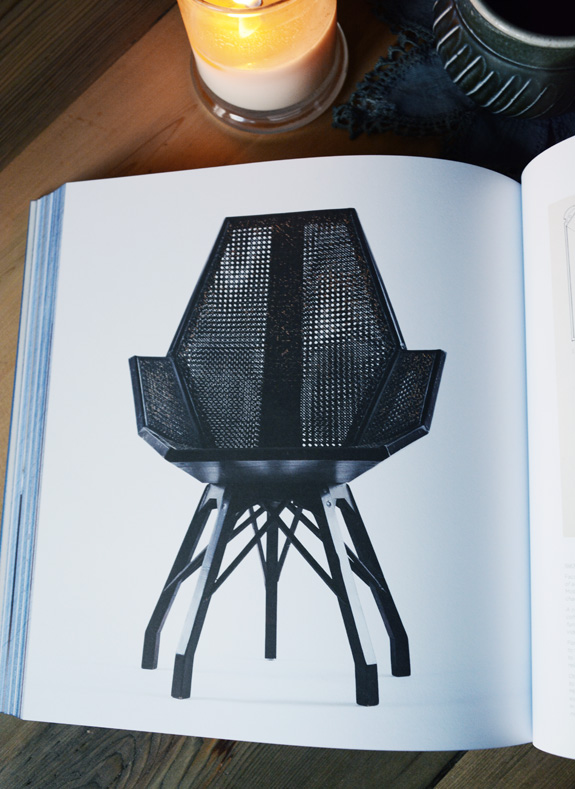 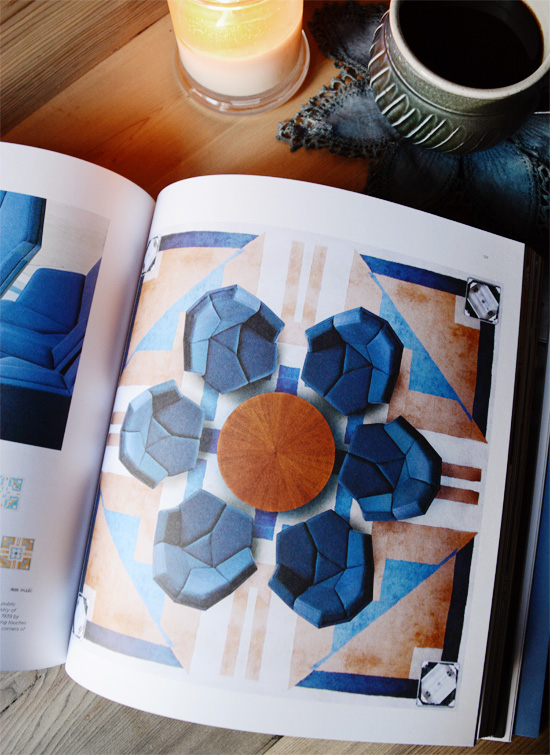 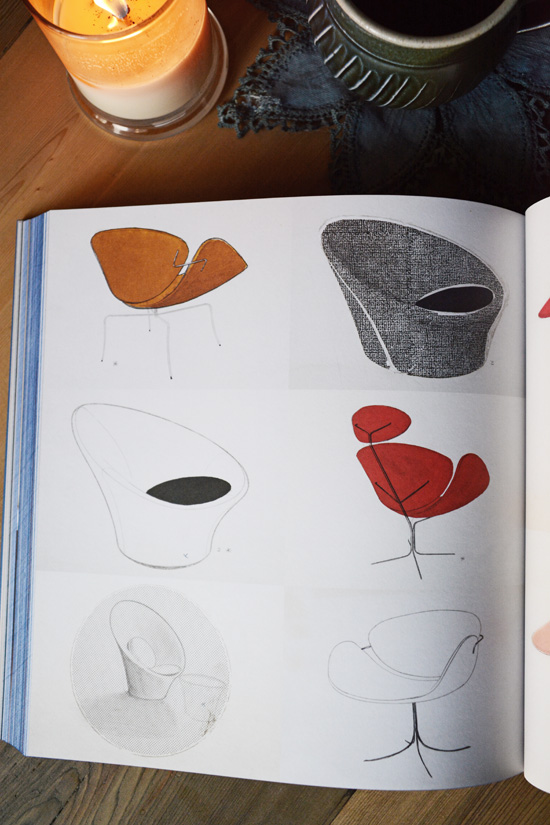 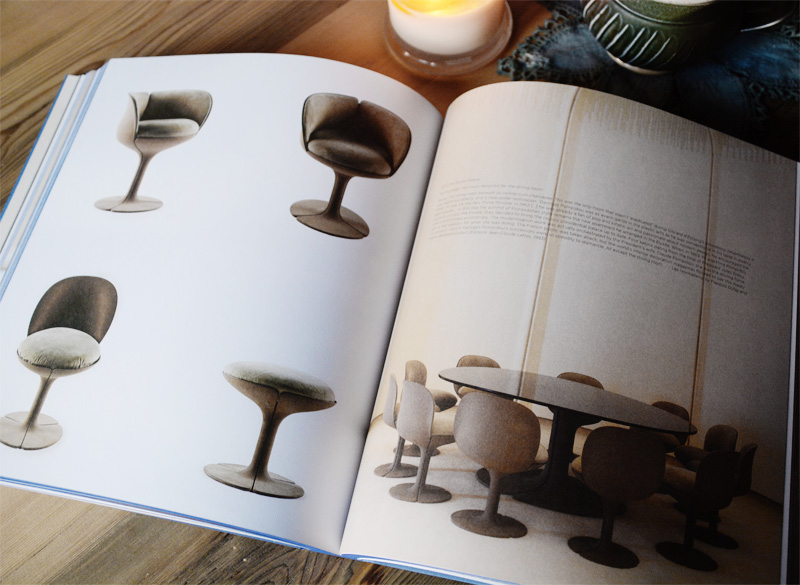 And lastly, the book Sunnylands: America’s Midcentury Masterpiece by Janice Lyle, photography by Mark Davidson. Sunnylands was the Versailles of the Space Age. The pinnacle of midcentury style, there is no other house like it anywhere: a stately home with a giddy pink roof designed by A. Quincy Jones, one of California’s most important architects; and the only completely preserved interior by California’s great decorator‑to‑the‑stars, William Haines. Walter Annenberg built his fortune on the racing form and TV Guide; his wife, Leonore, was raised by Columbia Pictures chief Harry Cohn, her uncle. In the early 1960s, they flew their Learjet to Palm Springs, bought two hundred acres of desert in nearby Rancho Mirage, and created their modernist dream house at the center of their own eighteen‑hole golf course. For four decades an invitation to New Year’s at Sunnylands was the ultimate social prize. Their best friends, Ronald and Nancy Reagan, would land Air Force 2 on the greens. Frank Sinatra was married there. Richard Nixon’s golf clubs still sit in the men’s locker room. With its pastel green and yellow interior, its dazzling collection of Impressionist paintings, and long, low sofas that look like vintage Cadillac convertibles, Sunnylands today is a passport to the ’60s, ’70s, and ’80s, kept as fresh as the day it was built. In Palm Springs, the mecca of midcentury modern architecture, this extraordinary survivor is considered the undisputed masterpiece. Having not had any idea what Sunnylands was this book was alot of fun to learn about this total retro blast from the past. It went into such incredible detail and included many photos taken during its peak of popularity. I have to mention again because I am a sucker for a good looking book, that under this dust jacket is the coolest quilted sunflower cover. 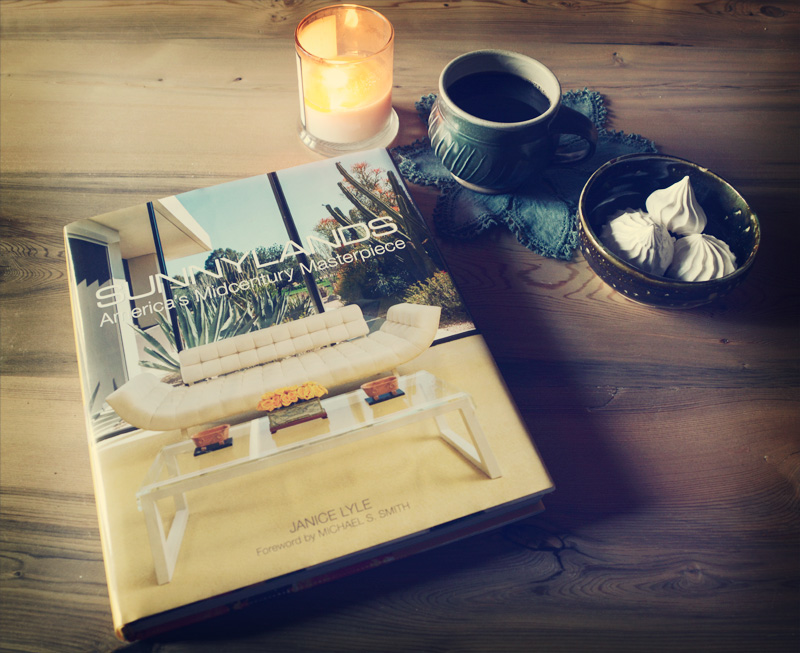 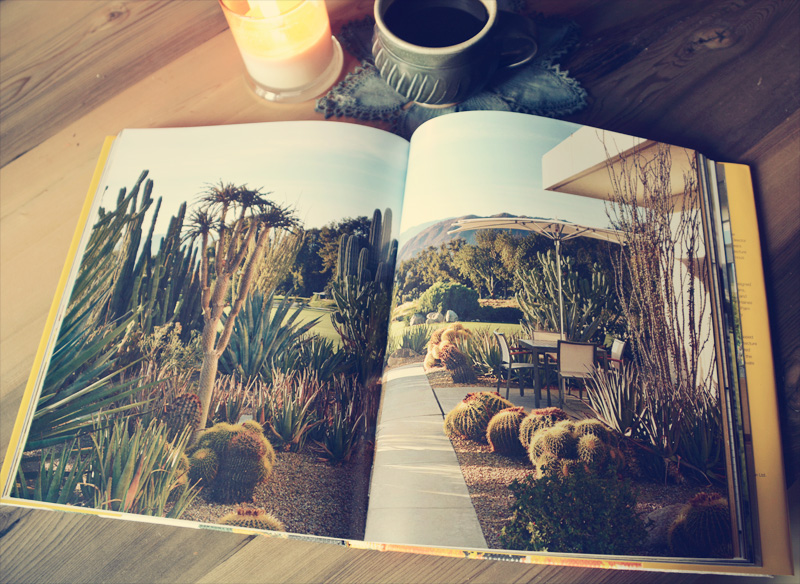 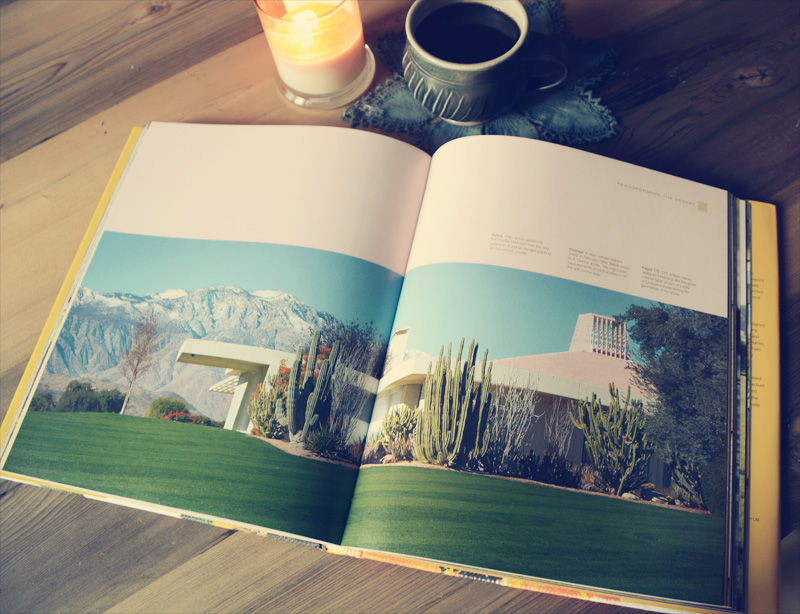 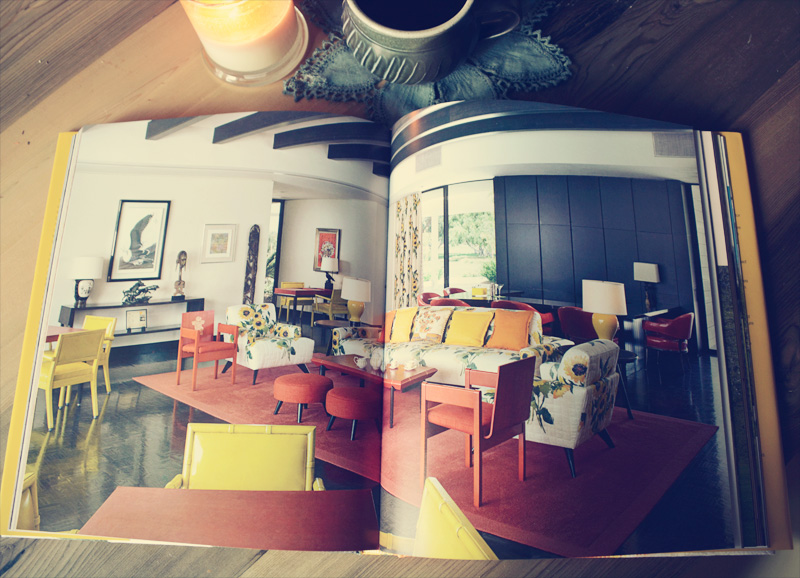 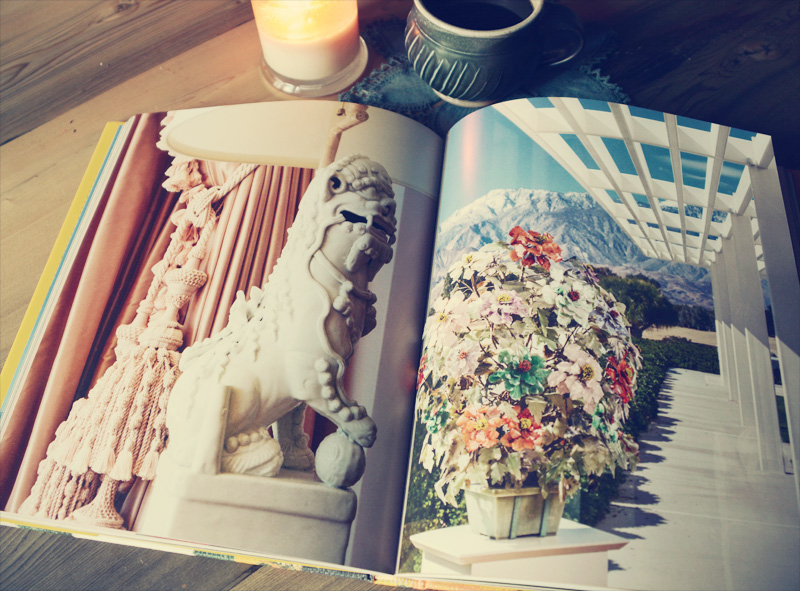 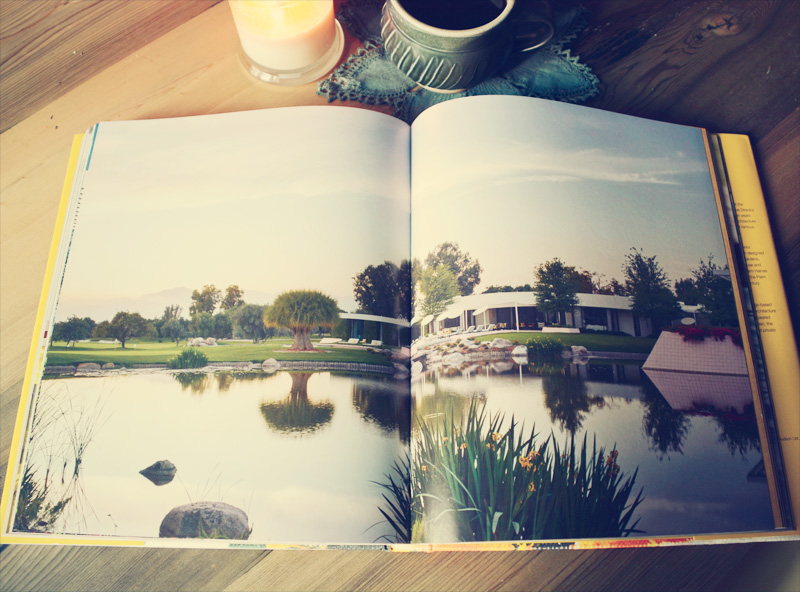