Want to be my neighbour? 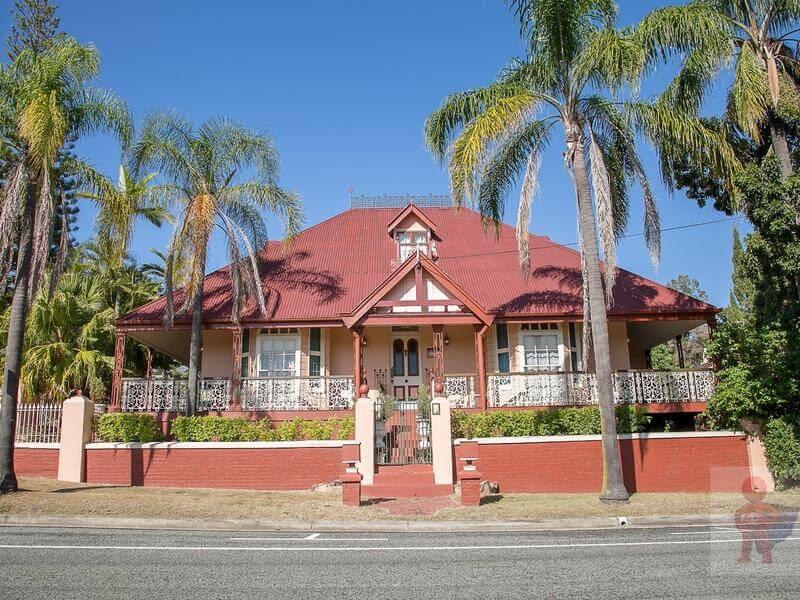 Needs a lot of work. Plus it’s heritage listed. Plus it has to stay that colour pink/salmon. Massive price drop. 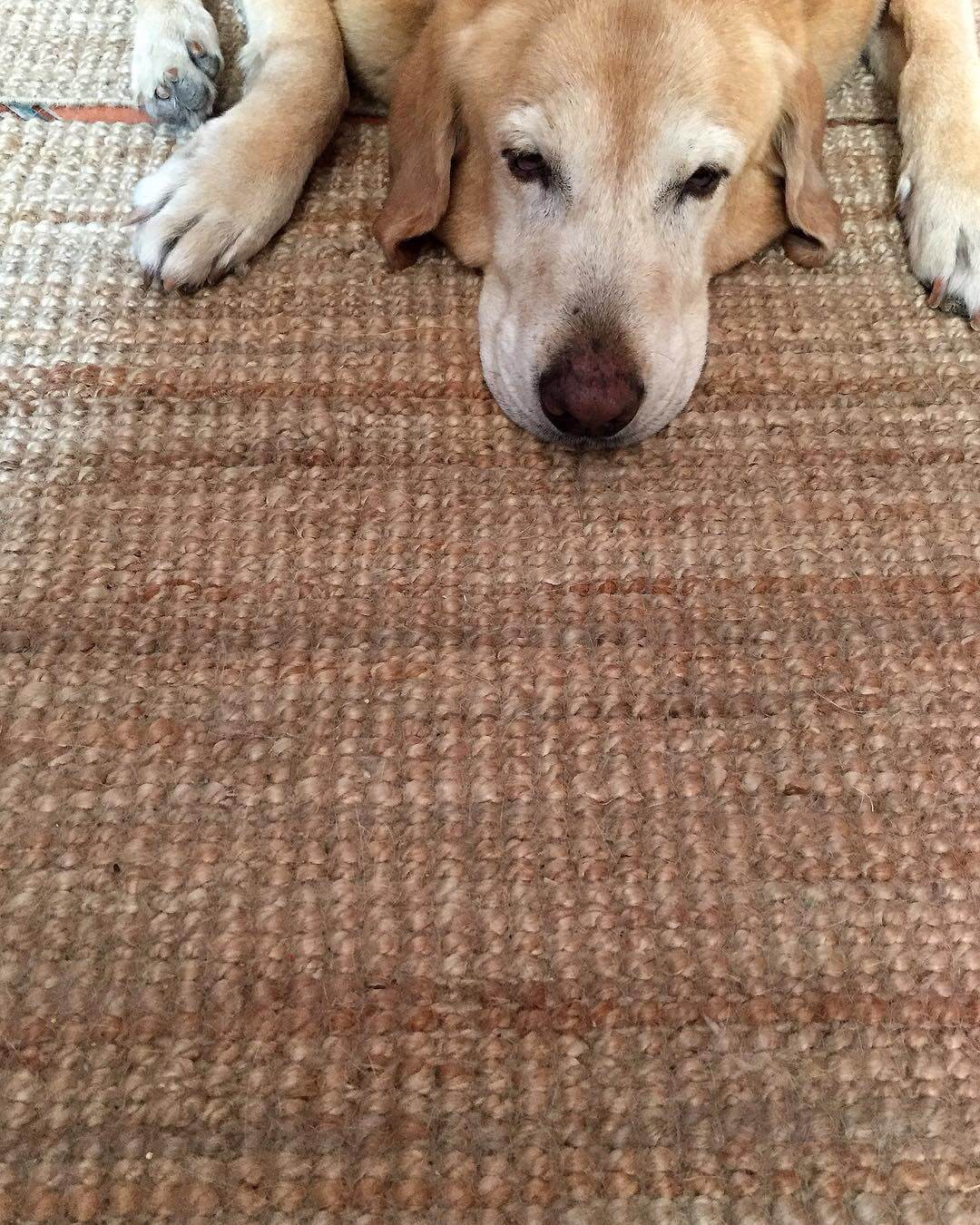 New on the upstairs landing 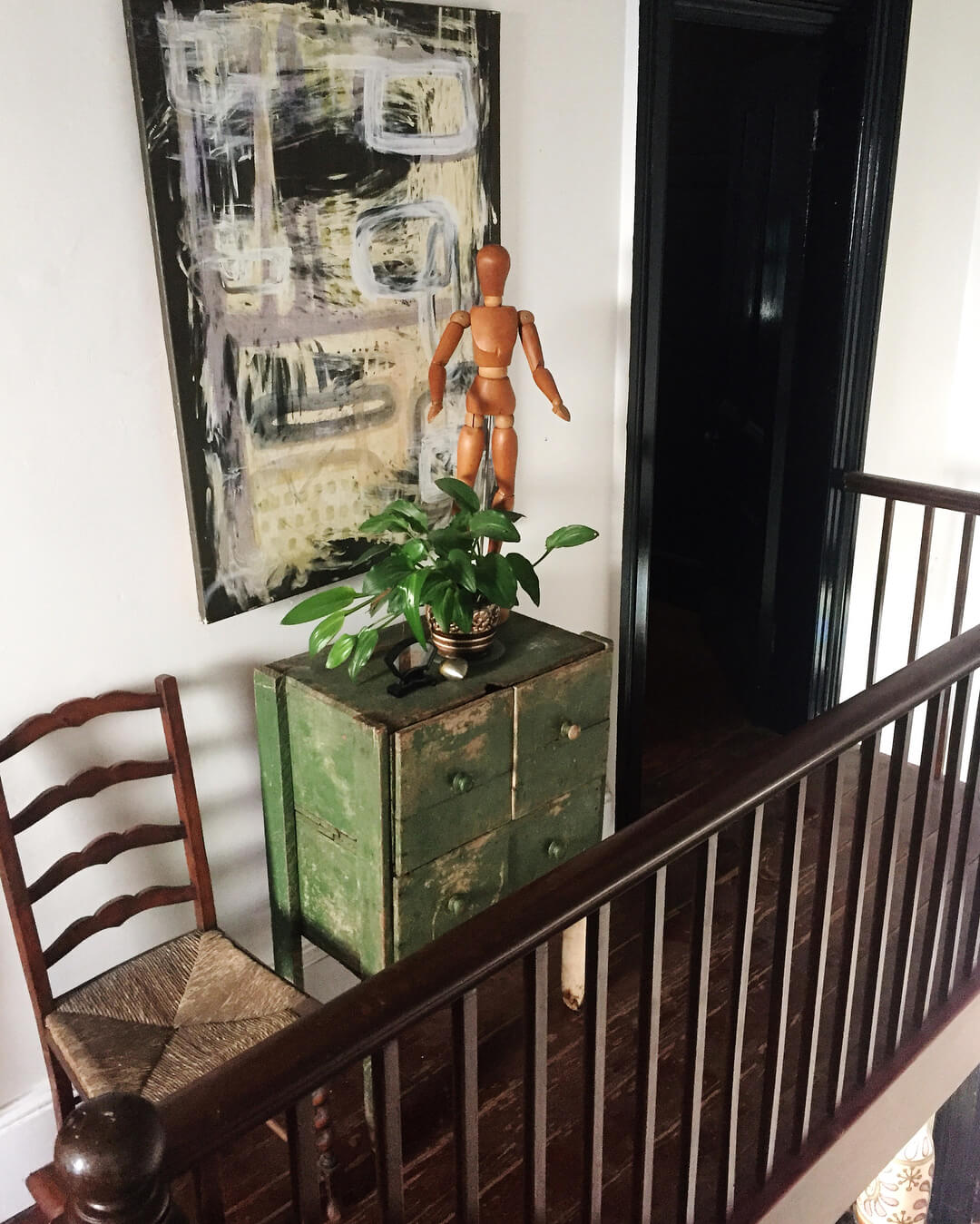 Kelvin has a thing for Depression-era furniture. It’s all about the ethos of make do, re-invent, re-use. This ingenious little set of drawers is made from kerosene cans for the drawers and packing case timber for the frame and drawer fronts, all with the original green paint. I’ve popped it on the landing walkway under an old abstract painting of mine with a few thrifted tchotchkes and an old rush-seated oak chair from @thevintageadvantage1. Of course the little green drawers are from @theoldboathouse_warehouse. 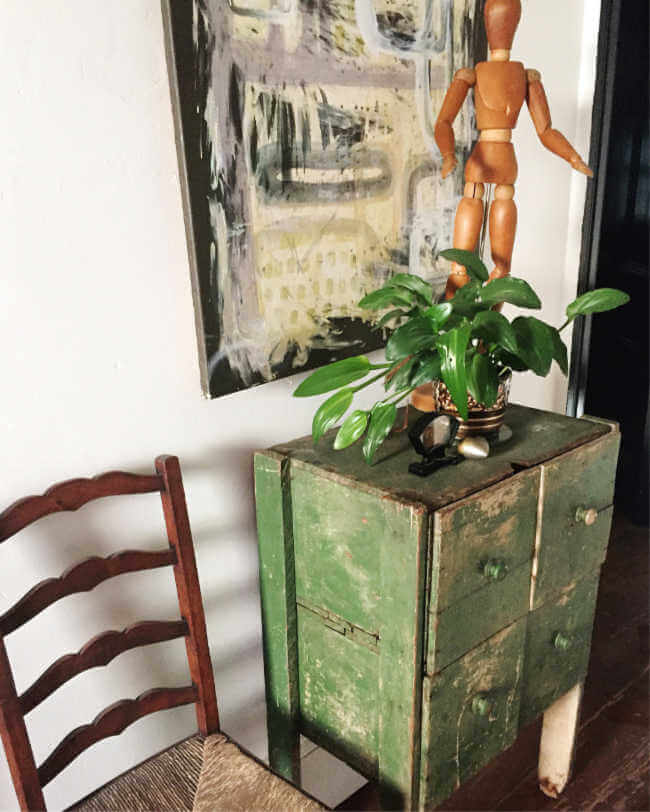 Hanging at the warehouse 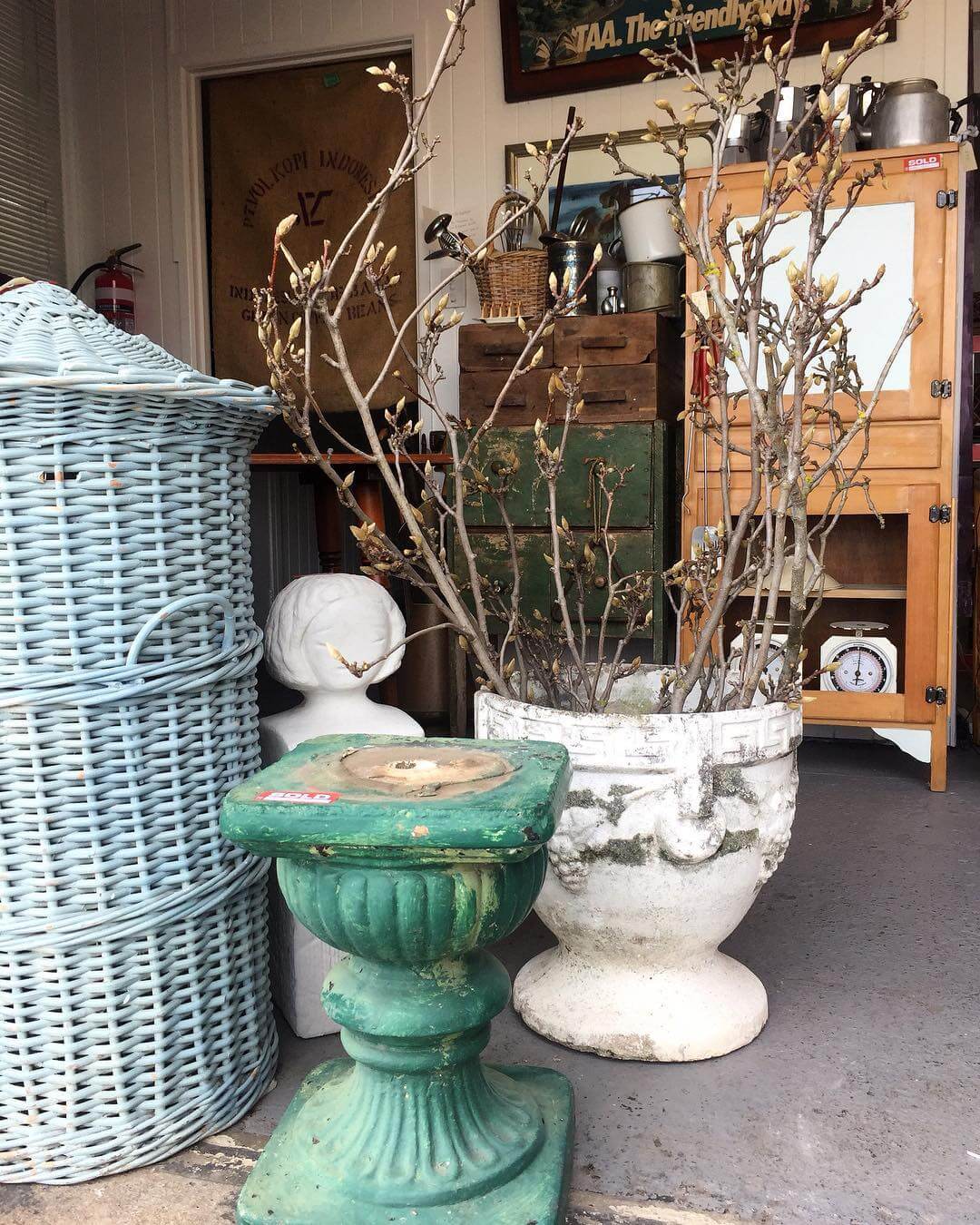 It’s dangerous hanging at my friend Katherine’s warehouse (@theoldboathouse_warehouse). I tend to come home with things or, as I like to put it, things follow me home. The green plinth and the white cement pot are now safely ensconced at my place. See there’s the pot in the corner of the living room filled with magnolia branches. 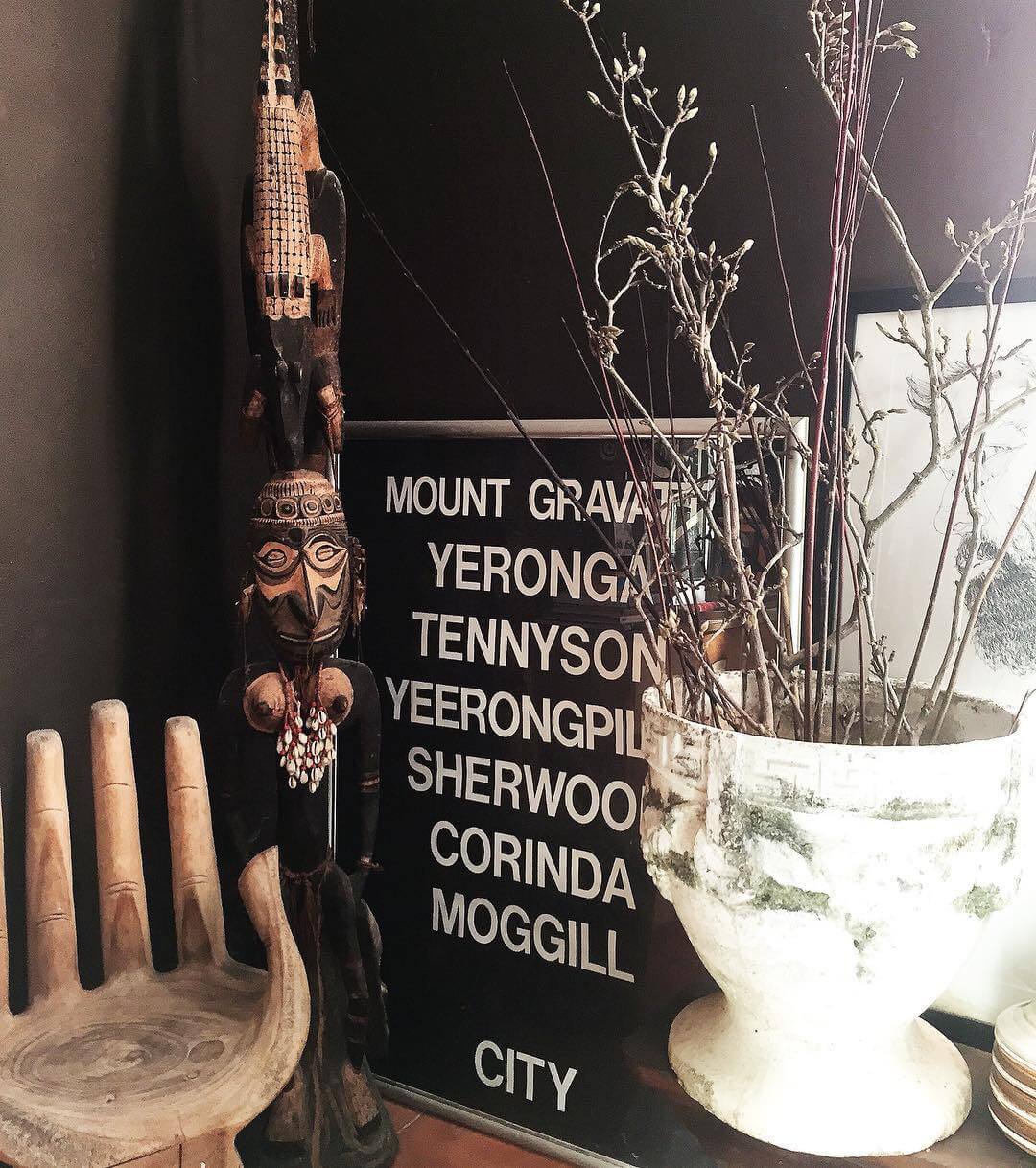 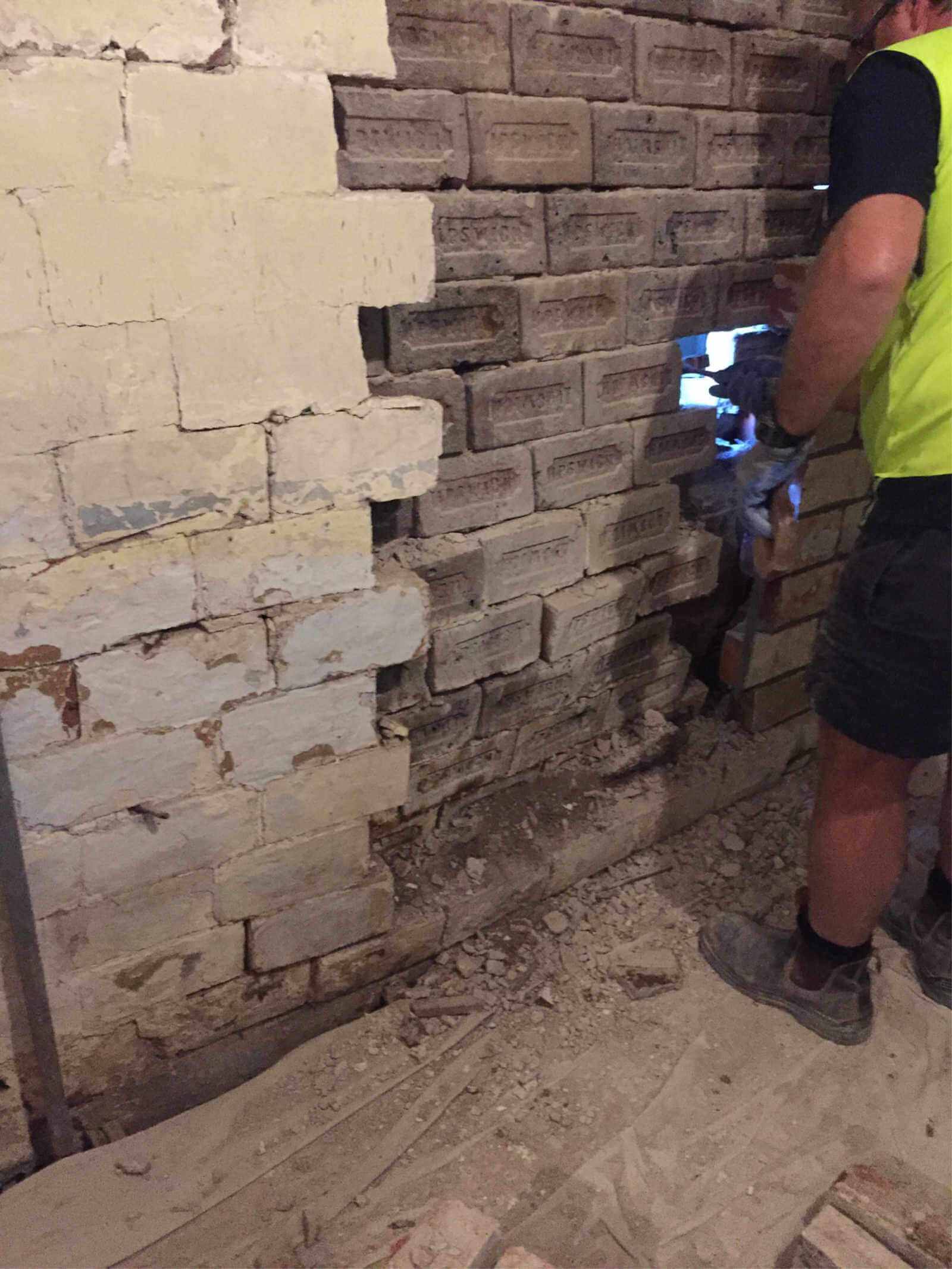 Day 2 on the kitchen wall repair and it only now became obvious just how bad the bow in the bricks really was. The outside skin of bricks was technically inside the house. But I jump ahead of myself. The old bricks came down to reveal a subterranean concrete render on the lower bricks. It appears that the next door neighbours at some stage decided to build up their sloping garden into more level terraces. We think the render was slapped on the external wall to “protect” it from damp as the soil piled up against the house. Surprisingly it appears to have worked. One thing we noticed as the wall was pulled apart was just how dry everything was, the bricks and the dirt. 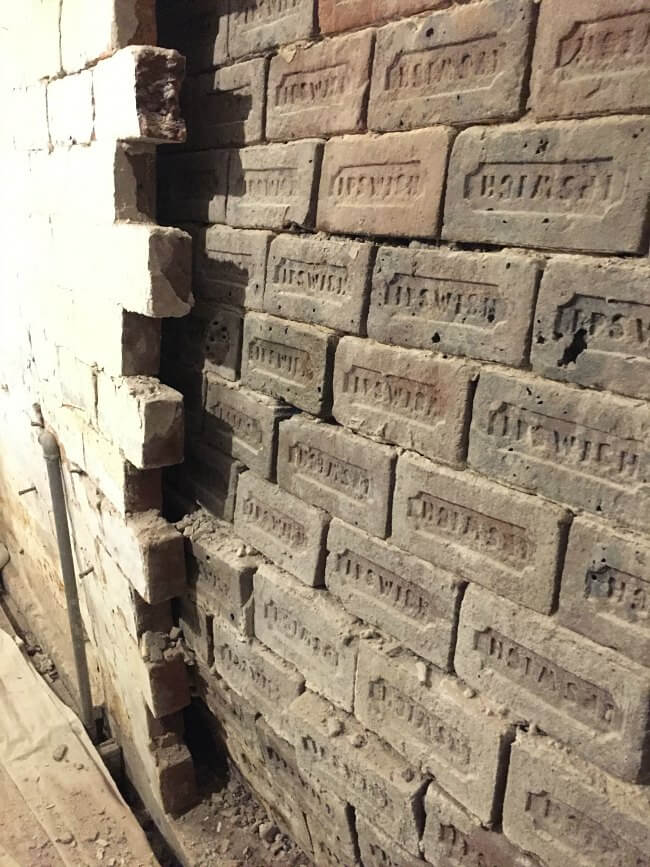 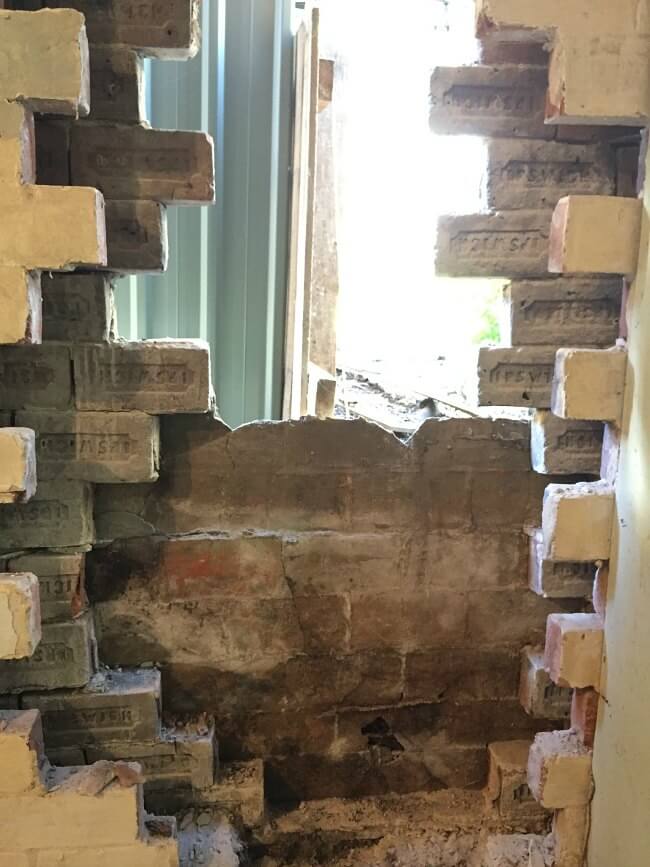 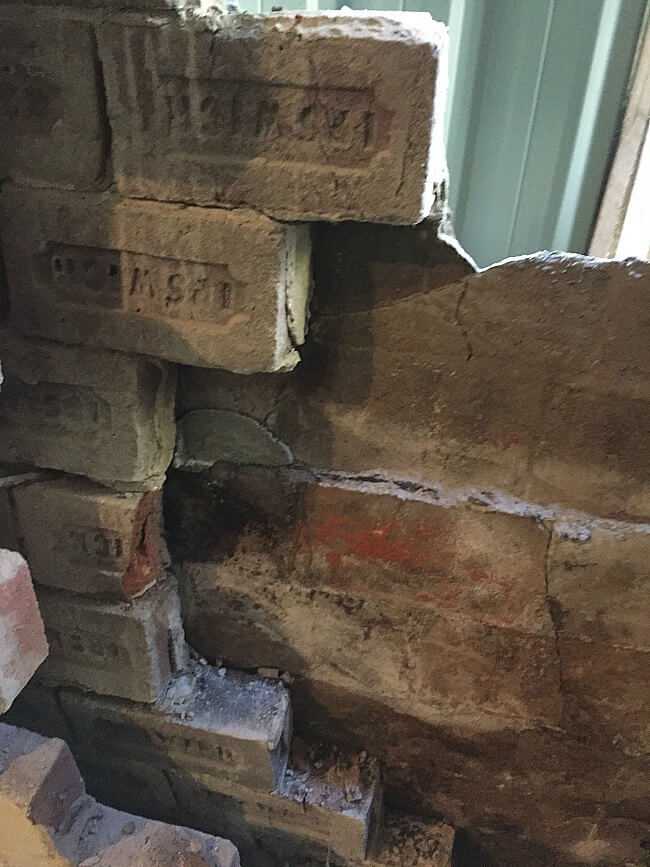 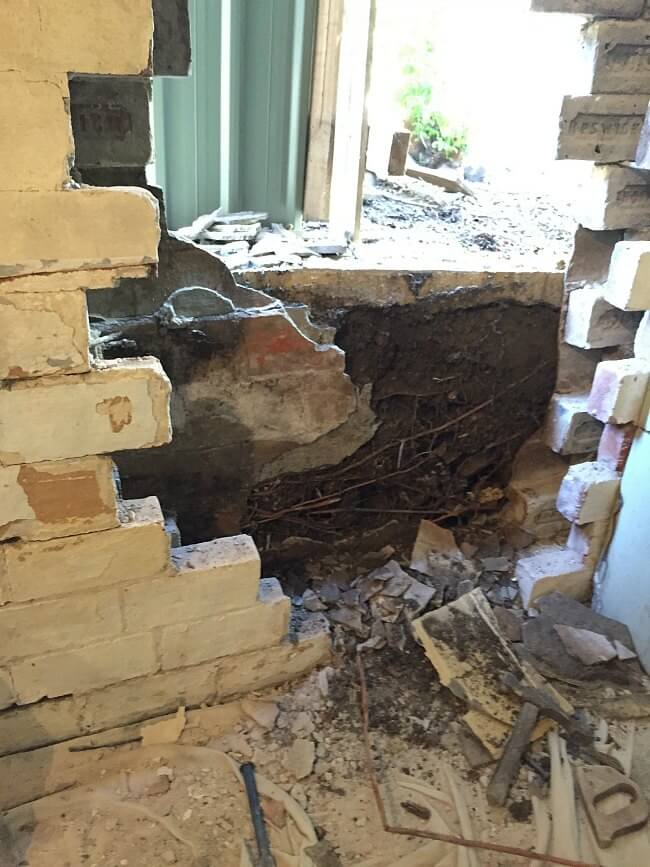 Now you can see what I mean when I say the exterior wall was technically in the interior of the house. I think we caught it just in time. The whole thing was very unstable. When everything was finally cleared away we saw the cause of the whole thing. A very large lump of concrete had been used as fill along with all the other rubble. Over time it was being pushed down the hill and into our house, The only thing that could give was the old wall. Out it had to come … by hand, one chip at a time as it was too precarious to use a jackhammer. The whole wall could come down. Instead it was stone chisel and bolster. 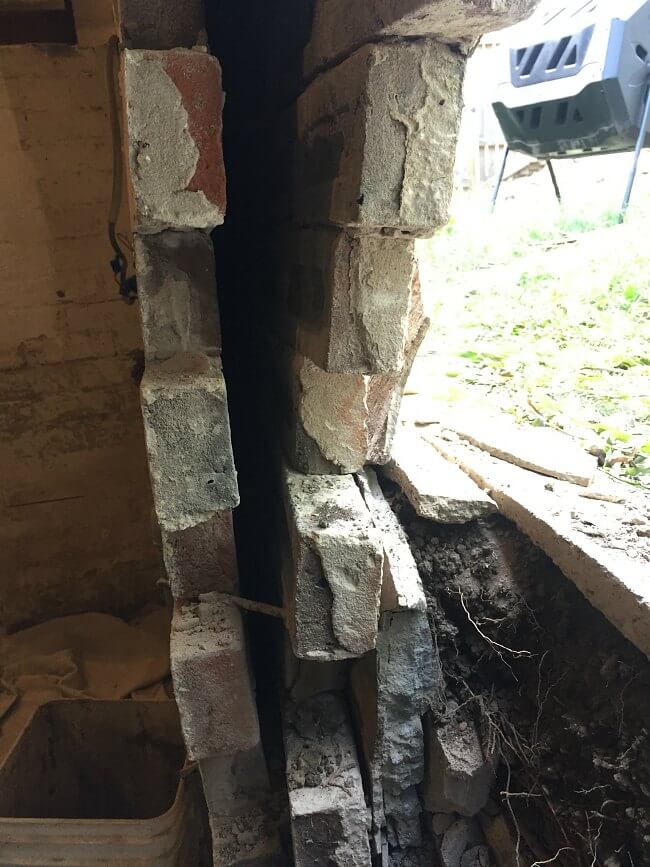 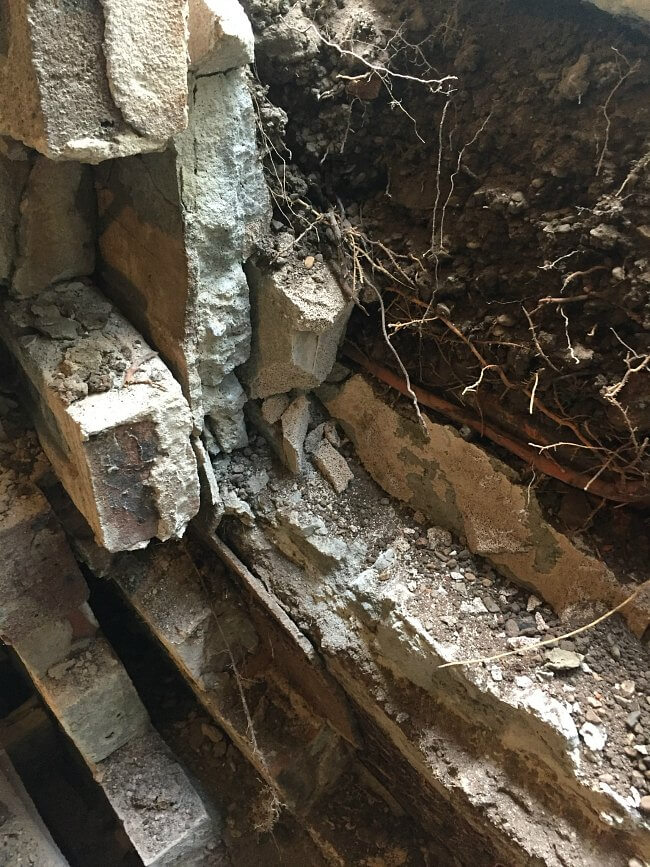 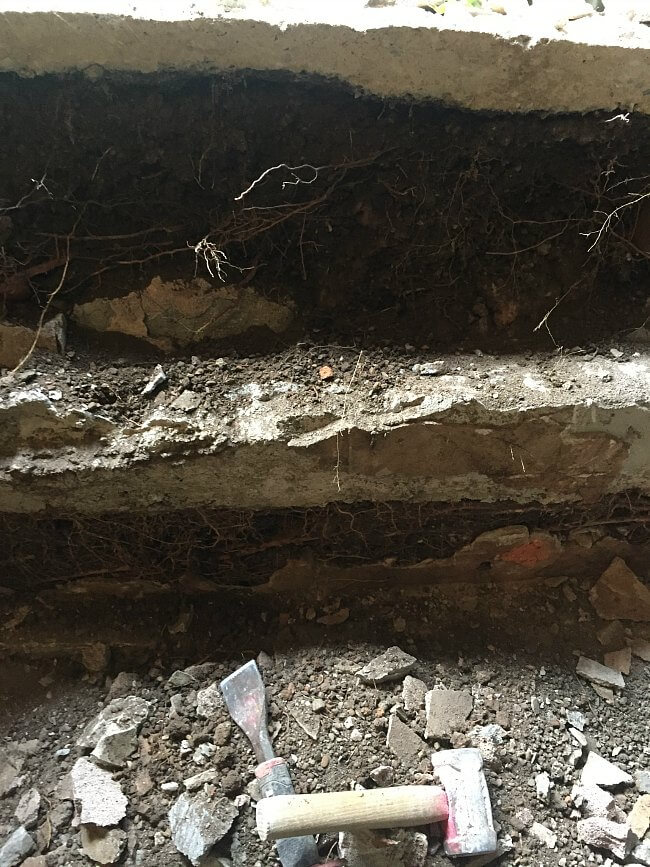 All out and it was time to get on with rebuilding. Day 3 saw a repeat of the formula. Pull down, rebuild and done. I asked the brick masons to turn a brick or two here and there around so the Ipswich frog was showing. It seemed a shame to hide all that history away. They also “signed” the wall with one of their own company bricks bearing the Potrzeba frog. 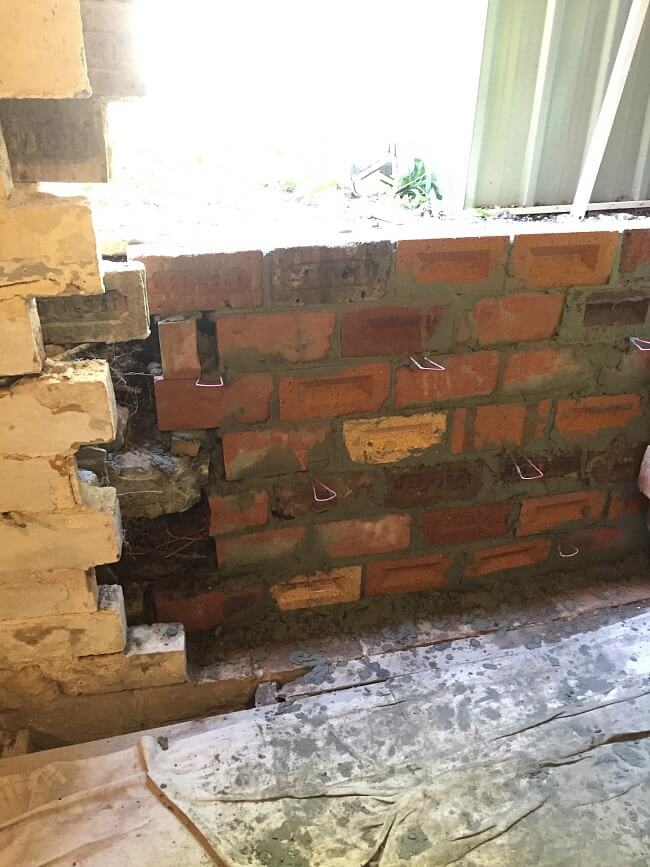 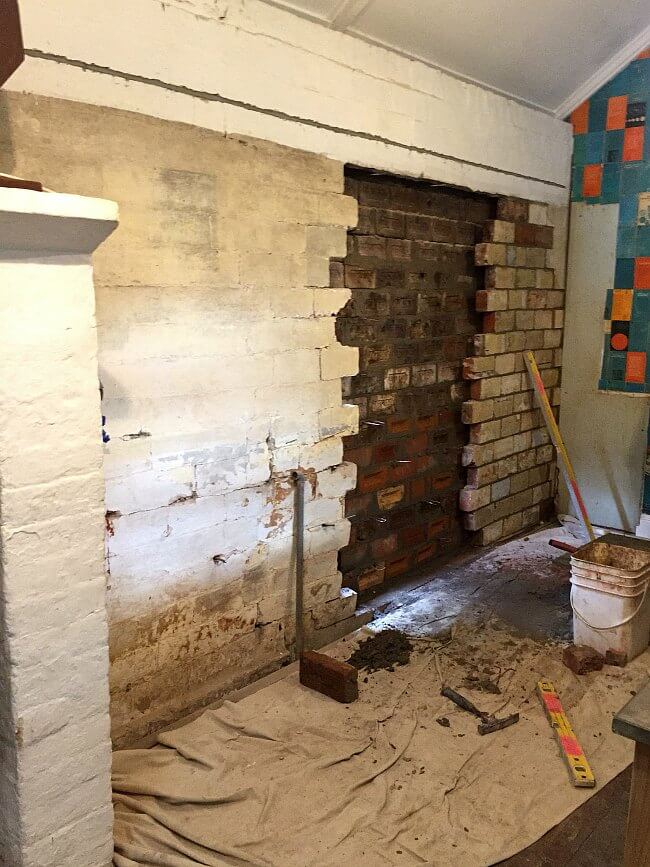 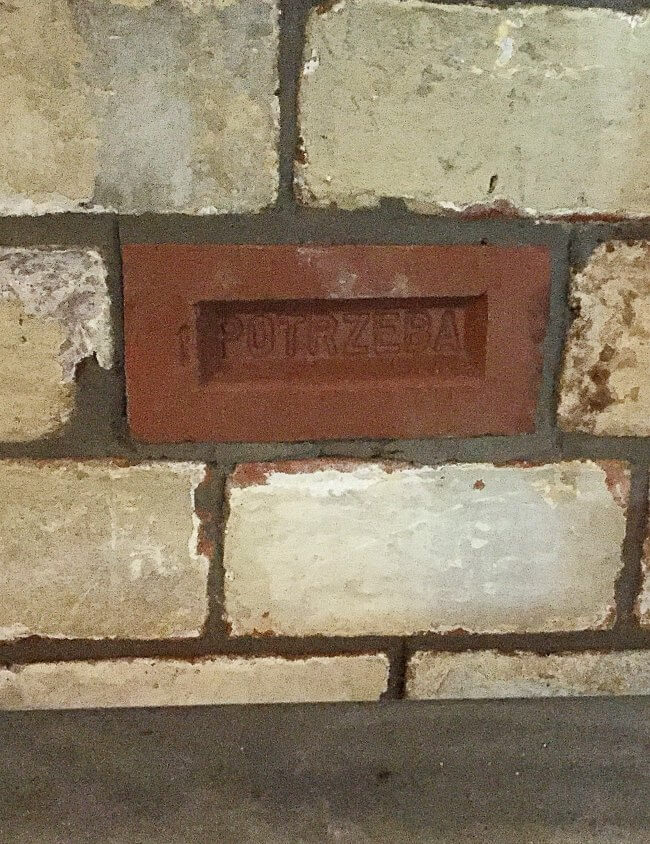 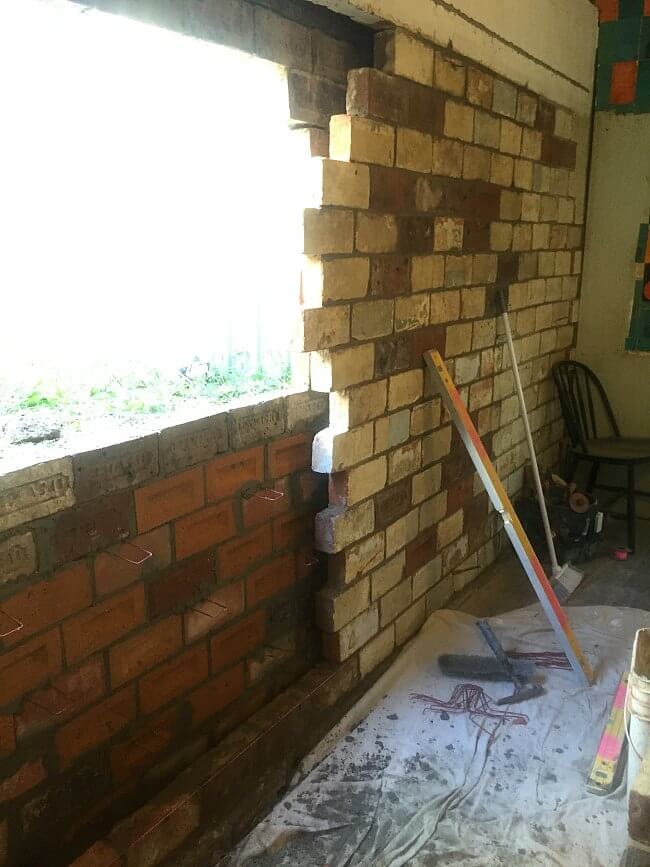 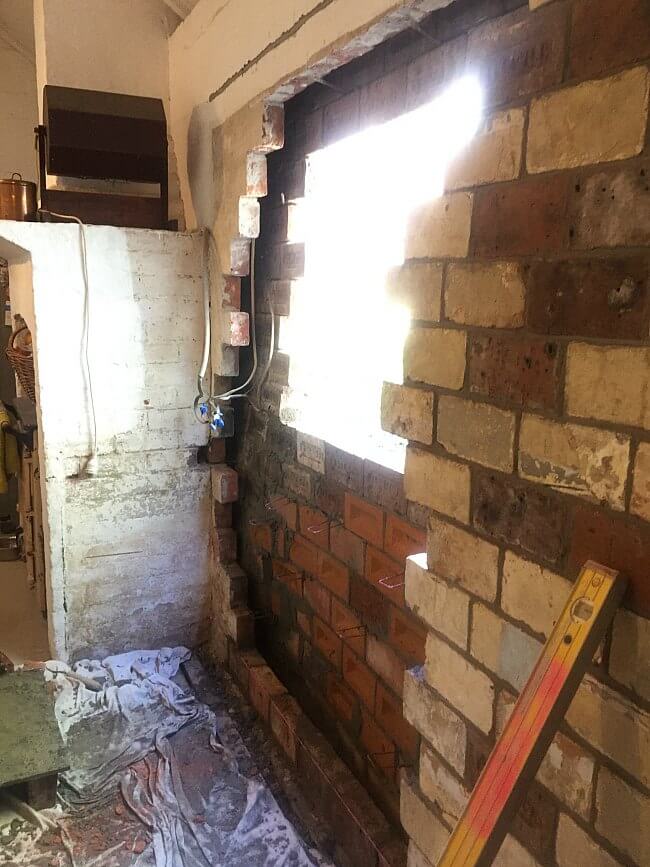 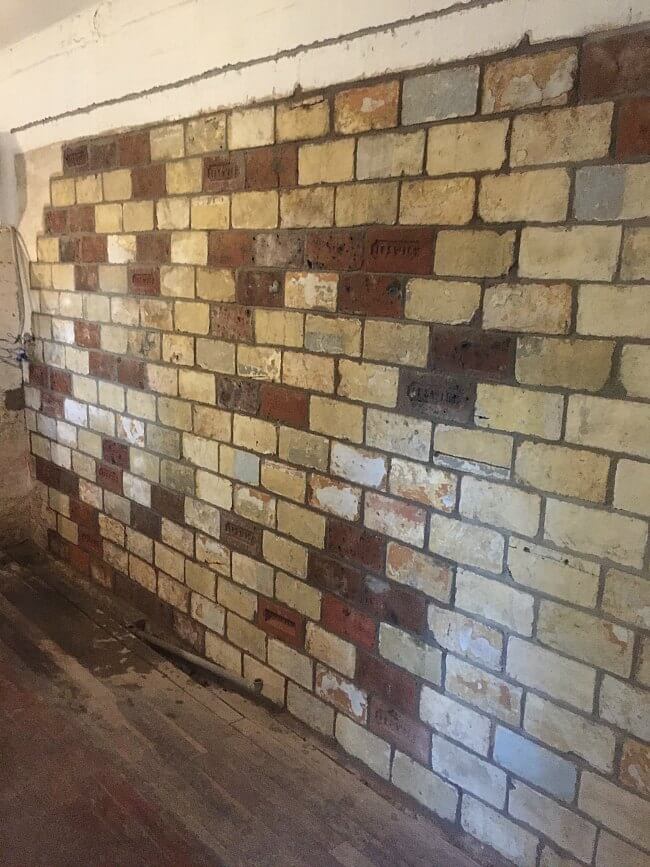 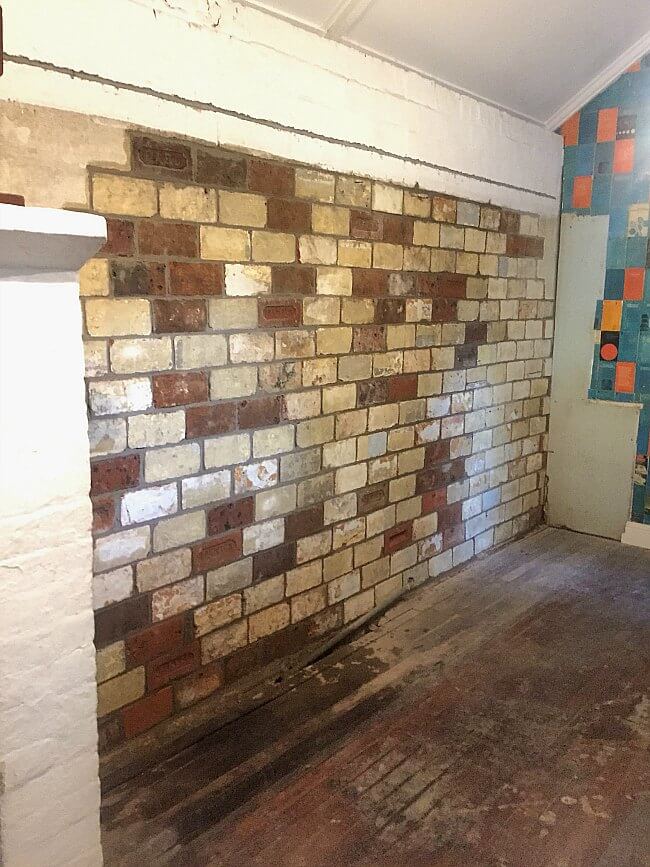 Ta Da! A new old brick wall all straight and true reusing the original bricks with a few new bricks underground on the exterior wall where they can’t be seen. Everything held together with traditional lime mortar and new brick ties. (The old brick ties were like giant iron nails the size of pencils.) It will eventually be lime washed when we renovate the kitchen in a few months time. First we have to turn the old stables into a new bathroom! 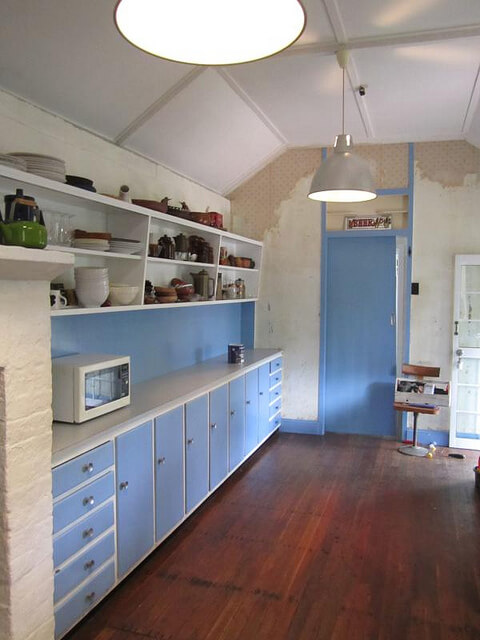 P.S. Just found an old photo of the kitchen soon after we moved in. The bow in the wall was conveniently hidden behind that large built-in cabinet from the 1960s. The brick masons believe the movement wasn’t a recent event. It started a long time ago and was stabilised for awhile by the cupboard when it was built.