Jack Levy is a nationally recognized designer that has been featured in many magazines such as Interior Design, Traditional Home, House & Garden and Veranda. “Jack believes in breaking the rules of traditional design;silk velvet on ultra modern pieces or as a contrast, burlap on signed Louis XVI pieces. He is inspired by the tranquility of nature, specifically stones and water and adds exuberant color taken from elements of nature and his travels. Jack’s style is most often noted as luxuriously simple.” And he breaks the rules VERY well. Love his pairing of bold colors with traditional furniture and artwork. 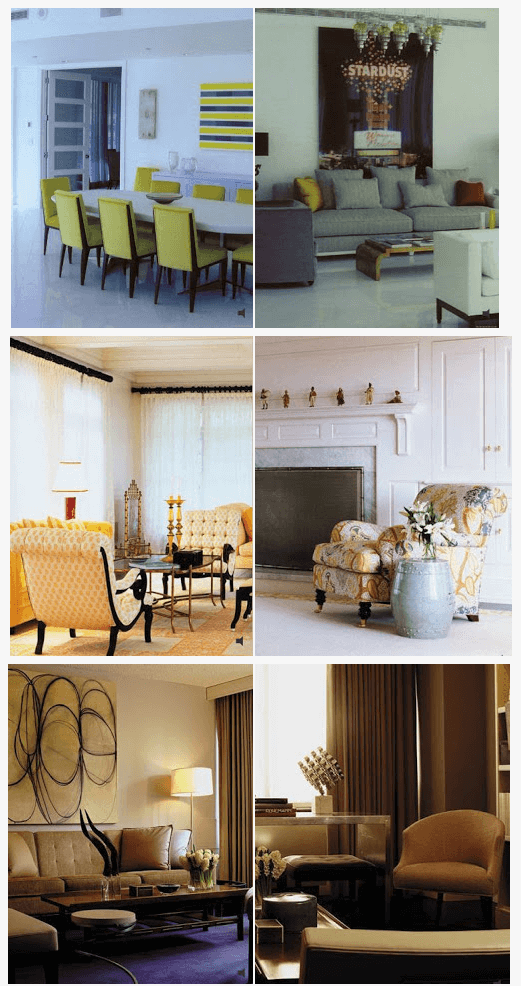 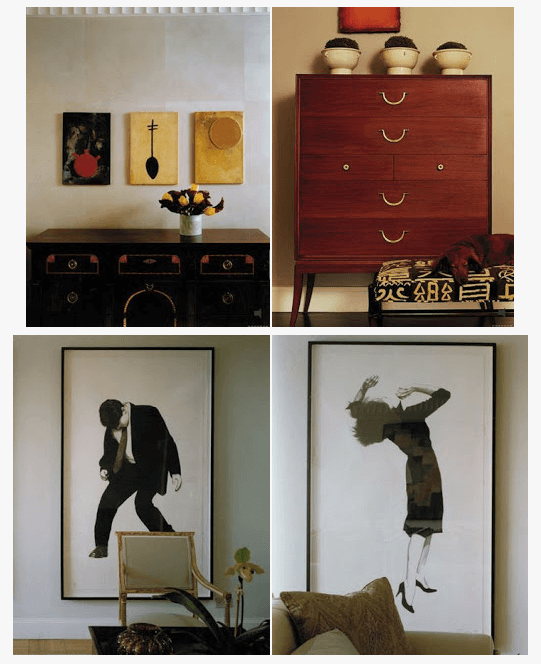 and of course, a cute dog on the chair!

Yes, a dog (or cat) is the perfect accessory to any room.

Oh wow, who made those beautiful paintings or drawings, can’t tell, of the dancing people, they are so beautiful!

He has great range and very creative!

Michelle the artist is Robert Longo.

Summers by the Spanish seaside

Colour in a Berlin Townhouse