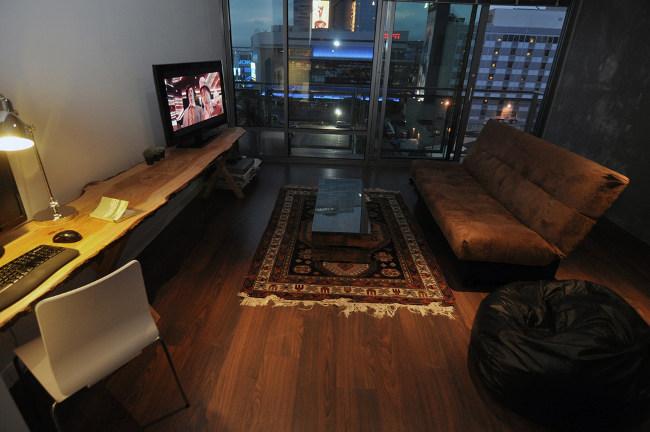 “The material choices and the layout were guided by the architecture of the space itself. As an open, rectangular loft the existing plan, fixtures and exposed ducts suggested at a linear layout that led your eyes to the balcony, to a view of Staples Center and LA Live. This meant the orientation of the bed, tables and couch would go accordingly. To complement the exposed ducts and pipes, as well as the cement walls, I chose reclaimed wood for the primary pieces of furniture to build with. A ten and a half foot cedar slab against the south wall simplifies the space by combining to serve as both a desk and a tv stand. Next to the table, stacks of the client’s recycled wall street journals served as a stand for the dvd player. A reclaimed oak palette was cut in half to serve as a coffee table, with a piece of glass on top and subsequent cubby holes beneath for magazines or books. Six more reclaimed palettes were used to lift as a platform an area, or notch in the wall, that was designated for the bed. This lift separated it as much as possible from the rest of the space and created the only real break in the flow of the small apartment, and a bit of hierarchy. Half circle poplar wall mounts that serve as hangers hung across a Sevak Karabachian wood cut print in the sleeping area. Other pieces included Cb2 biloxi linens, west elm industrial lamps, and a gilbert chair from Ikea.” 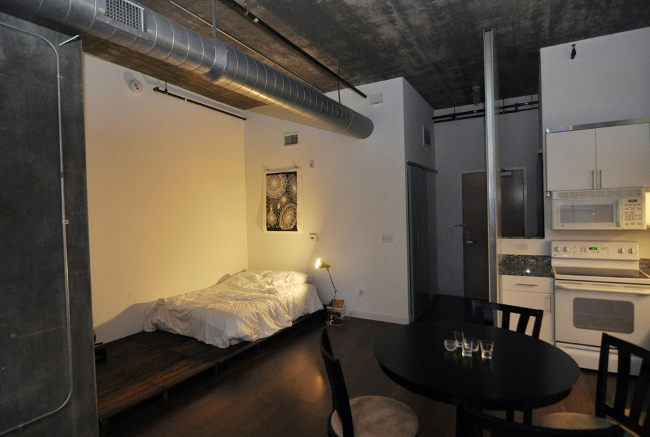 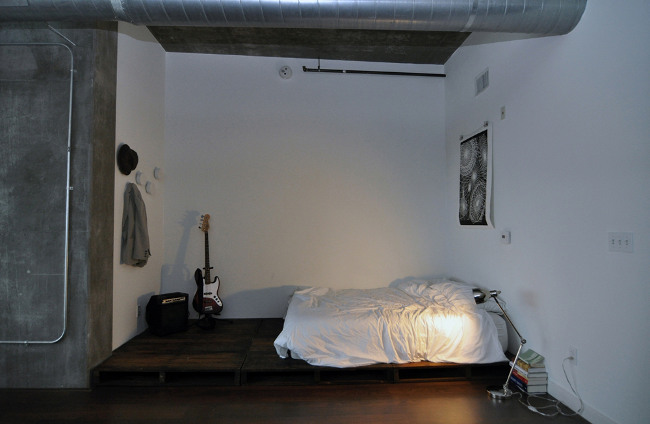 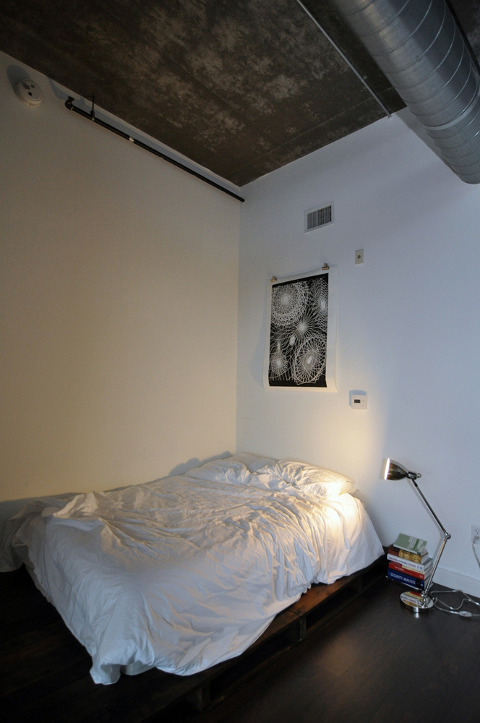 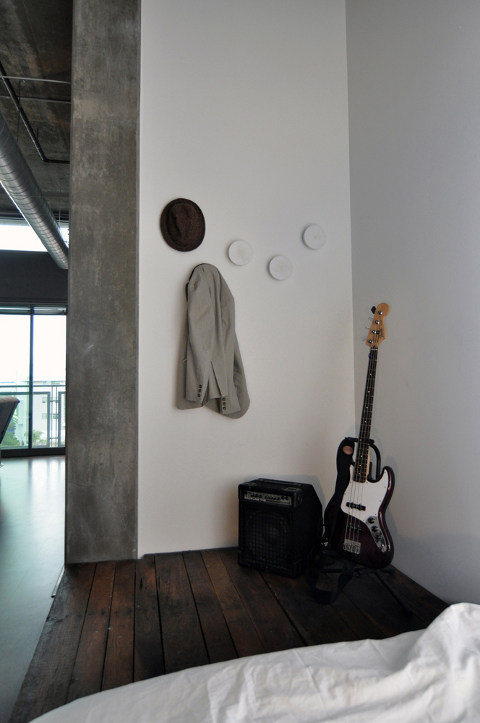 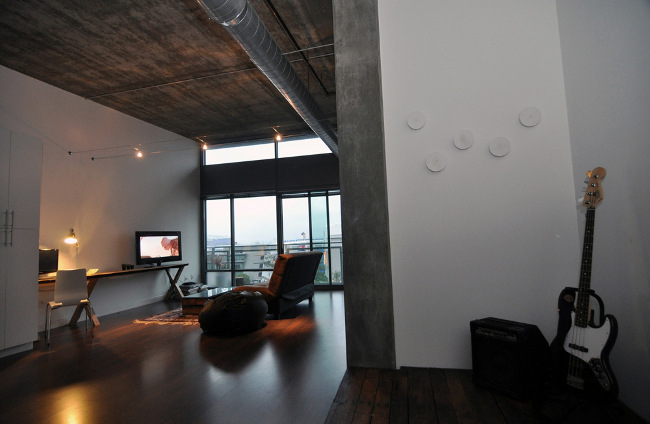 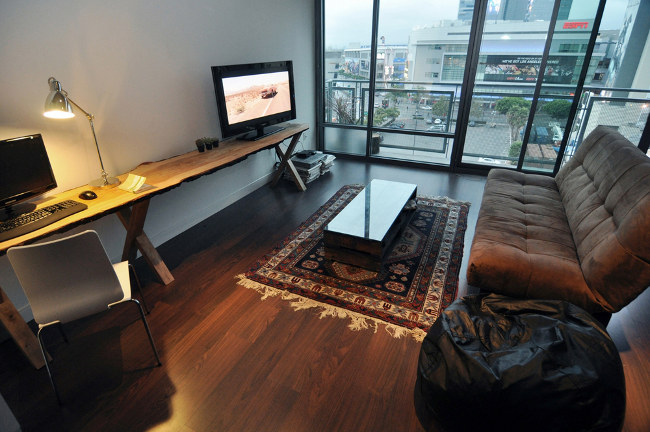 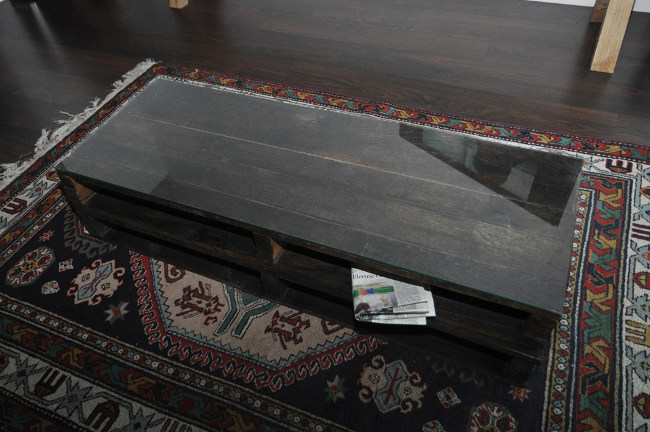 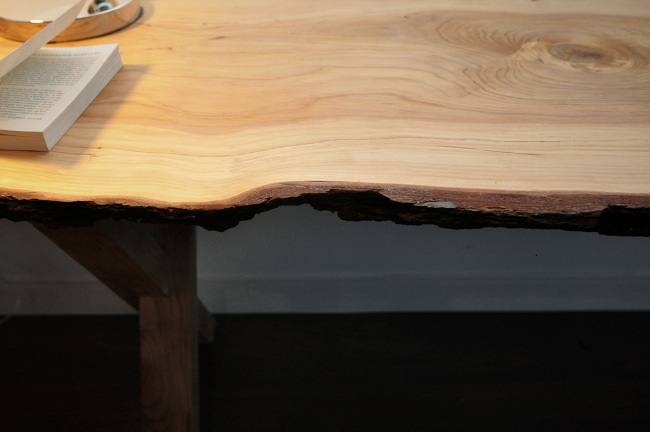 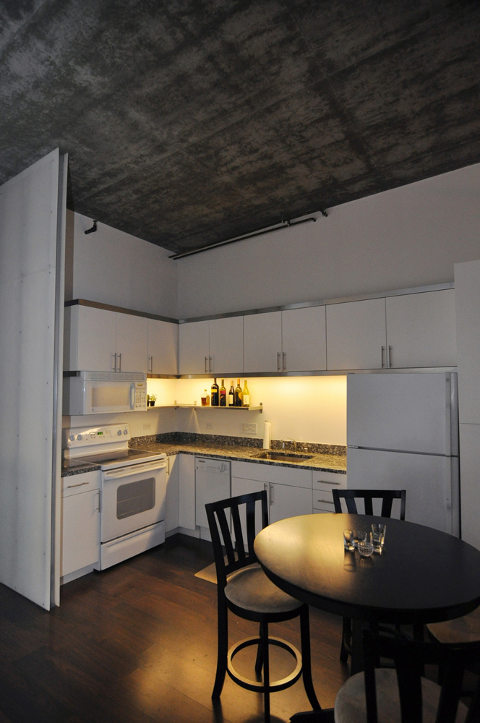 Couldn’t leave it there. I had to share some of Ike’s furniture. Love the rustic with the smooth! 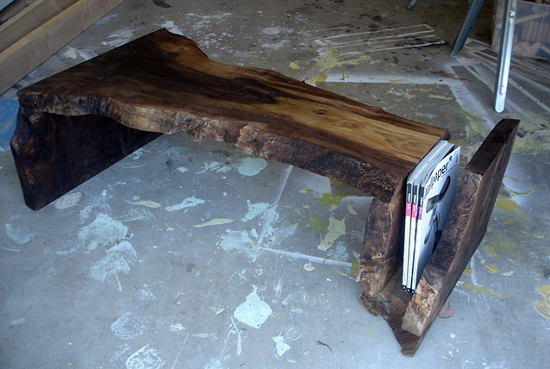 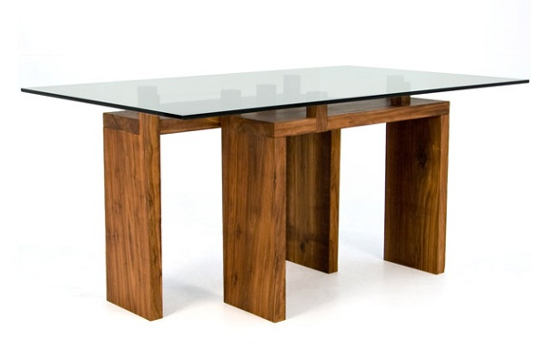 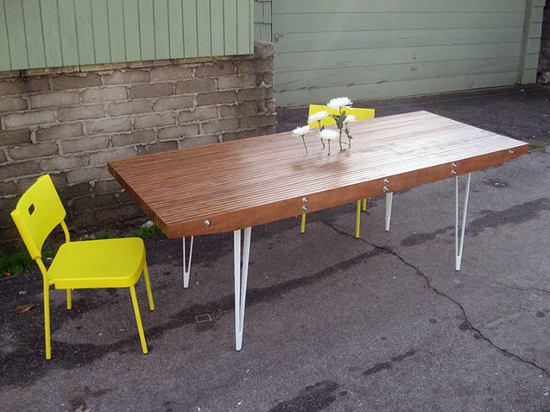 Love the platformed bed frame thingy, and how it mimics the design of that smooth table, which I also love.

That long wood table is just the bomb!

Simply beautiful! Clean, cozy and organic at the same time. Must be equally beautiful at night…

Leave a Reply to Kim in Jersey Cancel reply