Jessica emailed the other day with a photo of her dog for pets on furniture. Alot of the room was visible in the photo and I nearly passed out. Turns out Jessica lives in the most incredible Brooklyn brownstone I think I’ve ever seen. I begged her to let me blog her home – and to my relief she agreed. She sent along some info, along with before and after photos.

The home was built in 1887 and Jessica purchased it in 2007. When we purchased the house, all of the original details were intact however everything was in need of attention. Although the house had never been multi-family, there were kitchens on several floors. The façade was badly decayed. All of the mechanicals were outdated. 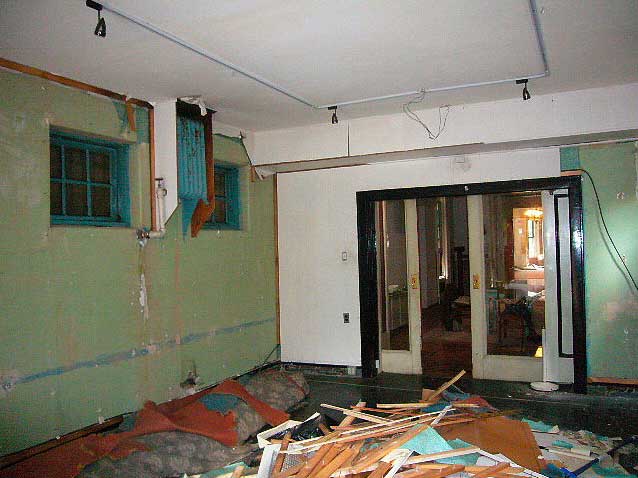 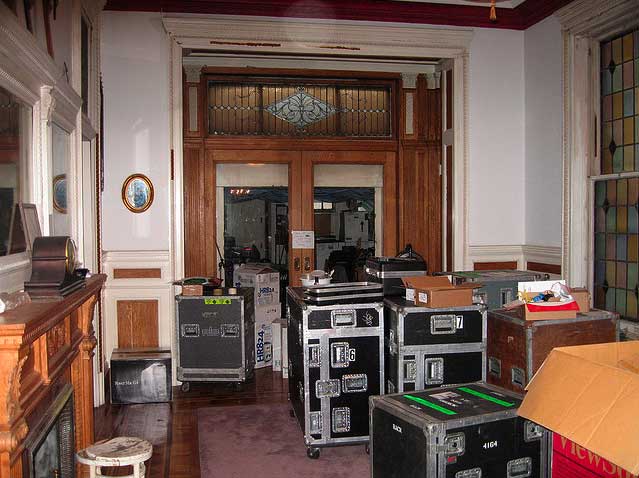 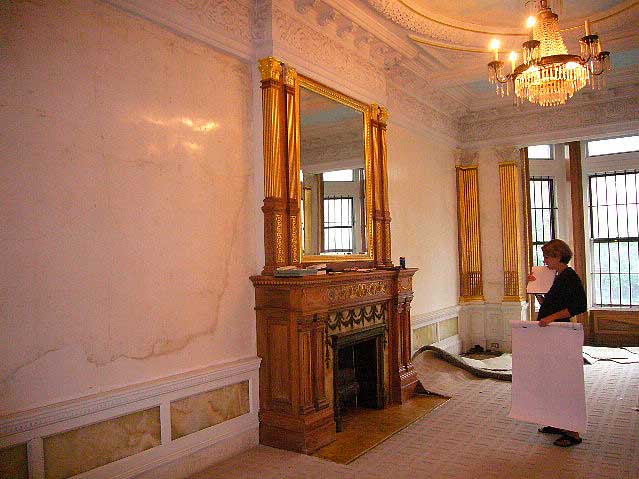 Work started about a year after we purchased the house and is just now nearly completed. The garden is our next project. Basically, almost everything has been “touched”. There are all new bathrooms, a new kitchen, a restored copper skylight, new mechanicals… In terms of new construction, we built a copper-roofed room to replace an unattractive records room that had been built in 1925 on the foundation of the demolished conservatory for the Brooklyn Public Library offices. We followed the lines of the conservatory, using the existing curved base and the original plans that we found at the DOB.  Two of the parlor parquet floors were damaged beyond repair and have been replaced. The heavily patterned parquet of the front parlor was discovered under carpet and linoleum tile and has been restored. A new curved iron stair has been added under the skylight to replace a narrow servant’s stair to the basement.

The details of this home are jaw-dropping. What I would give to have 1/8 of the spectacular architecture of this home in my own. Jessica has done an awesome job decorating her home I might add. In her own words: I want to mention that I am not “really” an interior designer. I did design and furnish this house. I am a life-long thrifter and a junk store junkie and much of my furniture was acquired this way. I have even been known to pull a few things from the neighborhood trash. My friends have been encouraging me to do this professionally. Well, YOU GO GIRL!!! (Many more photos after the jump) 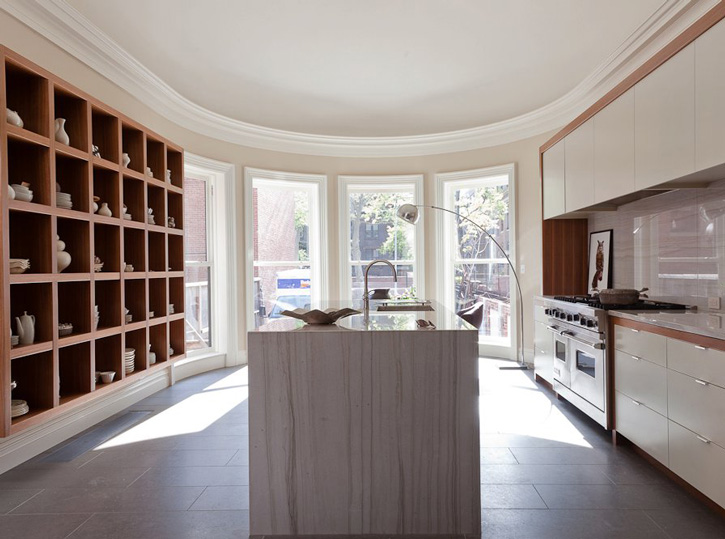 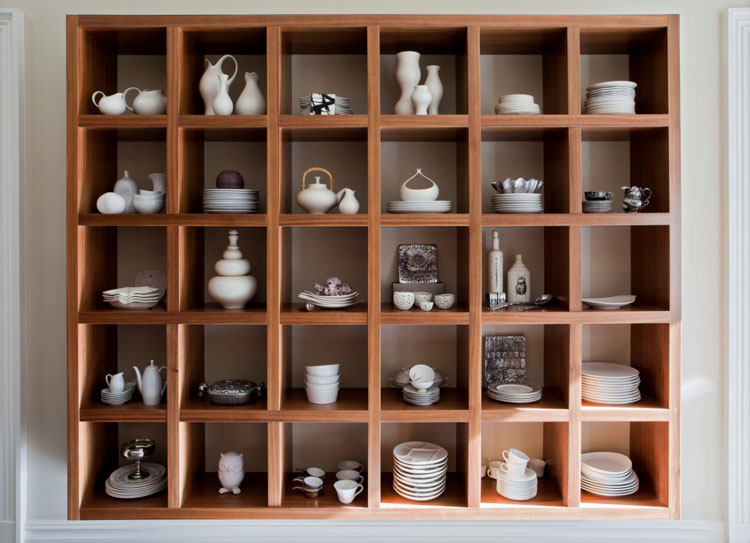 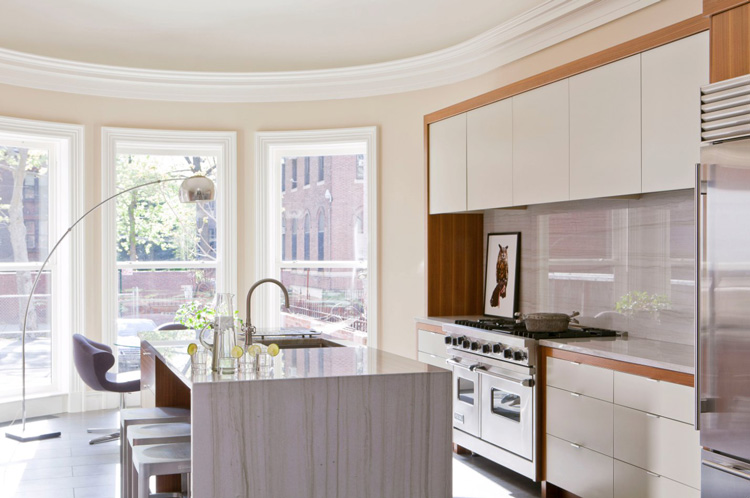 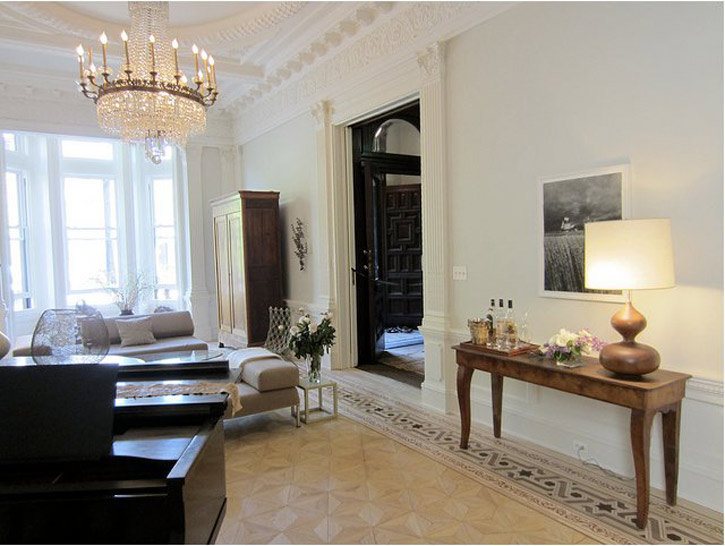 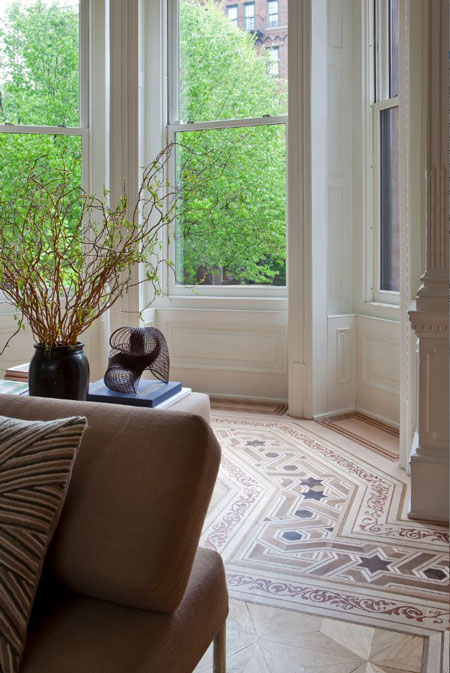 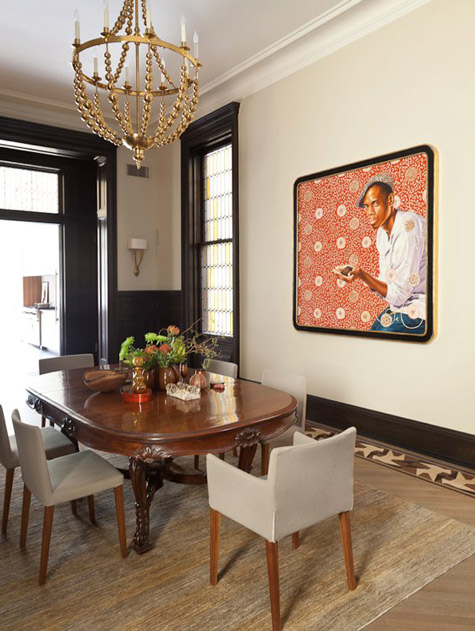 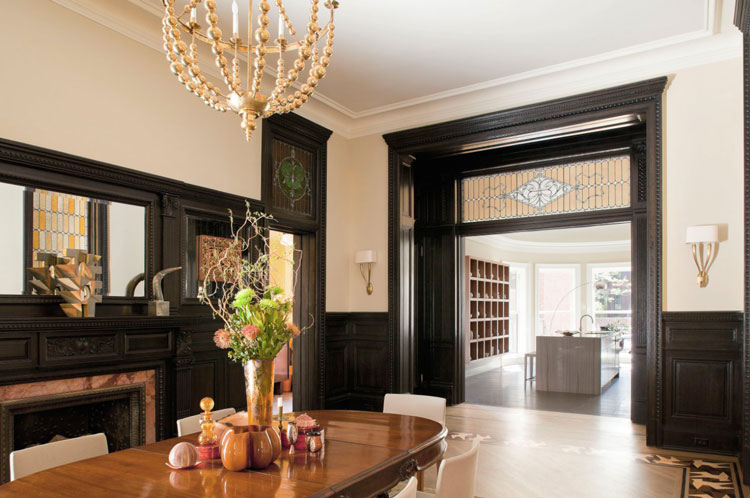 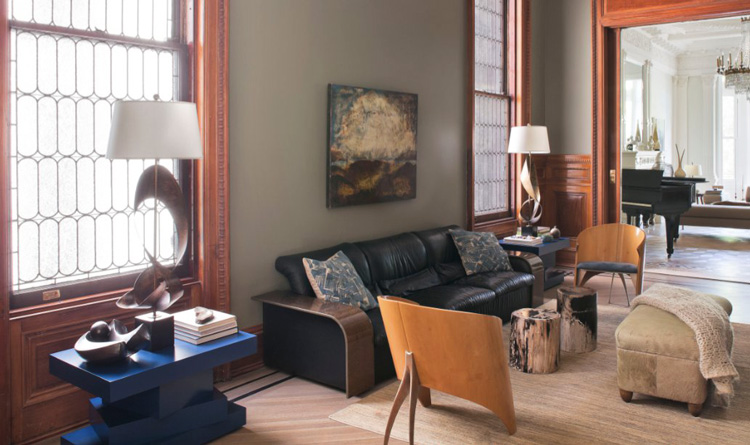 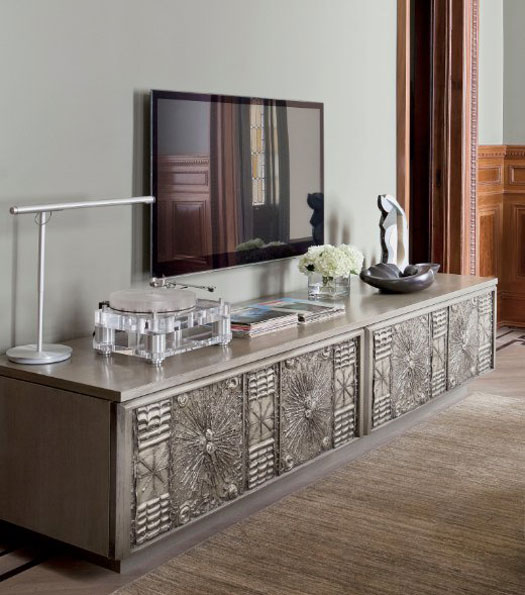 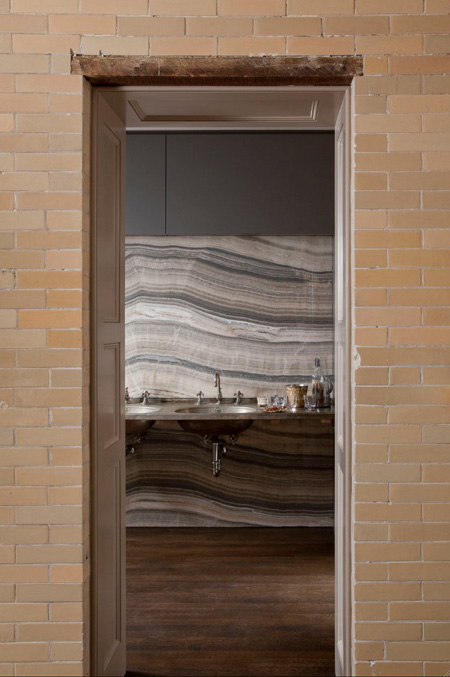 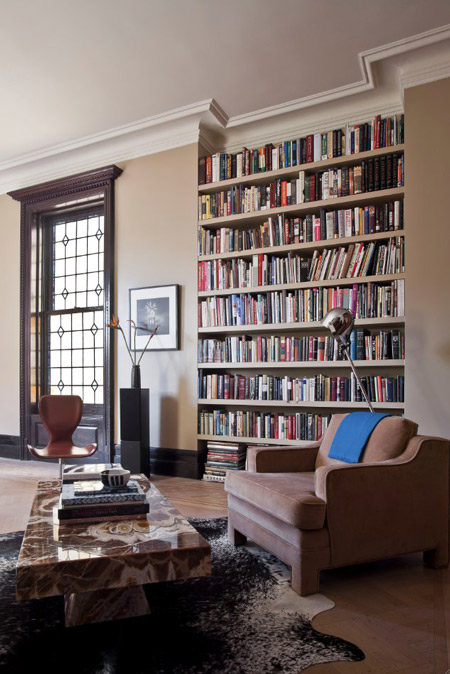 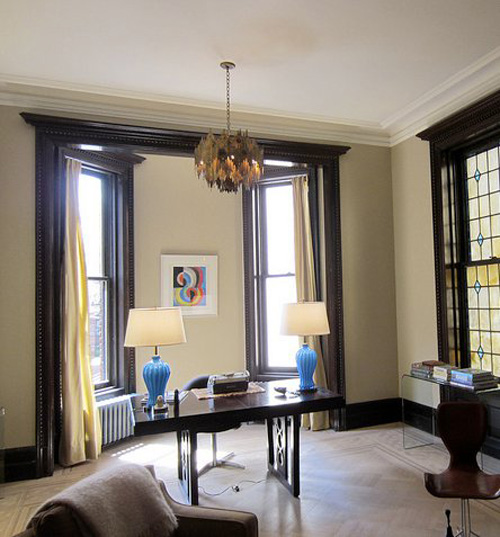 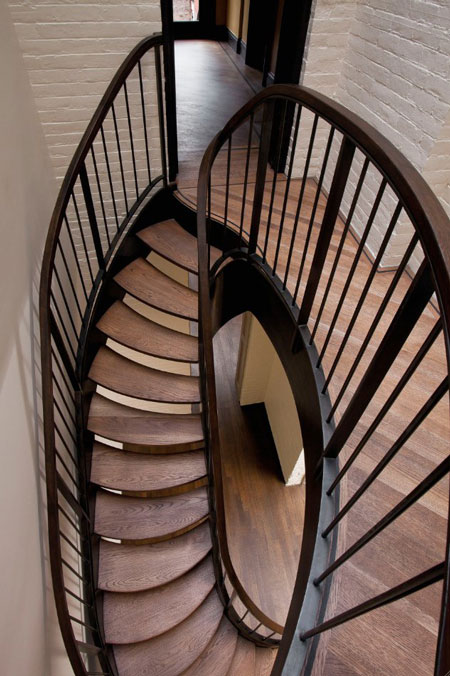 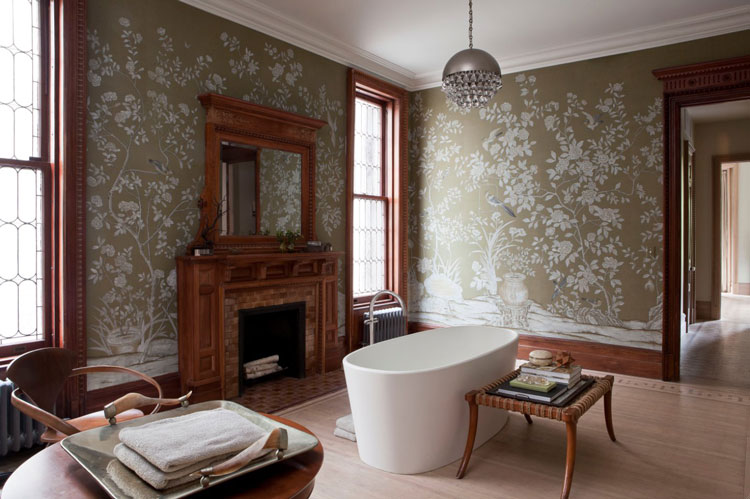 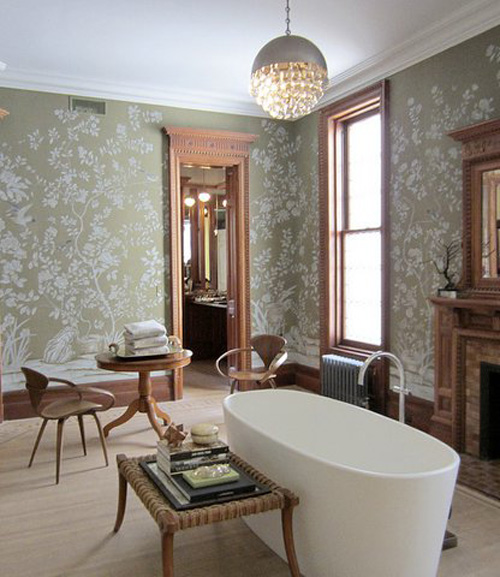 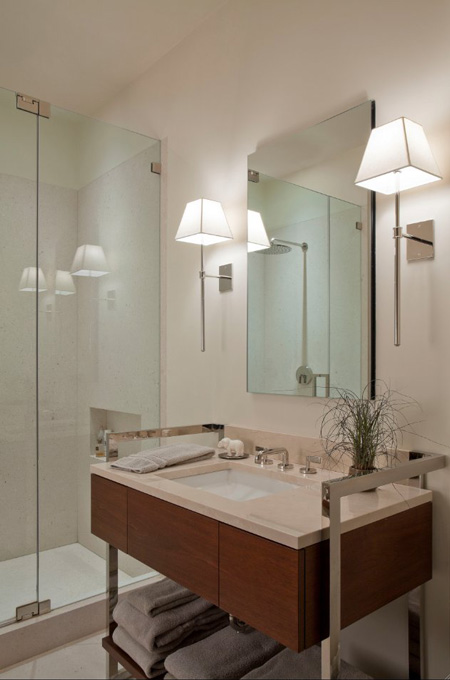 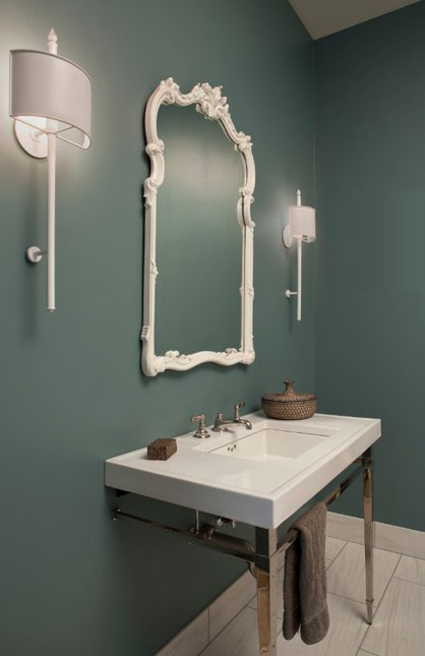 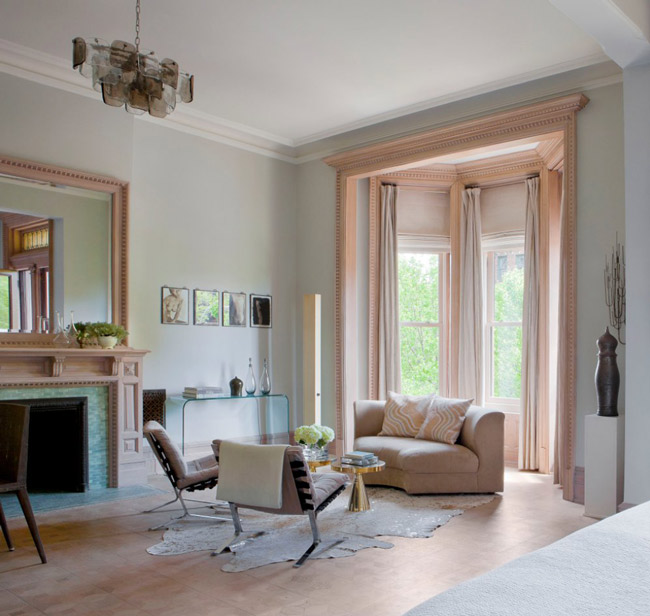 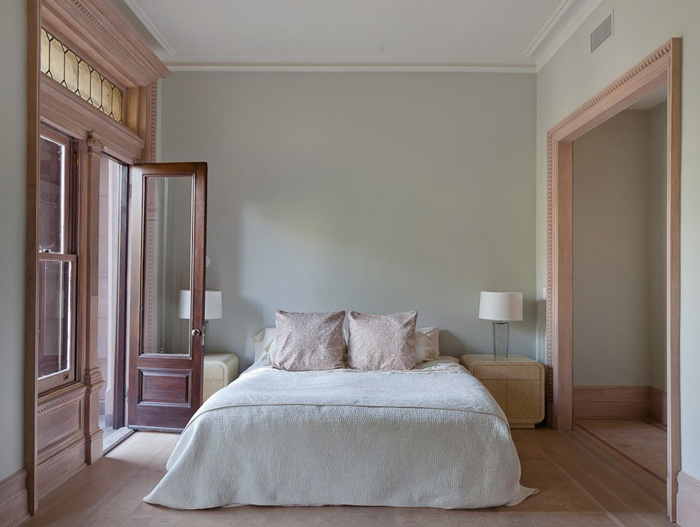 ****On a side note, I have a new post up on “Kim’s Page” of the blog featuring some totally awesome paintings by a Canadian artist that you have GOT to see.

Beautiful!
Money well spent!
I also like that Jessica didn't send you a link to her home, you had to beg her to show us this place.
Great post!

while there is beautiful restoration I just find it way too self conscious and "done" with far too many cliches – i.e. the bathtub in the middle of the room and the marble coming down the side of the kitchen island – an architectural cliche that will date these kitchens in ten years. No individual personality and in my opinion – beautiful but cold and uninviting. But, to be fair, it is far more expensive and takes a much more finely tuned sense of style to create the "artfully cluttered" look…

I want to sleep in the kitchen. WOW! And she's not a professional interior designer?! WHY. Creativity at its best!

Wow! I really love the concept of your design! I wish you posted before and after photos for each room you've renovated.

I am speechless! If this lady is not an Inteior Desiner, WHY? Stunning , absolutely stunning.

I loved it. Are tese original flooring or enginered ? They are just what I was looking for my " fix up " townhouse.

Gorgeous place ! I we werent' on the budget, I would hire you.

Who owned the house when it was sold in 2007 and is this the house with the spectacular Moroccan party room?

Ooh, the attention to each detail is incredible. I could look at your home for hours and see different things! My fav? The designs in the tile borders on floor, the clear (?lucite) turntable – where on earth did you find that??), the windows are gorgeous. Enjoy and thanks for sharing.

Wow, the house looks amazing. Even with such compact spacing, it is a very intelligent way of adding accessories to the overall space. It's a great inspiration for great design and serves the purpose well.