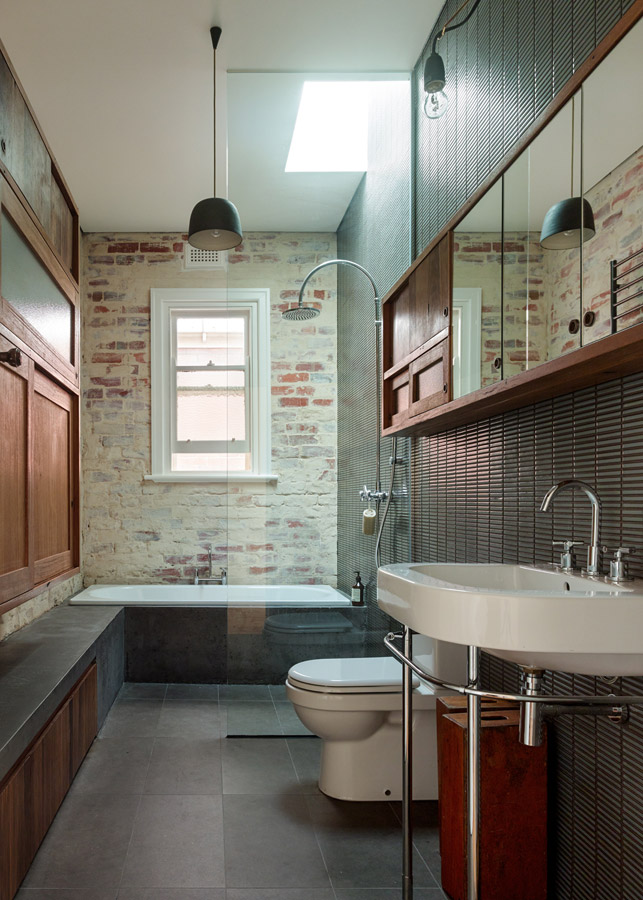 A Californian Bungalow trapped in a 50s time warp has been given new life by Melbourne based MAKE architecture. Reminders of the house’s past link to the new. Where possible materials were reused in the renovation and the new layout allows flexible use of the rooms including a sunroom once considered as wasted space.

“This project goes against the too common ‘gut-and-re-build’ approach to interior projects. Rather than totally strip the interior, the existing building and its past lives are treated carefully and with respect. The renovation is considered as another layer to the life of the house rather than as a whole new story.” 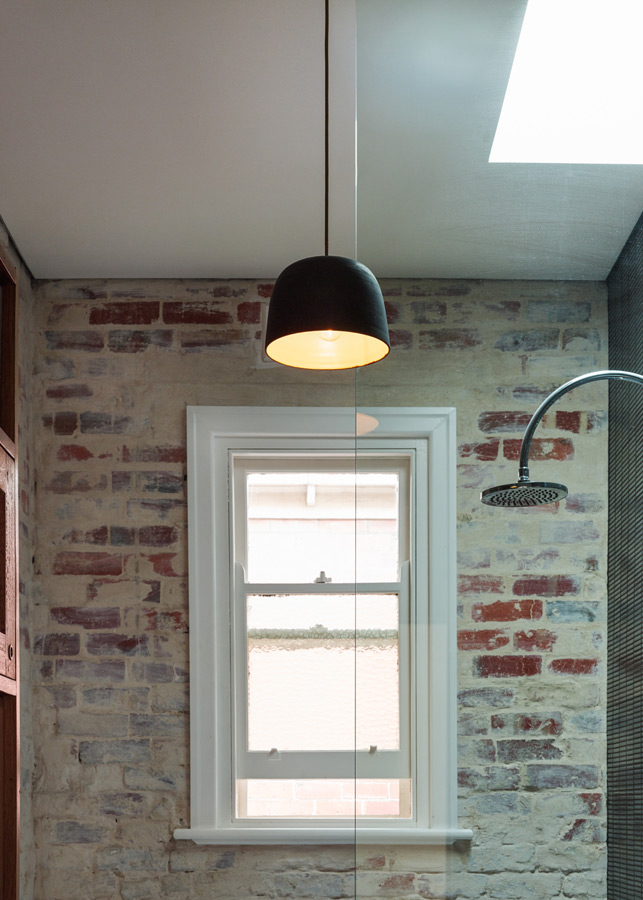 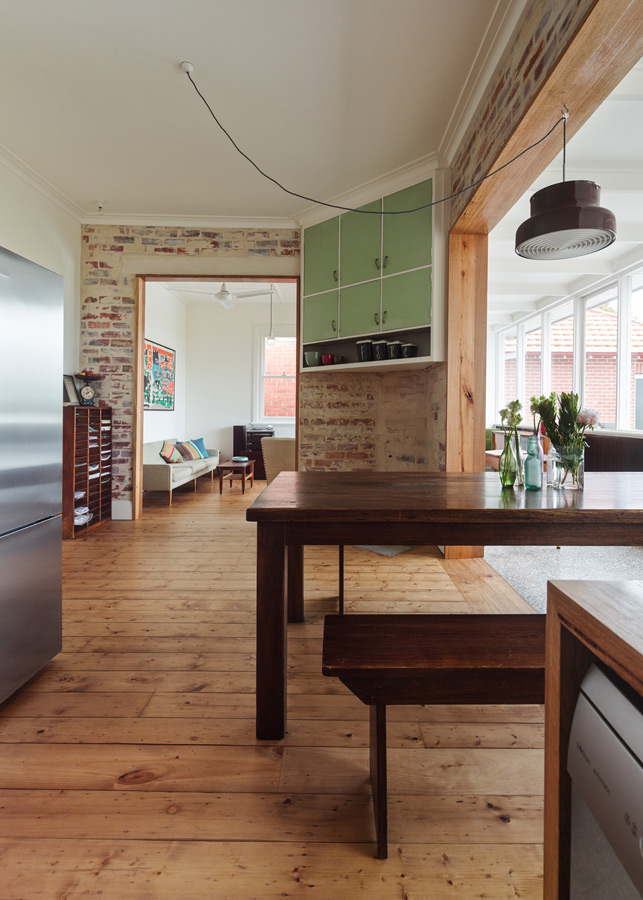 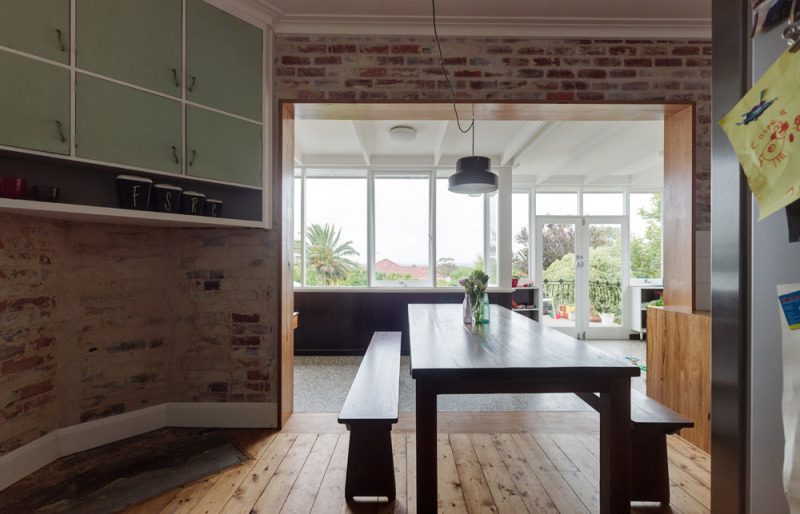 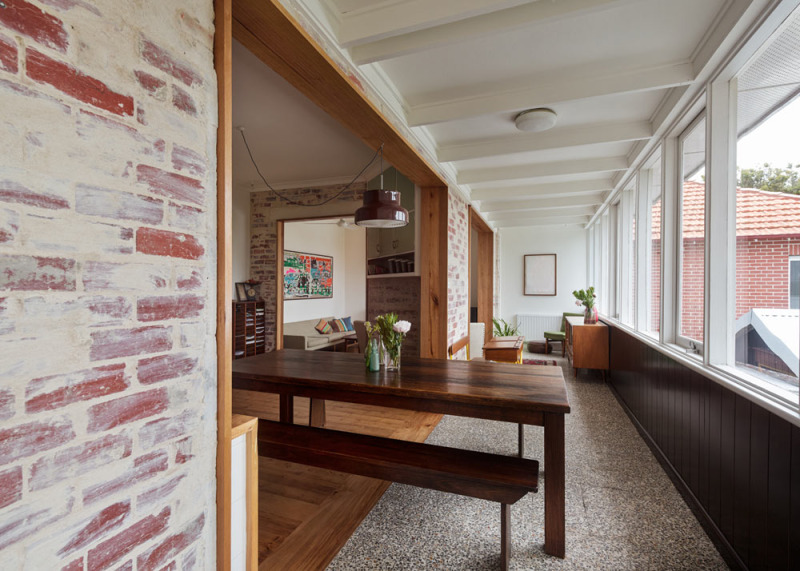 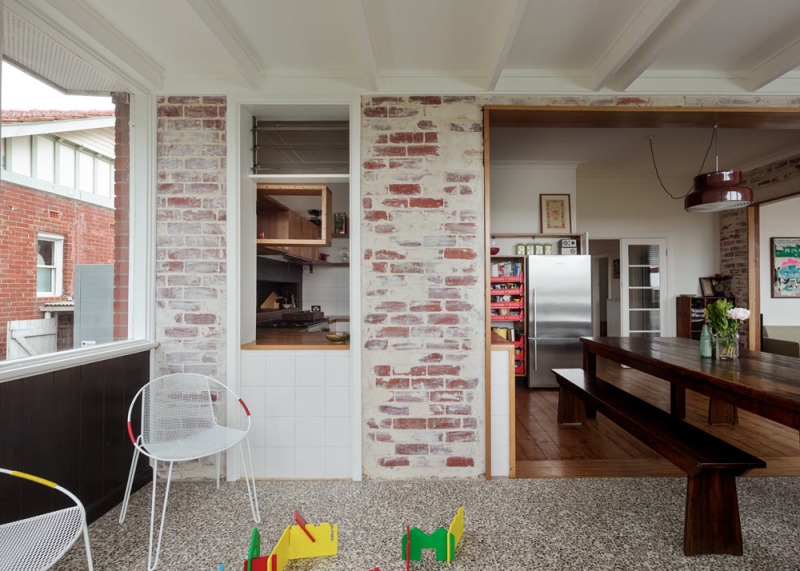 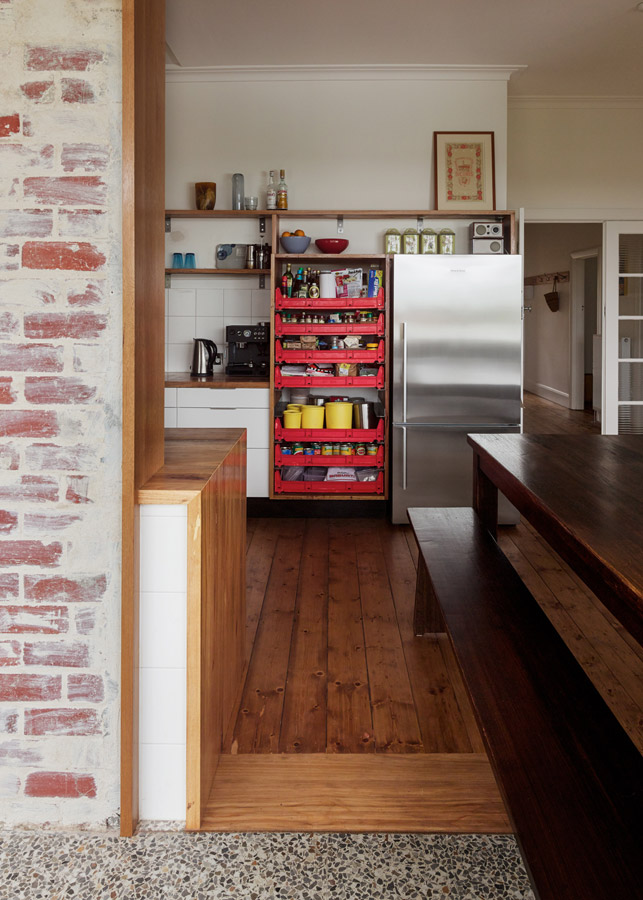 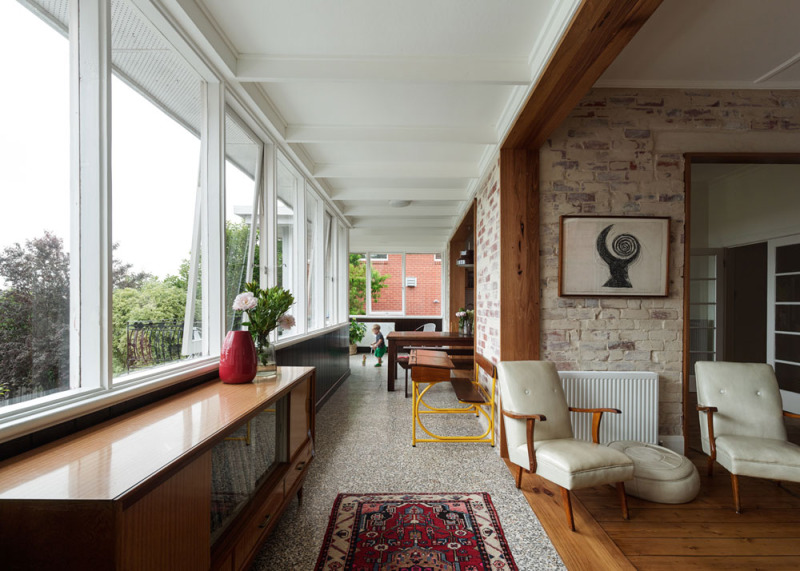 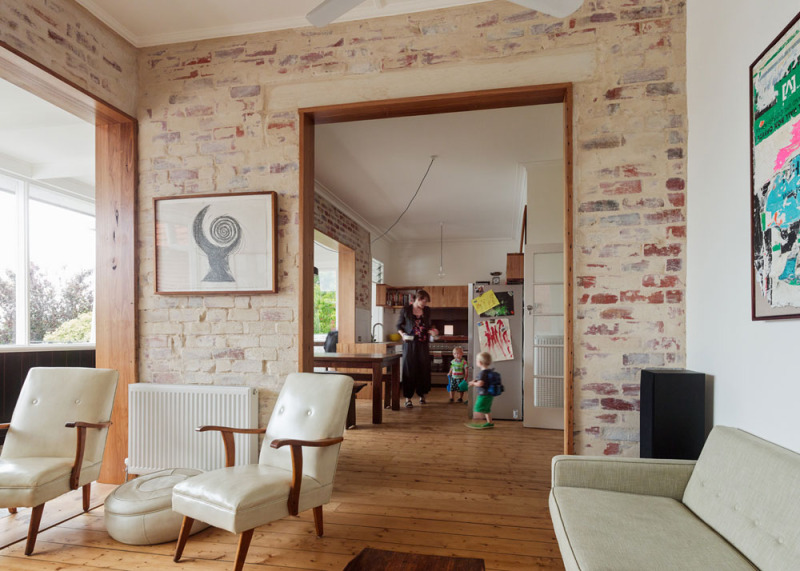 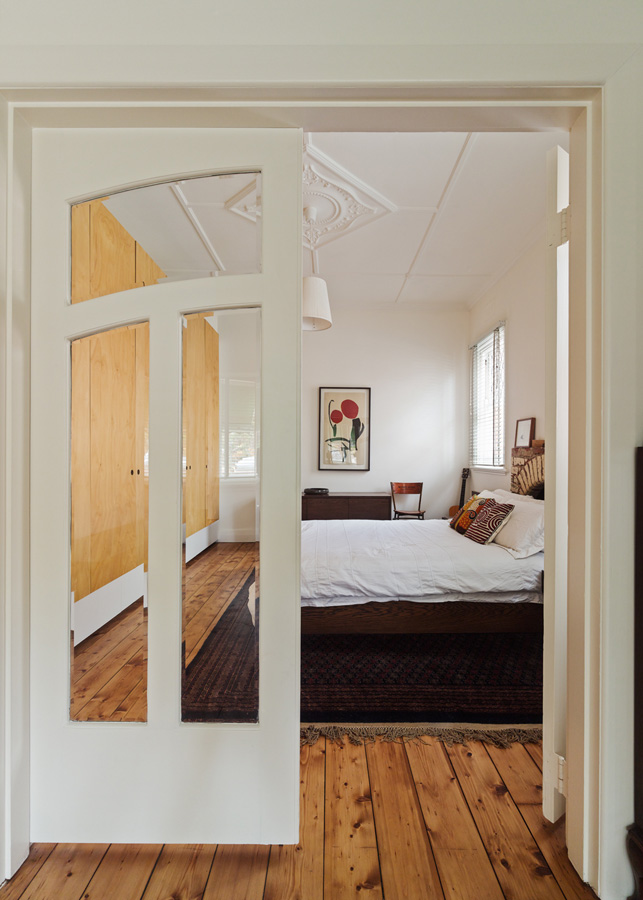 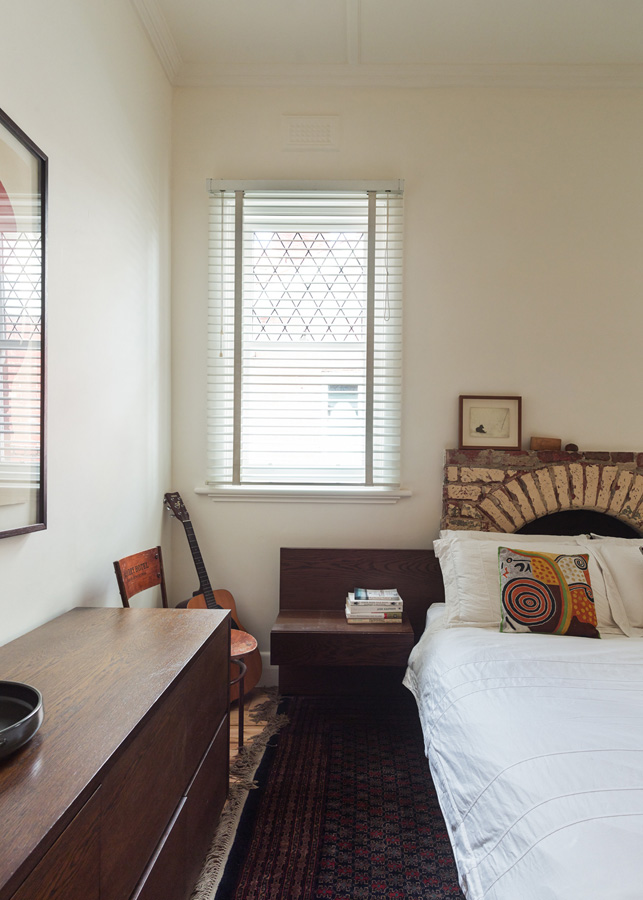 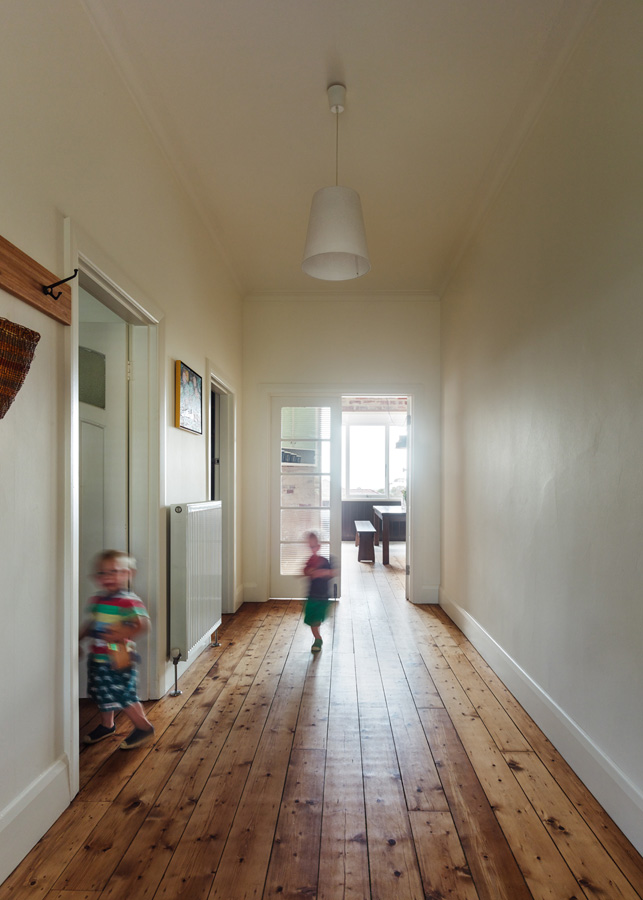 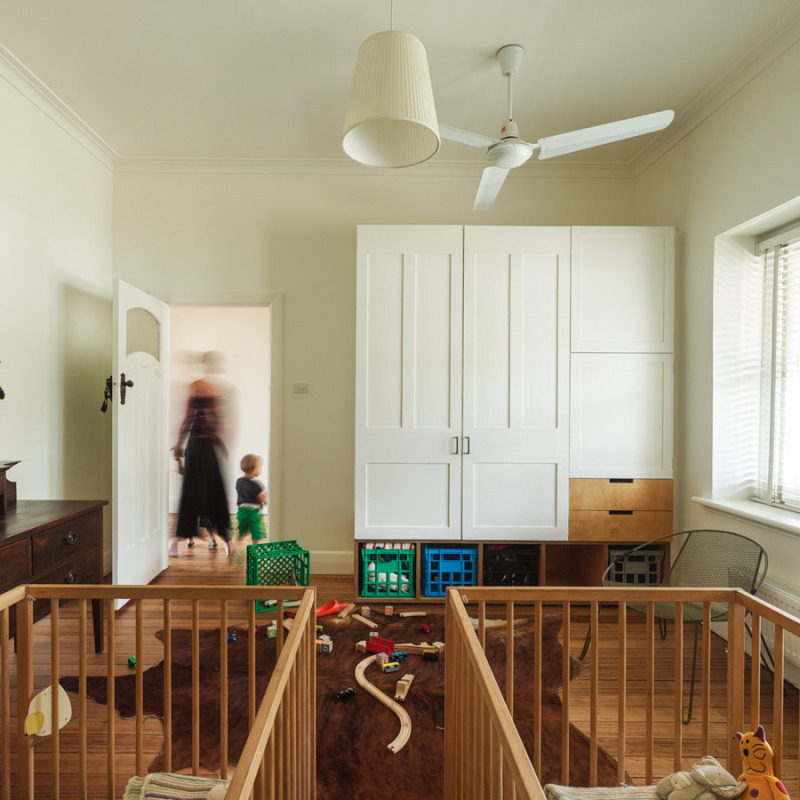 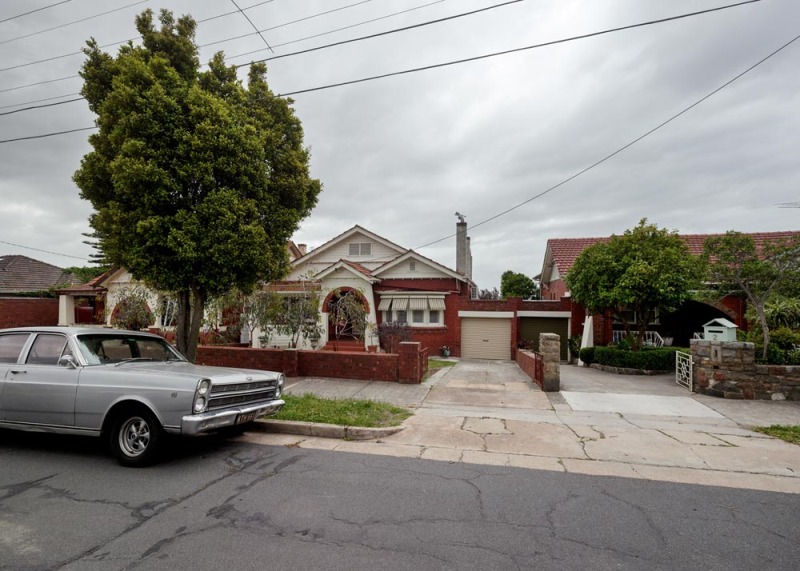 I've never been to Australia, but when I do go, FORGET about all the tourist attractions…. I will spend my visit driving through lovely neighborhoods like the one this house is in. Absolutely lovely.

I love that pantry. Where do you buy those metal outdoor chairs??? My friend was showing me them yesterday and couldn't find the stockist in the magazine.

A country home in Belgium