One of the blog posts I had done while I was down south was about architecture firm Creative Renovations. It seems some of the photos I had featured of a sparse townhome in Red Hook, Brooklyn, have since been transformed into an eclectic and stunning home. Creative Renovations worked on this project with architect Rafe Churchill and his wife, interior designer Heide Hendricks. The 19th century six-family tenement was a diamond in the rough, and when purchased had already been almost entirely gutted. 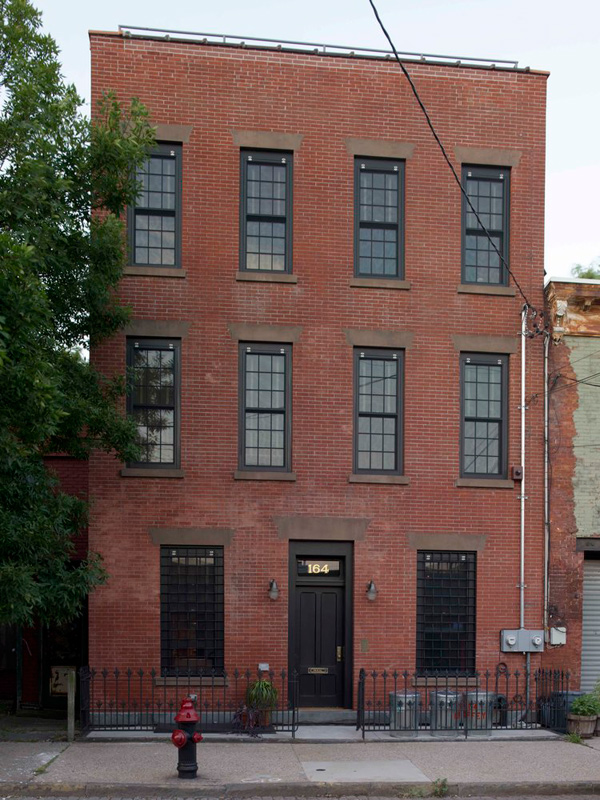 Lacking any character, it was repurposed into a single family home with a first floor apartment. Rafe and Heidi went a traditional route with the decor, with some loft-like qualities and a maritime theme (it is a few blocks from the waterfront). At first I was a bit put off by the somewhat odd colourful trim detail…. 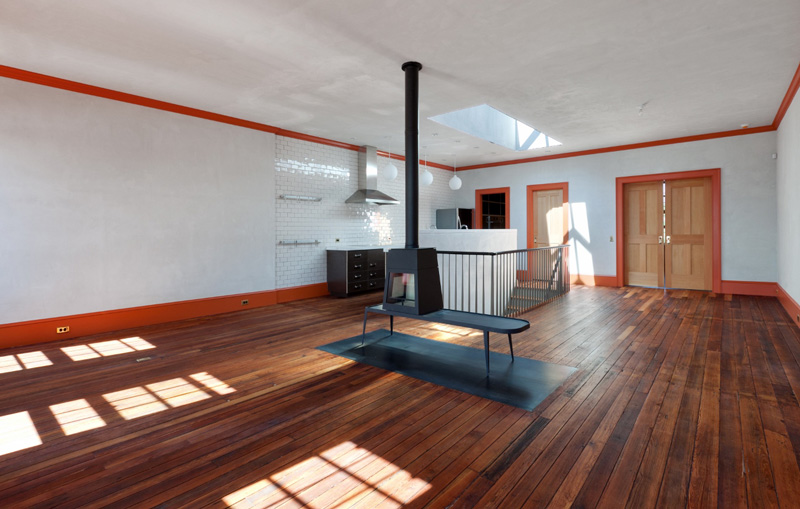 But with the furnishings in place – an eclectic blend of traditional and mid-century, it makes complete sense. It was an inexpensive way to add an architectural feature and make it pop. Just the right amount of quirkiness. (Photos: John Gruen) 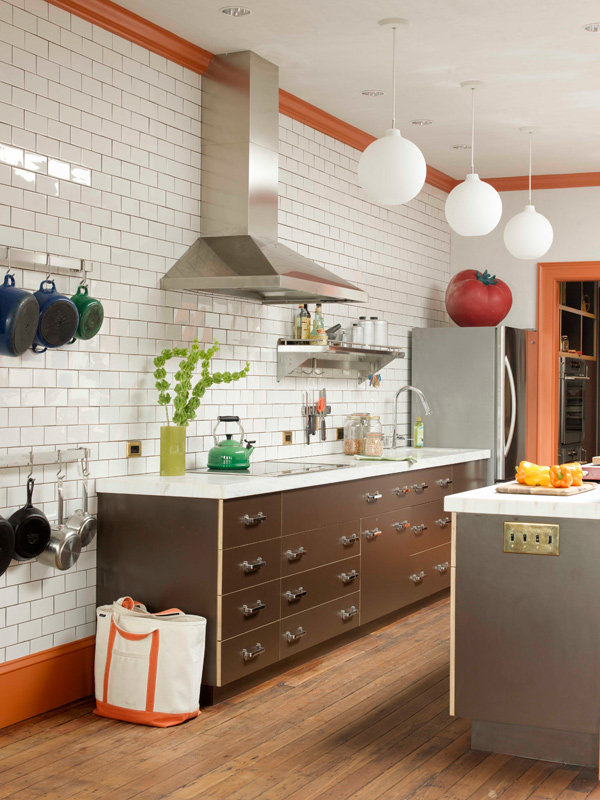 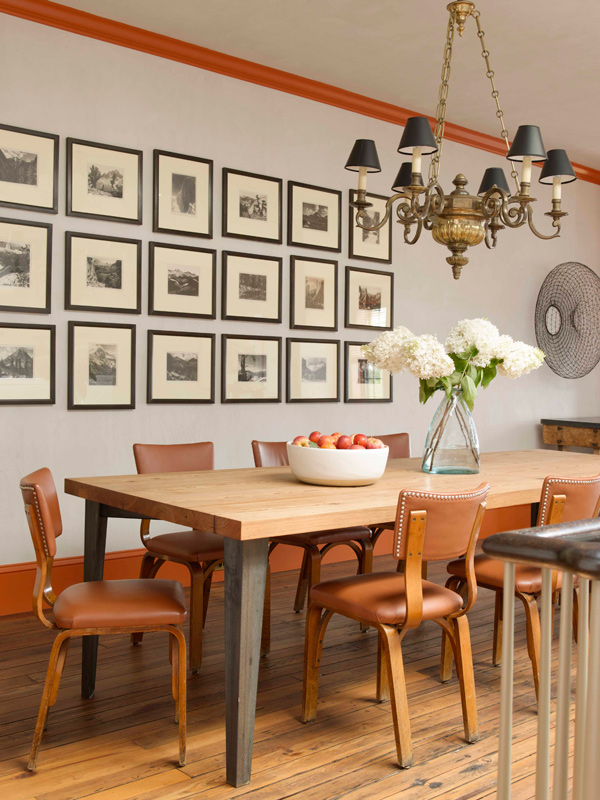 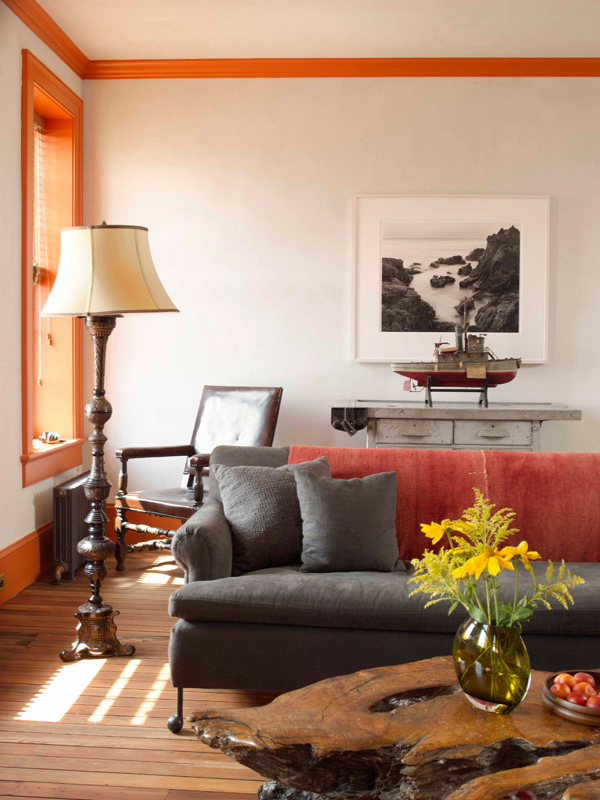 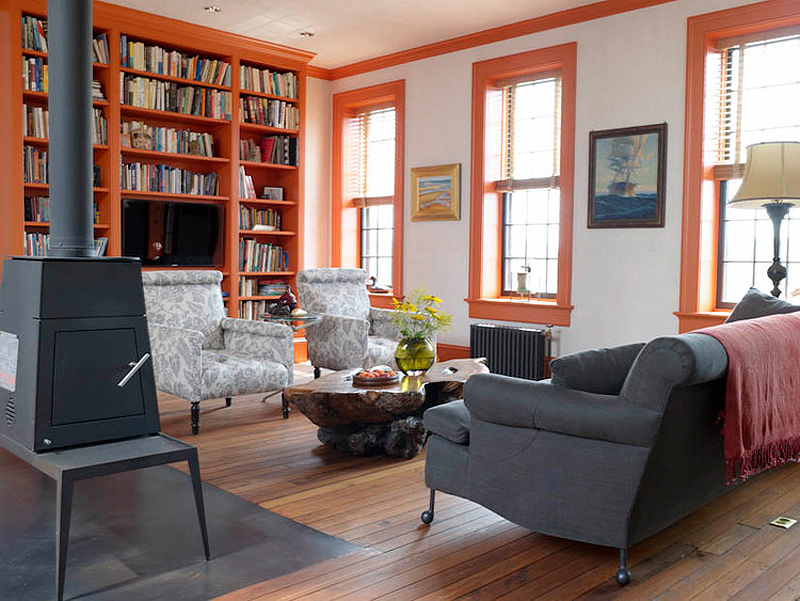 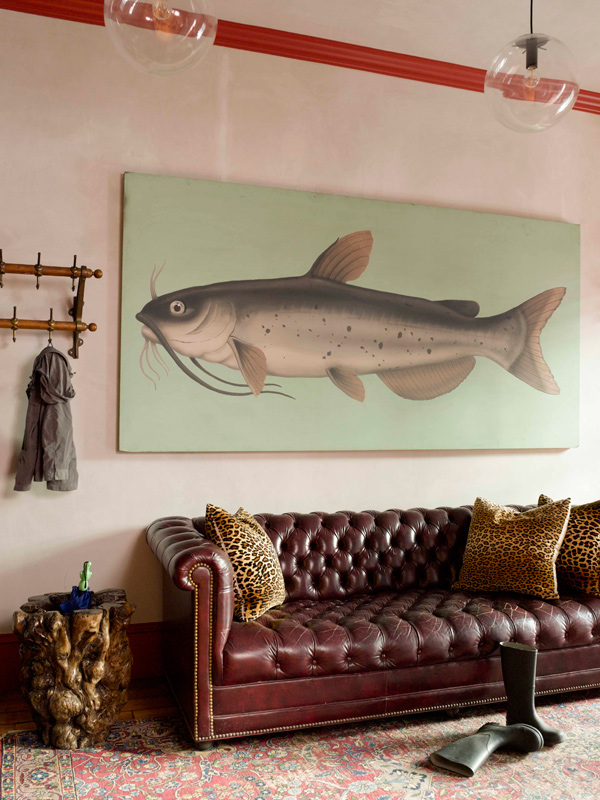 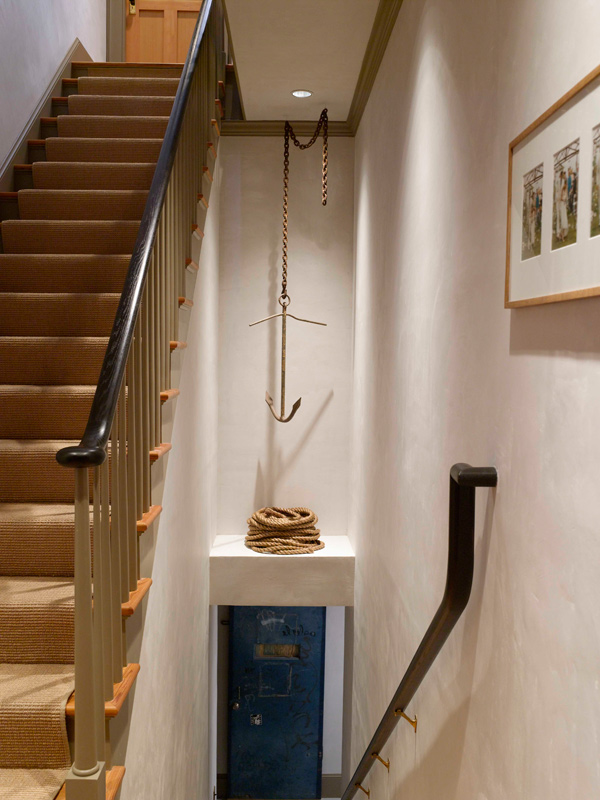 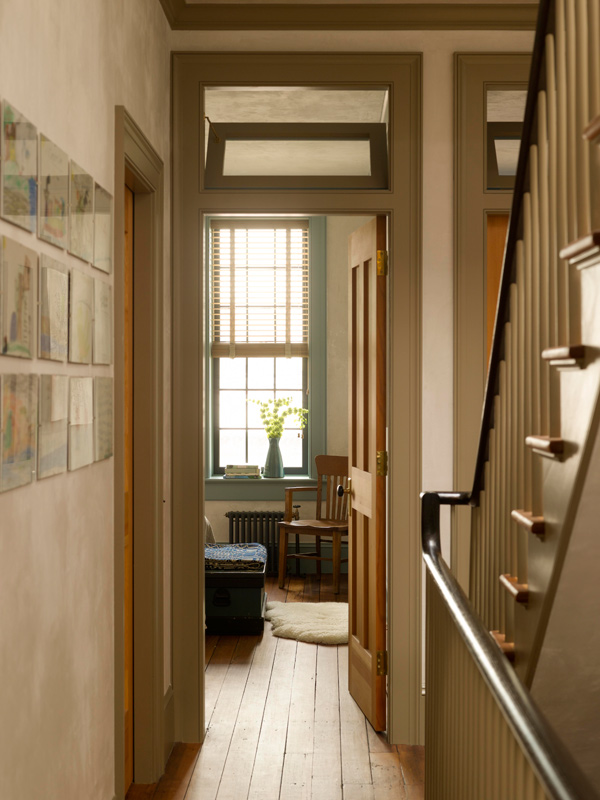 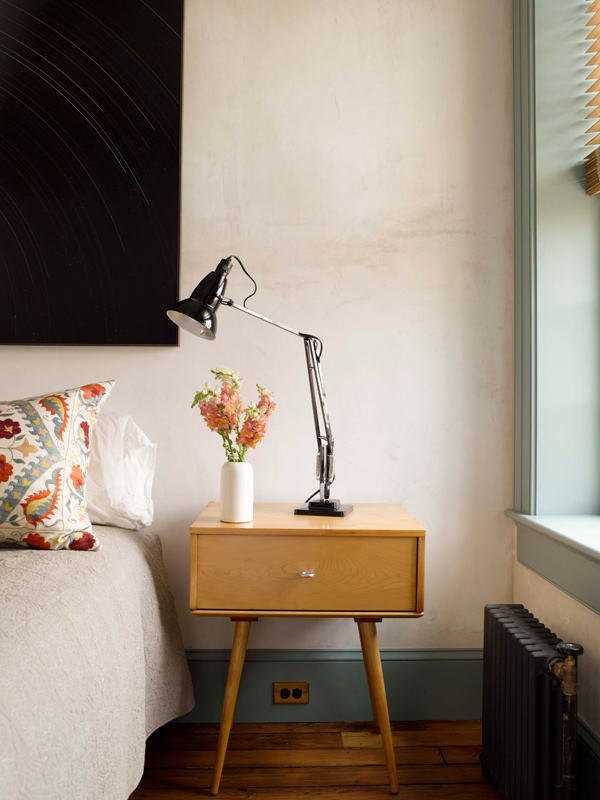 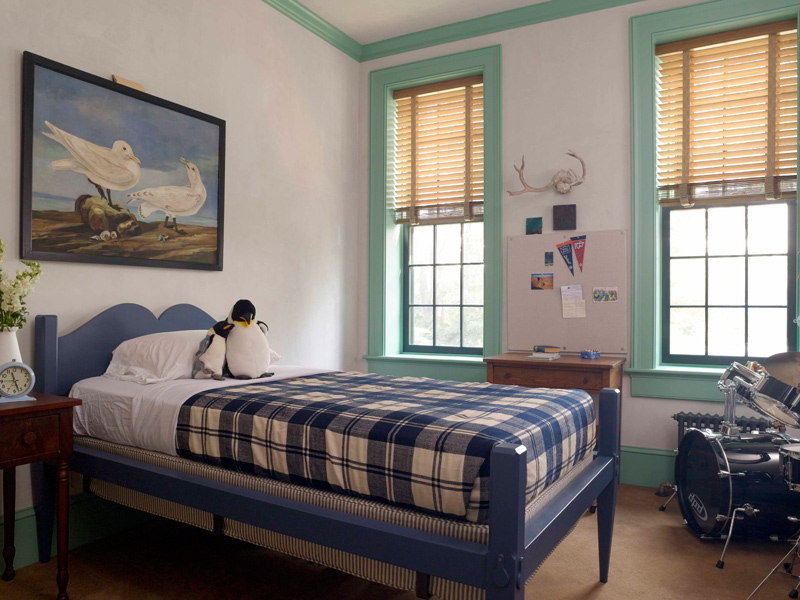 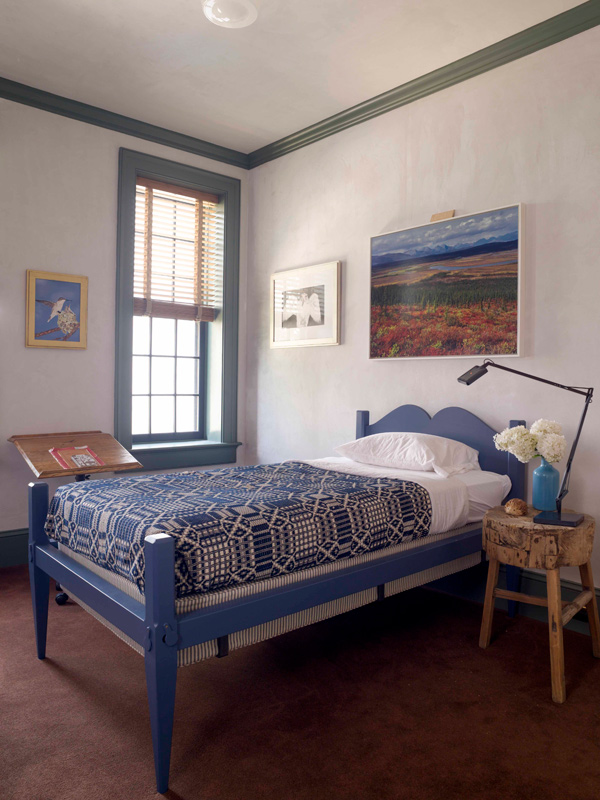 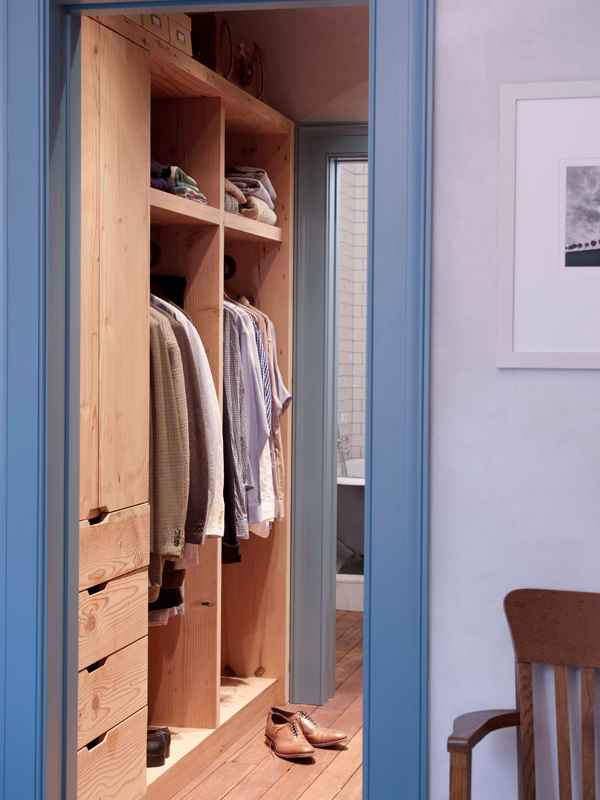 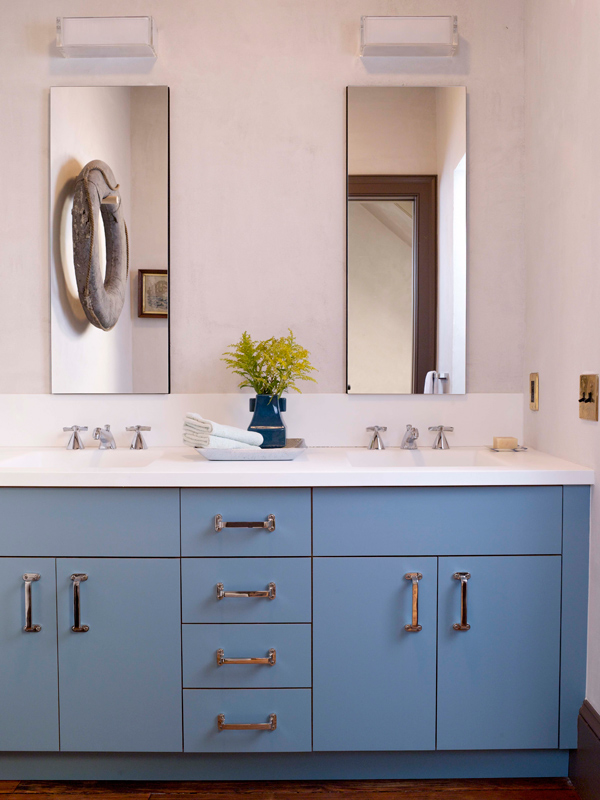 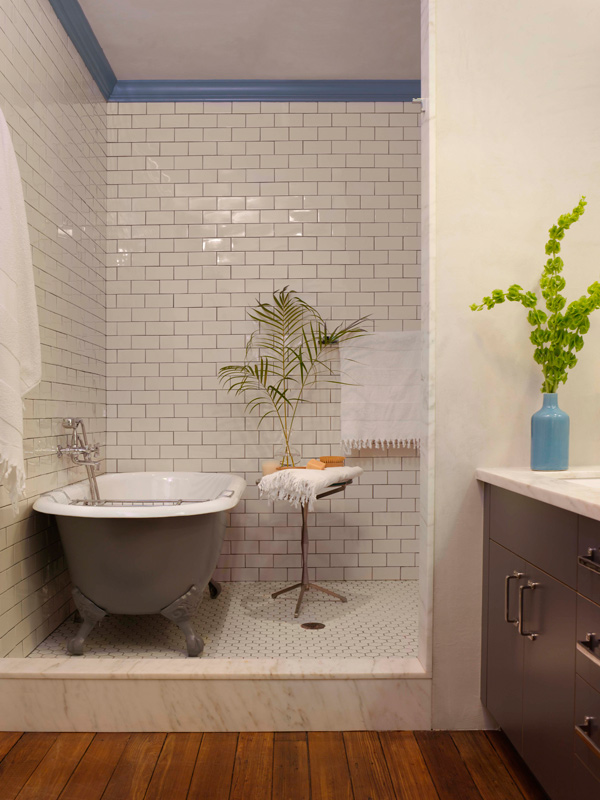 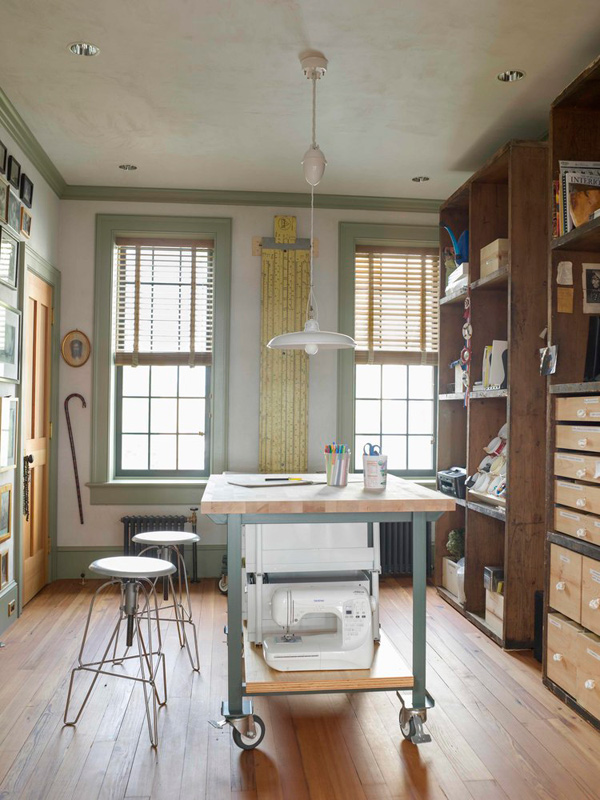 Something about that huge fish painting paired with leopard print pillows strikes my fancy!

Love the kitchen and that wood coffee table. Great taste. At first the orange trim was a turn off but then once the furniture was added it worked great!

that's not a brownstone
https://en.wikipedia.org/wiki/Brownstone

you're right, I should have just called it a townhouse

sorry, that orange trim has got to go.