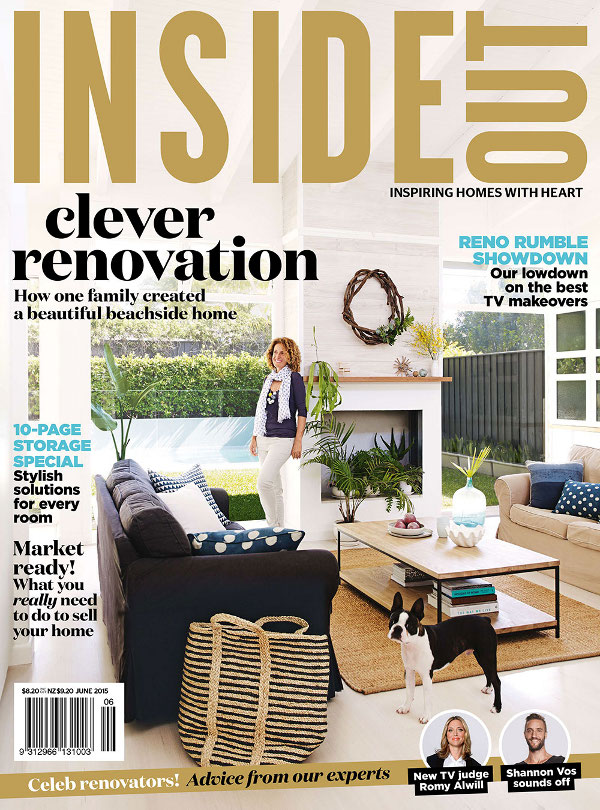 Has half the year flown by already? Is June just a day or two away? It must be because I found an email in my inbox from Inside Out magazine’s Managing Editor Lee Tran Lam with a sneak peek at the June issue. June! The blow of somehow having frittered away six months of the year was soothed by the pictures of the amazing home she shared.

So it’s that time again and given the drop in temperature, I’ve got a home from the new June issue of Inside Out (out Thursday) that I think you might warm to. It belongs to photographer Harold David and it shows that the waiting game can really pay off. He first spotted this Blue Mountains home back in 2005 – it was not too far away from his weekender – and fell quite dramatically for it. He would look into the windows and say, “I want this house”. Then – years later, in 2013 – he happened to be stumbling across real estate sites and saw that it was up for sale. And even though he had no plans at all to move at that point (in fact, he had settled into a Sydney home that he’d extensively renovated only two years prior), this Blue Mountains cabin just had such a hold on him that he couldn’t resist. And now it’s his. (Ceri David’s story about this in the mag is great – she asks Harold David why he was looking at houses online if he had no intention to relocating, and he replies: “I just love property porn! I bawl my eyes out when I watch Grand Designs.”)

Wow! What a house! The styling in the story is by Lara Hutton, photography by Harold David. Can’t wait to see more when the June issue of Inside Out hits the stands tomorrow. Don’t fret if you aren’t in Australia though. You don’t have to miss out. You can read along on  Zinio, Google Play, the Apple Newsstand and Nook. 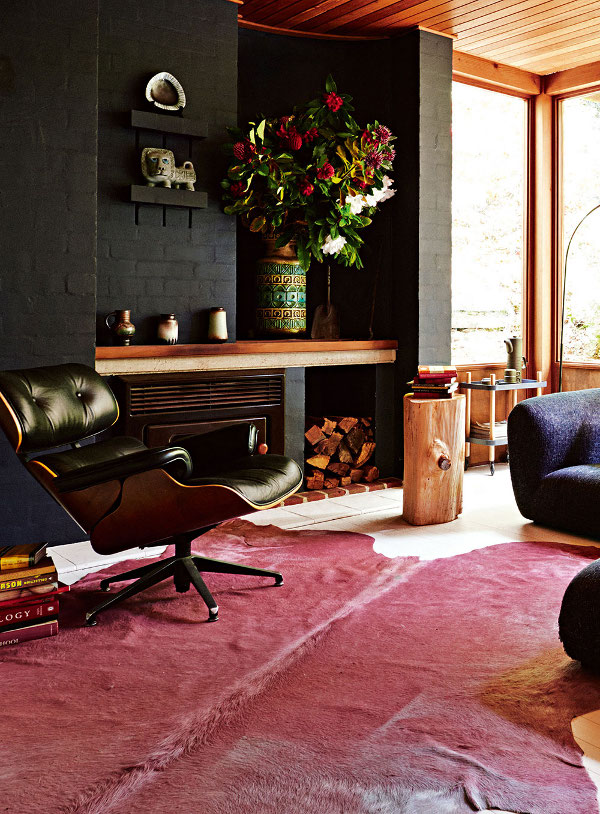 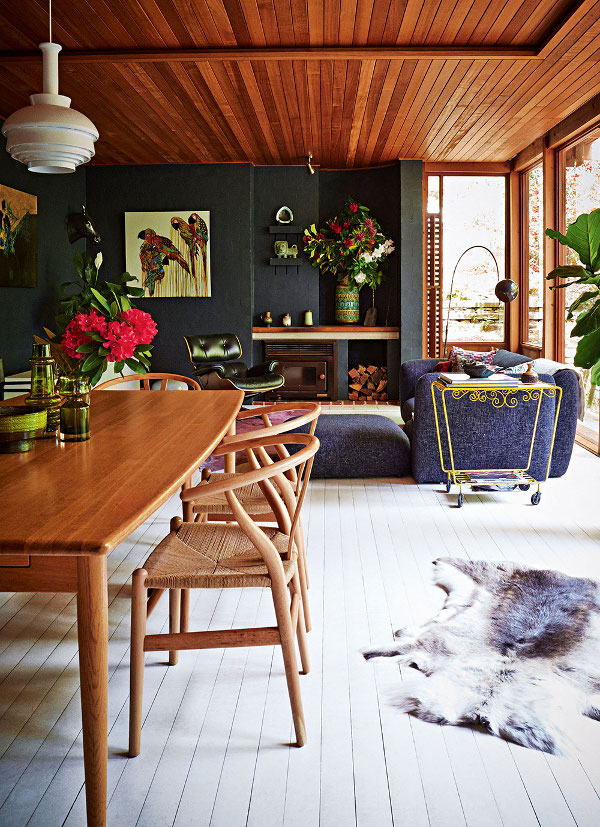 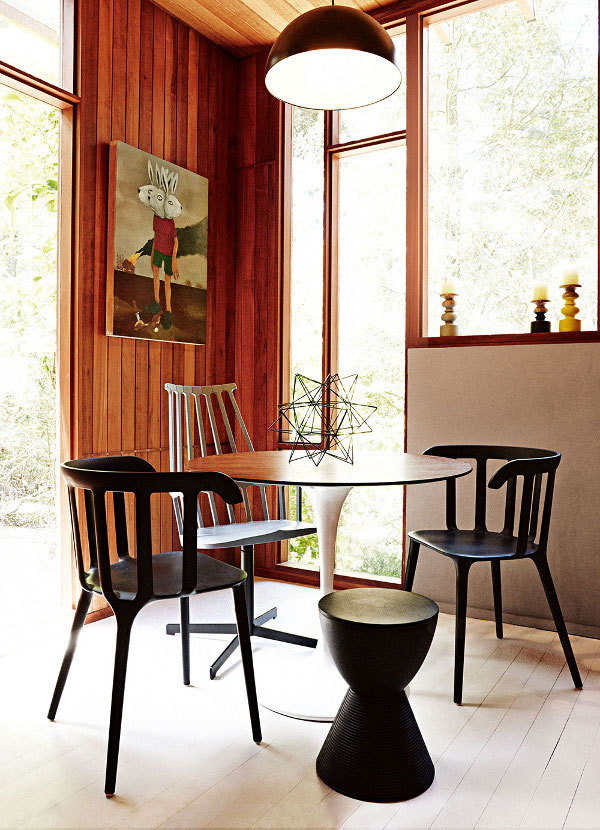 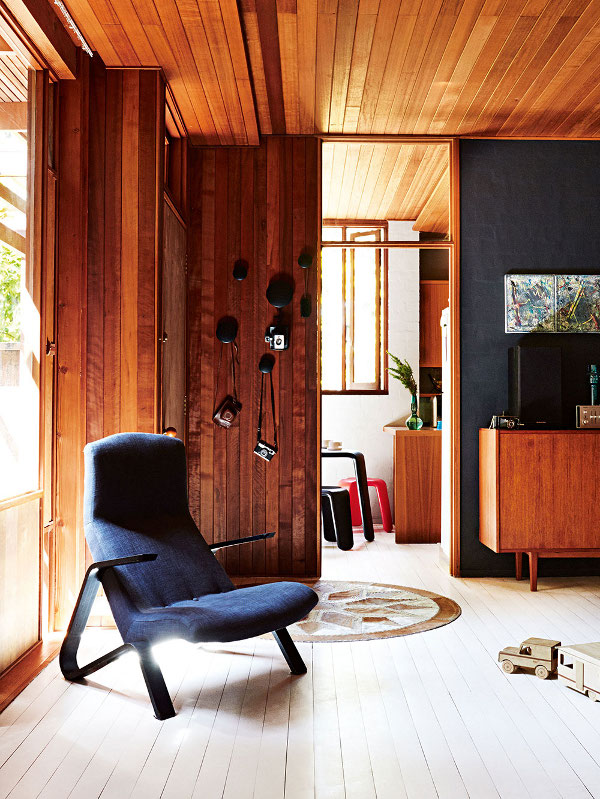 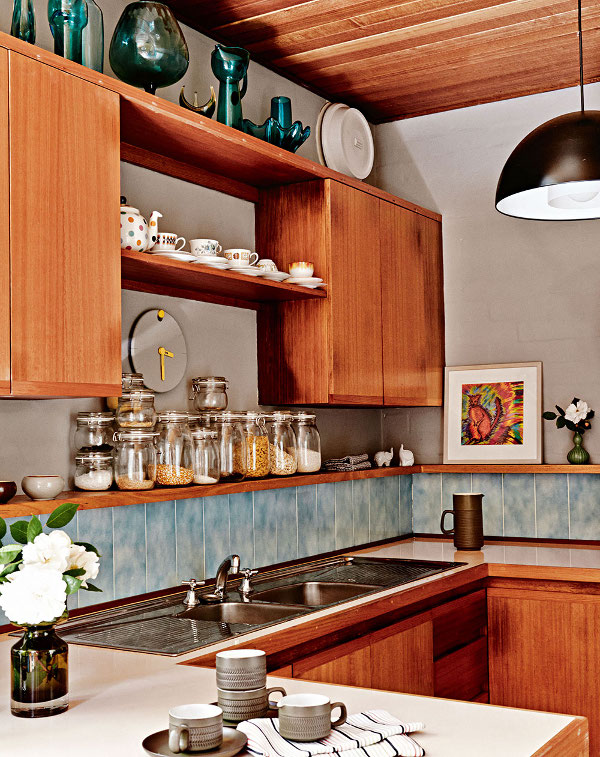 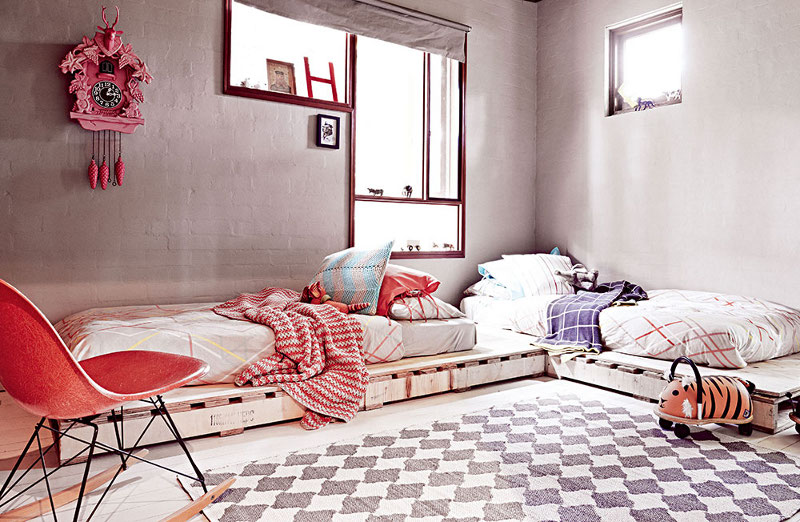 That pink hide! Those black bricks! Plank ceiling! This made my eyes pop out of my head. Lovelovelove.

Scandinavian by the sea

An earthy yet sophisticated kitchen