The home of Ross Lovegrove 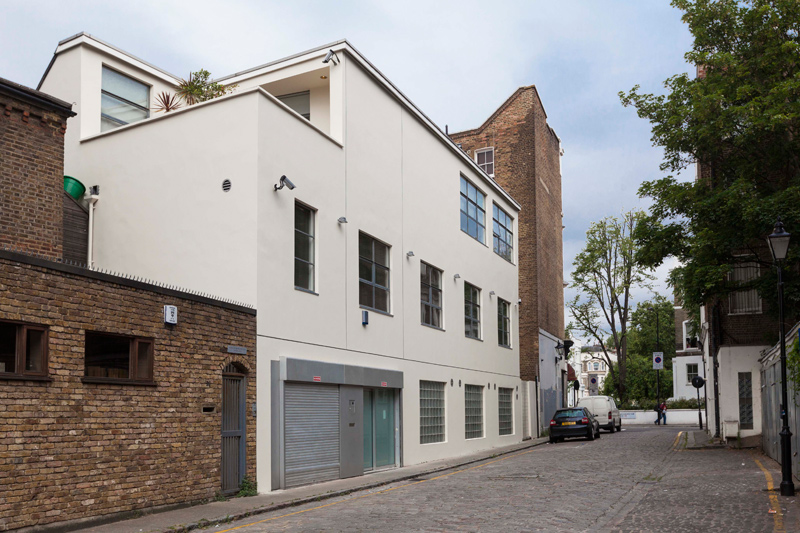 The 5,000 sq ft Notting Hill, London home and working studio of architect and product designer Ross Lovegrove is for sale via Domus Nova and all I can say is WHOA. I would prefer to call it a museum. This three storey former steel framed factory building, which was originally created by Richard Seifert and later reconfigured and extended by Miska Miller has played host to the creation of some of Ross Lovegrove’s most significant product designs and today remains a design archive of pieces that were created specifically for the property and have never been produced elsewhere. Central to the success of the redevelopment of this late 1950’s commercial building was the addition of the much feted ‘DNA Staircase’. Locating workspaces on the ground floor to allow for direct access from the street, the upper floors were designed to follow the principles of upside down living, with the bedrooms and study areas on the central floor and the entire top of the building given over to one 30m living and dining areas. Elsewhere, integral details such as the kitchen cabinetry, which was created from honeycombed fibreglass aircraft flooring, the carbon fibre sinks in the bathrooms and the huge 2.5m sliding doors on each room will remain in the building as a testament to Miller and Lovegrove and their love of utilitarian design. 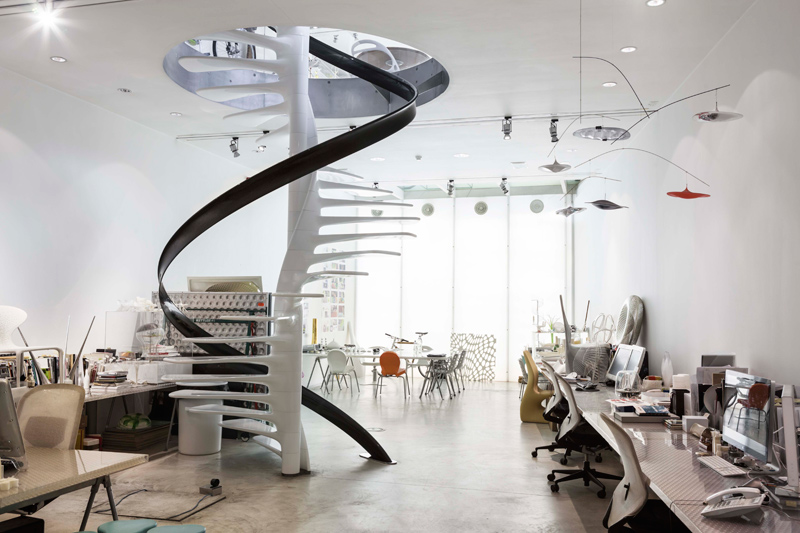 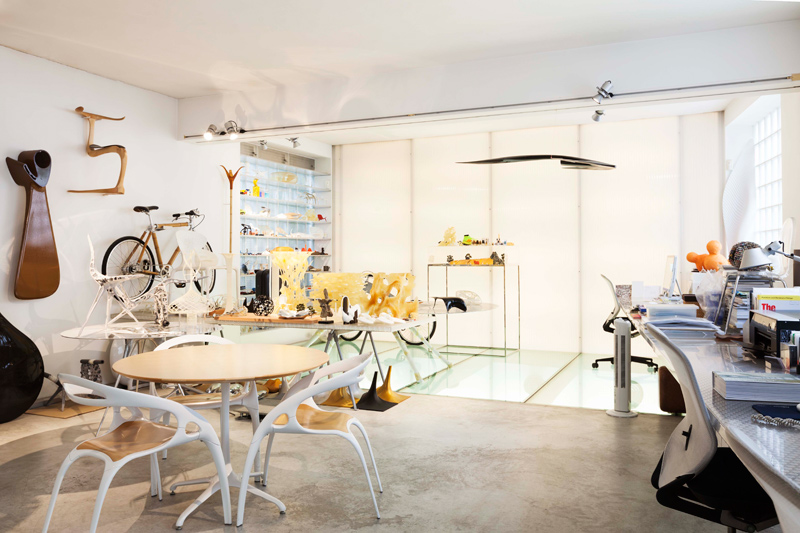 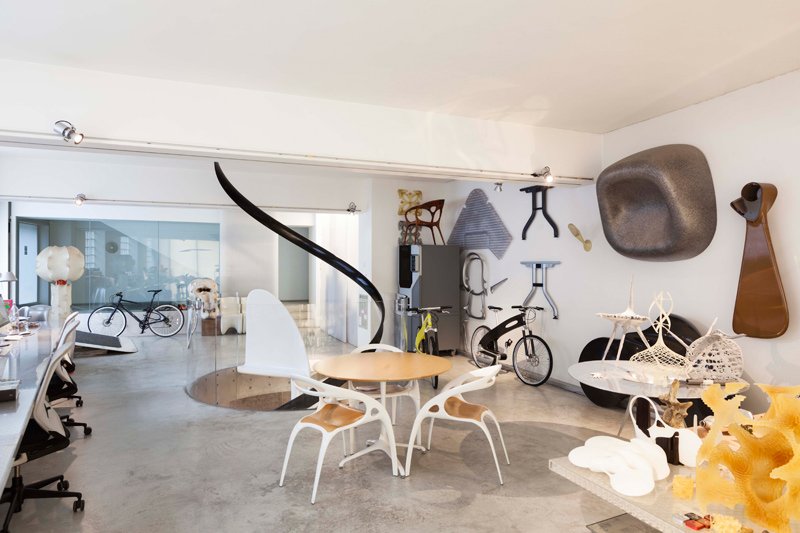 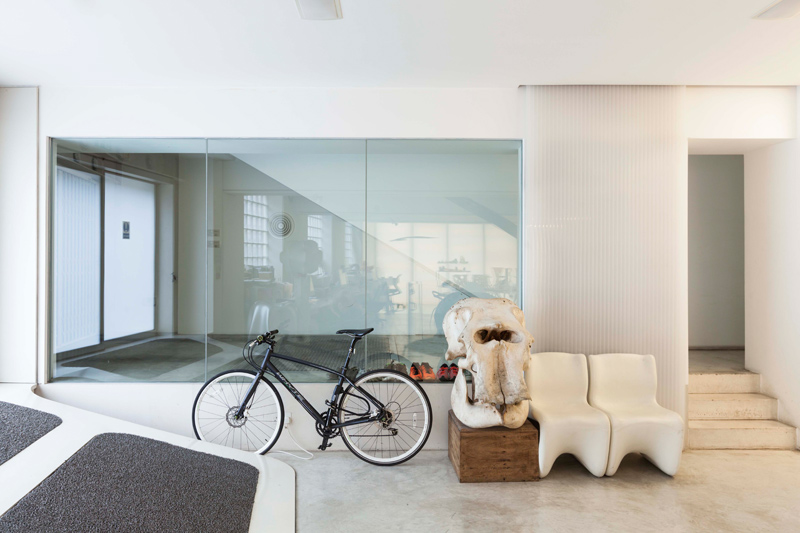 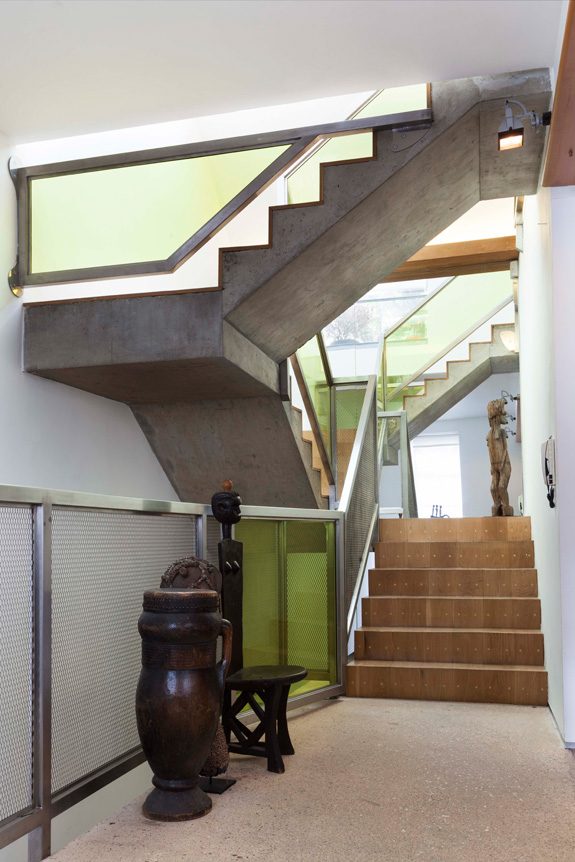 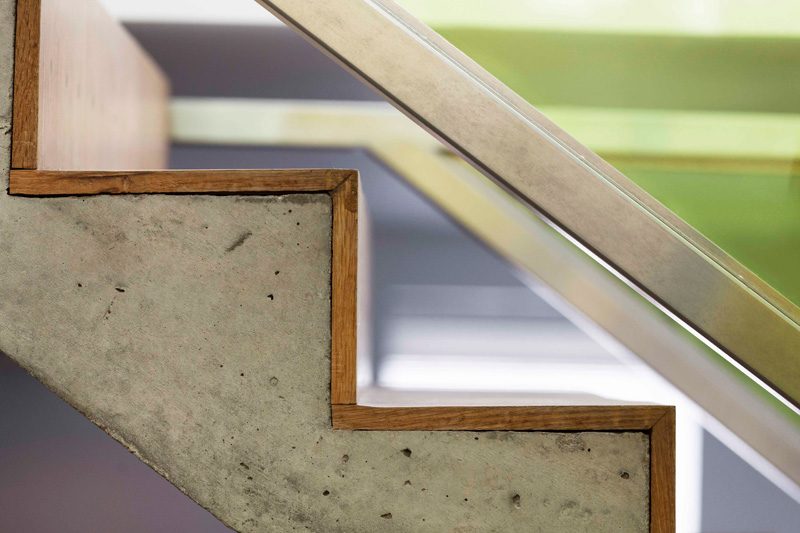 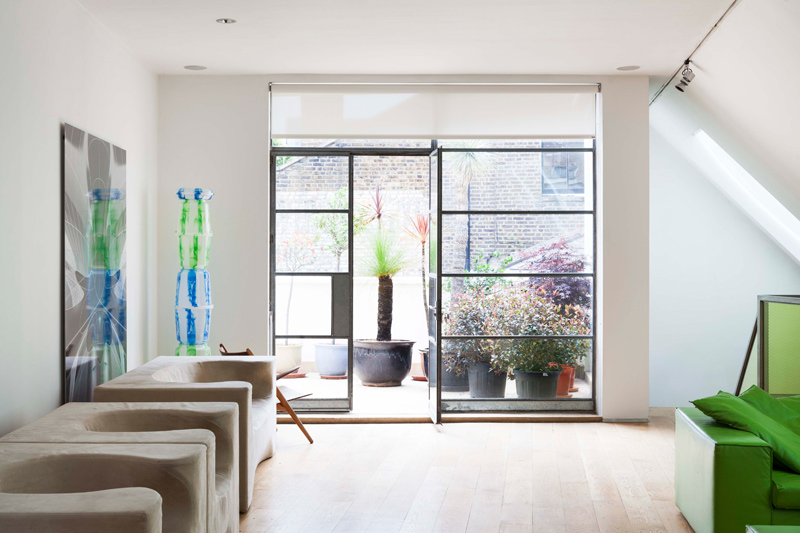 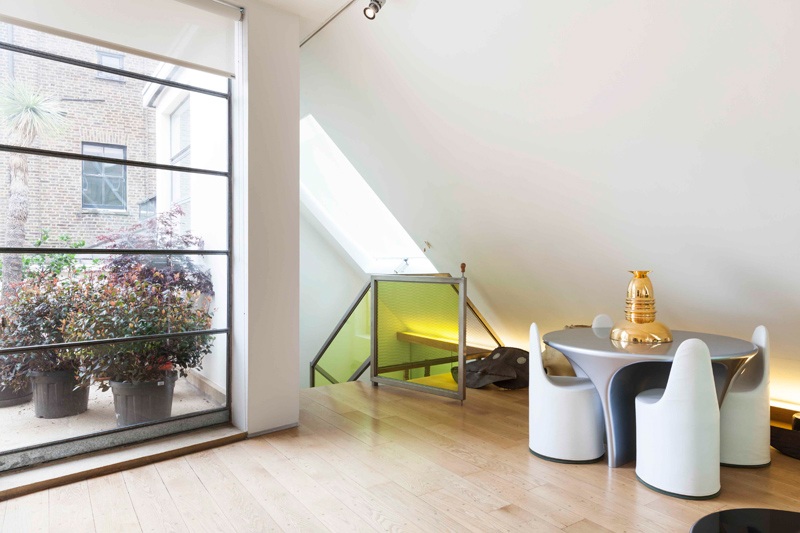 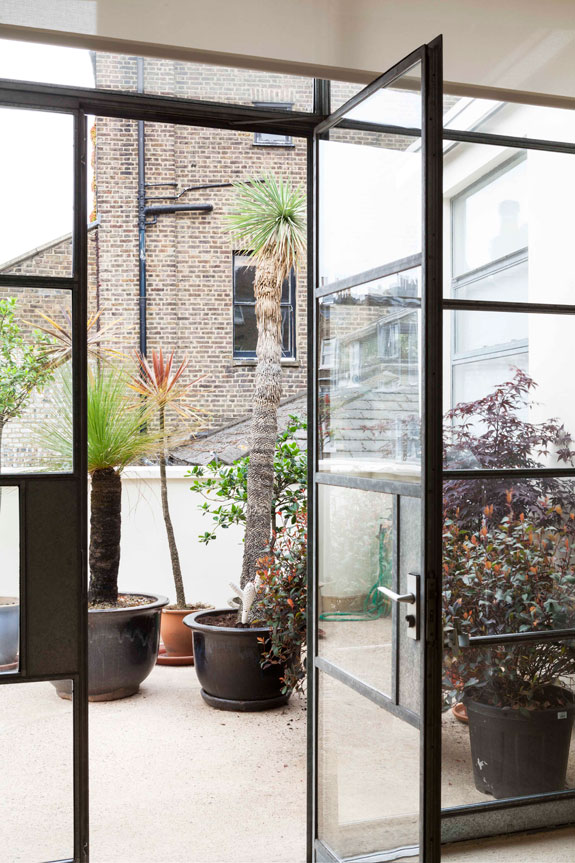 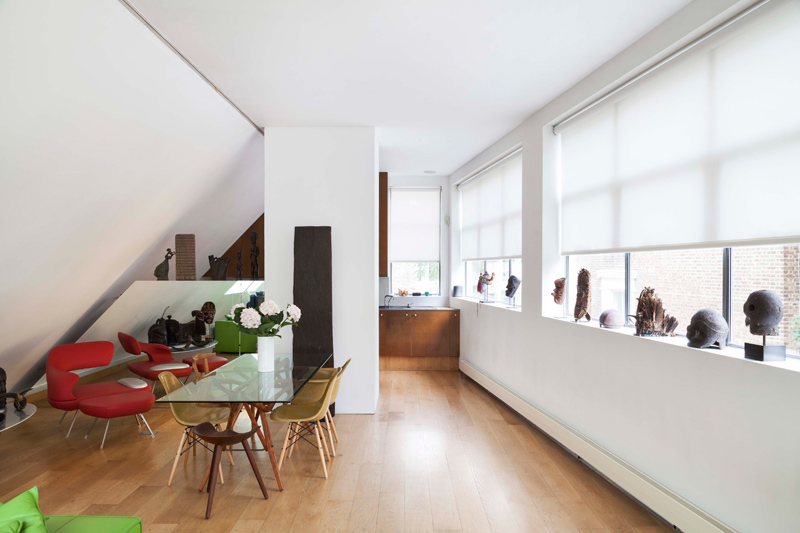 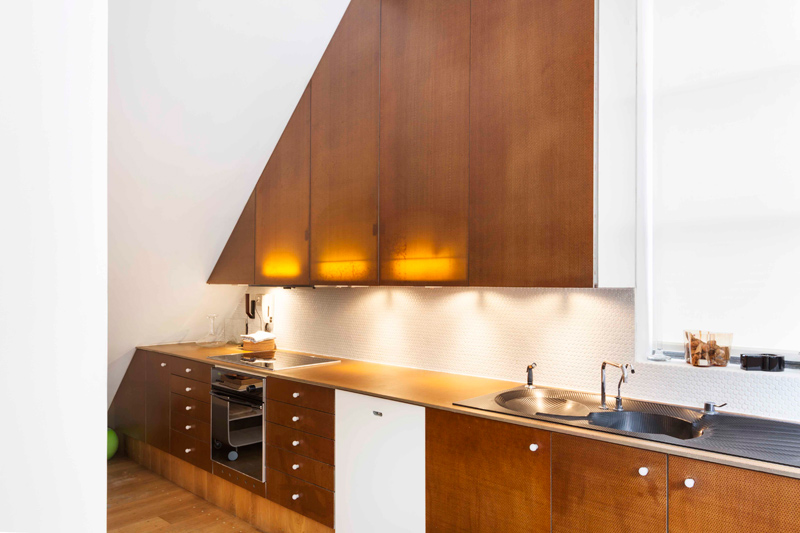 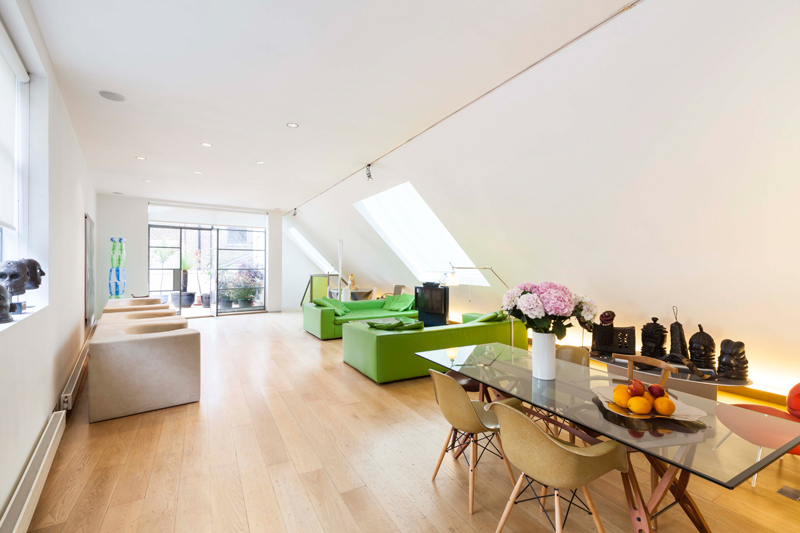 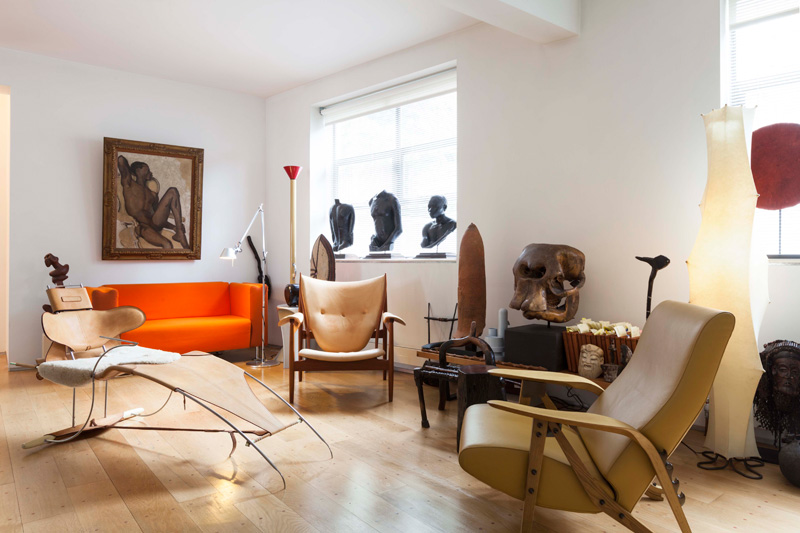 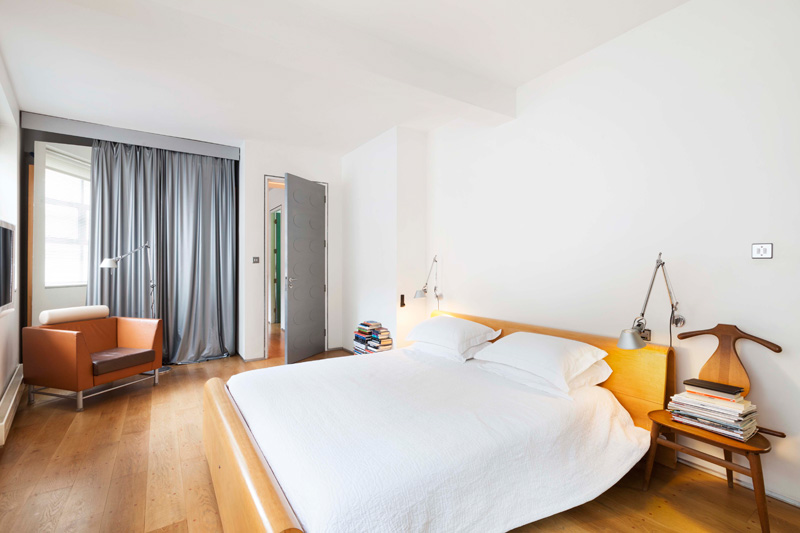 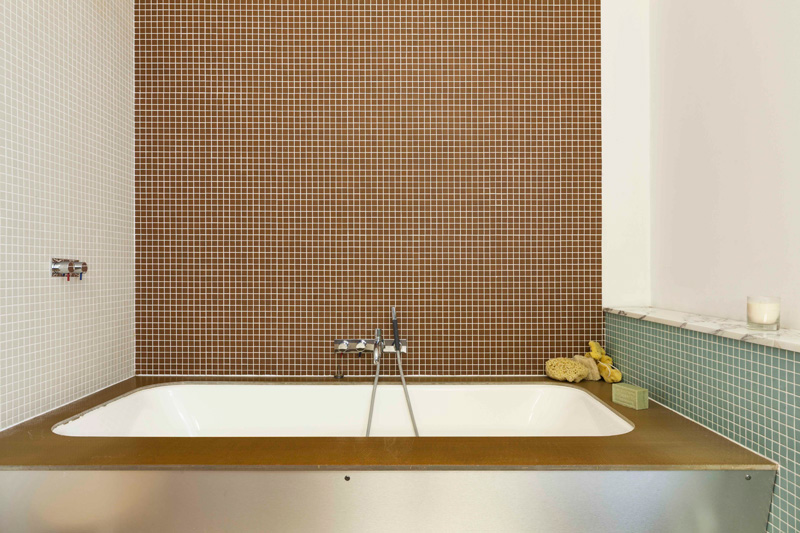 Next to the bike is a mastodon skull… real? Probably not, but woah, you don't see that everyday.

Living above the shop