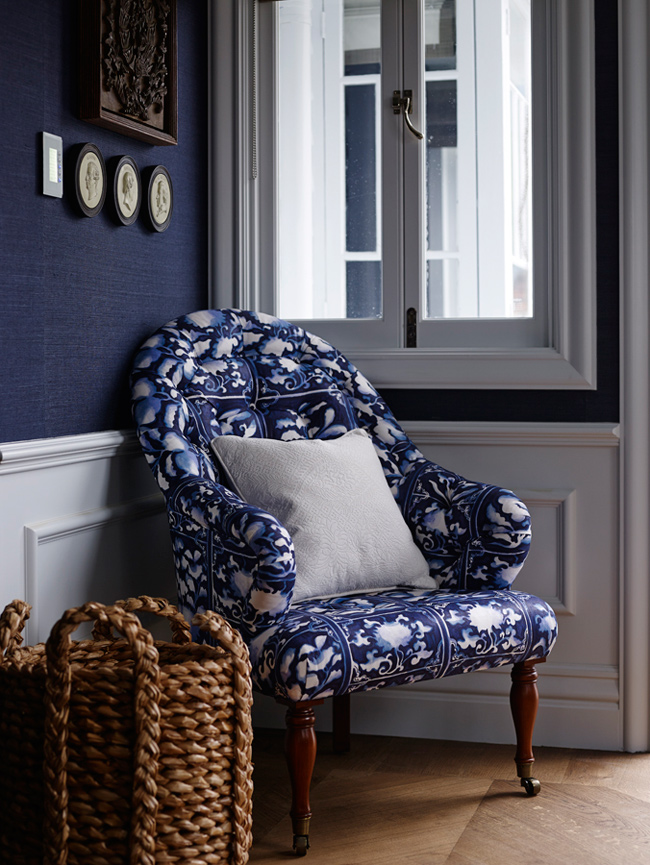 I stumbled upon a project by Australian interior designer Greg Natale that we appear to have never featured before, which is crazy since we have been obsessed with his work since for the past 10 years (or more If Jo knew him before we started this blog). Maybe it’s because we typically die over his typical glamourous, Hollywood Regency projects…and this one is far from that but I’m kind of dying over it just the same. Only Greg could make nautical/New England style this freaking fabulous. I want to be a guest in this guest house – and move right in! From its navy plaids and stripes to its walnut-hued timbers and leathers, this Queenslander has been furnished in classic New England style to create the effect of a lavish country estate. Themed accessories and artworks, such as equine photos and sculptures, and grouped accoutrements, like a series of armorial engravings, contribute to the full, layered feel, while pieces blend Western styling with Eastern exoticism. A band of navy grasscloth wallpaper runs through the house, providing an eye-catching decorative feature but also linking rooms that have been differently configured as a result of the angled roofs. 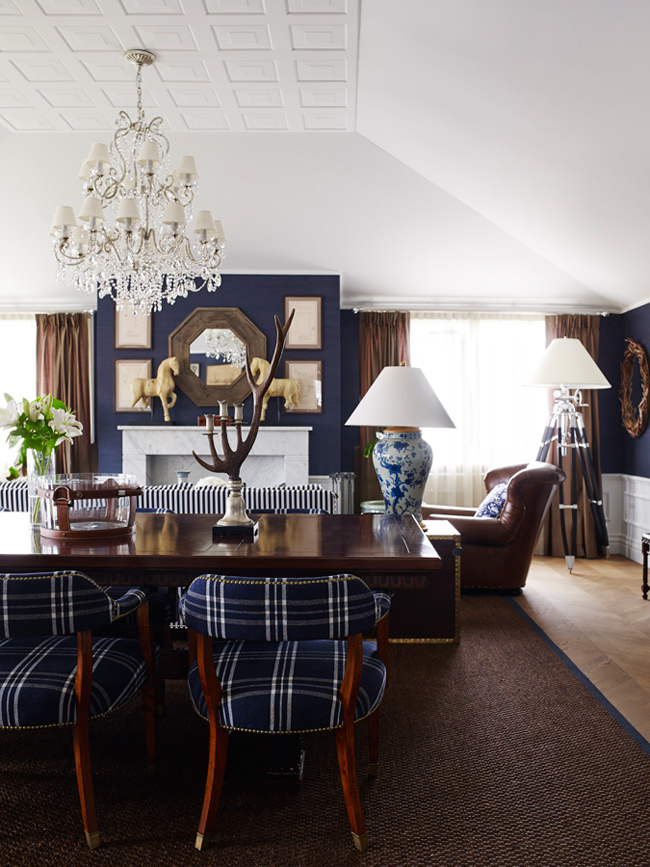 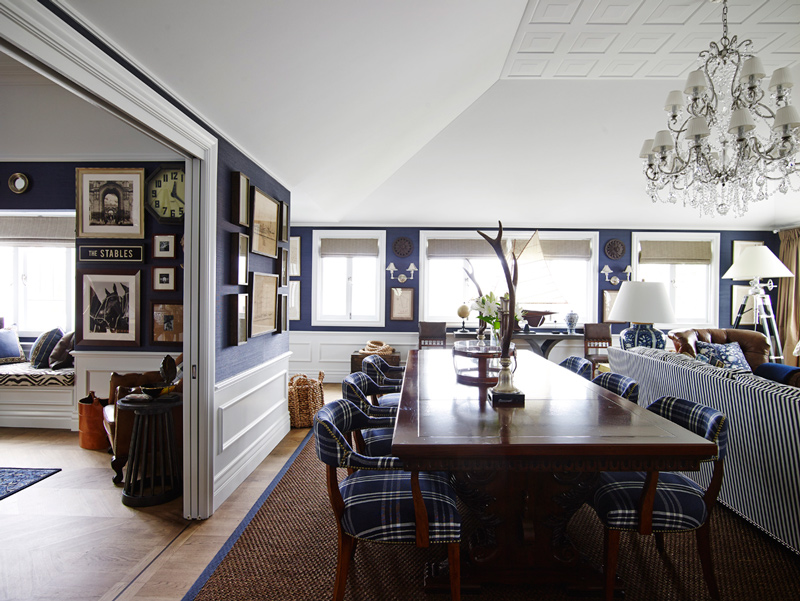 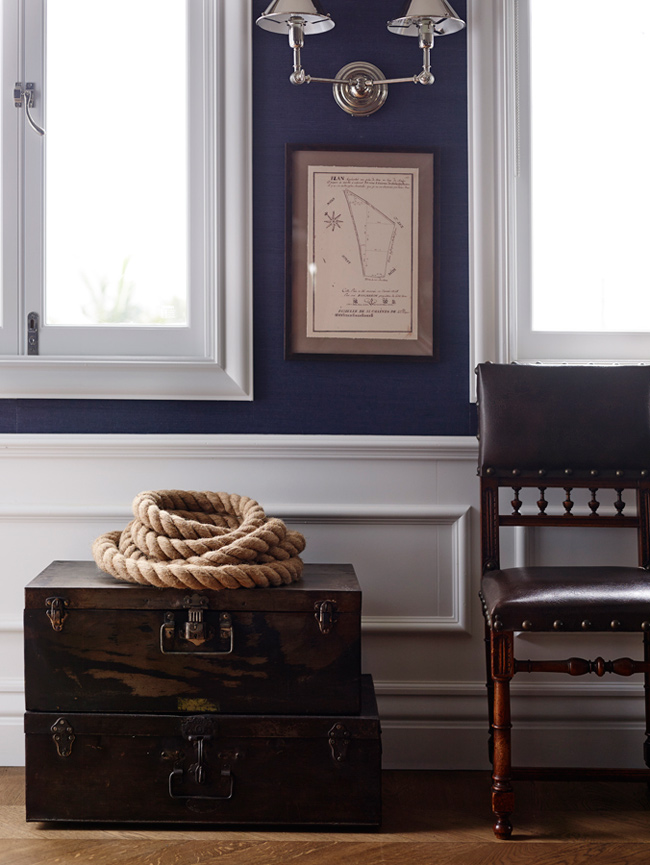 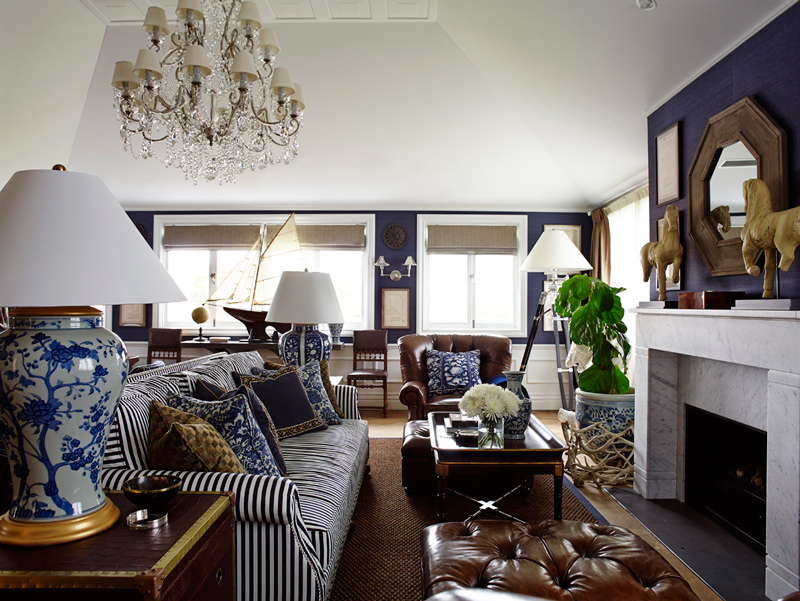 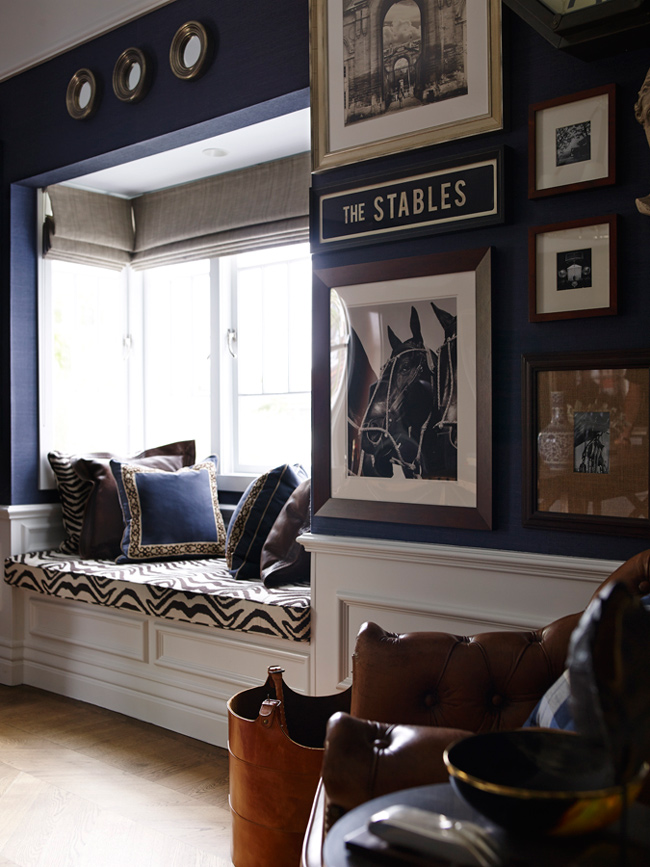 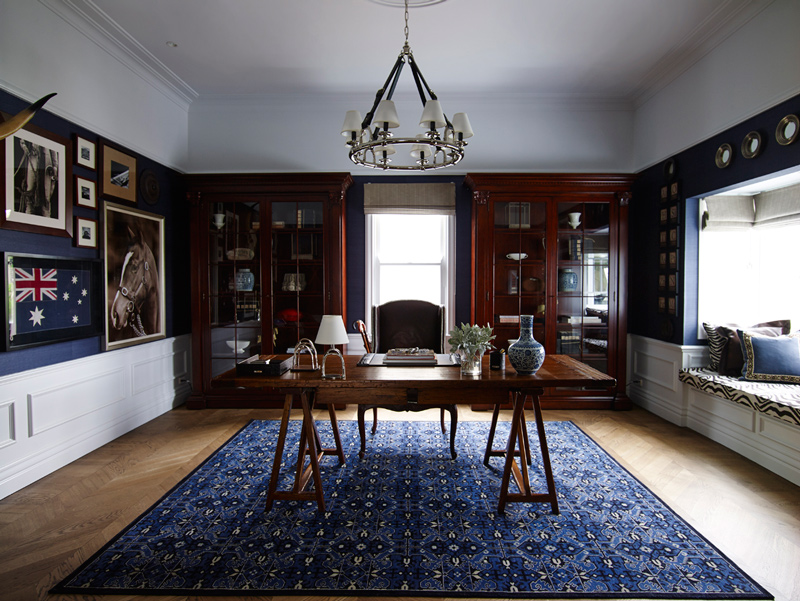 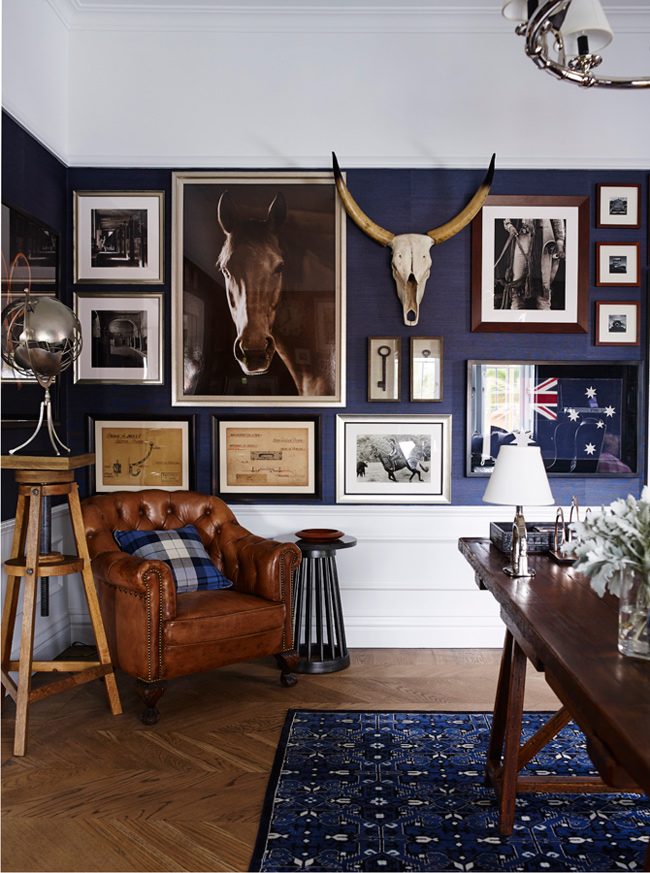 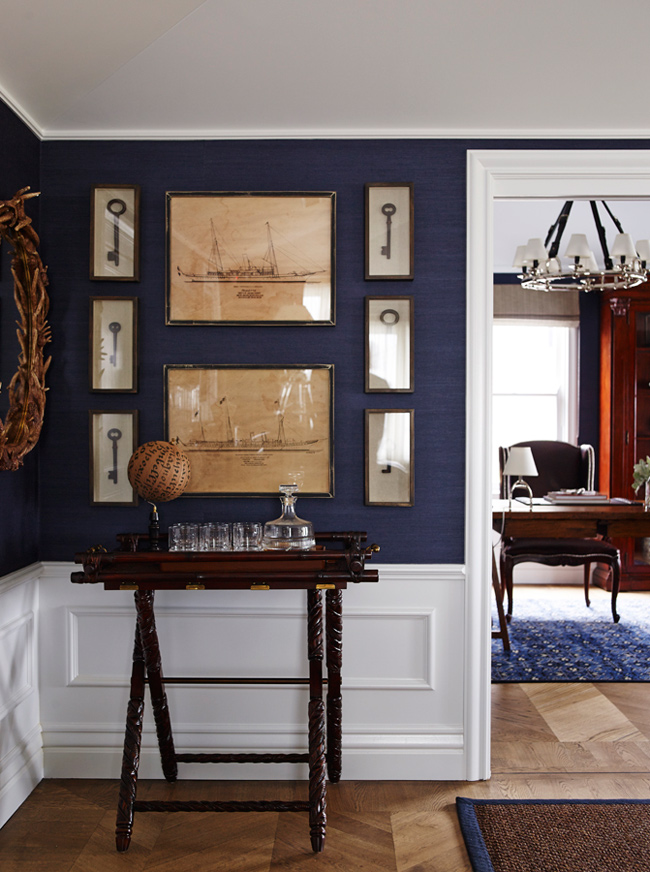 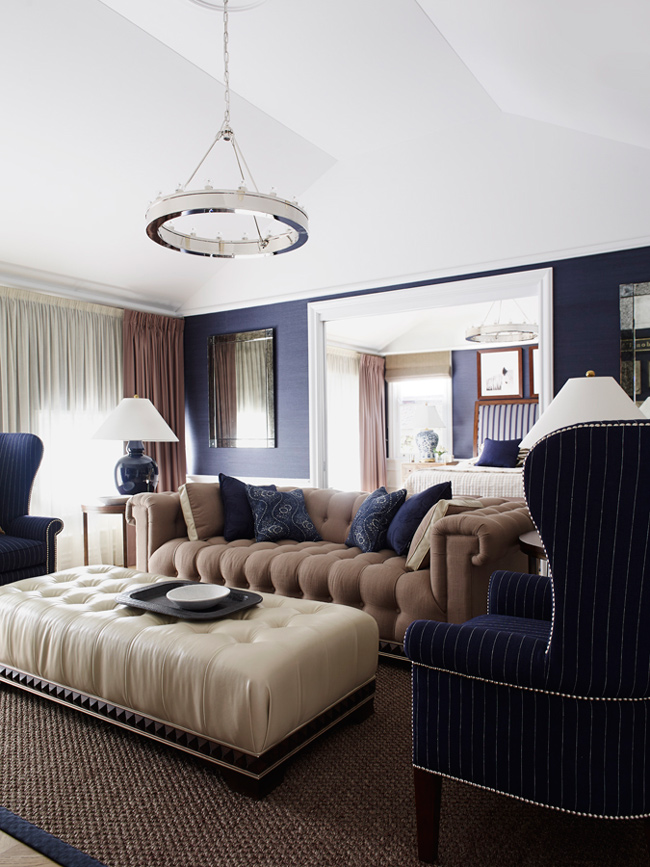 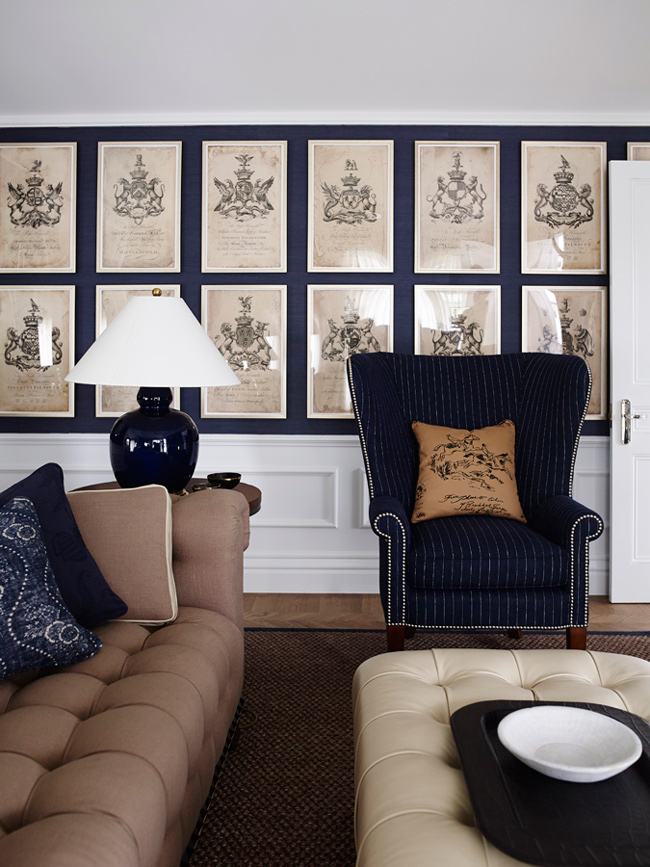 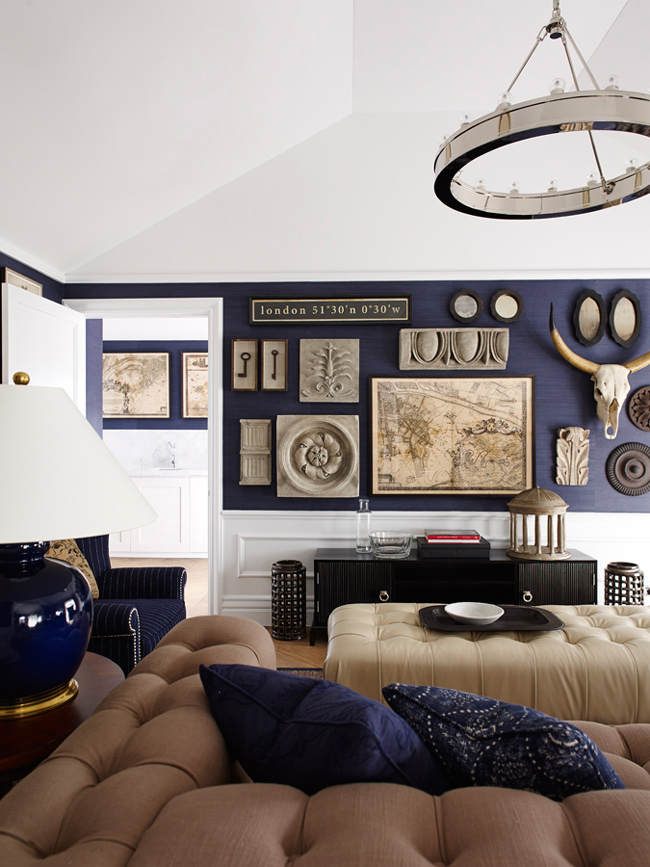 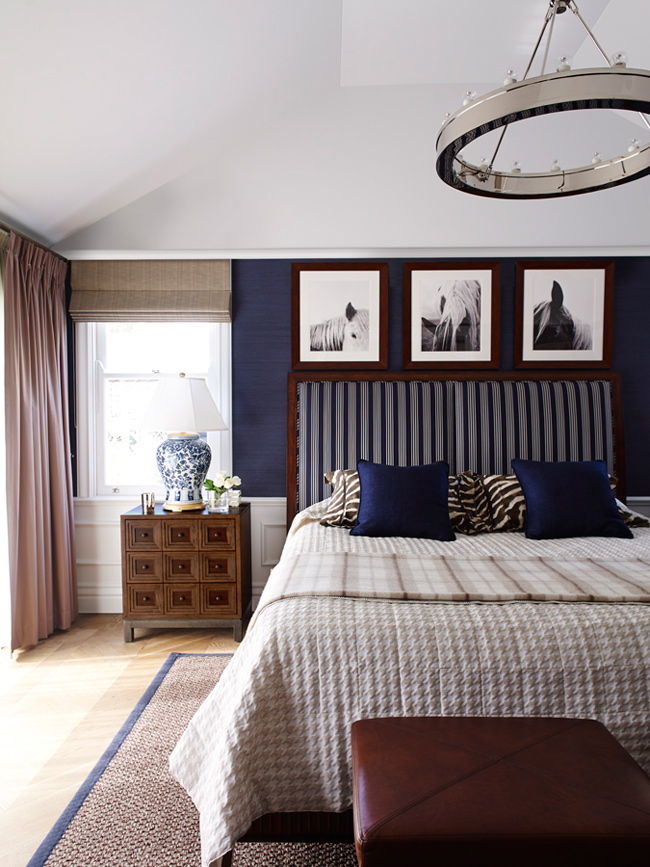 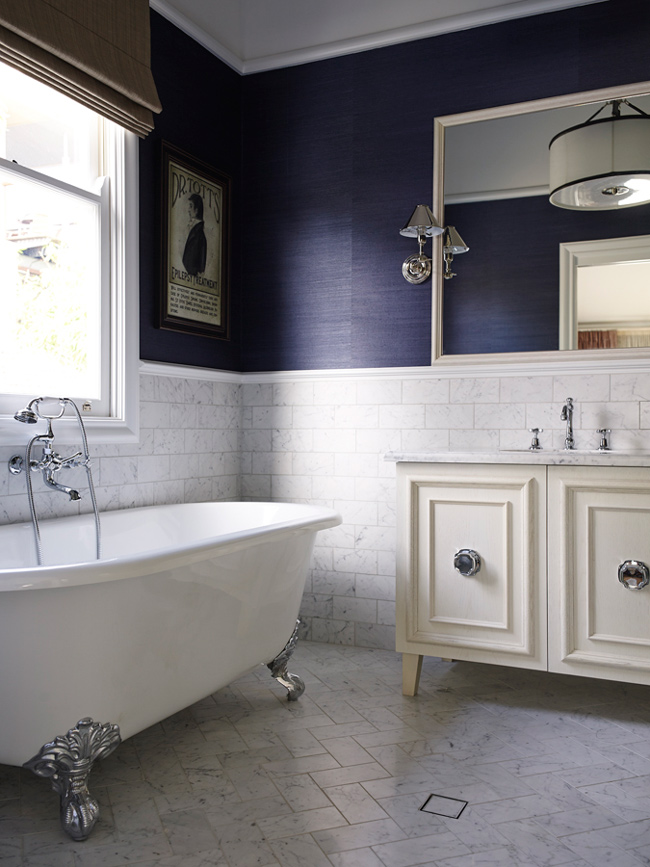 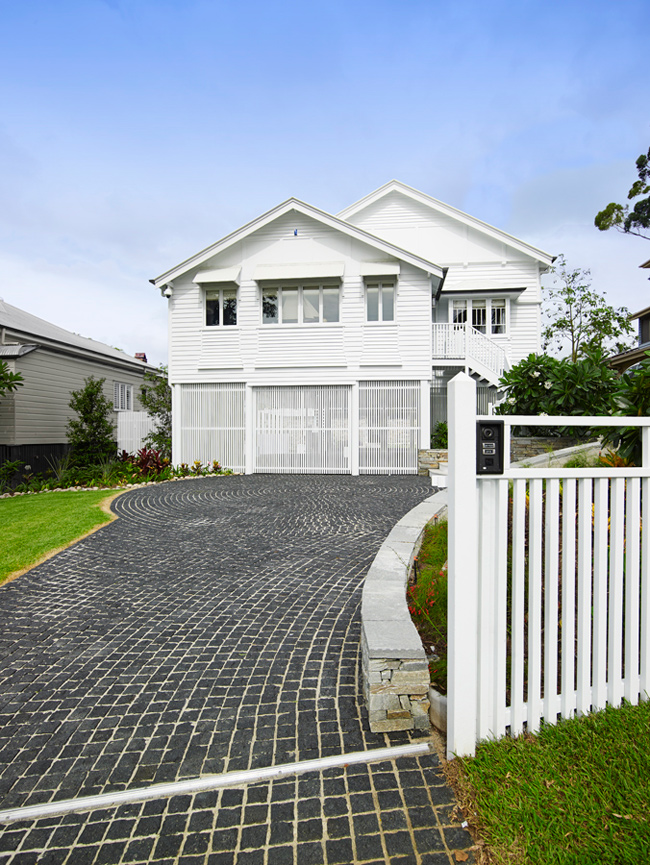 Beautiful house, love the blue of the walls

Very classy! I'm surprised how much I love all the blue- although it is a nice dark blue.

xavier, I first read your comment "Beautiful house, " as "Beautiful horse" Maybe because there are quite a number of them in this home 🙂

Dear admin thanks For sharing Such Information. Your Article is a Very Useful for use.i think this house is really very beautiful.I love this house and please be share more ways to decorating a house and ways of adjusting house for guests.Please share more article on housing.

You make me very happy when you show horse filled interiors! More please (as I stamp my hoof)!

Strangely I've been looking for color inspiration for a capsule wardrobe I want to do up for work, & now I'm totally inspired to go navy, white & camel.