Green, pink and yellow in a 19th century apartment in Stockholm 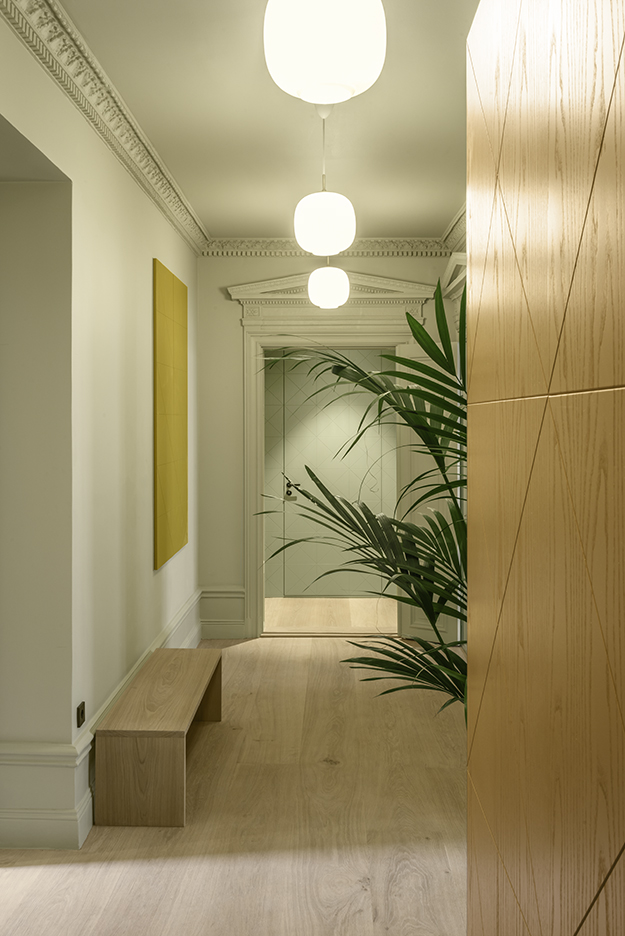 This renovated 200 sq m apartment by Note Design Studio could not be more beautiful. Here is its story…

An office space – an apartment without either bathrooms, kitchen or storage – the former head office of a fashion brand in the center of Stockholm and a client that hoped to transform it into a home. Traces of the old 19th century splendour were there – worn wooden floors and ornaments in the form of stucco and carpentry as well as three old tiled ovens – but the beautiful, old characteristics were painted in thick layers of white color and modern spotlights in the ceilings that reinforced the feeling of an impersonal office. 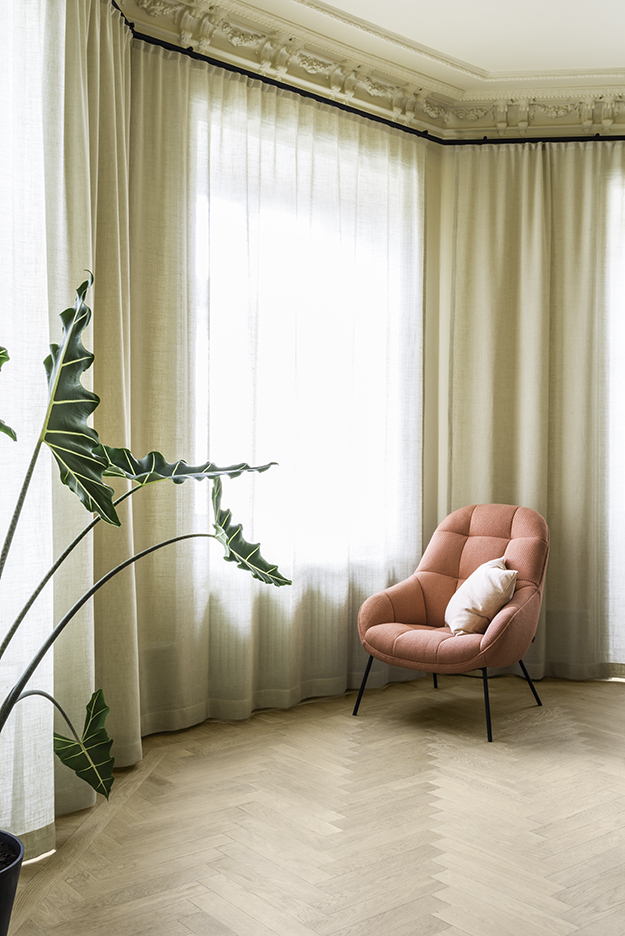 We noted the colours of the three tiled ovens; green, pink and a yellowish white. Behind a wall that was torn down to access the old piping, we found original 19th century paint on a door frame, suddenly illuminating the entire white space with its powerful mustard yellow tint. We added tones to the original color scale, which worked as a bridge between the powerful original hues, finally ending up with an 8-tone palette that originated from the hidden traces of the old apartment. 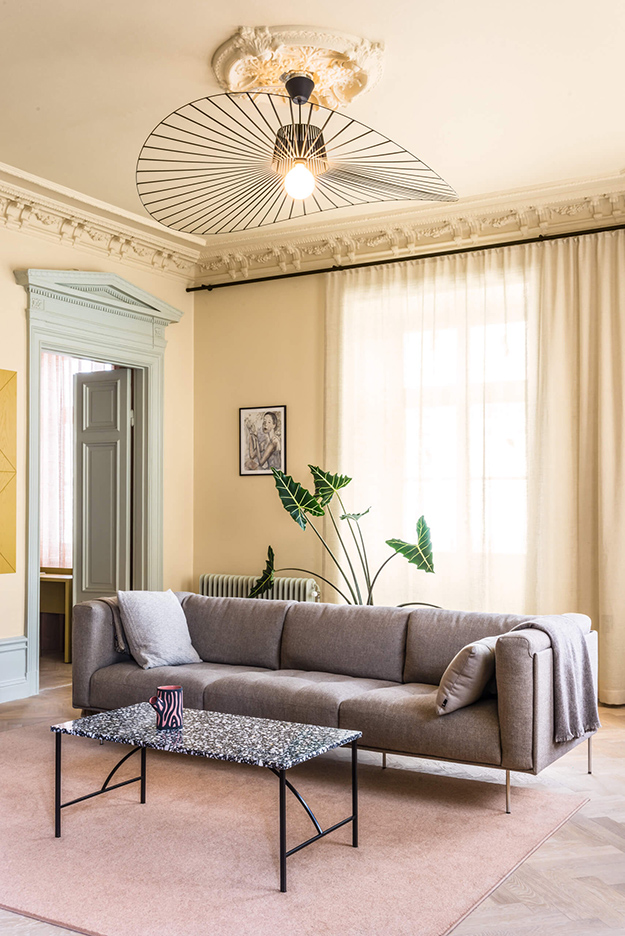 Since we aimed to disturb the original features of the apartment as little as possible, all new elements were placed in the spaces between the old ornaments. All cabinets designed for the apartment hover on the walls between base boards and stucco, or are free-standing on the floors. Two new walls were added and they inherited the same markings as the cabinets – a veneered surface with crossing lines in squares taken from the most beautiful pattern in the apartment; an original parquet in one of the corner rooms. 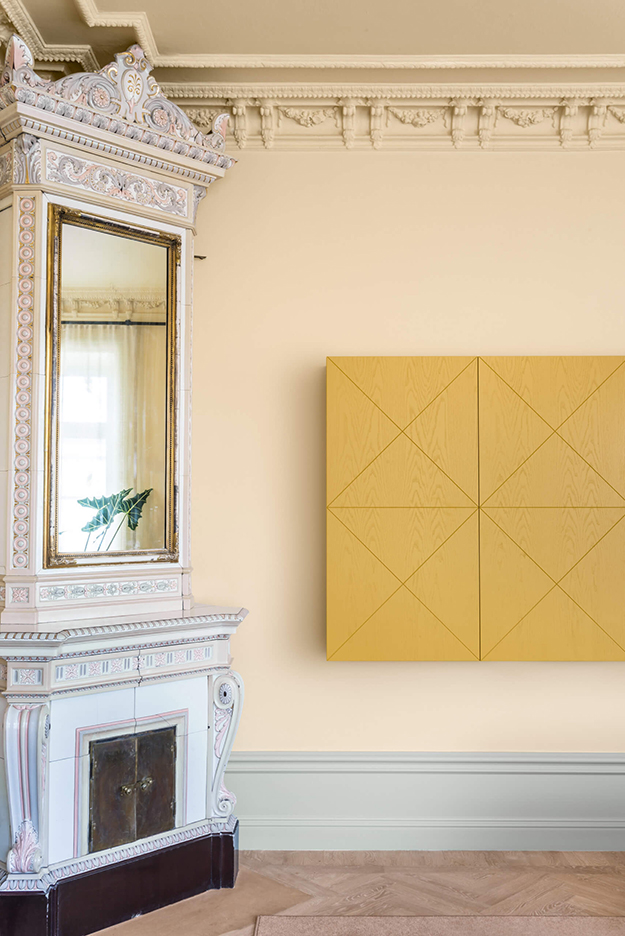 A color palette based on original colours, three expressive tiled ovens, decorations in ceilings and carpentry and an original pattern from a floor – these old traits and peculiarities were the clues we needed to take a white office space into a contemporary direction. The result is a harmonious but rich color experience – inspired by the original splendour – and a new home for our client and his children. 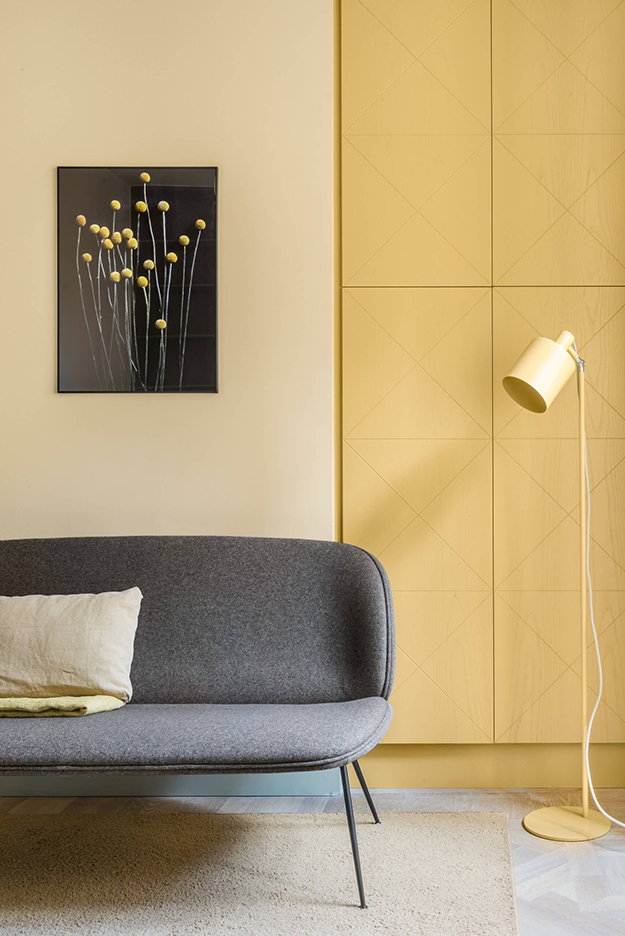 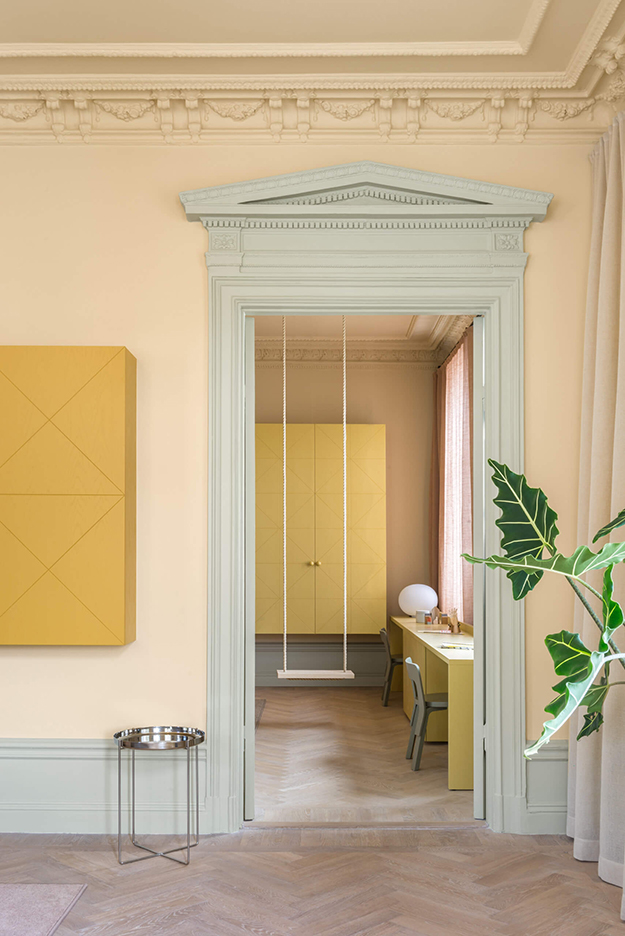 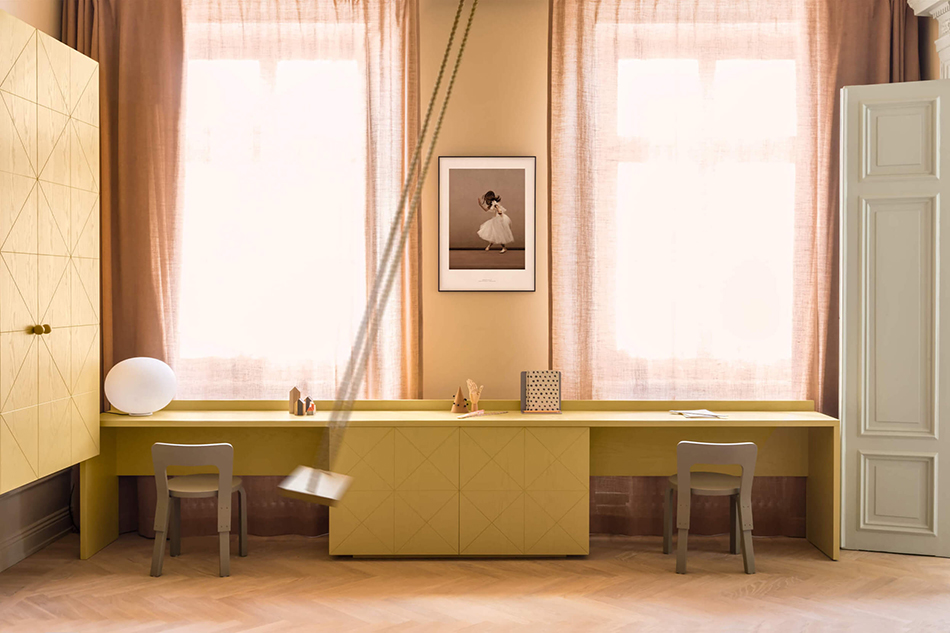 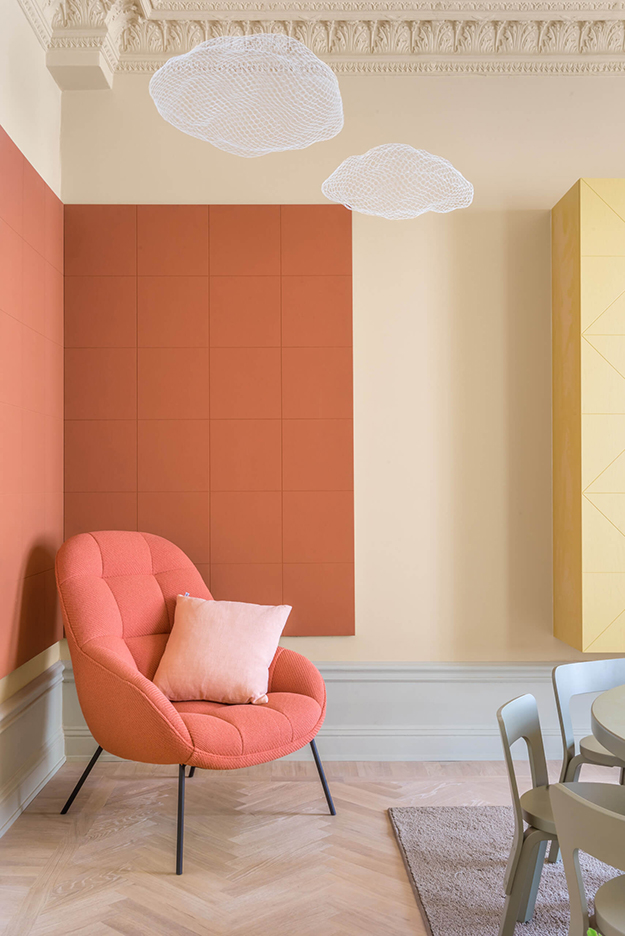 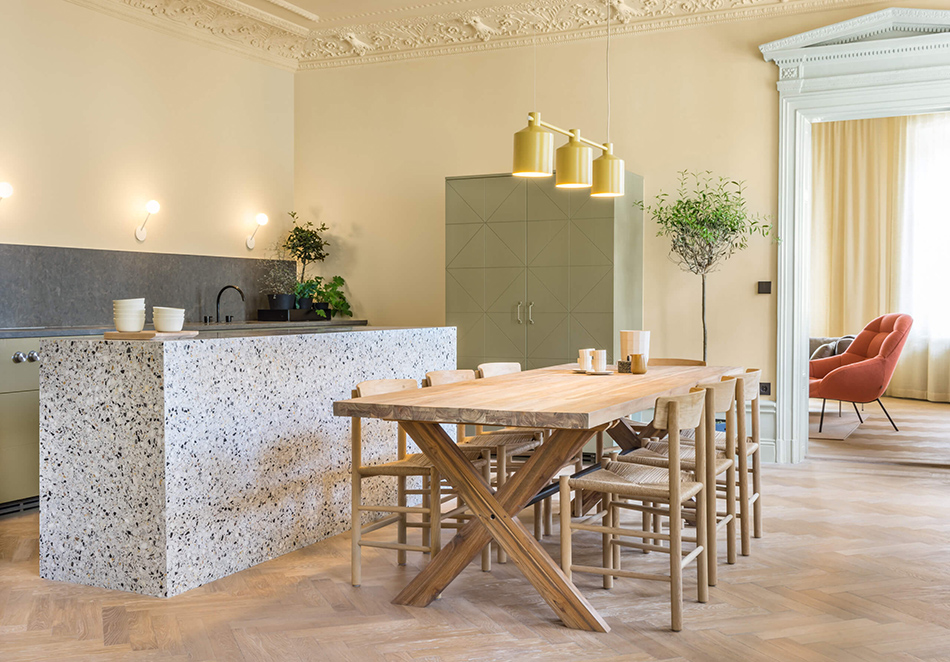 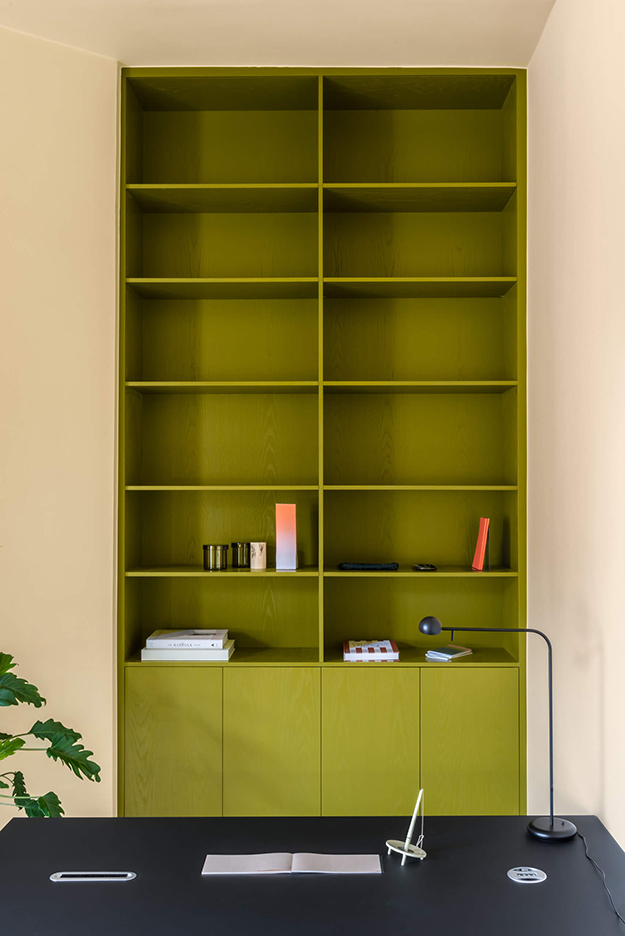 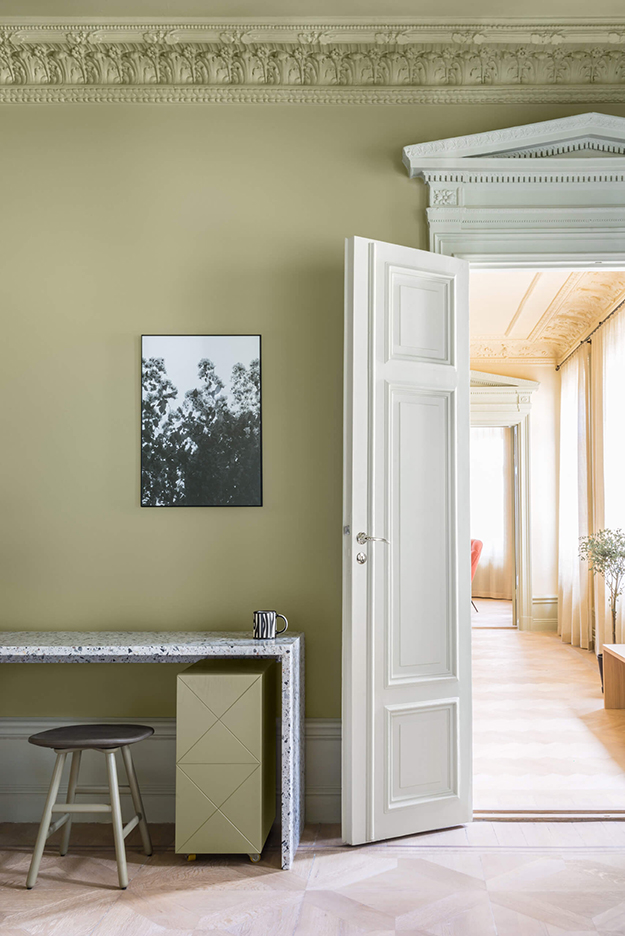 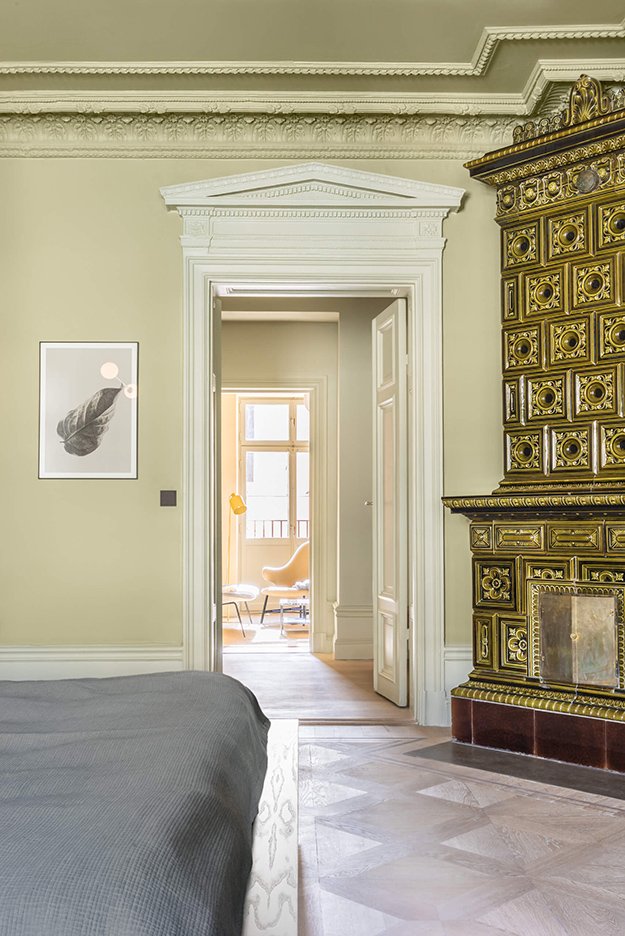 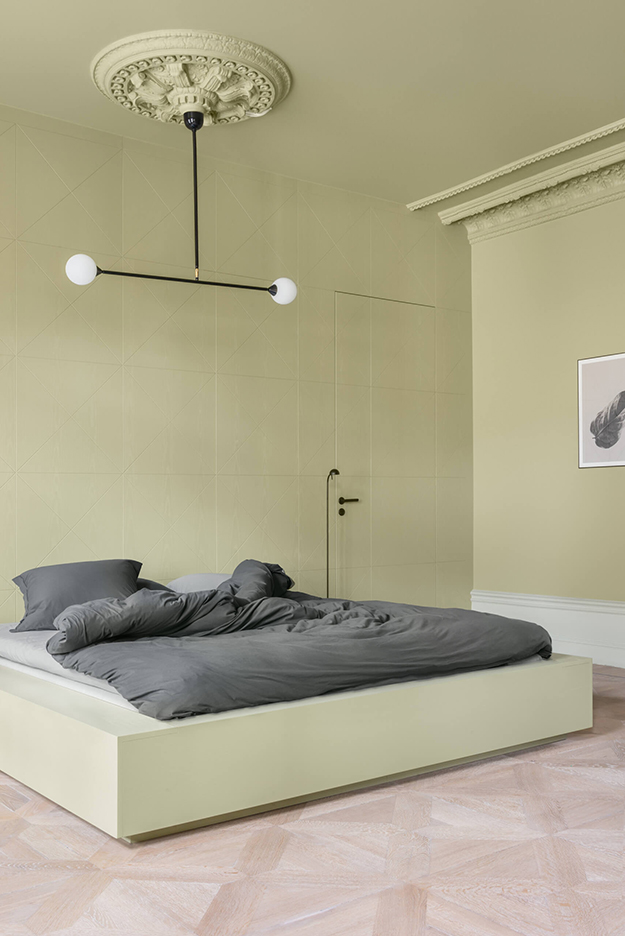 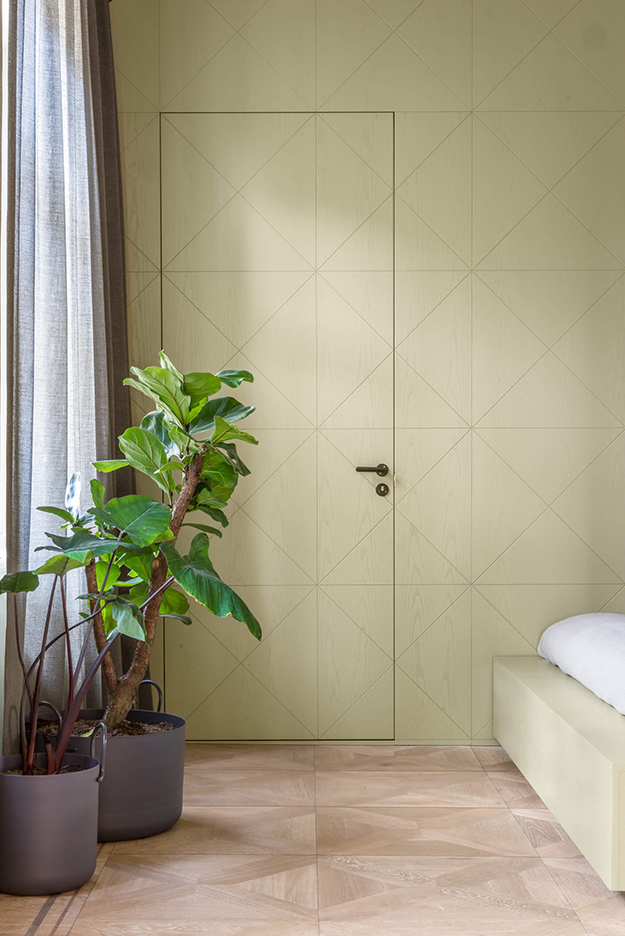 I like this color combination very much – it’s joyful, but neer tiresome. And this bookcase is stunning!

A marriage of old and new

A whimsical apartment in London

The renovation of a historic home’s kitchen