New reads on a Sunday

Happy Sunday dear readers! I received some more new books in the mail lately so I thought I would share them today, in the hopes to distract all those suffering from the onslaught of winter. These books are really REALLY good and must-haves for your coffee table. I honestly need a bigger house with a bigger living room so I can have a ginormous coffee table just to display books. Anyway, this first one from Vendome Press is maximum eye candy. David Gill: Designing Art. I think I have been living under a rock, because I didn’t really know who David Gill was. (Insert shame face) Now I think we should be besties. This man’s appreciation and eye for art is beyond words. 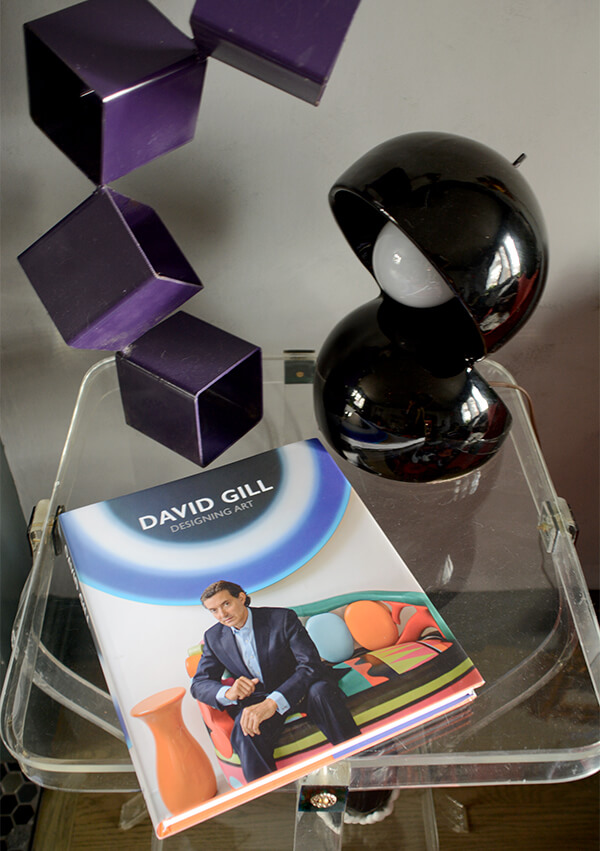 David Gill reveals the famed gallerist’s opinions of and influence on the world of art and design; he presents the works of artists, sculptors, and designers he has discovered and nurtured, among them Donald Judd, Mattia Bonetti, Zaha Hadid, Grayson Perry, Barnaby Barford, Fredrikson Stallard, Jorge Pardo, and the Campana brothers.

Structured chronologically, and divided by location, the book includes never-before-seen photographs of Gill’s galleries, his award-winning exhibitions, and the private collections in his own homes: a converted handbag factory south of the River Thames; the eighteenth-century Albany apartments in London’s Mayfair; and his latest home, a restored palazzo in Malta’s Valetta. Seen throughout are the designs of the many world-famous artists he has represented over his quarter of a century at the forefront of the contemporary art and design world. The book also features a selection of his curated interiors and never-before-published glimpses of the private collections and homes of the numerous internationally renowned collectors with whom Gill regularly collaborates. 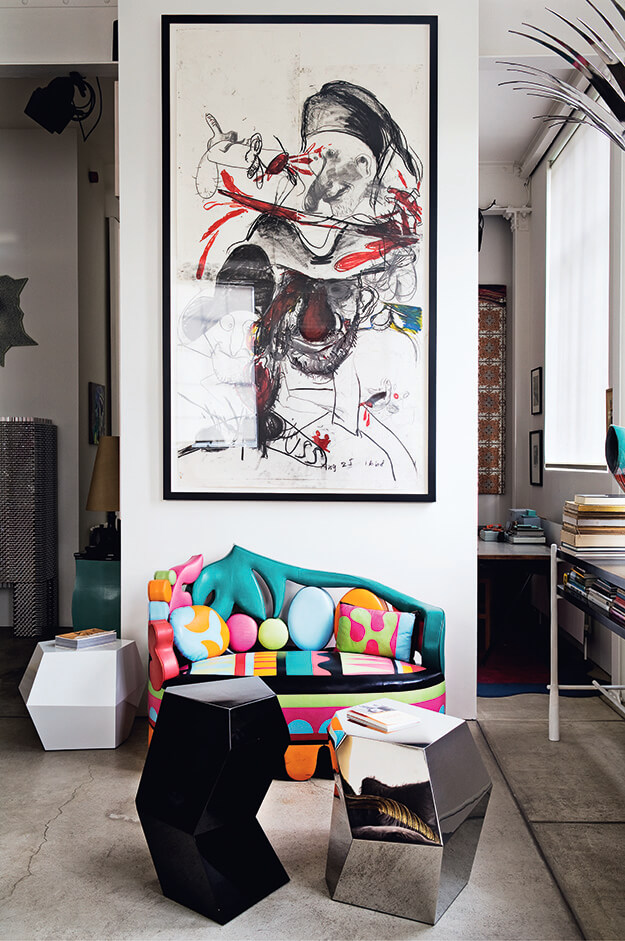 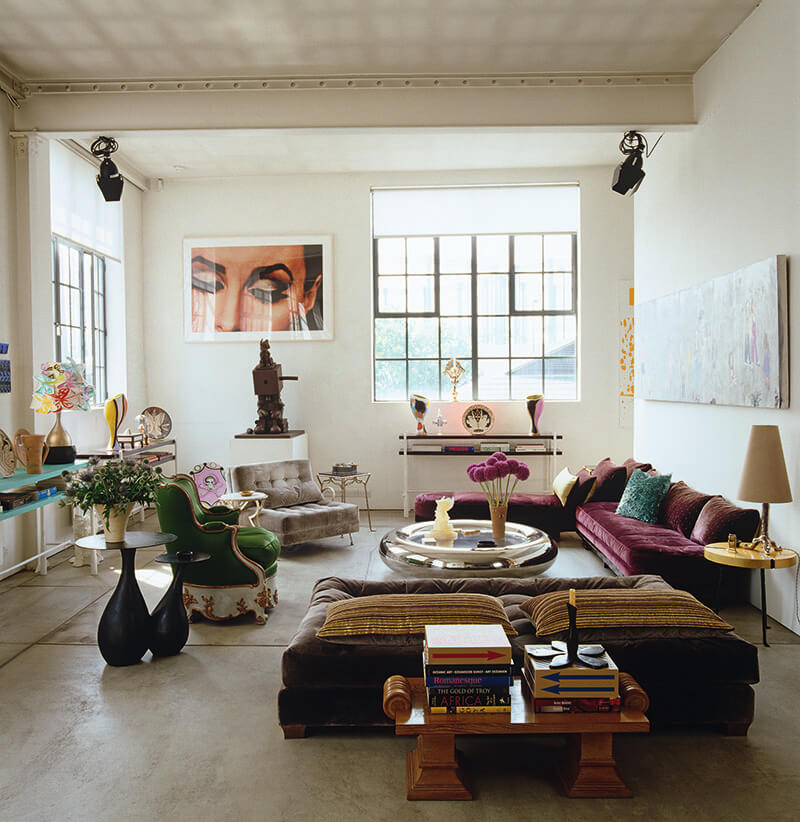 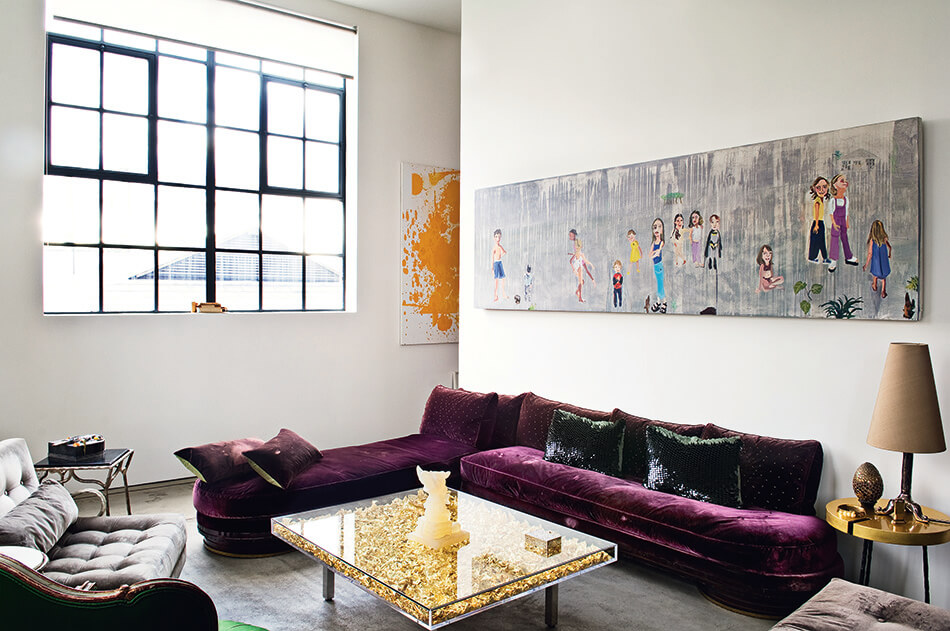 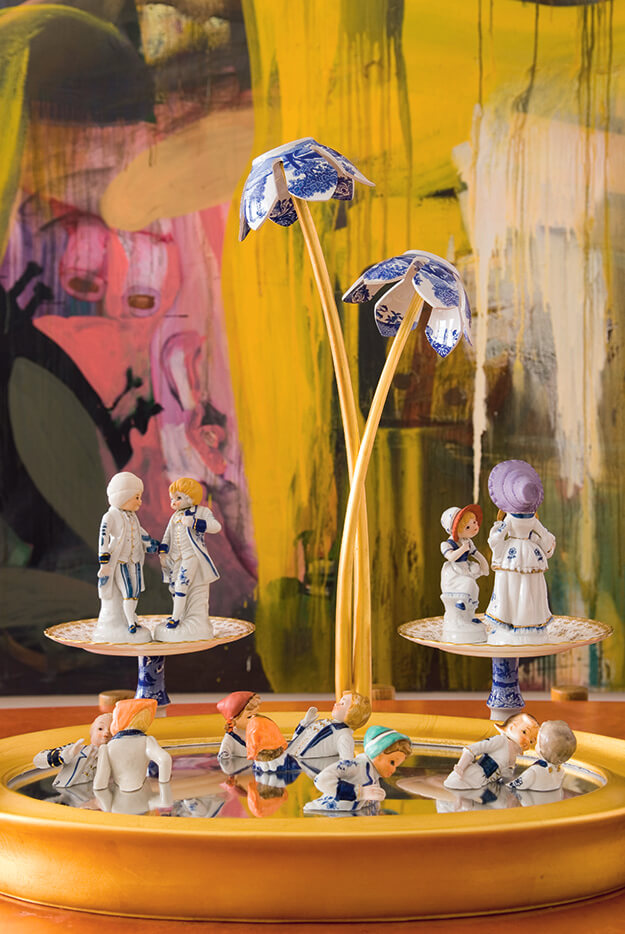 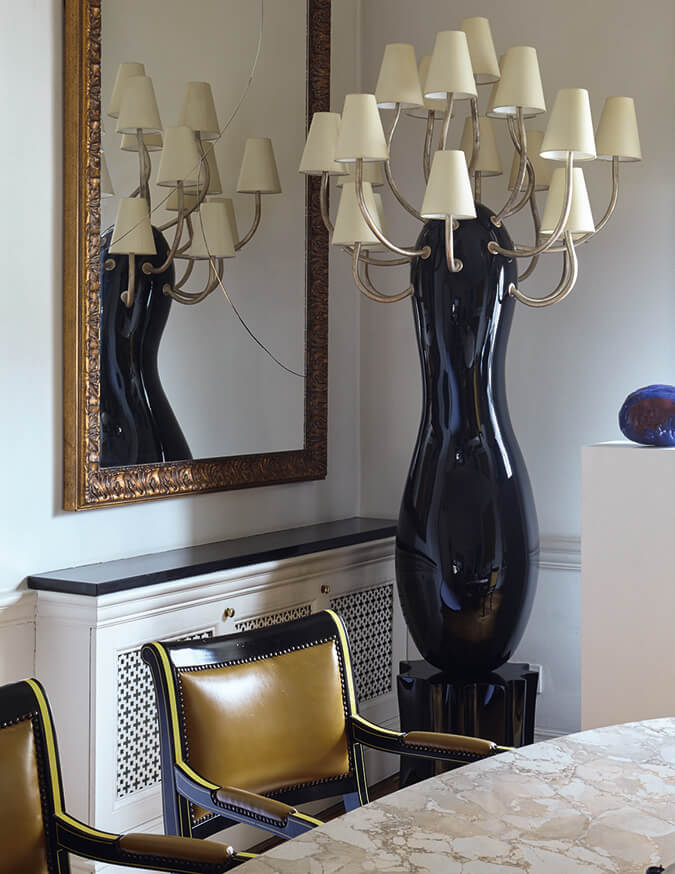 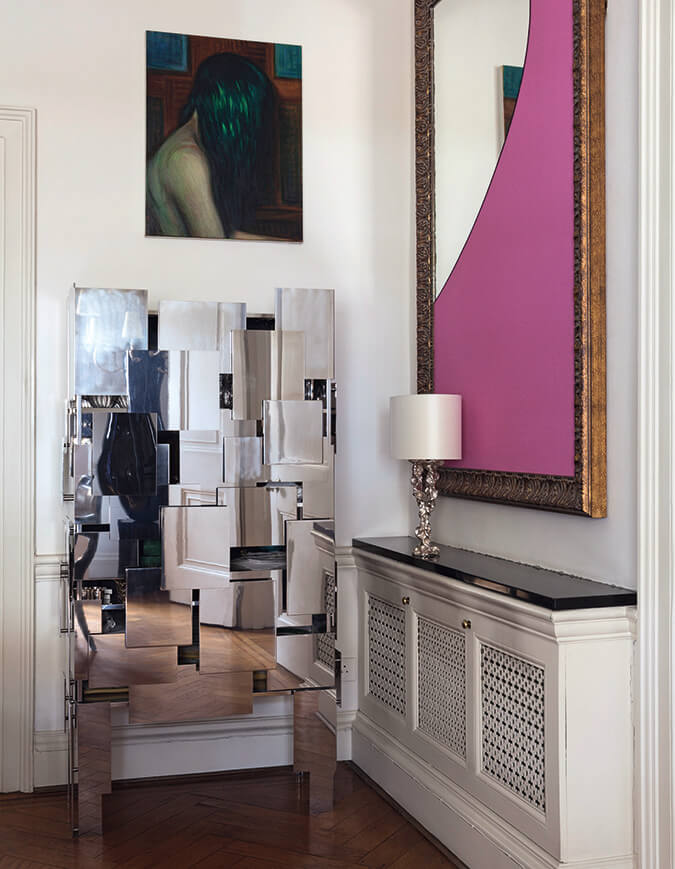 Vendome Press also sent over this gem that had me swooning. We have been a fan of Spanish designer Isabel López-Quesada for many years and have featured her work on the blog several times. I was so excited to hear she launched her first book called At Home, and it did not disappoint. I adore her style and this medium of featuring her homes is everything you would expect from her. 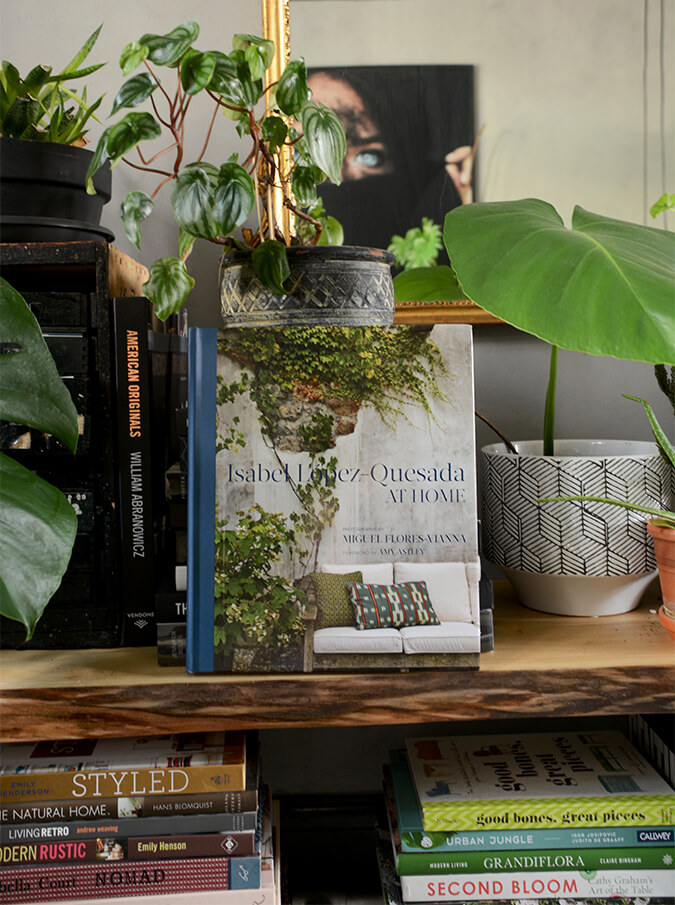 Innovatively combining period and contemporary furniture and art in a sophisticated mix, the homes of Isabel López-Quesada (ILQ) are inspirational and unforgettable. At Home is the long-awaited monograph on ILQ, a unique voice in contemporary European design. Passion and obsession have driven the creation of her homes, each a master class in luxurious but warm and inviting interior design, with a savoir-faire revealed by master photographer Miguel Flores-Vianna.
Her personal journey is the backdrop to the discovery of her city house, an abandoned wax factory in a leafy district of Madrid, and its transformation from an industrial space into a family home and atelier. The Madrid courtyard house, with its flowering patios and water features, became a living laboratory as ILQ refined her mix of textiles, finishes, antiques, and contemporary furniture. Subsequently, she transformed a run-down Basque farm in the rolling hills outside of Biarritz. 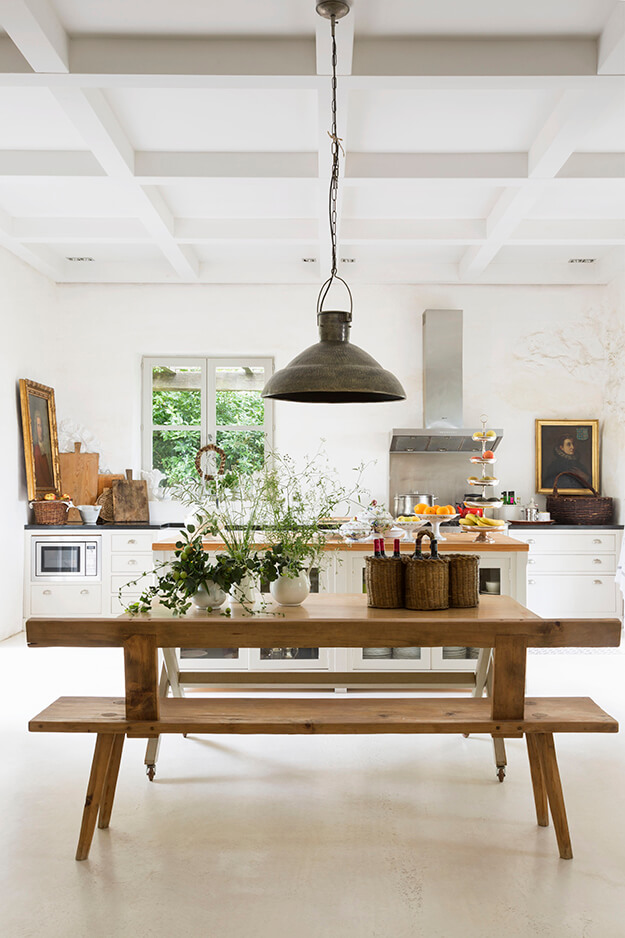 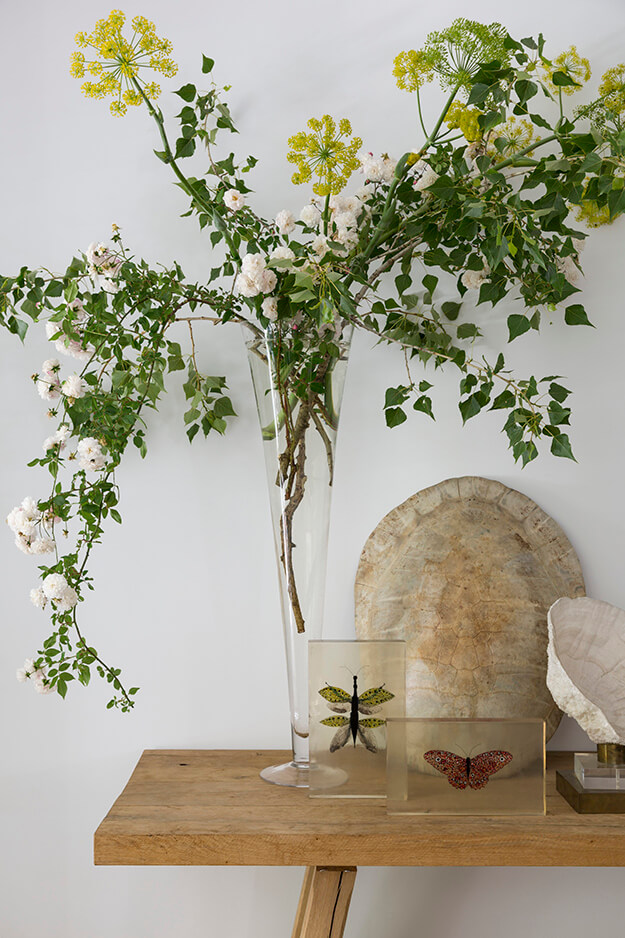 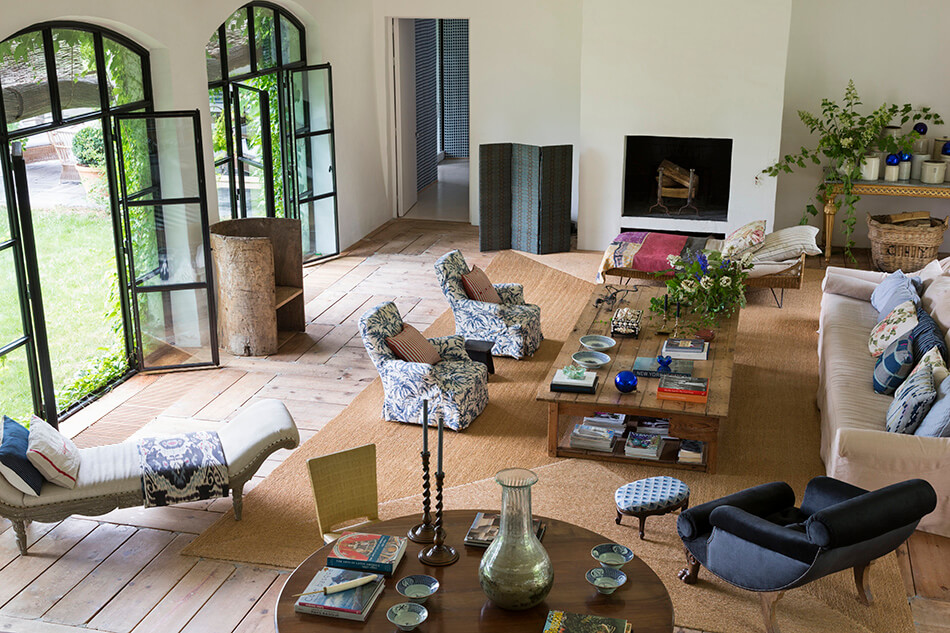 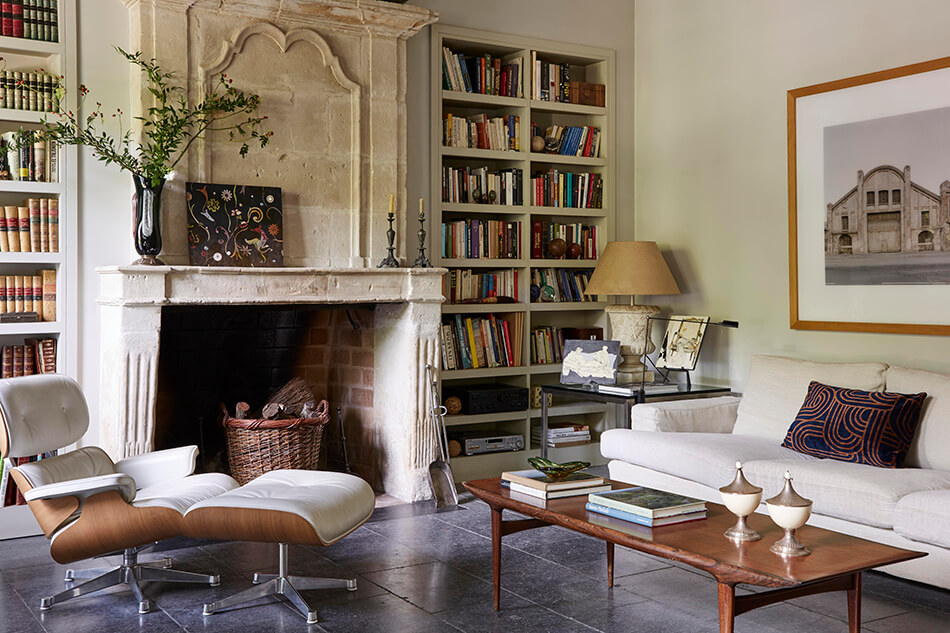 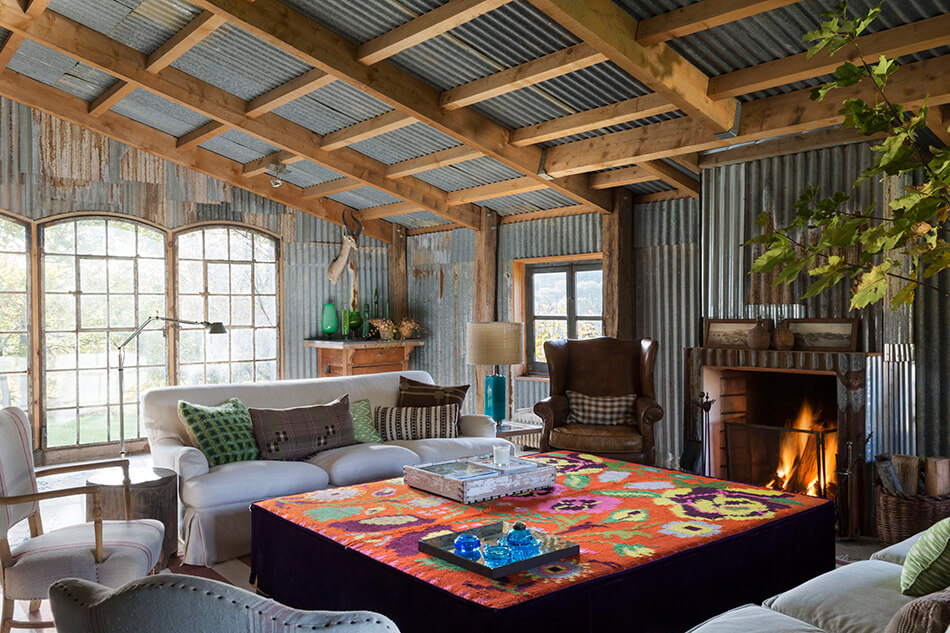 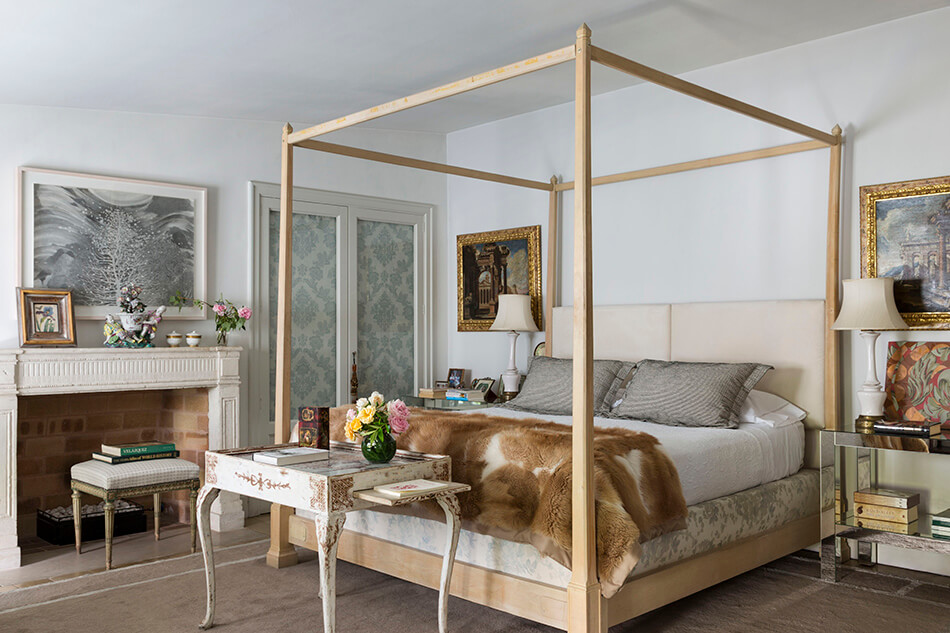 The folks at Rizzoli sent over a special book called Palm Beach: Palm Beach: An Architectural Heritage: Stories in Preservation and Architecture (written by Preservation Foundation of Palm Beach and Katherine Jacob and Amanda Skier and Shellie Labell). This book delves into some of the palatial homes that make Palm Beach the magical Floridian town that it has long been. 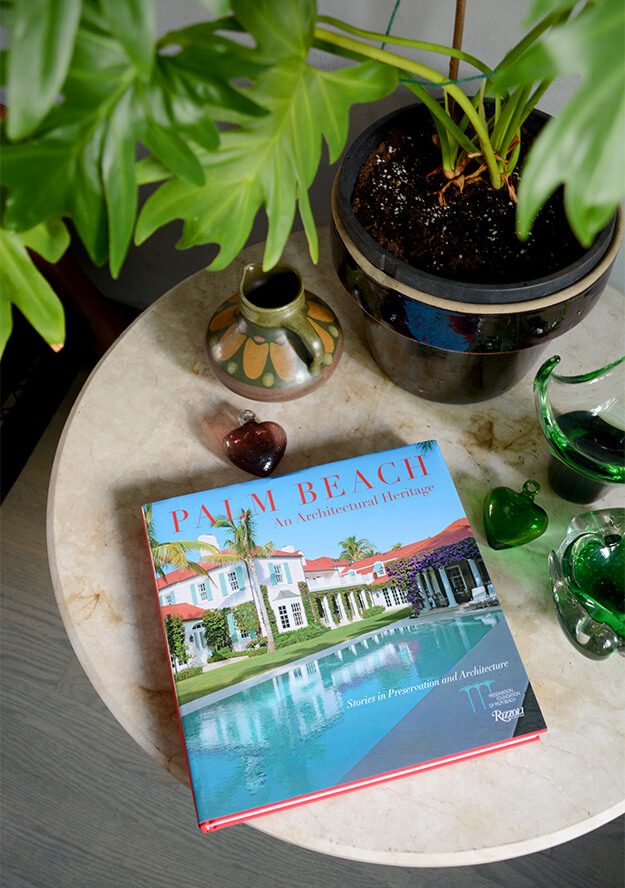 Palm Beach: An Architectural Heritage, serves as an inspiration by featuring thirty-eight classic houses and other buildings that have been restored or preserved with a high degree of sensitivity and taste, and which have won the coveted Ballinger Award–presented by the Preservation Foundation of Palm Beach to commemorate a restoration or renovation that best exemplifies the traditions of Palm Beach’s original houses and the architects who designed them.
From Casa de Leoni to Junglewood, Villa Artemis to Las Palmas, the houses of Palm Beach are fantasies of splendor inspiring dreams of fine living in the sun amid beautiful, fragrant gardens. Public and private structures designed by Architects Addison Mizner, Joseph Urban, Marion Sims Wyeth and Maurice Fatio are included as well as those by less recognized architects and builders whose feats of imagination rival those of the most celebrated professionals. 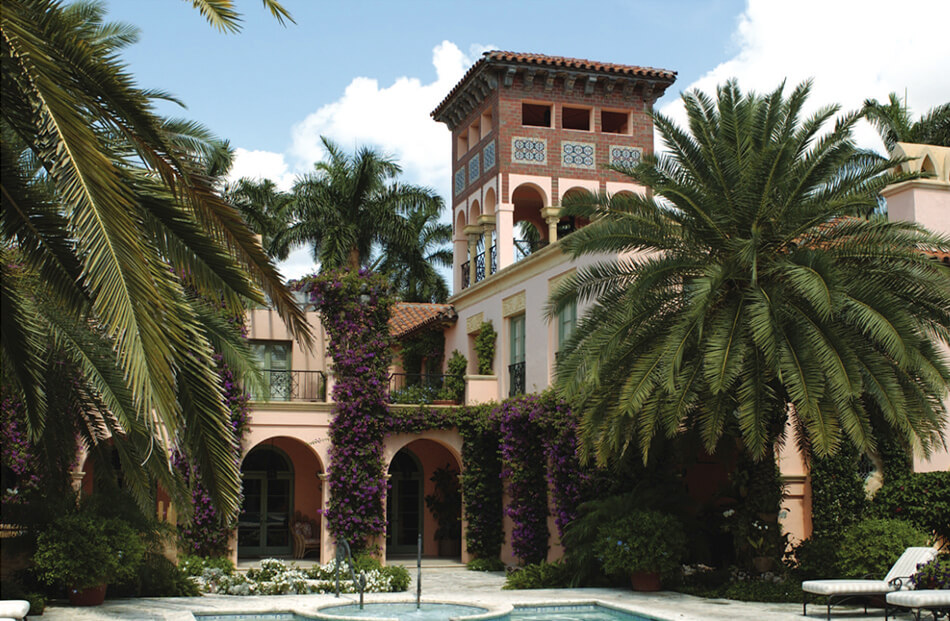 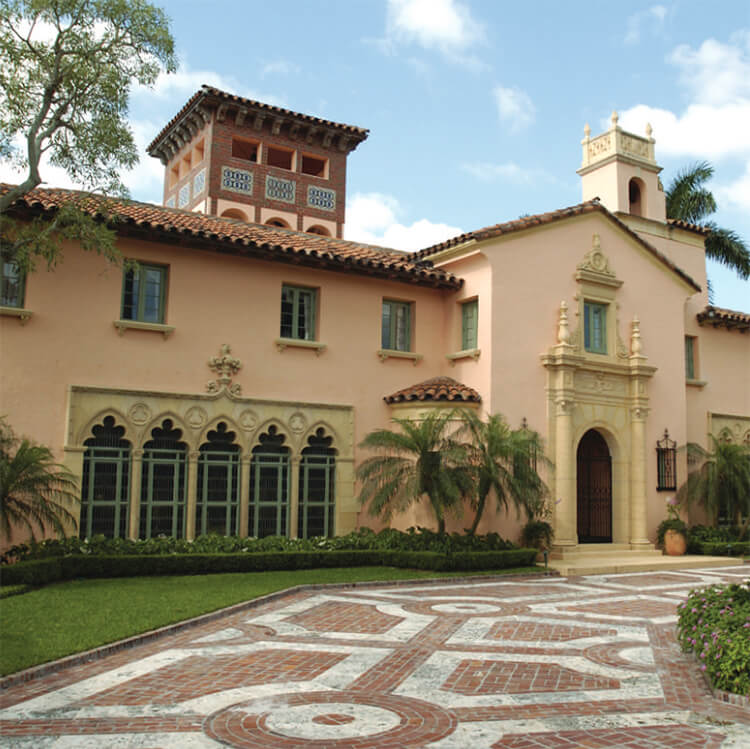 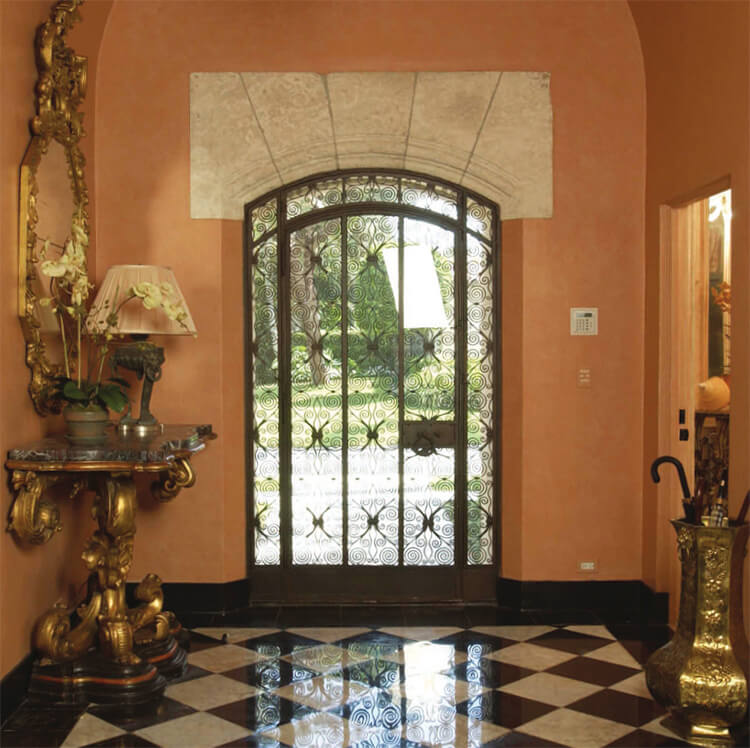 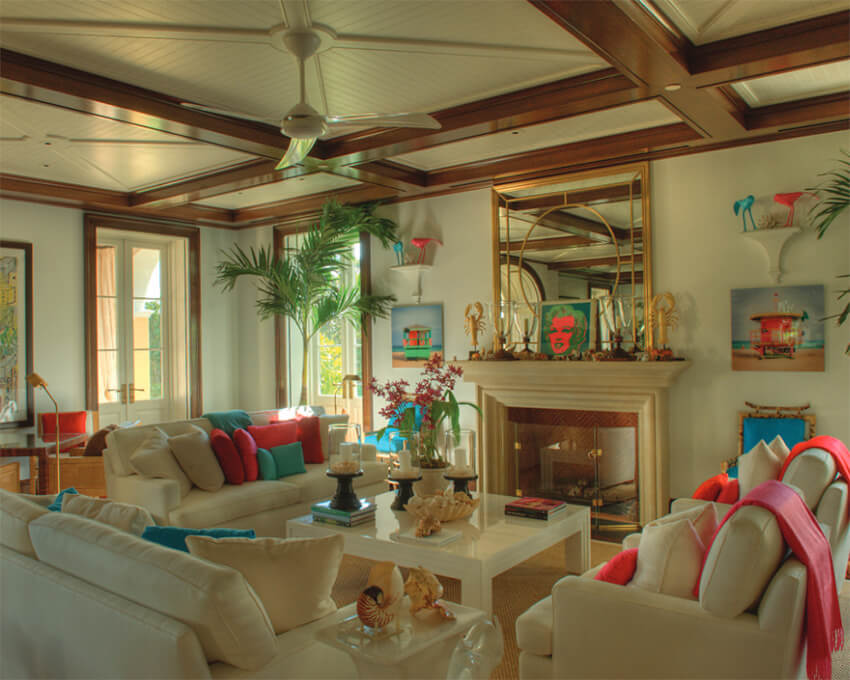 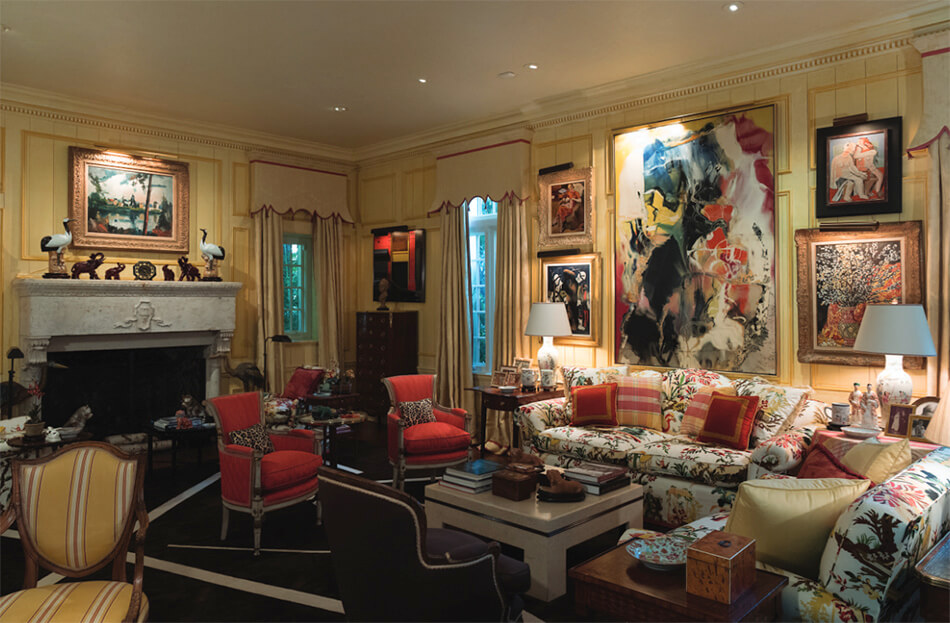