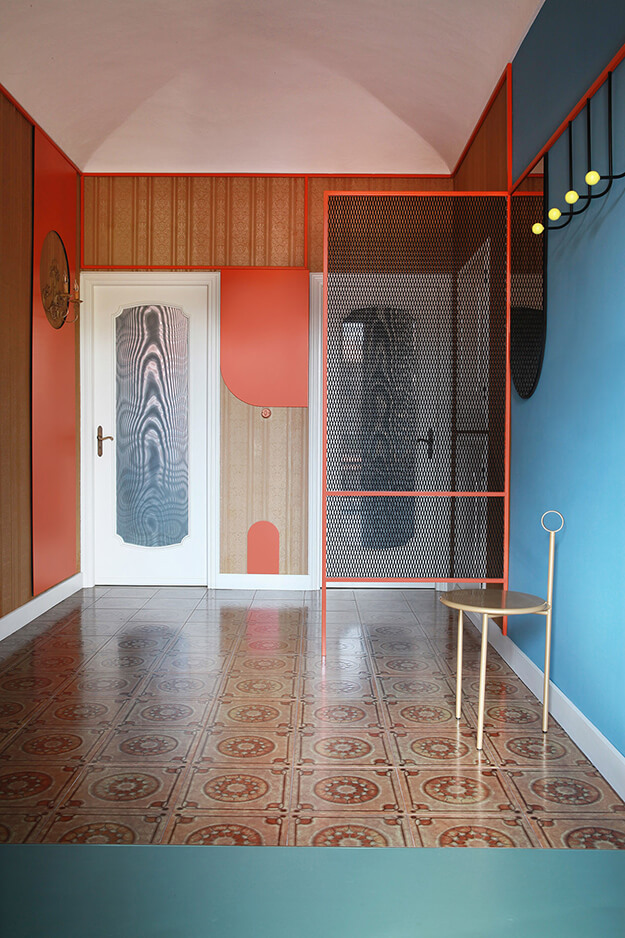 Another wonderfully unique project by architecture firm Marcante Testa that I had to share.
The house was, and is, a stratification of styles and materials that represent the lives of the previous inhabitants including General Candido Sobrero twin brother of Ascanio (inventor of nitroglycerin) which was followed in the early twentieth century by Countess Costanza Arminjon, the one who sold part of the property to the grandparents of the current owners, a pair of twins of whom only one decided to live there. It has long been our desire to create an interior where we can maintain and enhance these past elements by making them a collection of memories, materials and feelings. This proposal met favorably the client’s desire to preserve that family atmosphere which reminds him of his childhood spent with his brother in his grandparents’ house.
Starting from the entrance, the metal structure, which characterizes the external staircase, returns as a connecting element between the various rooms and, to define new furnishings and functions and at the same time, surrounds the old wallpapers, and the wall lamp, also it is the object of the past. A strip of resin connects the kitchen, entrance and living area to take us to the bathroom area where the plain color contrasts with the designs of the old ceramic tiles. In the living area, the original wood have been preserved inside which new furnishings are inserted such as the small theater with its curtains that hides the TV. Also in this room, the metal structure frames the old wallpapers and becomes a false ceiling, coffee table and dividing wall. 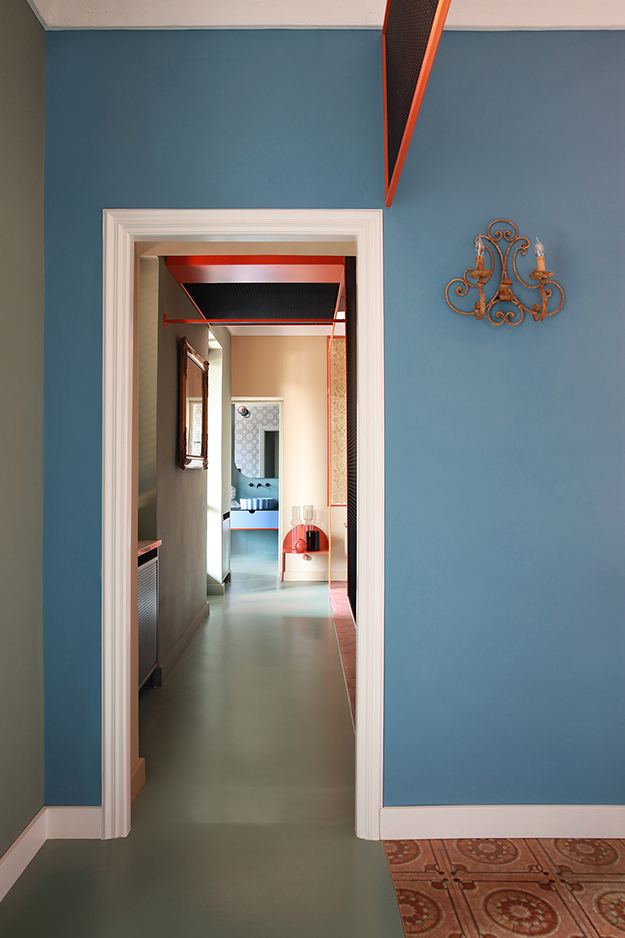 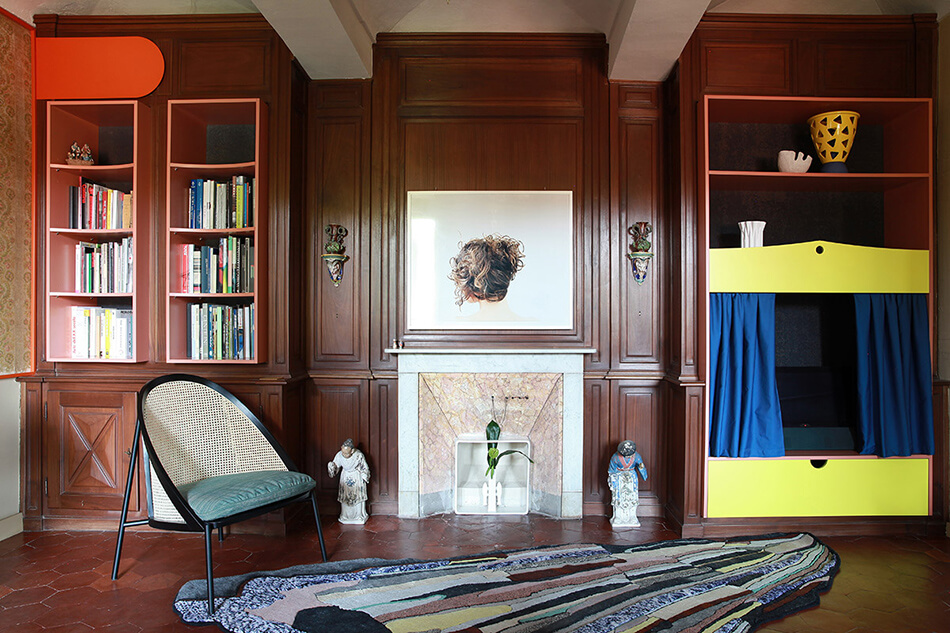 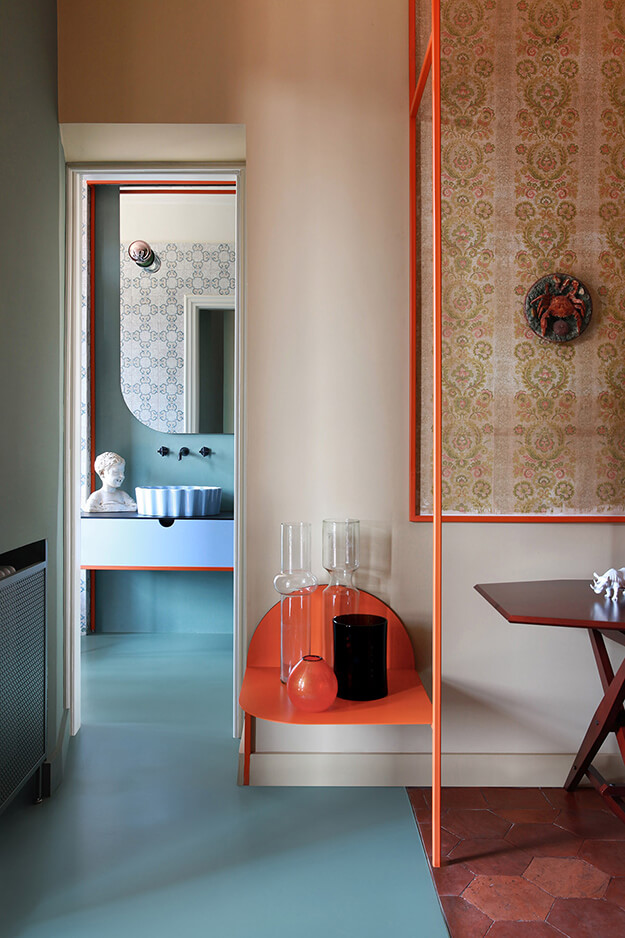 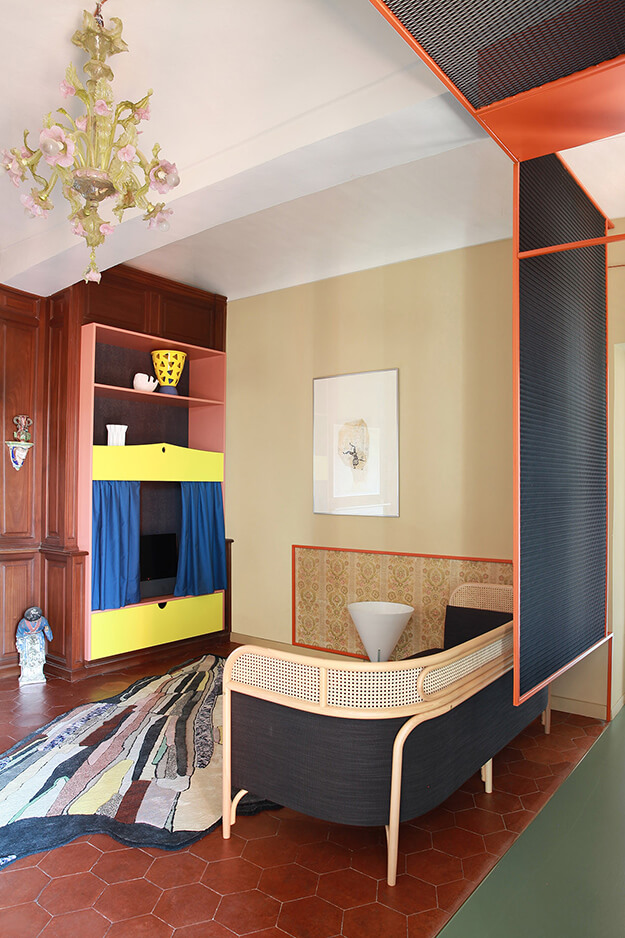 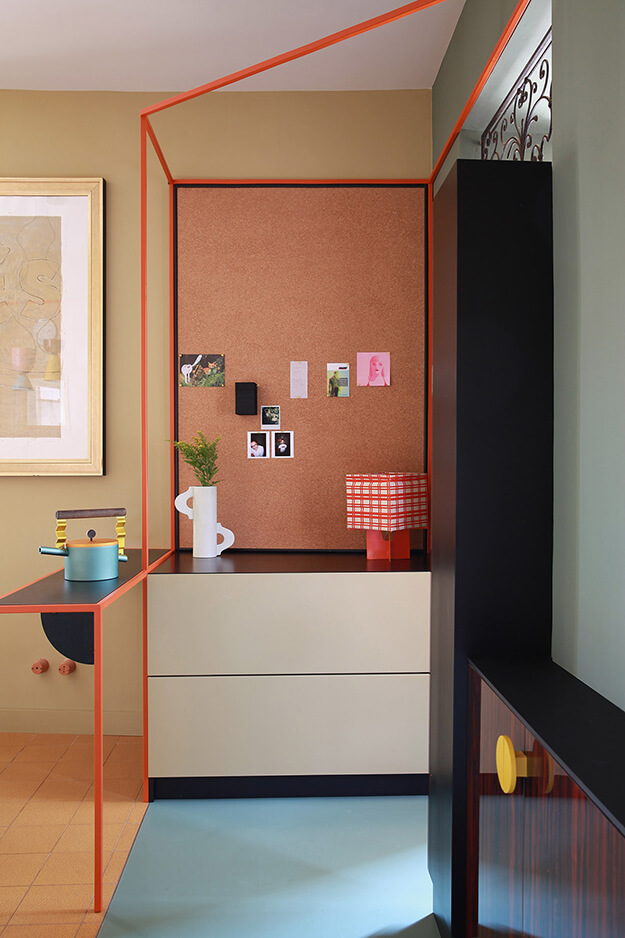 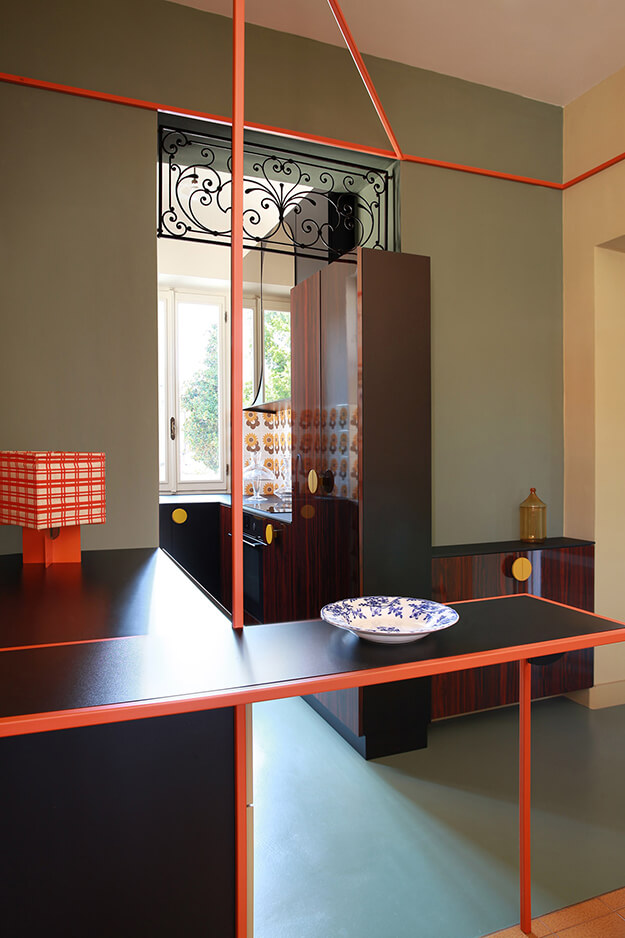 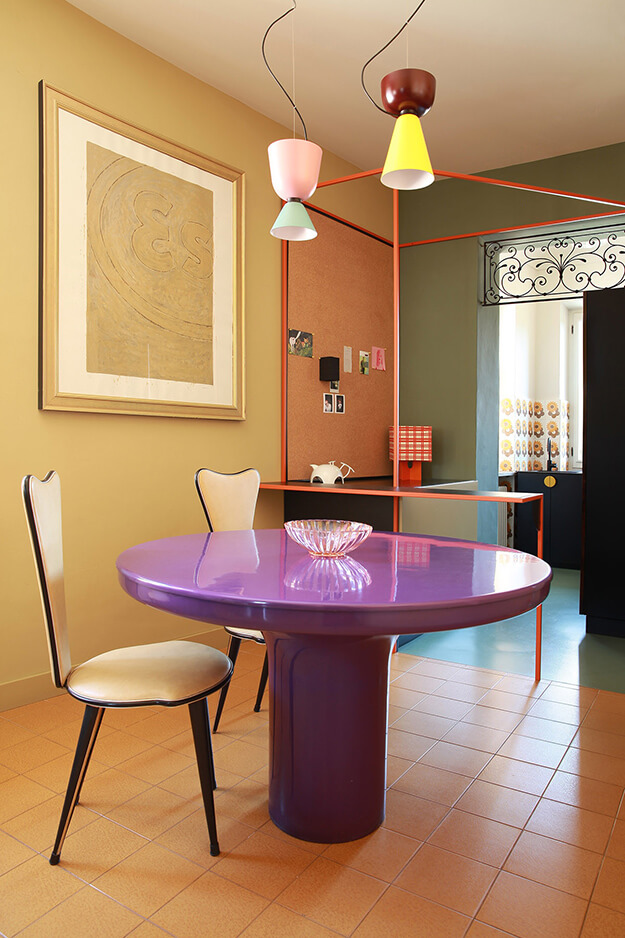 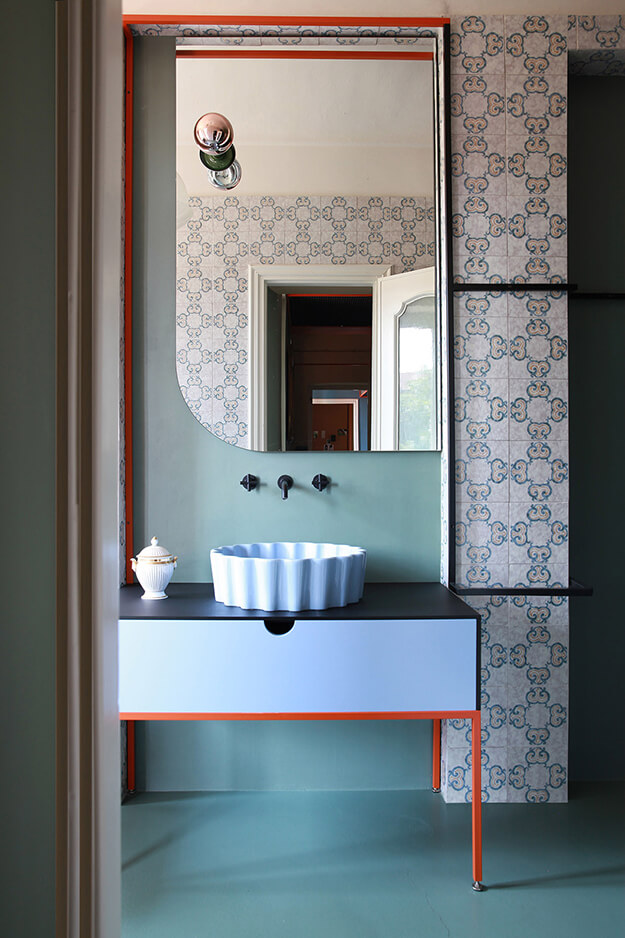 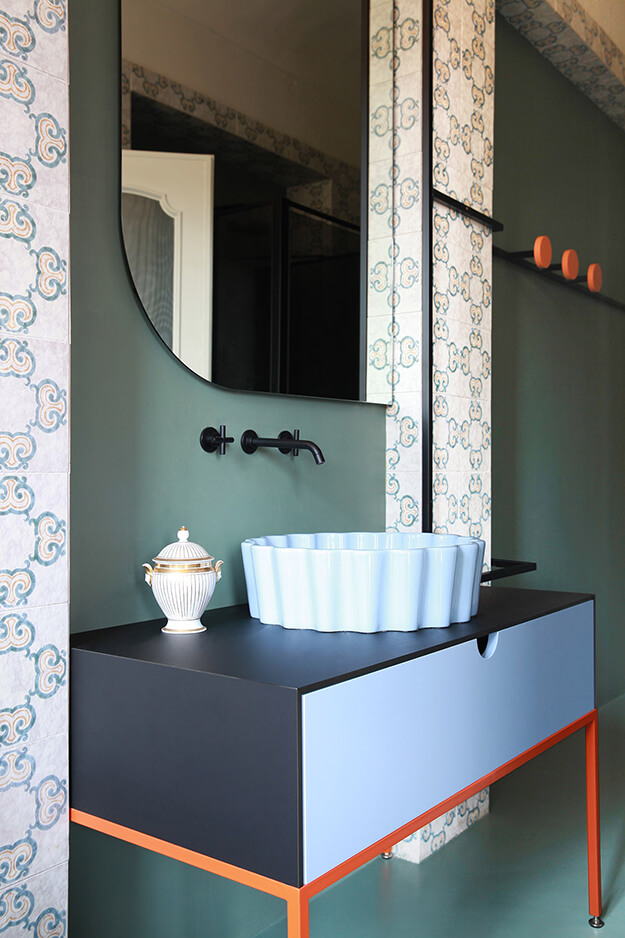 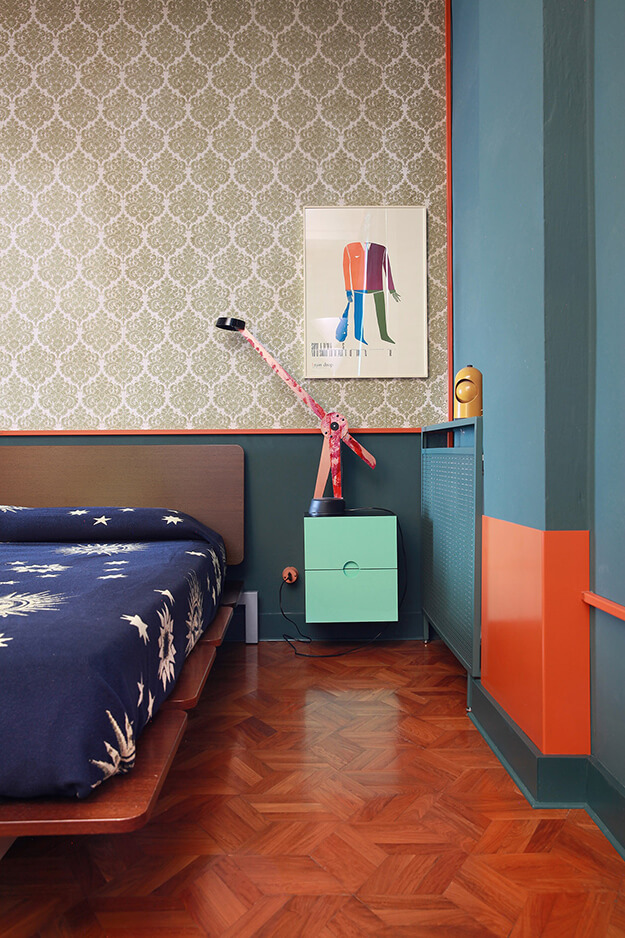 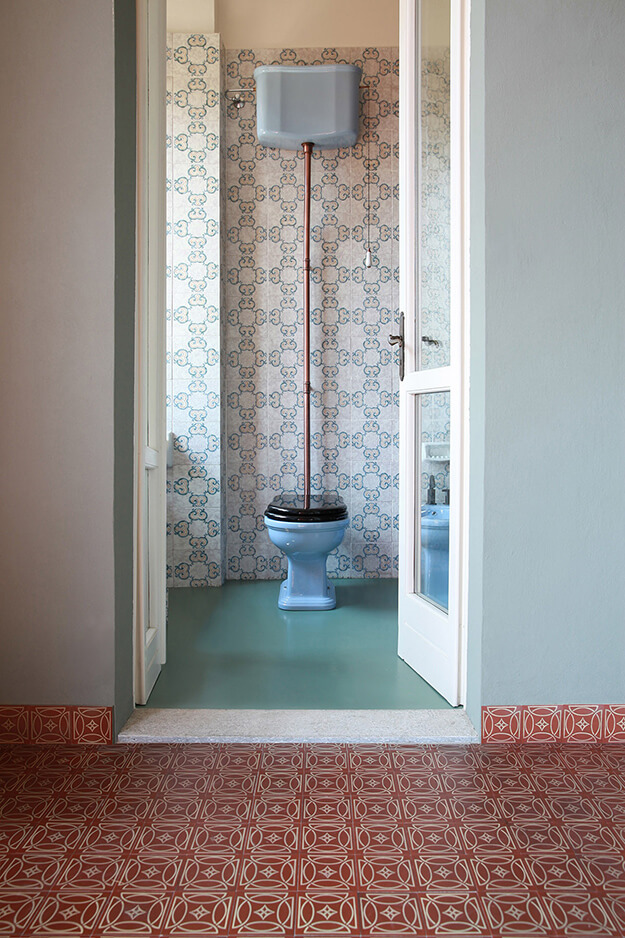 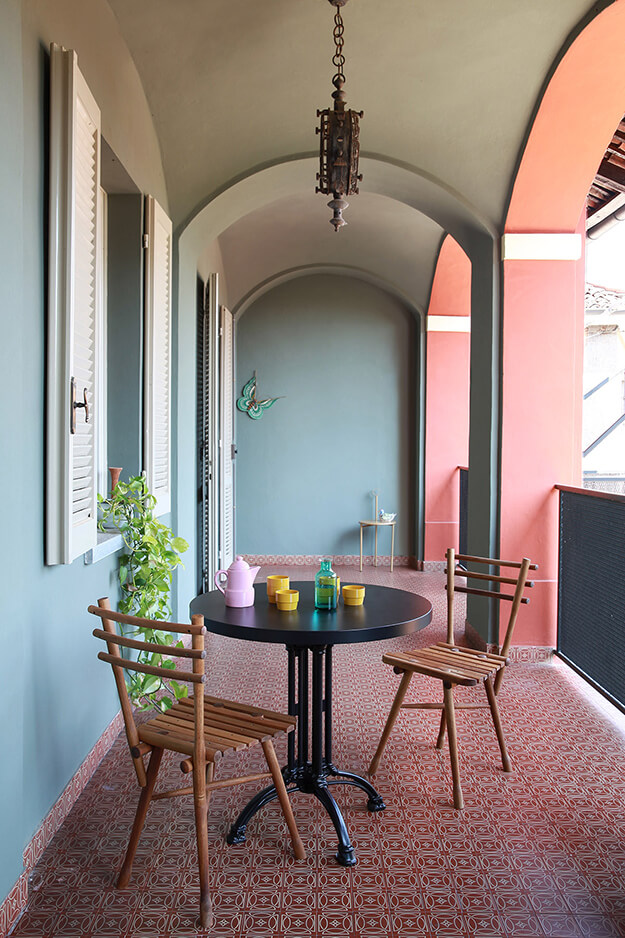 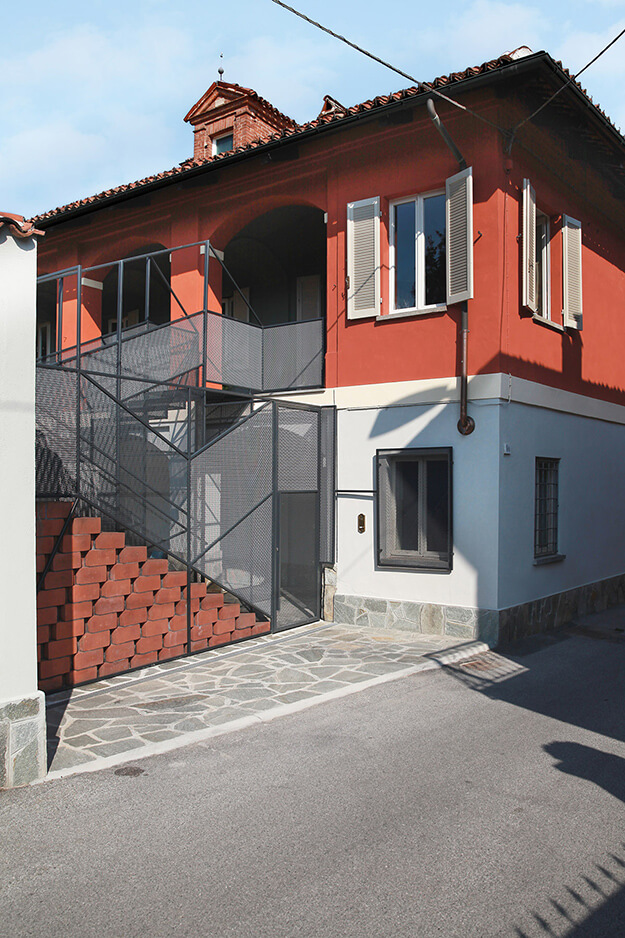 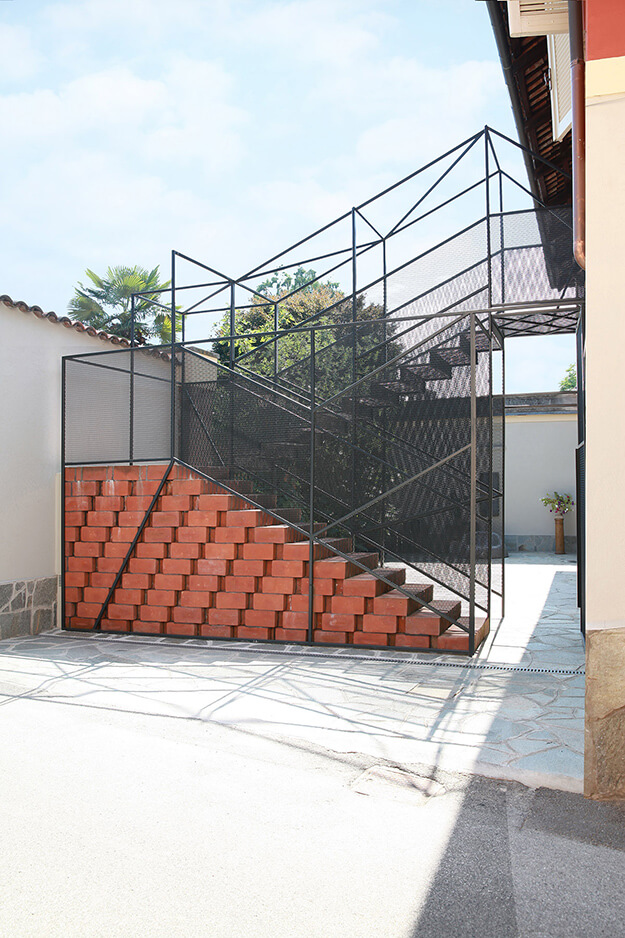 I don’t fully understand what I’m looking at, but I love it nonetheless.

very disorienting interior. I think in a bad way. I am not sure.

I did find one thing I like… the green and pink chandelier is snazzy.

I’ve always loved the fact that, to an Italian designer, the only bad idea is an unexpressed idea.

I do like that fluted bathroom sink. Also that luscious purple dining table!

Marcante Testa are not first designers, but poets. Their style is as words, writing poetry. And it’s beauty-full, and deconstructing reality. And finally rebuilt. I think so.

As an Interior Designer I find this scheme incredibly sophisticated. Just the right amount of whimsy. Well done, just beautiful.

A Gustavian + Scandinavian + South of France style apartment in Milan

The beauty of minimalism