Angela sent along the following email to Jo and I about her home:
Six and a half years ago, we bought a bungalow in the suburbs of Chicago, and rehabbed nearly the entire thing. Several months ago, my husband accepted a job in another state, so we will be relocating and just put it up for sale (sad…). I was going through the before and after images, and just shuttered when I looked at the before. I kind of can’t believe the end result, and thought I’d send it your way.
She sent a post from her blog for a peek and I was immediately stunned into silence. I wrote back saying what a HUGE transformation it was. She responded:
Yes, it was huge. And so was I went the transformation took place (I due a month after we started rehabbing) — so we just moved ahead to get it all done, but honestly, it was all kind of a blur. It really just hit me when I was doing the comparison photos. We are very proud of the place. I know people thought we were crazy, but we saw the house, looked past everything and knew exactly what we wanted to do with it. We did have to have an architectural company lay out plans to get it approved by the village — but we used the architect from my family’s company (they are in the cemetery business, so it was a bit of a side track from what they typically do).
It really is shocking how the result is SO much more modern and updated and if she hasn’t already sold this house (after being on the market now about a week) it won’t be long now!

Here are some before photos (the only thing remotely worthy is that dining room wallpaper!)… 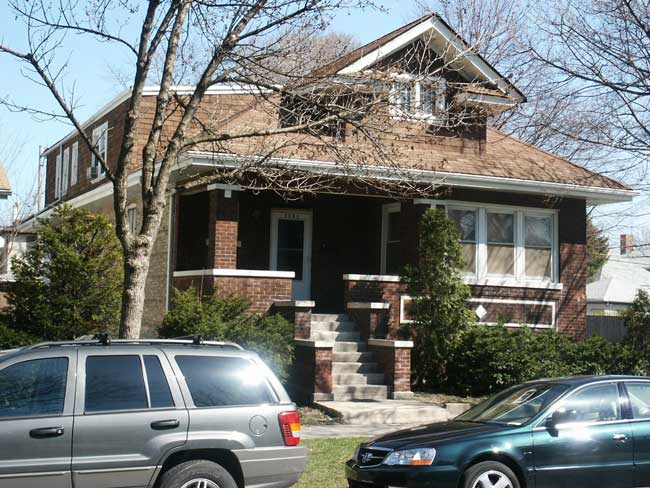 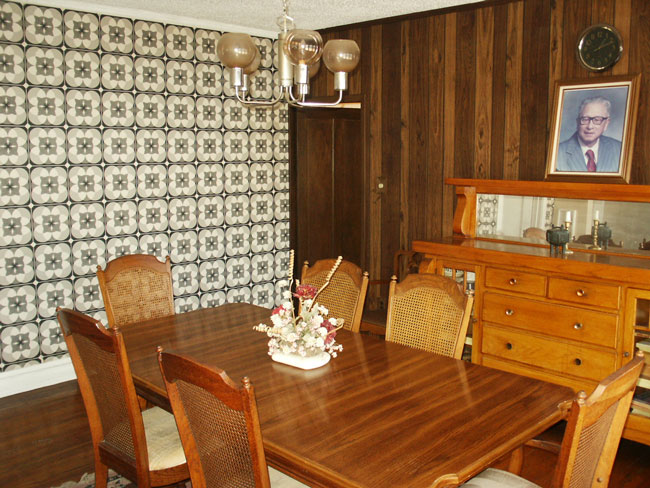 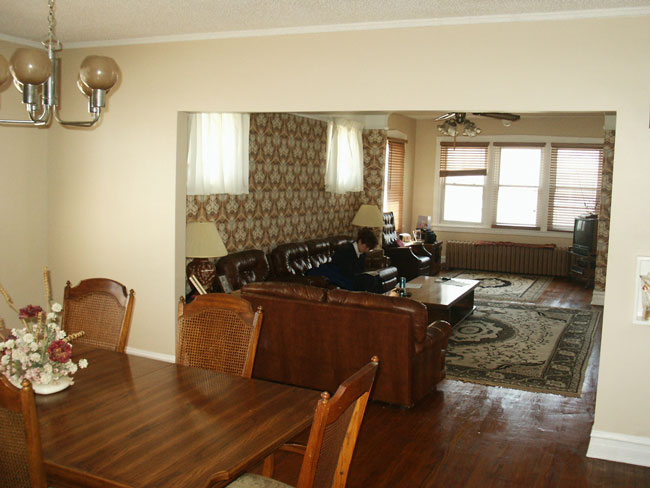 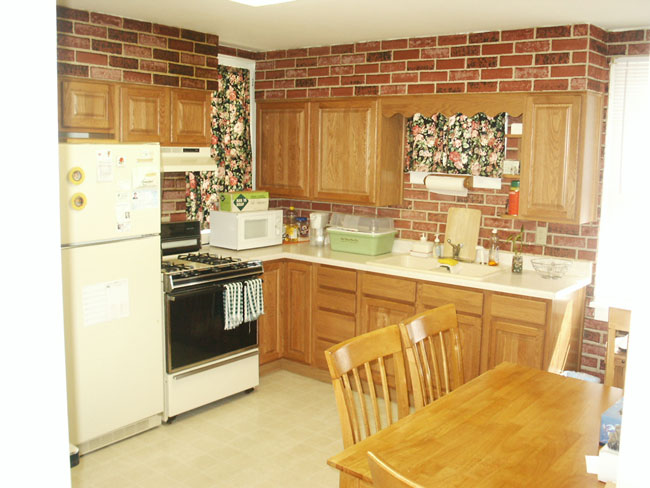 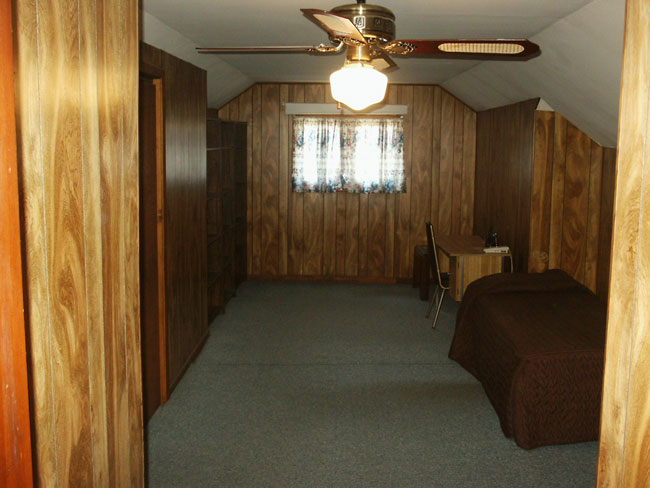 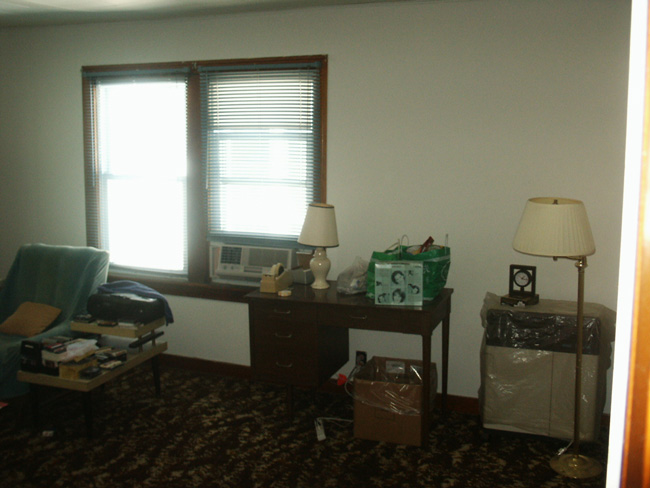 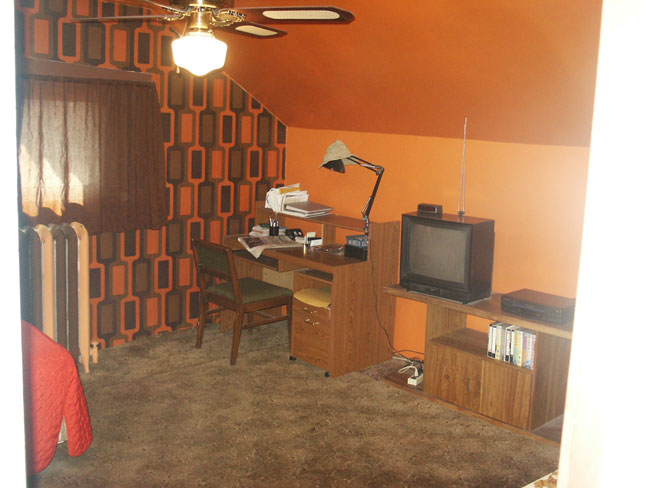 And here are a couple of after photos – YES, it’s the SAME HOUSE!!! (Many more after the jump!!!) 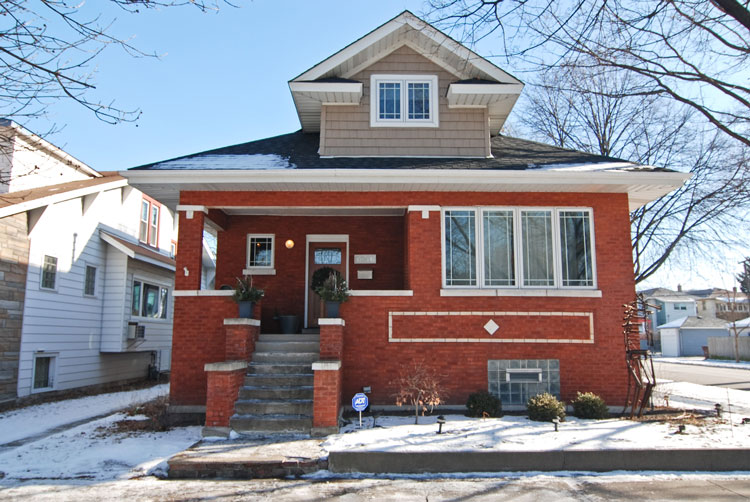 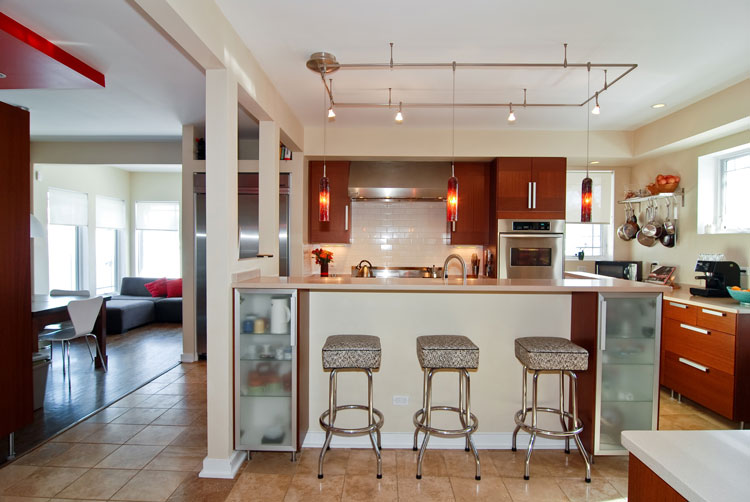 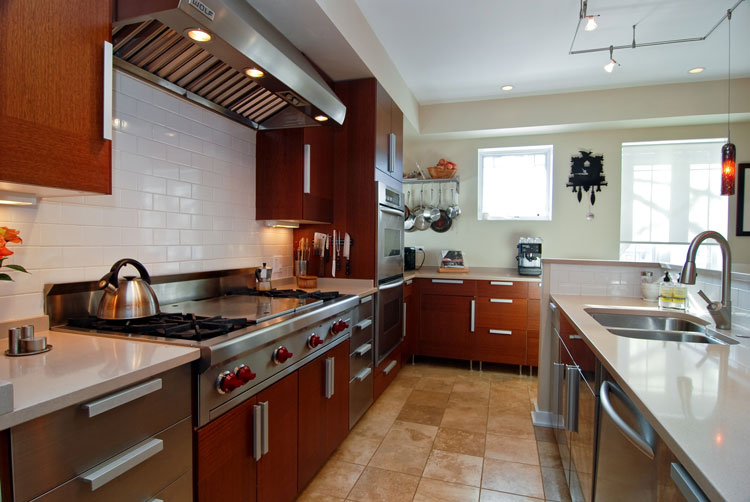 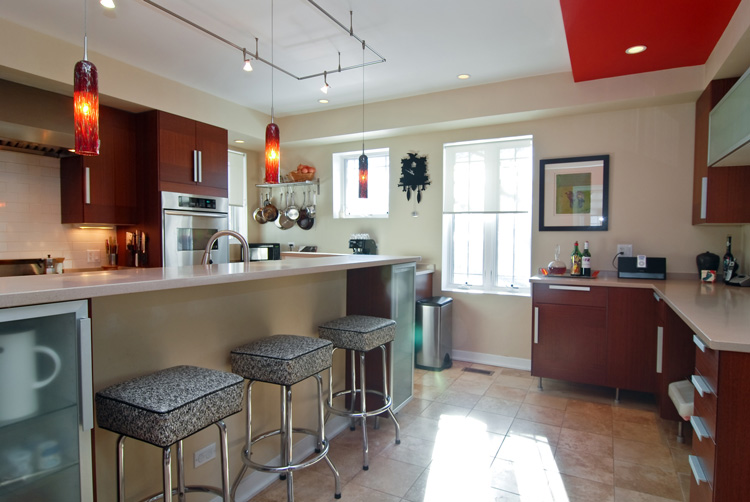 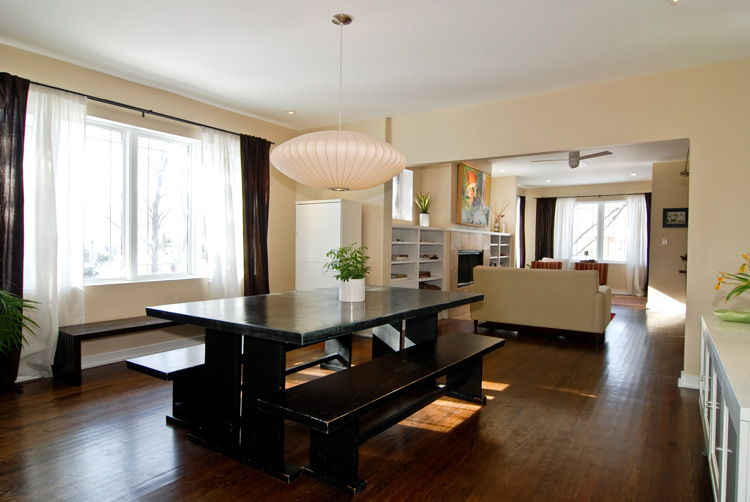 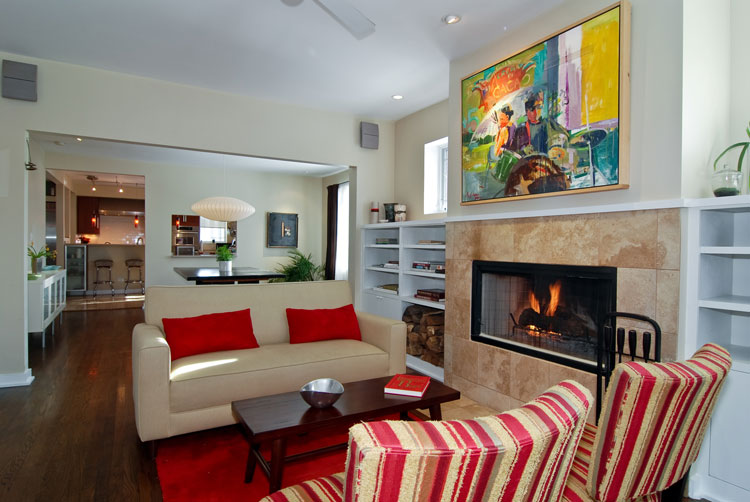 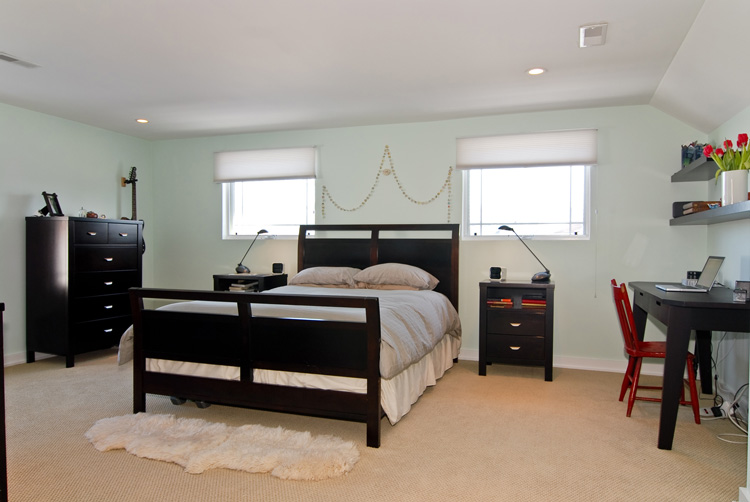 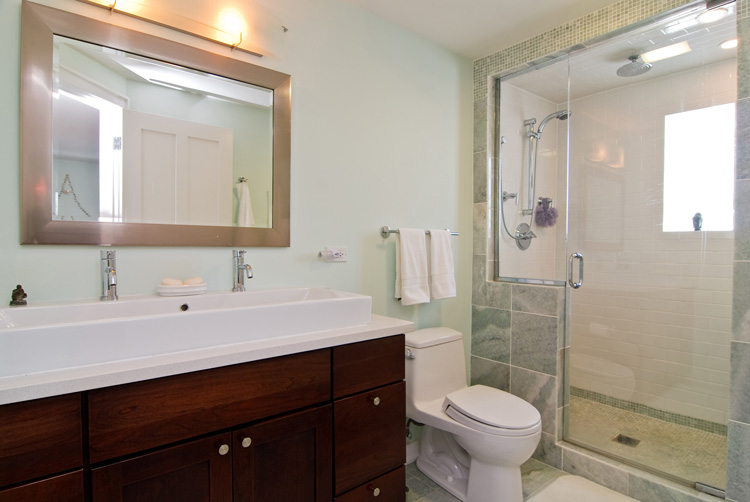 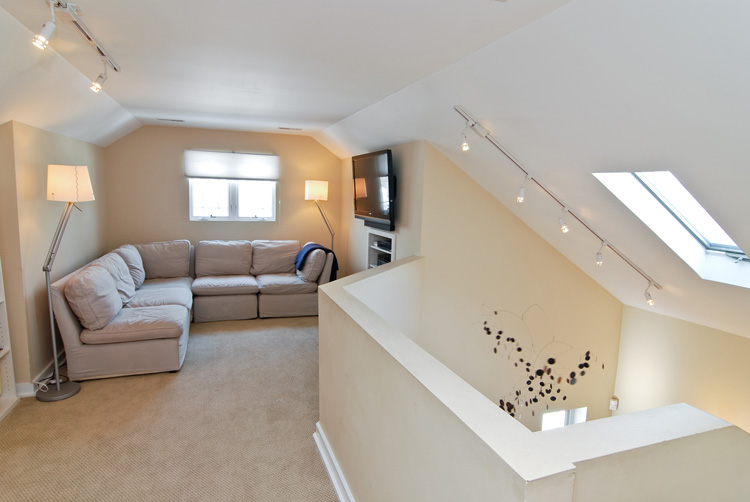 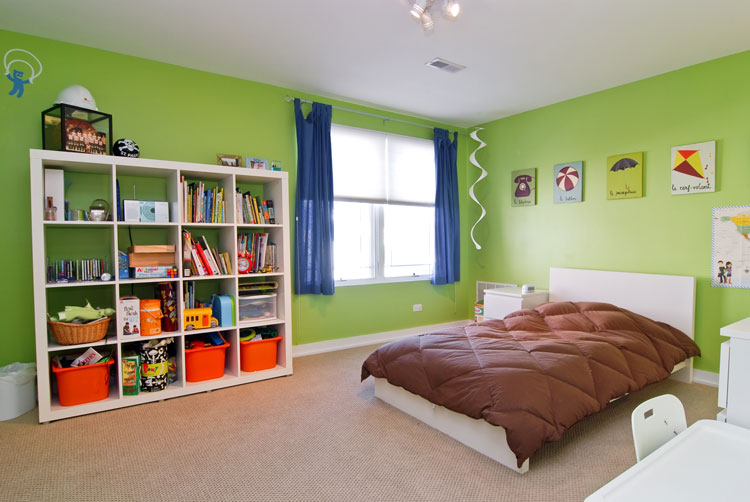 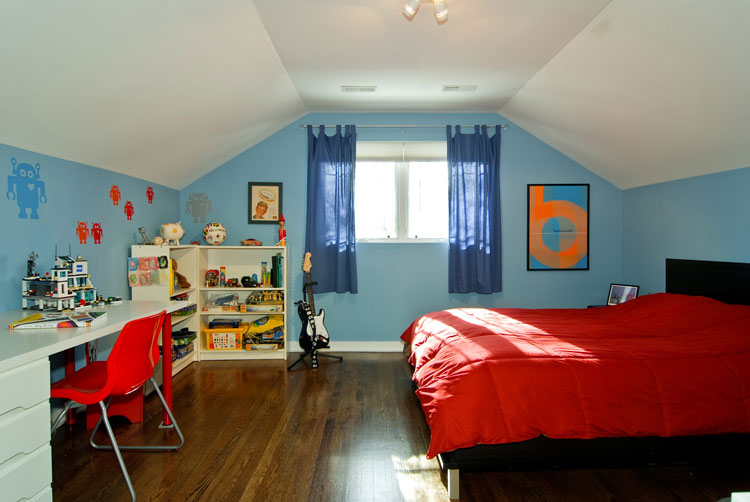 You guys are right! That wallpaper was amazing. We actually tried to figure out a way to keep it. Except when we looked behind the walls, what we found was furring strips, newspaper insulation from the 1920s and unsafe electrical wiring. Unfortunately, we couldn't find a way to salvage it. Most of the interior had been remodeled in the 1960s, so none of the original bungalow elements remained. Except, ironically, the brick. Which we simply power washed and tuck pointed to restore it to it's original state. In fact, for the bricks that did need to be replaced, I went to a brick yard to find salvaged bricks. Anyhow, sorry to disappoint several readers, but thanks overall, for the positive comments. We designed the house within a modest budget for no other reason other than meeting the needs of our family, and have loved every minute of living here.

Angela, pay no attention to the haters. They CLEARLY have NO CLUE.

Sarah, this is one of the most inspiring posts I've published in a LONG TIME. Your comment has me totally baffled.

MMMM…. I guess it's an improvement, although it lacks any real style… in fact I think it's a design "car-crash"….. sorry good people but for me it's a thumbs down!

AMAZING!
if i would be looking for a house near Chicago, I would definitely take this one!
Looks really good. It's well designed but still personal.
Angela, yall did an amazing job!

@Kim: "Haters"? "No clue"? Simply because some people don't care for the remodel? Kim, that's a little harsh. Everyone is entitled to their opinion. Why insult your readership?

MY comment was harsh and insulting??? I beg to differ.

One of the things I love the most about this blog is the (generally) positive tone of the comments: that and the fantastic design, of course! This is a REAL house and it was made over by REAL people. That is, those people are REAL and they have REAL feelings. Obviously people's taste differs (thank god for that – or we all run the risk of living in what Kevin McCloud calls "Noddy Houses"), but some of the comments/retorts may have been typed in haste. I don't expect everyone to agree with me and I relish a good argument; I just don't feel the need to get nasty and I don't want to see this on one of my favourite blogs. C'mon people… can we please exercise some judgement and try to act with some integrity?

Having said all of that, was this house my fave? No. Can I learn a little more about my taste by being exposed to others' work? ABSOLUTELY!

In addition to the fantastic work of professionals, I would love to see some more REAL before and afters. Everything to which I'm exposed helps me learn and refine my opinions.

not to knock the new owners. definitely the place look rennovated and brand sparkling new but…i feel the new house has way less character than the old. looks very generic, very ikea and just not alive.

You tried to keep the original fake brick wallpaper? lol….

I agree with Bungalowbill… the remodelling is a bit insensitive to the period of the house. Would have been nice to keep some 60s reference to it… Some people would have loved to preserve this cool vibe… This is said without hate BTW. It's a plain statement reflecting only my humble view 🙂