We received an email recently from Allison, who is a big fan of her friend Daniel Friedman. Here is what she had to say: “I do not have any design skills whatsoever, but my friend Daniel is amazing! I’ve lately taken to telling him so. I threw his work on a blog in May. In particular, his most recent project (which you can find on the blog) reminds me of your latest posts– white, beautiful, modern, enchanting.” Isn’t Allison a nice friend? 🙂 She is right – Daniel has a knack for turning what I can only describe as gawd-awful into bright and homey spaces anyone would love to spend time in…and he does it with hardly a budget and what looks like a ton of hard work. Plus, he has creativity up the wazoo. Below are some of projects with before and after photos (my fav!) and some of his DIY projects. 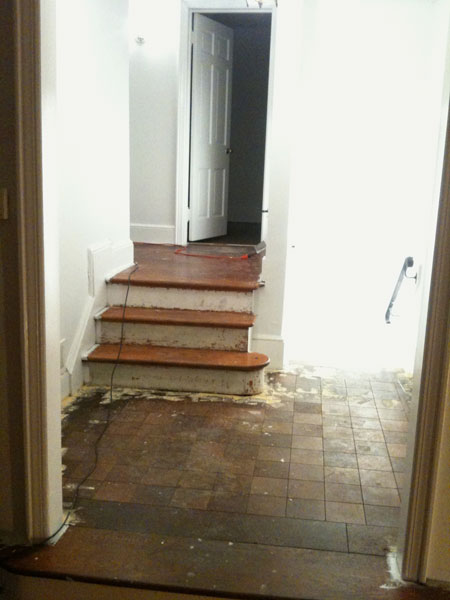 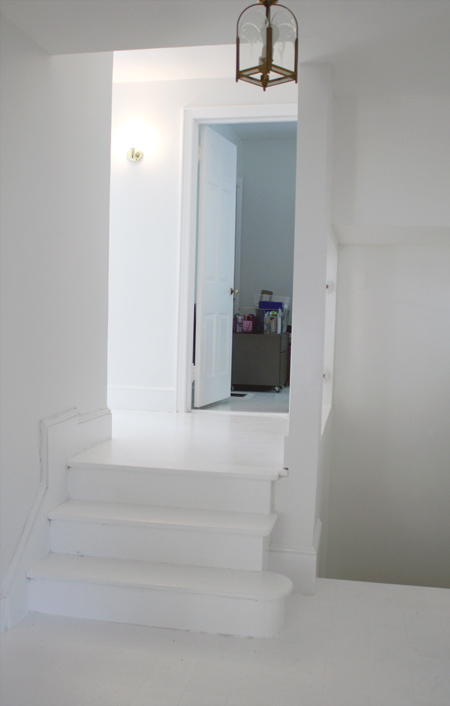 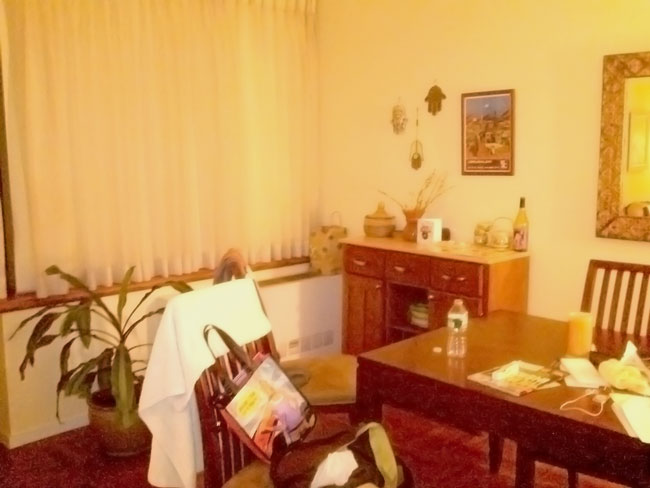 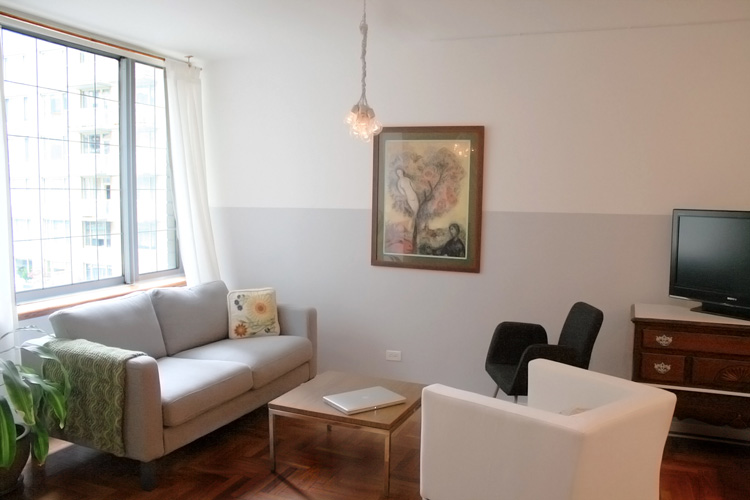 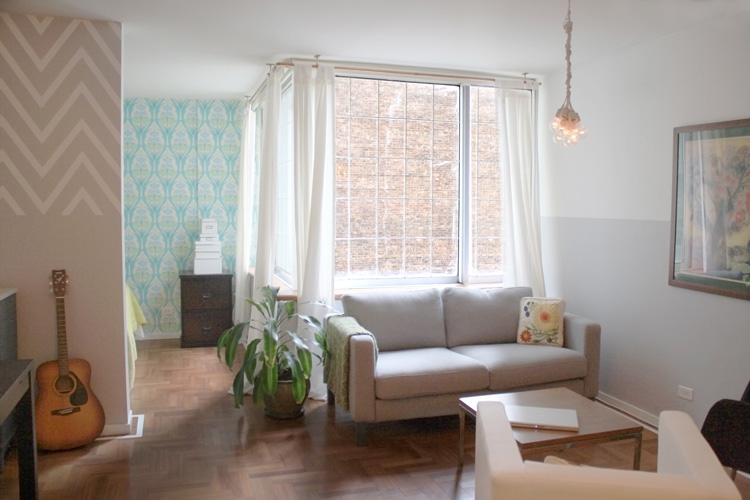 Check this out – French windows created with some dowels and glue! 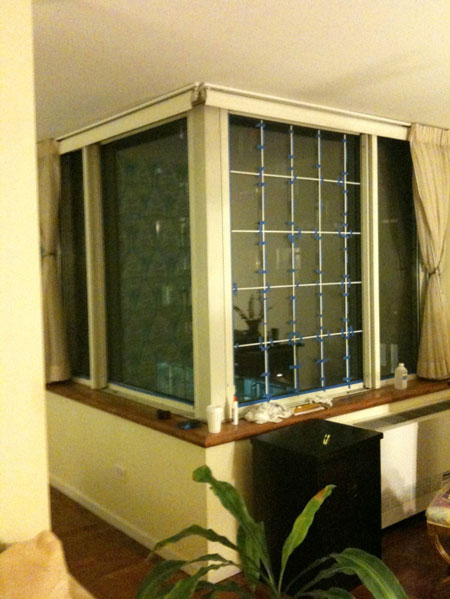 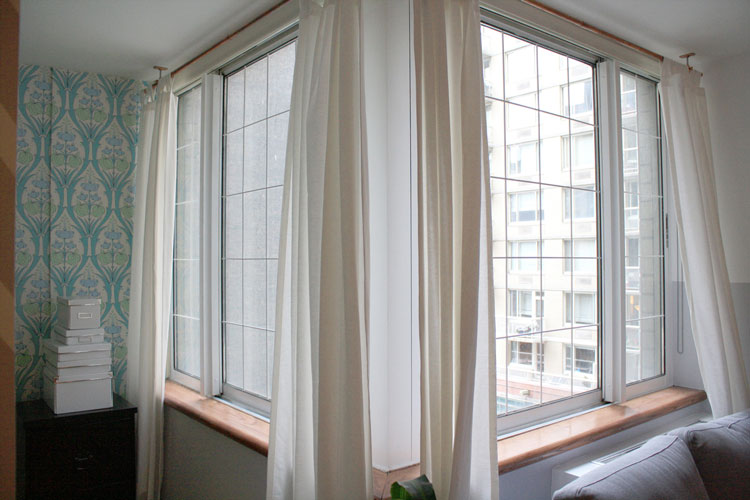 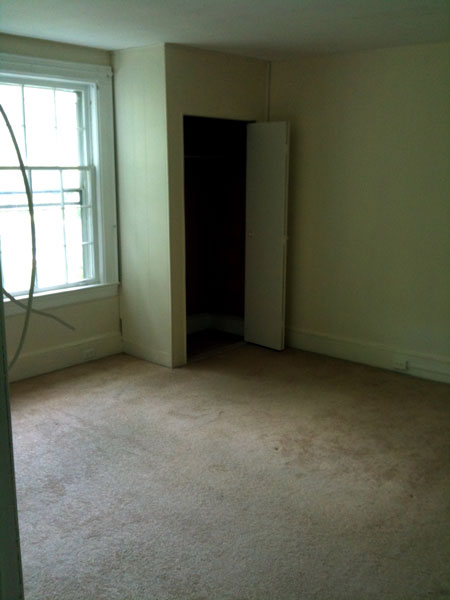 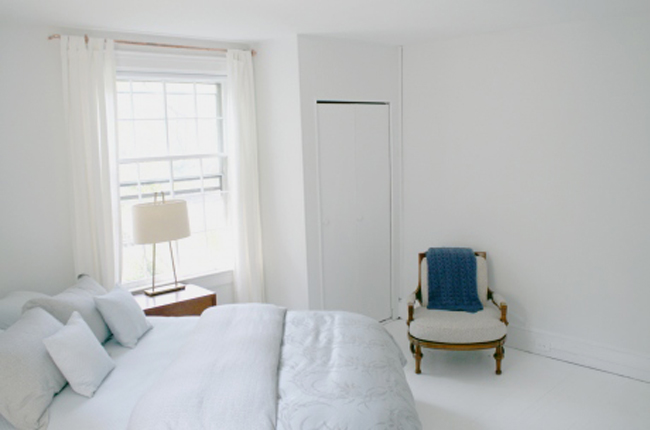 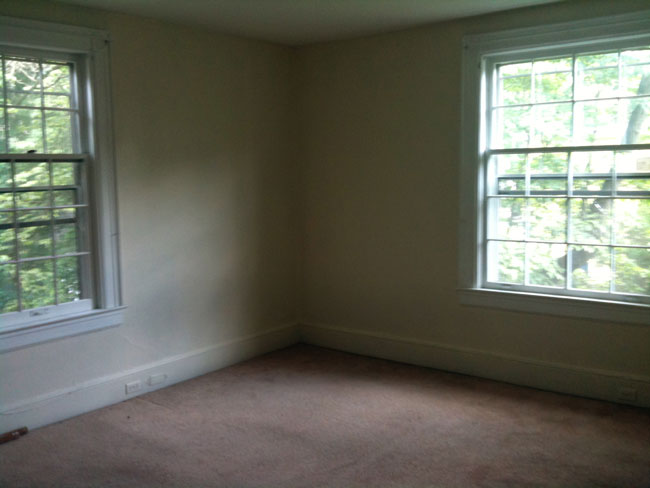 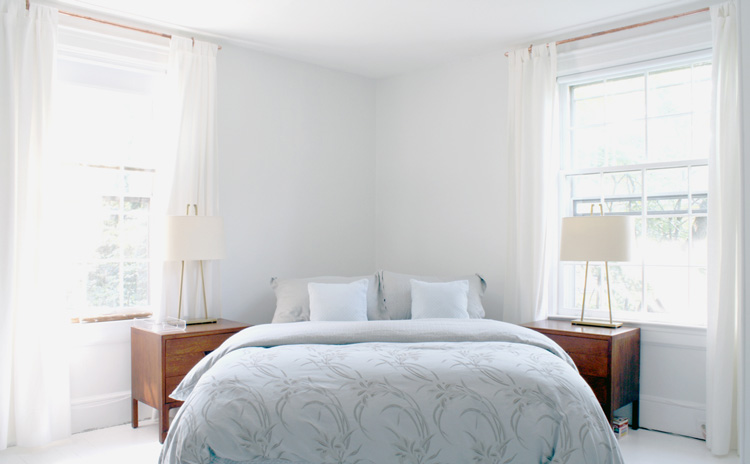 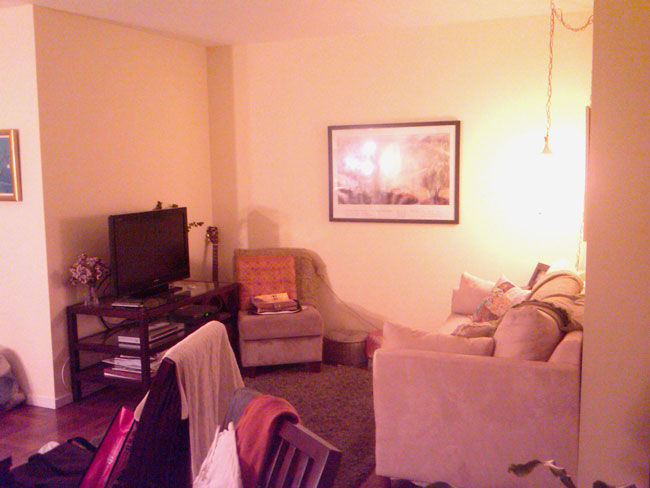 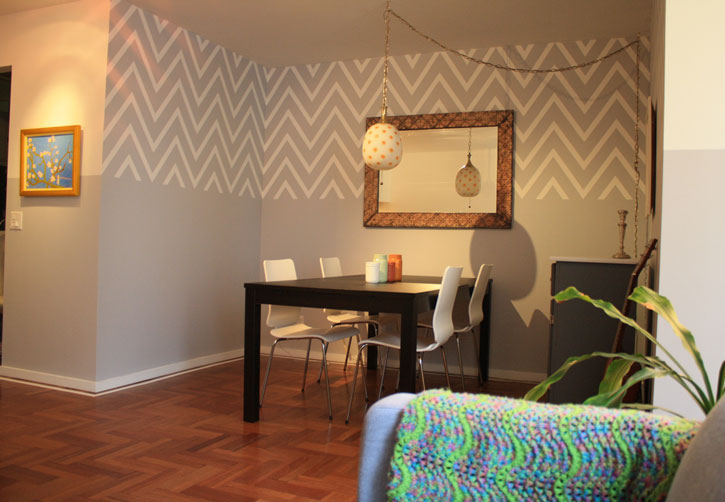 And a few DIY’s, including a border on the floor made with removable paint! 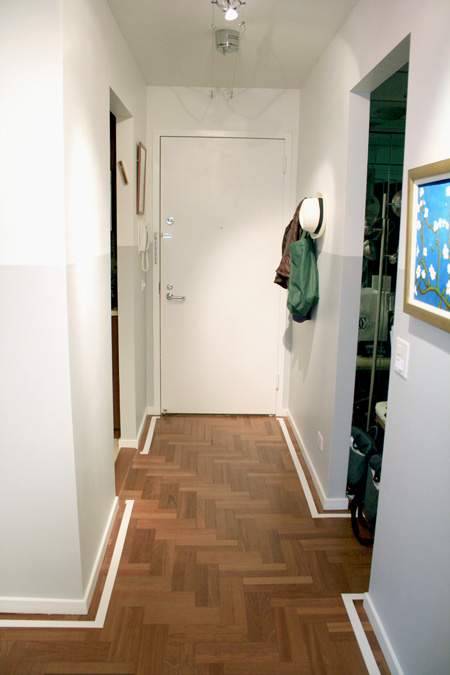 A chandelier made with vintage cloth wire and some cool bulbs! 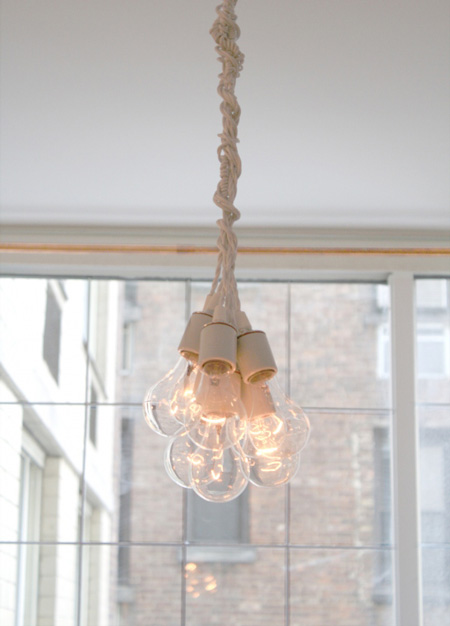 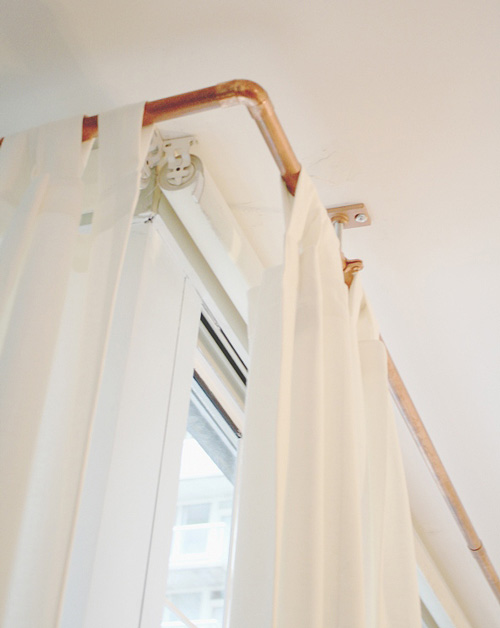 And a copper pipe, wire and half-chrome bulb chandelier! 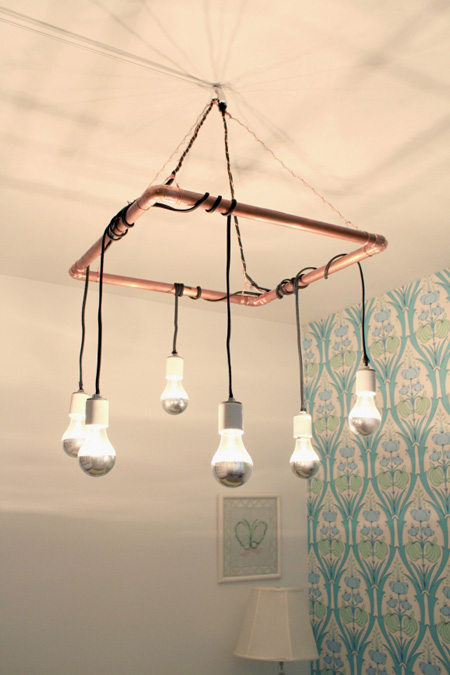 What Daniel has done with the place is incredible. I adore the clean spaces and rooms being filled with light. Proves that magination and hard work is enough to transform one house. 🙂

Amazing! I love seeing the transformation.

I know tab top curtains tend to be inexpensive, so I understand the selection for this space. But what I did in my living room is cut the tabs off of unhemmed Ikea panels, flip them upside down, so the "hem" is at the bottom and hang my curtains from clip rings.

The man is a GENIUS!

oh cool i like the bed in the corner idea… that's so different! also i love the flooring that has the "square" designs on it, it looks so pretty, different than the usual straight planks of hardwood floor installation. i also like the way he made the french windows.. its nice to see something so simple and easy could add such a pretty touch to the room! thanks for the tips!! 🙂

Wow, he's done a beautiful job. The windows are a really interesting idea.

Wow! Daniel is a natural talent! He really has a knack for brightening up a space! I love all the white. Love the chandelier. I need him in my home immediately! Off to check out her blog.

Any idea what paint colours he used in the space? Particularily the light gray?