There once was a boy named Tom. Tom was a naughty boy. Tom did not play nice with others. Tom would visit a certain blog and every now and again leave really mean comments. One day one of the girls from that blog told him he should shut his big mouth and show her what he’s made of. Finally, Tom did just that, and sent photos of his home to share. As much as the girl wanted to be mean right back and rip him a new one (perhaps poke fun at the tables with 2 lamps on either side of his sofa, or the tables piled with wood in his dining room), alas she could not once she saw these photos. Because she loved his home. Very very much. She forgave Tom right then and there. She found out Tom wasn’t as mean as he seemed, and Tom promised to behave from then on. THE END.

My apartment is in a historical building on Hollywood Blvd across from the Chinese Theatre in Hollywood.
“The Hollywood Professional Building, is a prime example of Gothic Revival architecture. Completed in 1925, the building housed the headquarters of the Academy of Motion Pictures Arts and Sciences, and was later home to the Screen Actor’s Guild. From its inception, these offices served industry stars, the seminal architect John Lautner and earned its listing in the National Register of Historic Places. Today, it reigns at the center of a new Hollywood heyday, this time as modern open spaces in which to live or work (or both), only two blocks from the Metro line, in one of the coolest and most dynamic neighborhoods in LA.”

I took the photograph that is in my entry on Hollywood Blvd last year. 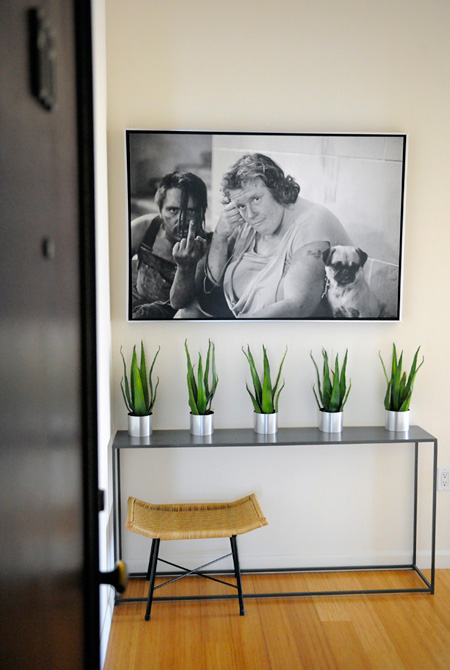 My living room was Ronald Reagan’s office when he was the president of the Screen Actors Guild. 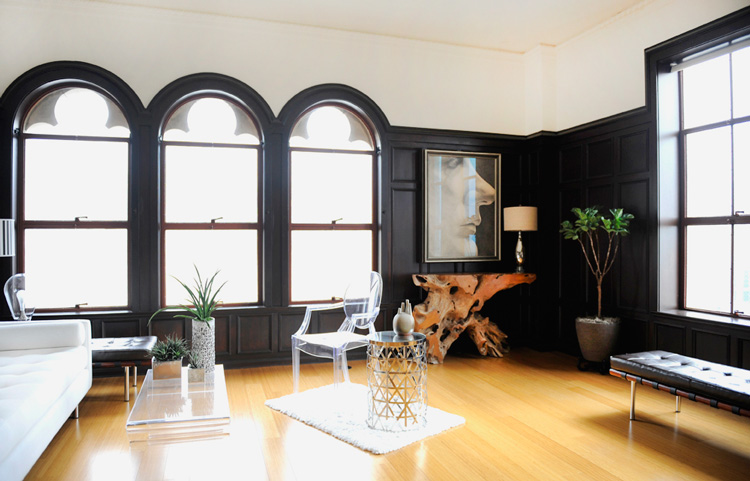 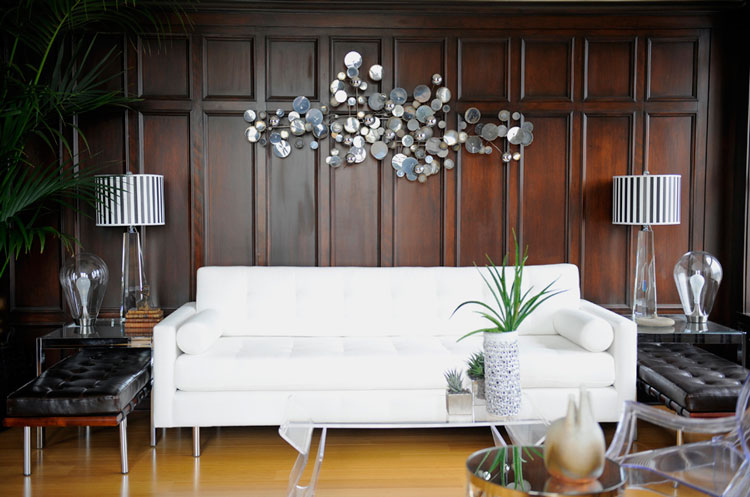 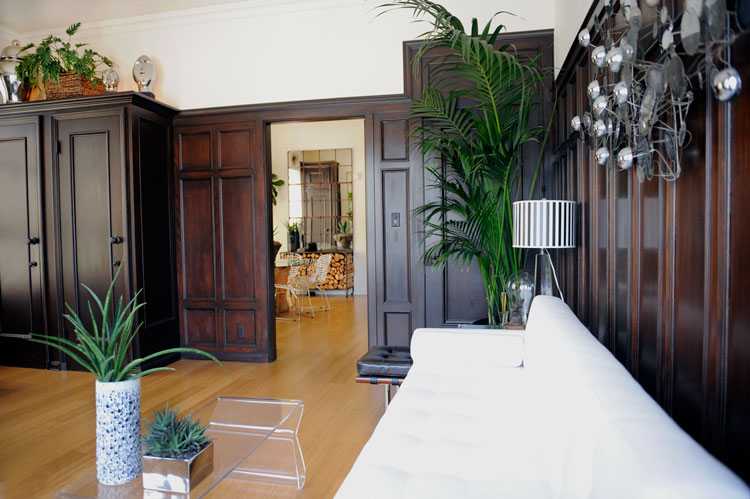 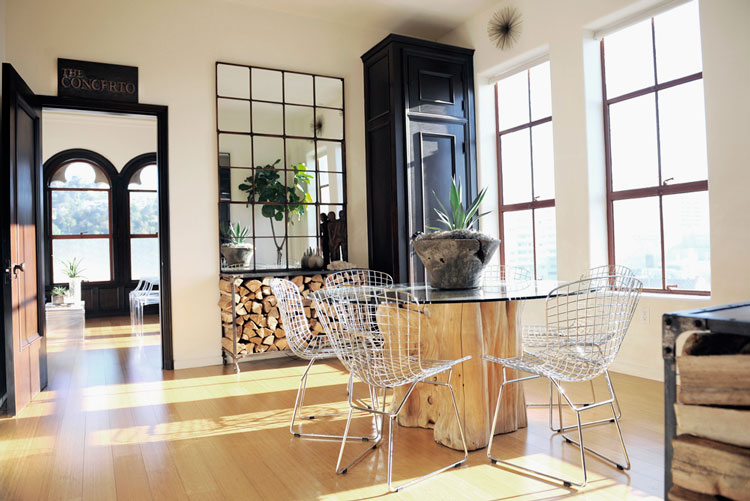 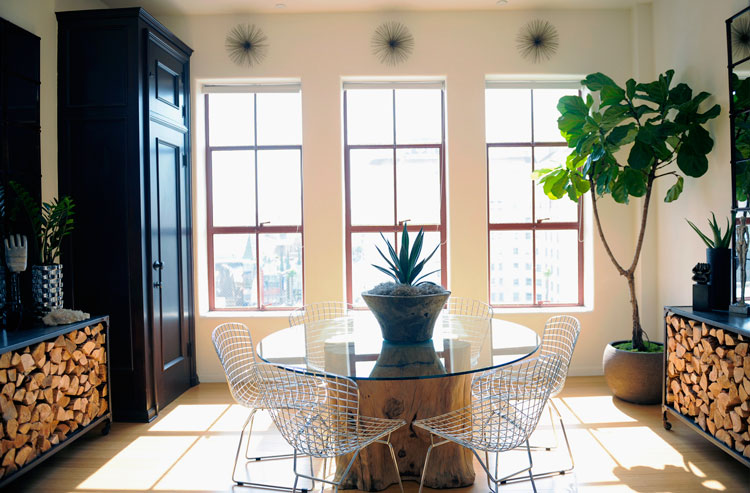 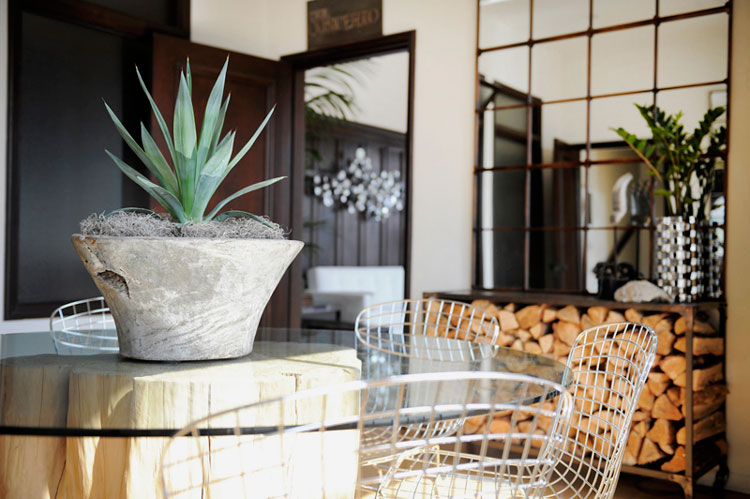 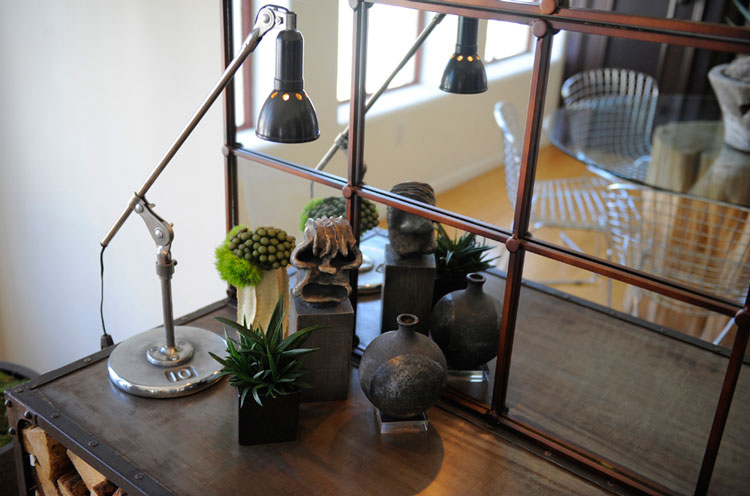 You will notice a lot of the same sculptures moved around to various tables, it’s a work in progress. I mostly shop at flea markets, I’m constantly switching stuff out as I find it. 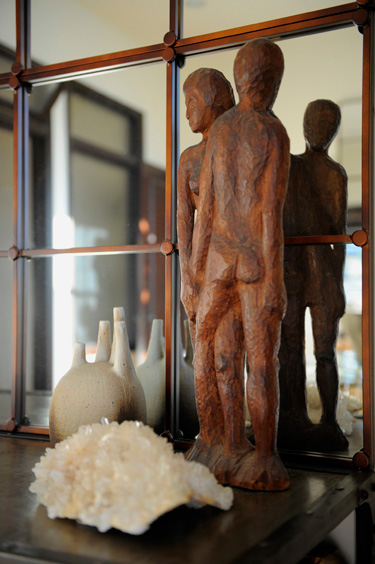 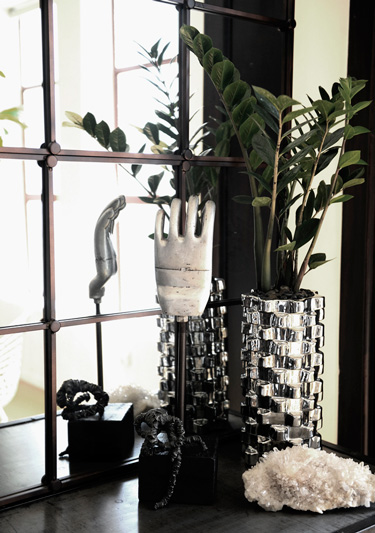 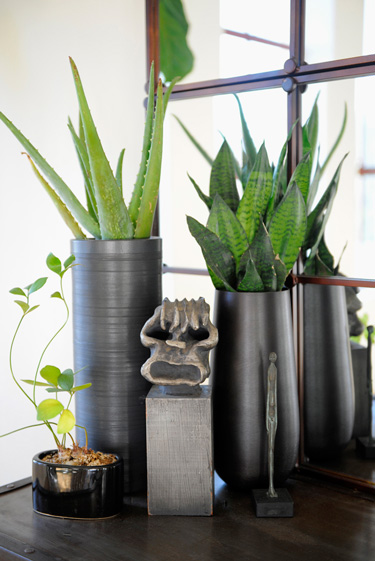 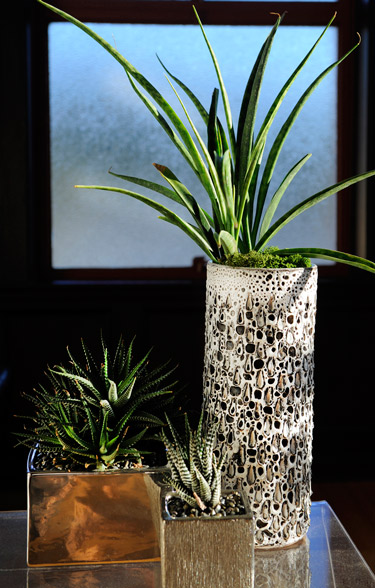 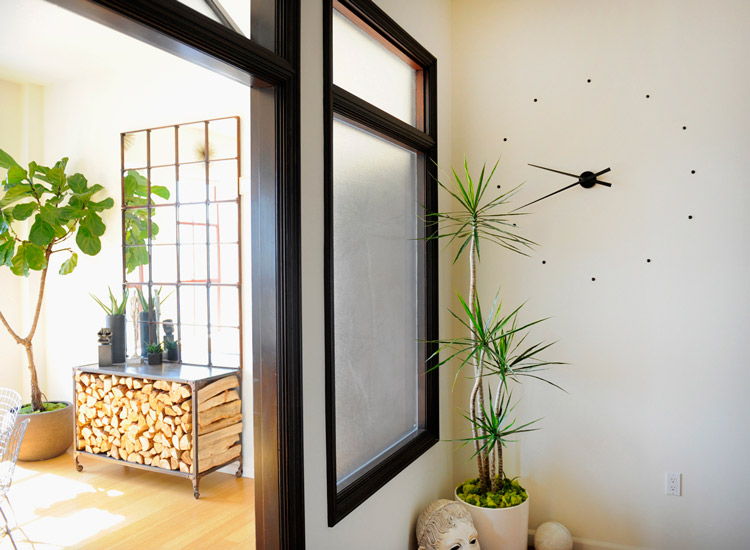 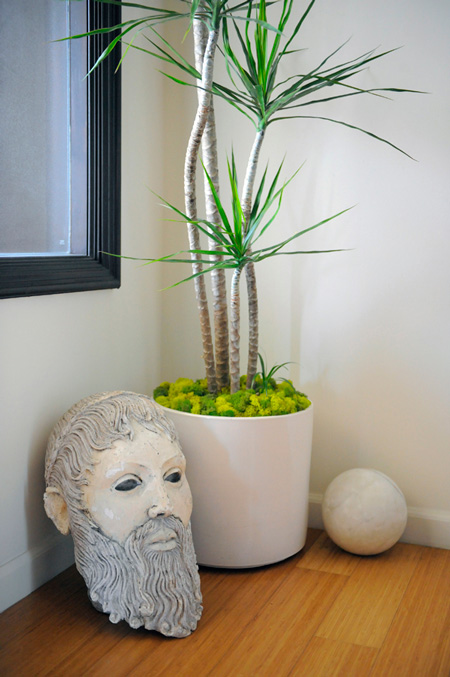 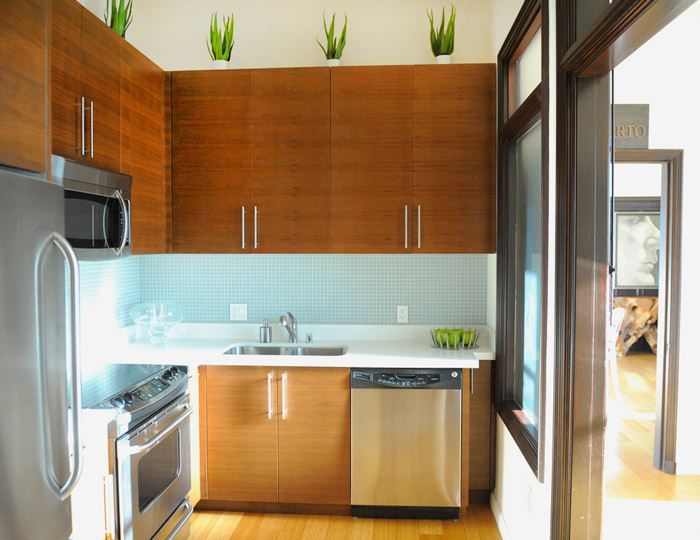 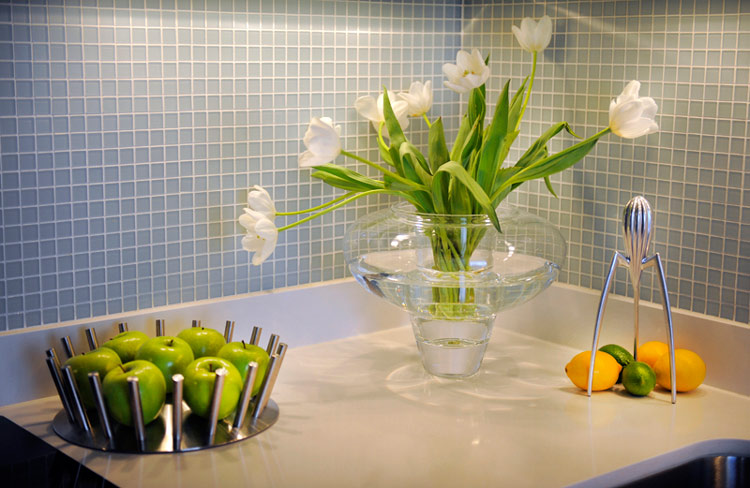 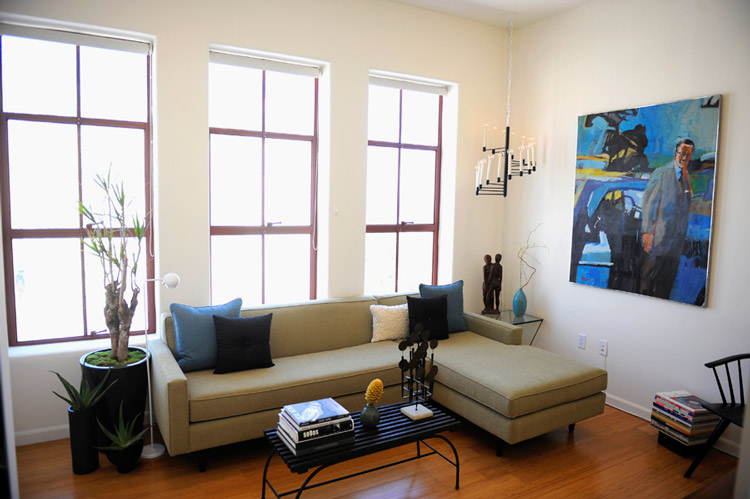 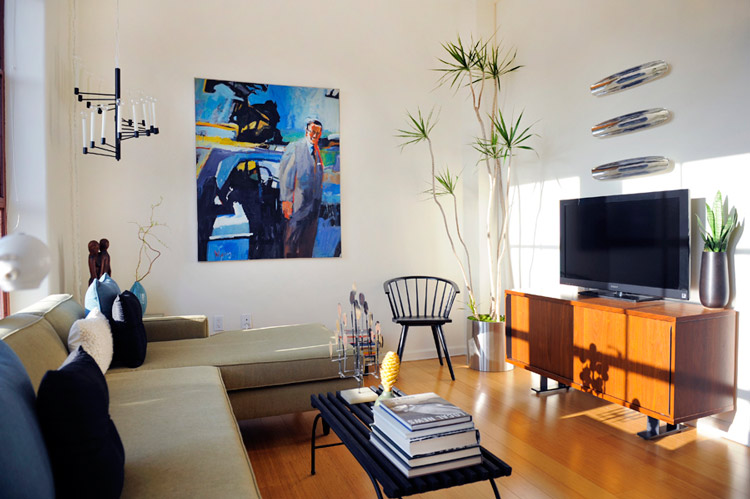 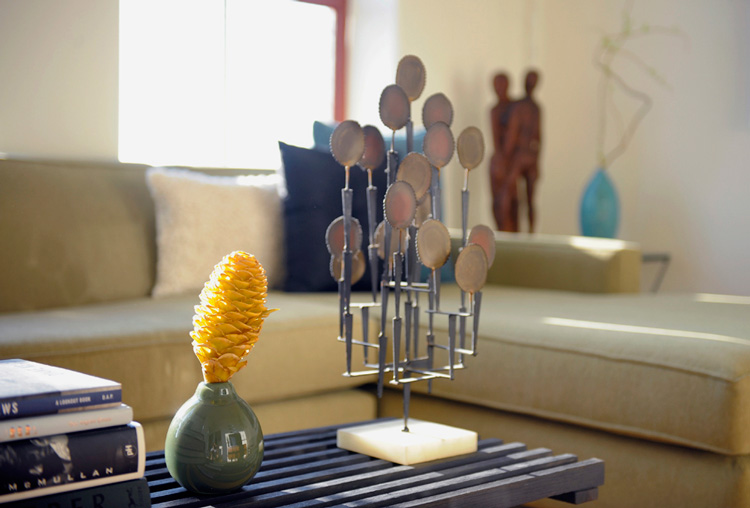 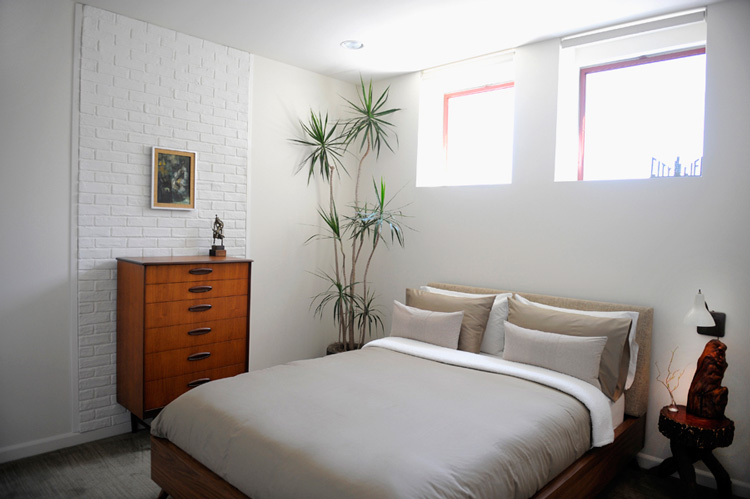 I made the hanging glass mobile out of an old chandelier and added the textured panel to the wall. The sculpture is constantly spinning. 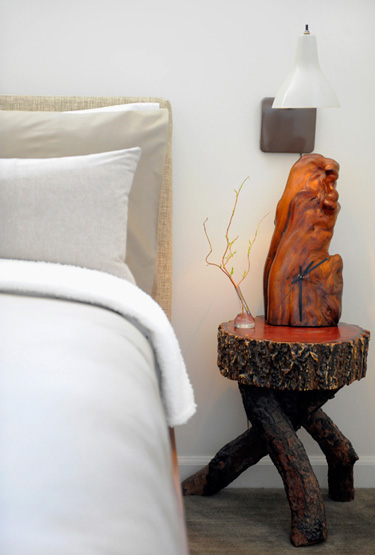 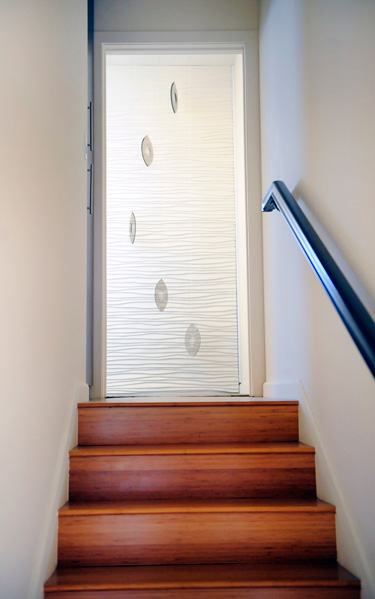 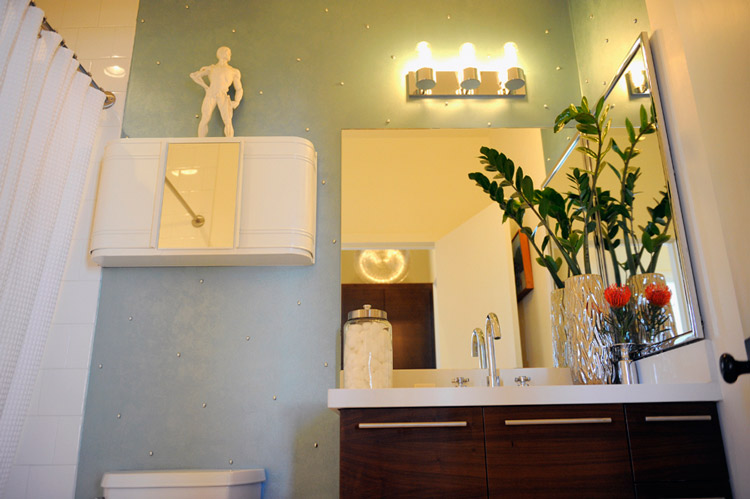 Views from my apartment: 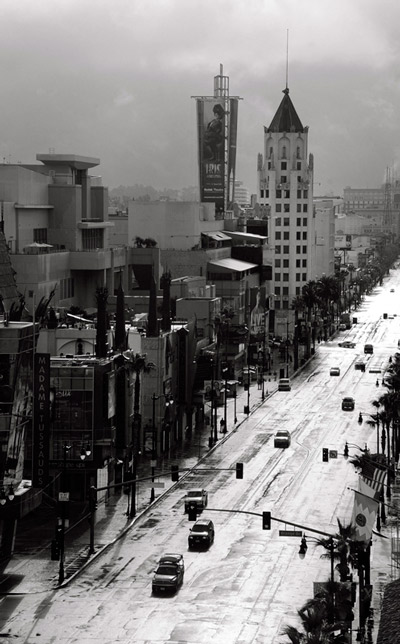 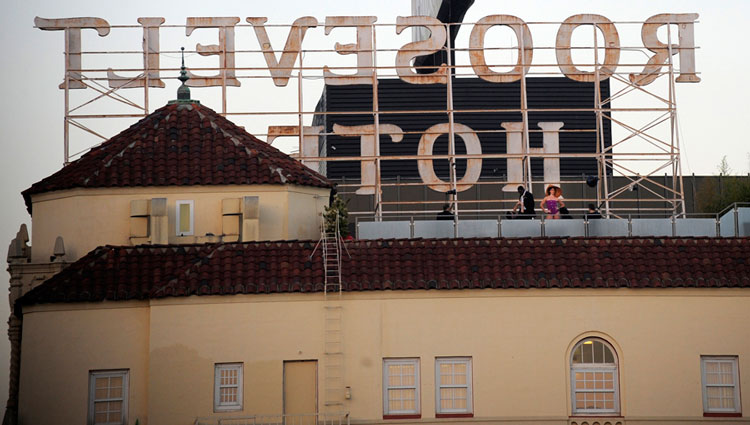 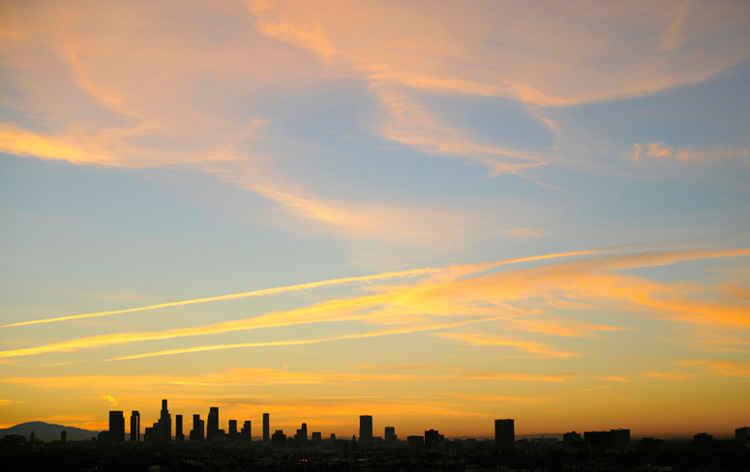 Thanks Tom.
Found a nice spot in my apartment for one already.

I still don't like the place. Even your comment has the same influence as your place, just trying too hard.

"I used minimal amounts of art "

I don't think this is minimal, typical scandinavian design is minimal ;-).

"I was not able to capture the view and interior together in these photos so to me you're not seeing the true space as it appears in person."

This is almost always the case but it didn't prevent you earlier from giving hard comments onto homes of other people, now you want credis for the same things you enever gave credis too others…

jja sounds like it's time to show how you live.

I think everyone on this site appreciates Scandinavian design, show us how you do it.

Did I mention I was trying to go with a Scandinavian design, I didn't think so.

It's fun how you're trying to steal my reputation as an asshole, you're doing pretty well.

"This is almost always the case but it didn't prevent you earlier from giving hard comments onto homes of other people, now you want credis for the same things you enever gave credis too others…"

I have pointed out plenty of good design on this site, maybe you don't like those comments and only choose to remember my negative comments.
If I felt everything on this site was bad design do you really think I would take the time to look at all of the posts and then allow my apartment to be posted here.

jja, snap some pics of your home and share your style with us, I'm sure some will "love love love it" and others will not.
If you want to play the game you must play fair or it's kind of hard to take you seriously.
Everyone has a camera, now go take some pics!

Tom is back – finally haha
Fantastic building and a very pleasing effect overall, but somewhat too proper and staged. If it wasn't for MCM… hey, and Modernica loves you too! http://www.facebook.com/pages/Modernica/127004119588
Keep posting Tom, as most of the time your comments match my thoughts so well, that without even lifting a finger, I can read all the responses, as they were addressed to me ;).
Cheers

Thanks for letting me know about the Modernica link, that's pretty cool.
My apartment and an empty unit in the building were recently used in the videos below to promote the building,.

"If you want to play the game you must play fair or it's kind of hard to take you seriously."

I don't need you to take me seriously;- ). And you don't decide here about the rules of the game. And that is the good news. Besides that one negative comment in all this years doesnt't qualify me as an asshole. 🙂

Have a nice day and greetings from Europe!

Tom, your apartment is amazing. I live in NYC and would die for an apartment styled like yours!