Some purchases, a contest and a little fun with tape

I was contacted recently by Canadian furniture and home decor company Urban Barn to partake in a blogger contest involving chairs, a competition, an auction and charities. I don’t think there’s much in the works publicly yet, although check it out on Twitter via the hashtag #customchairitycompetition. Due to this competition I had to pay my local Urban Barn store a visit last week. Of course, I could not leave empty handed (this is why I try and avoid home decor stores – I can’t stop myself). I picked up a few things, including one sale item I could NOT pass up…yet another freaking lamp (it was half price! 89!). This one is so cool I had to have it, even though I have to box it up and store in my basement until the new house materializes. 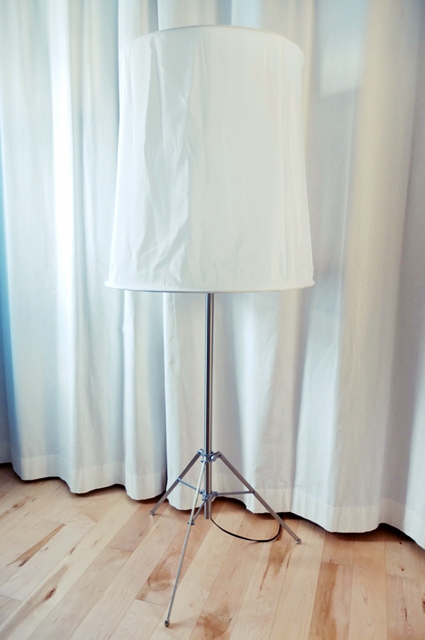 The shade is MASSIVE (2′ long and 2′ wide at the bottom) and drapey which I adore, and the tripod base is cool. 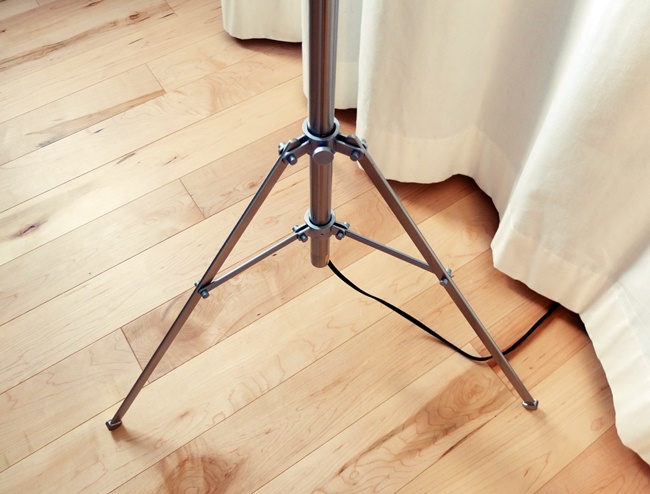 This crinkly STUFF basket came in 3 sizes. I snapped up the middle one for $14. I realize now I have a basket addiction. 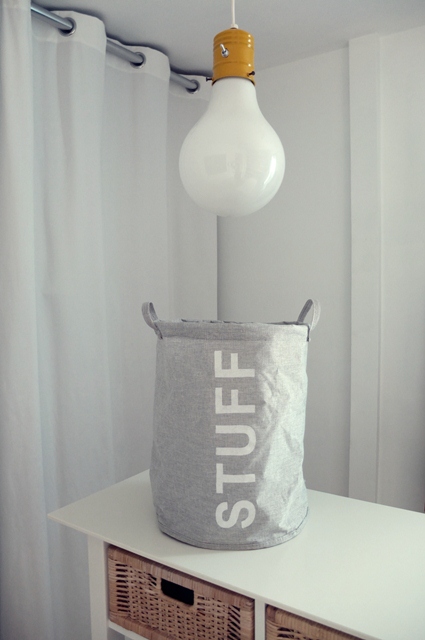 My frame/pegboard jewelry holder has reached it’s capacity so I thought a new necklace/bracelet holder would be useful (by Umbra for $17). 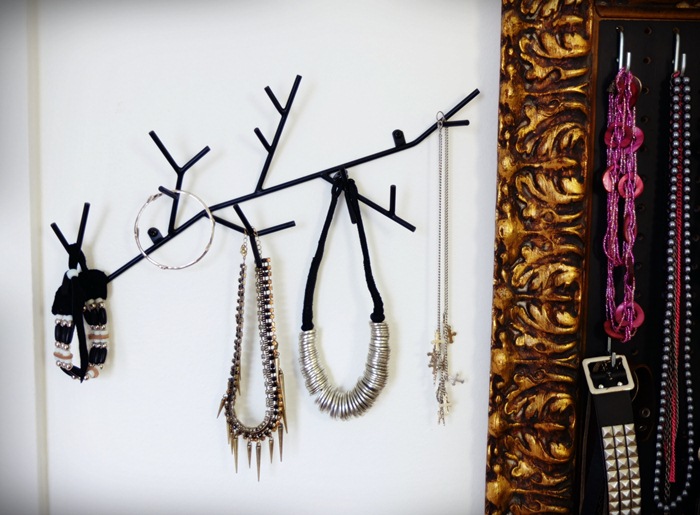 Everytime I stop in at Urban Barn I always leave with some sort of vase-like object. They have really funky ones, and no I did not need another but they had 3 vases that looked like crushed cans or bottles so I picked up the little one that looked like a pop can for $6. 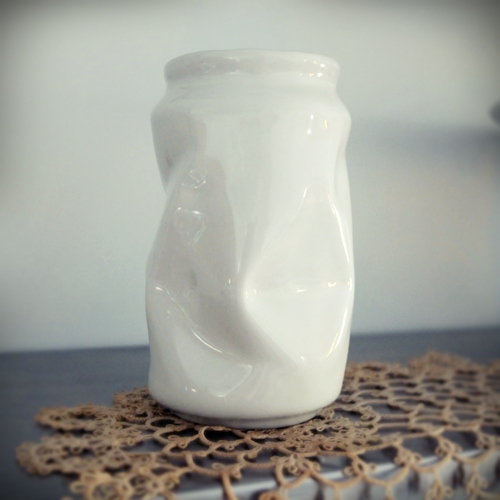 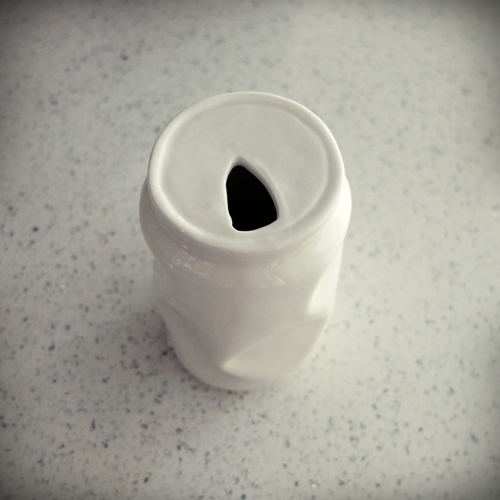 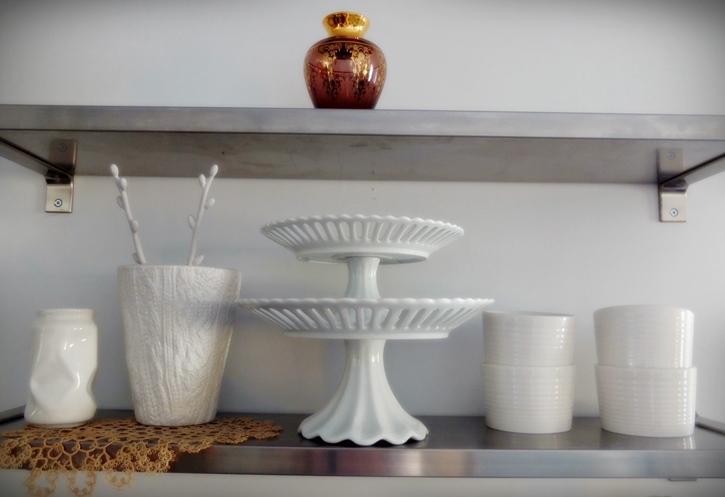 Those were my purchases. Now the fun with tape part. I was flipping through a magazine recently and saw a vase that looked like it was covered in shredded strips of black fabric. It suddenly came to me to try and wrap some cheapie dollar store vases in black hockey tape….I guess because hockey tape has a sort of fabric-like texture to it. I found a huge tub of ModPodge in my office the other day so I suppose I could have just tried gluing fabric strips but whatever, hockey tape seemed alot easier. I went to a really brutal dollar store near me yesterday and this was all I could find that would work. 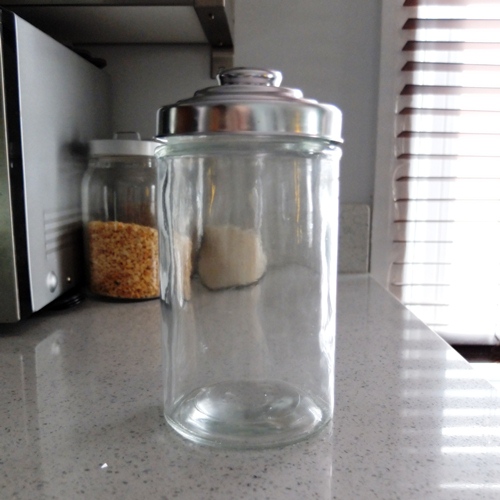 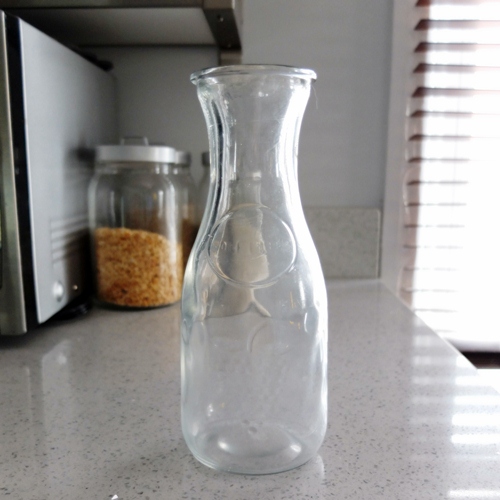 My husband grabbed the first vase and a roll of tape and got to work while I taped up the second one. I think they turned out pretty good, but I have to admit I like my haphazard method better. 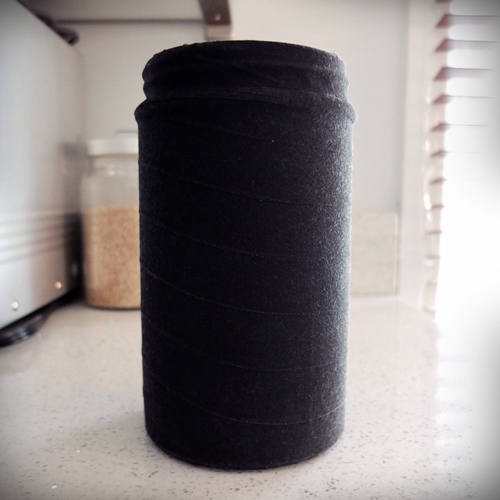 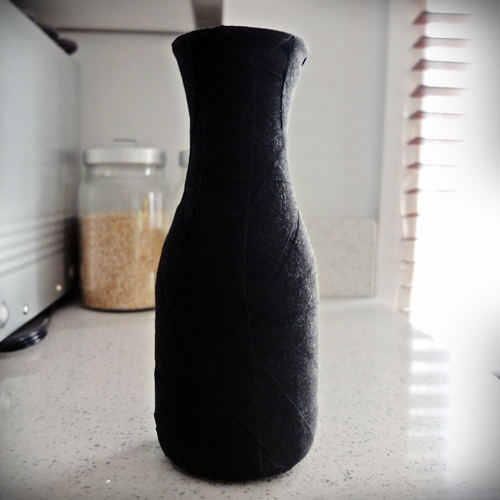 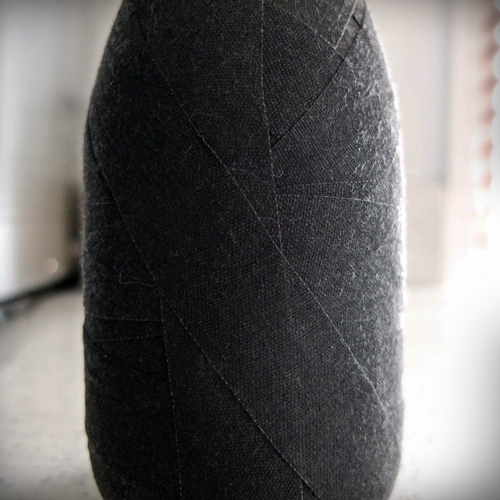 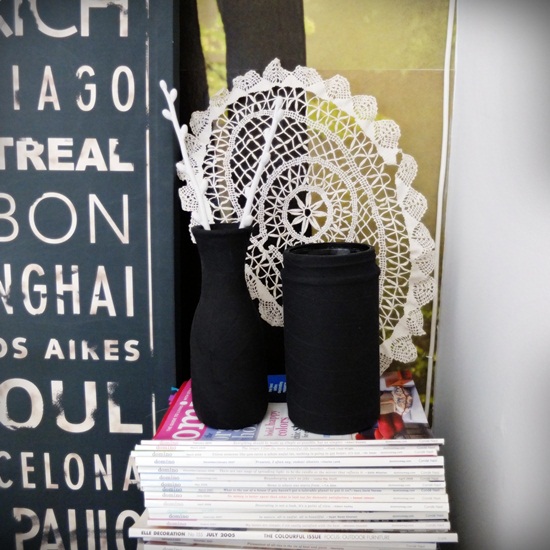 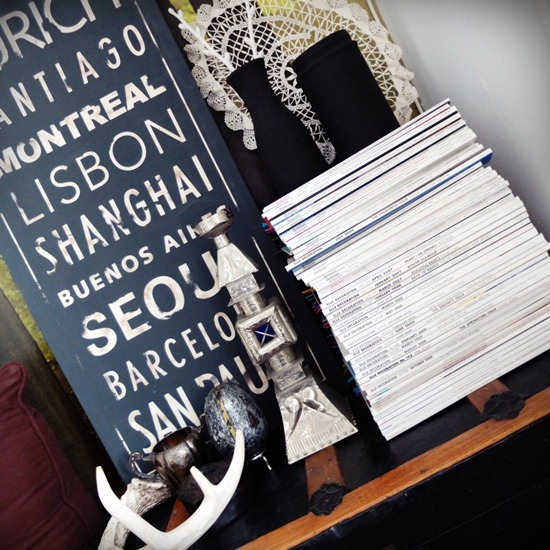 Julia – HA
Emily – I'm a public servant so it's not a long weekend for me, sadly. 🙁 Hope you have a good one!

I really like your blog…great pics and so much inspiration..I wish you a lovely week.
LOVE Maria at inredingsvis

wow i love the idea of a framed peg board for jewelry! those taped vases came out really nicely as well! 😀

There´s a tape made in Japan called washi tape that I know you can buy online at least; a paper masking tape that comes in all sorts of designs and colours and widths – would be ideal for this sort of transformation. Julie

What a clever way to give a vase an edgy makeover! They have a whole new look now.

Vases look great. You could use washi tape too, different colours/patterns layered could look awesome.

Man those are some fantastic finds! I'm doing an apartment makeover (under a sort of budget) and always come to you for inspiration!

You have done a great job..There are some gorgeous pieces on your website! Keep it up.

LOVE the things you didn't talk about: Your counter top, the peg board for jewelry and that lightbulb lamp. Beautiful!

Rosy, clearly you don't visit DTI regularly as I have blogged all that stuff before (find it under the label 'Kim's renos and decos'). 😛

Summer in my backyard