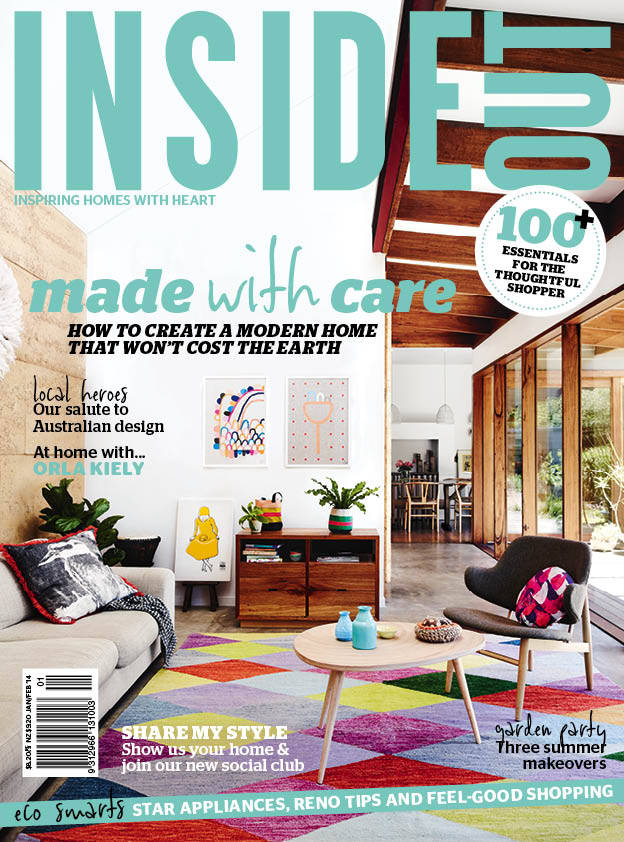 Oh how I’ve been hanging out for the new Inside Out. I’m such an addict! An email from Lee Tran Lam, Managing Editor, gave me little butterflies of excitement. I knew she would be sharing another fabulous home with us. I was wrong. There wasn’t a sneak peek attached. No there were two!

“The first home – styled by Andrea Millar and photographed by Prue Ruscoe – is a really quirky warehouse in Sydney. There’s a “Spaghetti Bar” sign in the kitchenette, a lap timer clock from a swimming school in the dining room and even a trapeze (!) that hangs between the second and third level. (Originally, there was a rope and pulley system between the floors to move goods. The owners put the swing up to take over the void – and use it for chin ups and fooling around!) My favourite room would be the teenage daughter’s bedroom, which has this ultra-colourful rug that looks like a rainbow of burst balloons have been swept into the room.” I love this home. I’d move in tomorrow! The second house? I’ll share that one in a few hours. Completely different and very cool!

Aussie readers can pick up their copy of the Jan/Feb Inside Out Thursday. Don’t fret if you aren’t in Australia though because you can read along on Zinio, Google Play and the Apple Newsstand. 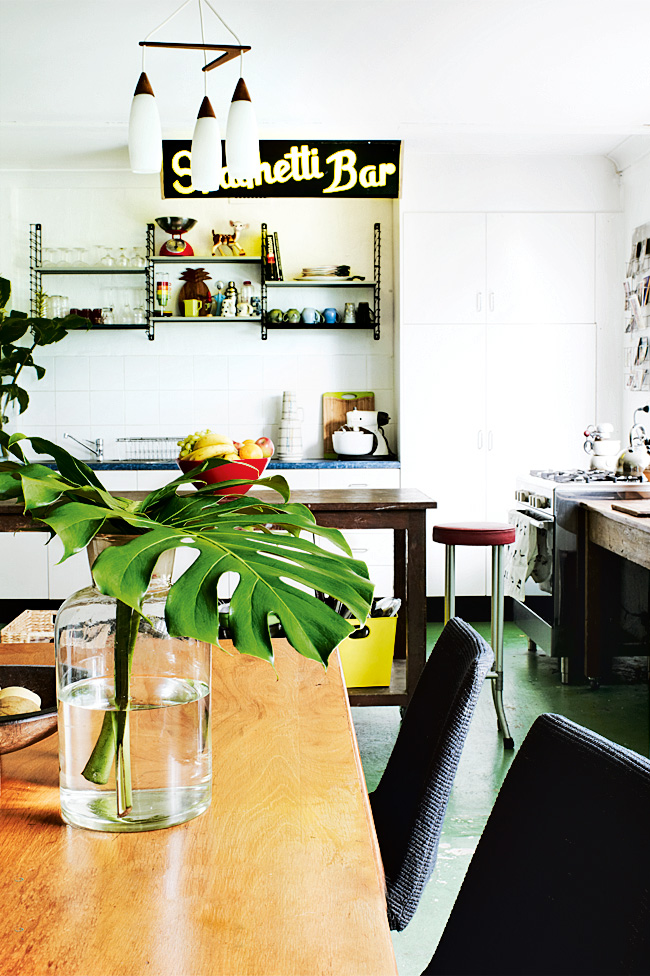 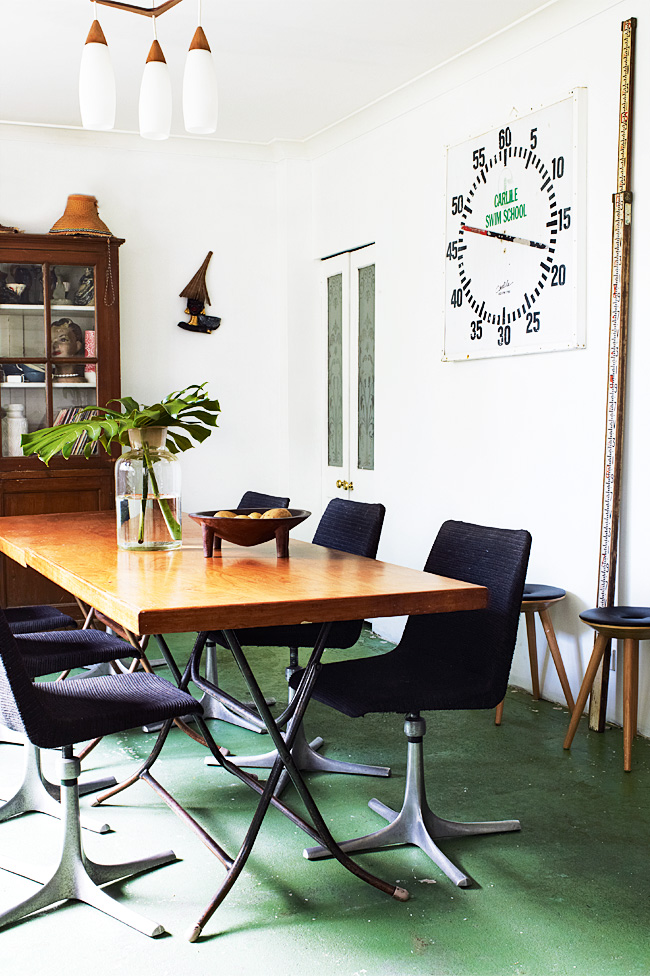 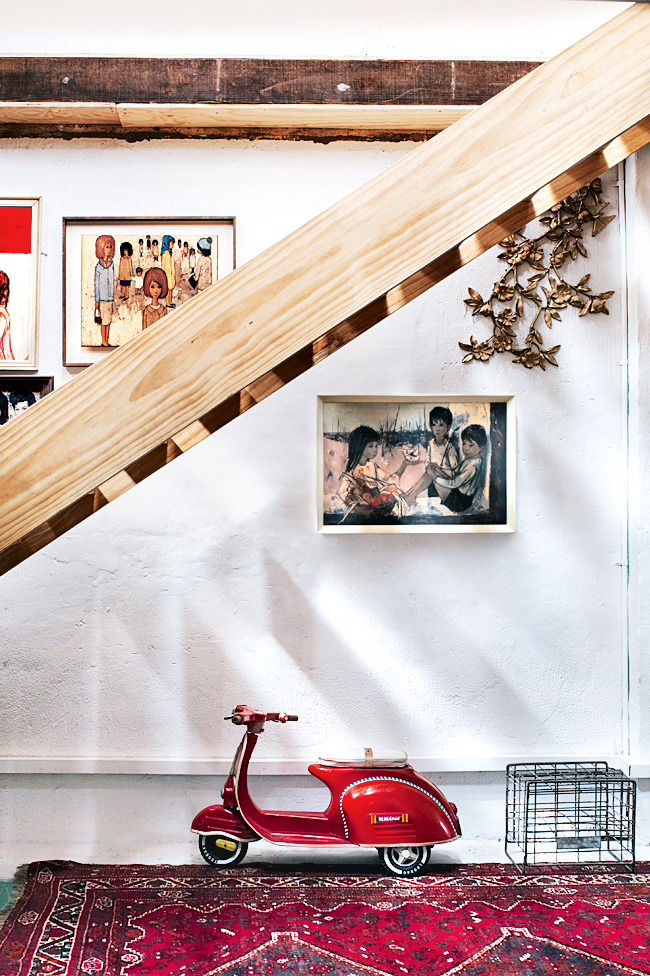 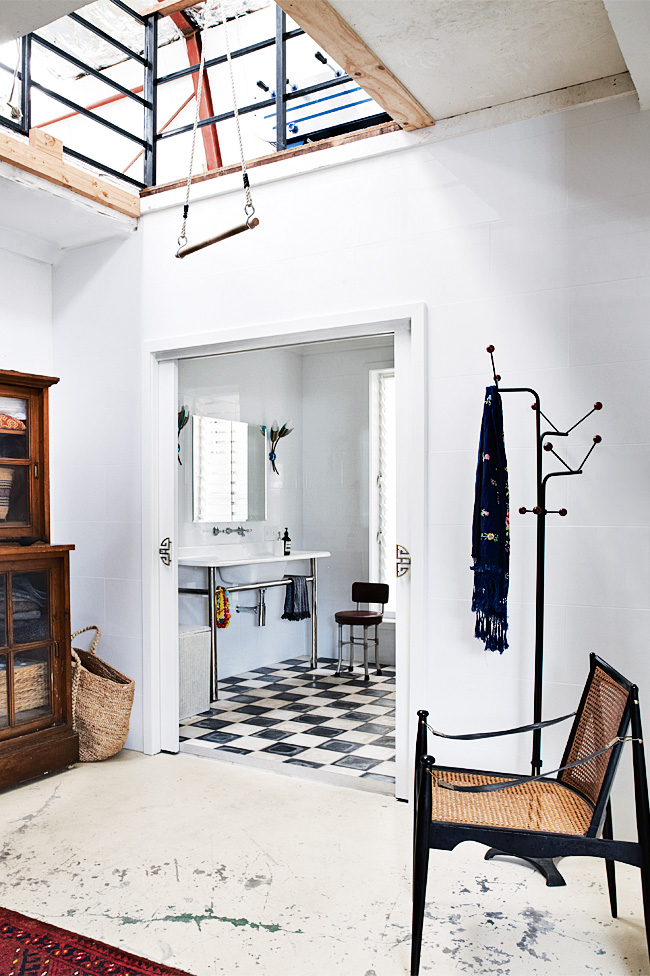 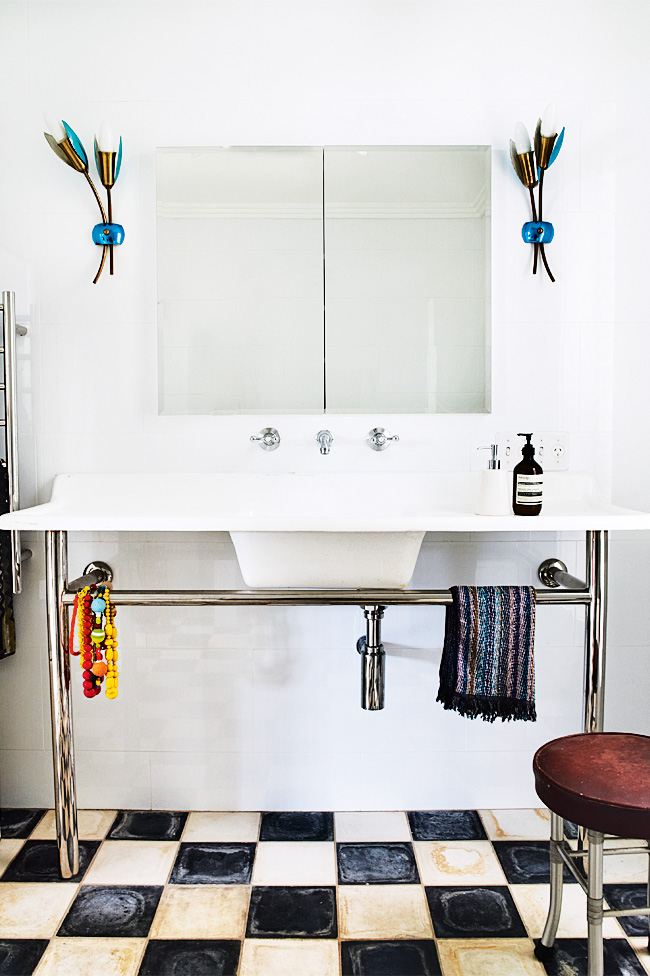 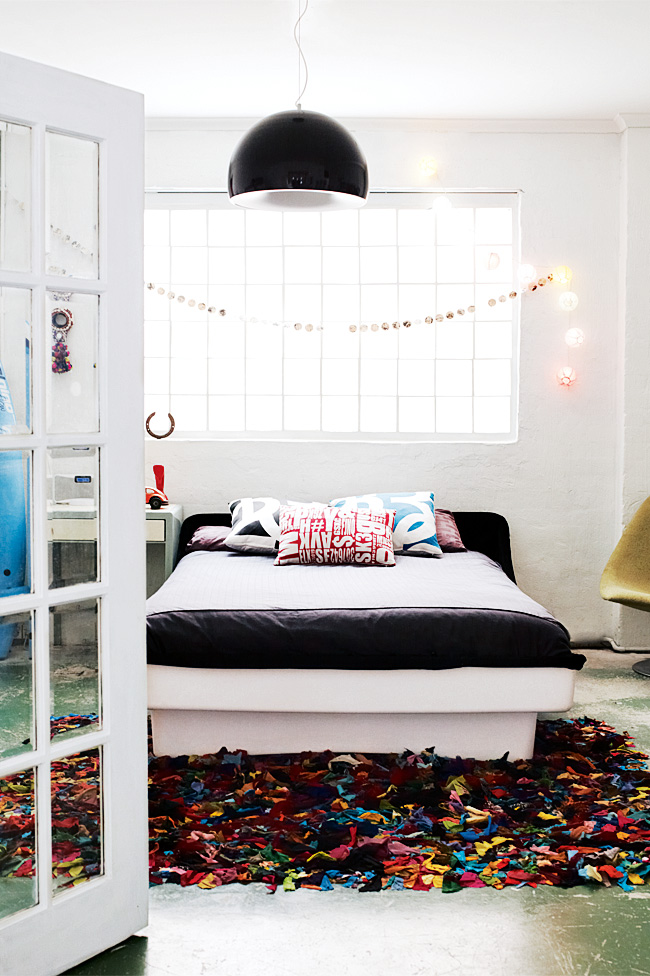 Lovely – those bathroom sconces are so unique!

Cozy vintage vibes in a home in London

The home of designer Meta Coleman