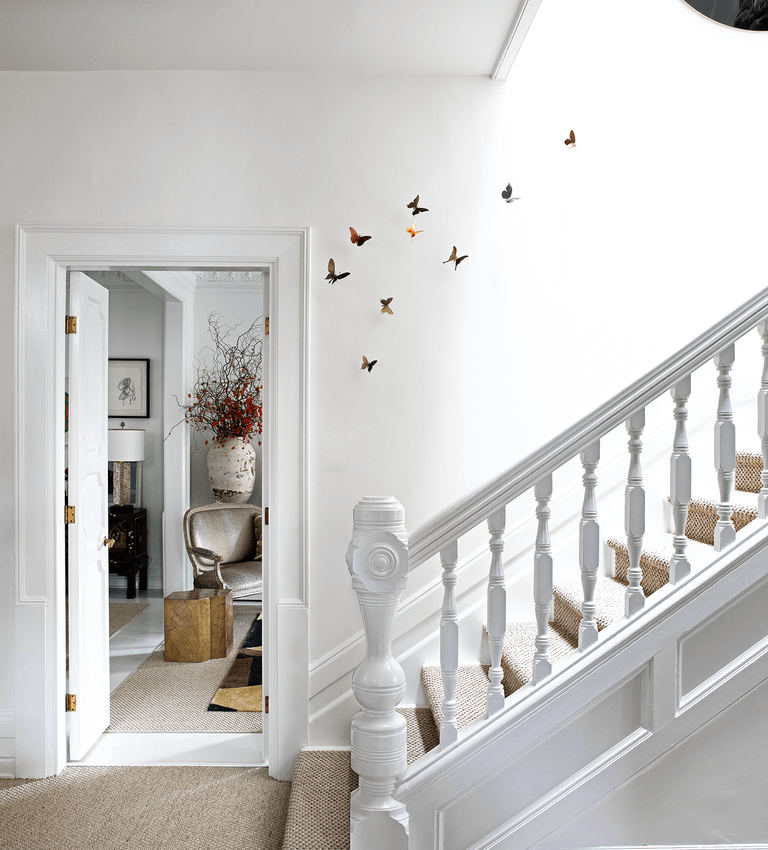 This is one of the coolest homes I have featured in a while (IMHO), and it’s by a Canadian design firm! It all began innocently enough. Architect Maxime Vandal was indulging his penchant for real-estate porn when he came across a listing for a circa-1890 Second French Empire–style home in the historic Westmount neighborhood of Montreal. A week later, he and his husband, designer Richard Ouellette, made an offer on the property. As partners and co-owners of the design-and-construction firm Les Ensembliers, the pair is always up for a new project. But with the Westmount house, they took their time, living in it for a whole year before changing a thing (and then setting up a tent in the living room to sleep in during the renovation).Here, that meant stripping back a 1980s refurbishment to restore the structure to its former glory. Cultivation of the unexpected is a big part of the home’s appeal. The house has become a place for artistic experimentation, where architect and designer can test the limits of a contemporary aesthetic through a traditional framework: Furniture is placed slightly askew in the living room, resulting in a dynamic space that feels more like a salon than a suburban gathering place, and the kitchen’s open shelving continues right across the windows. In fact, much of the house’s design was driven by the duo’s existing range of fabrics for Brunschwig & Fils (their collection of wallpapers is soon to launch), creating a sort of living showroom. 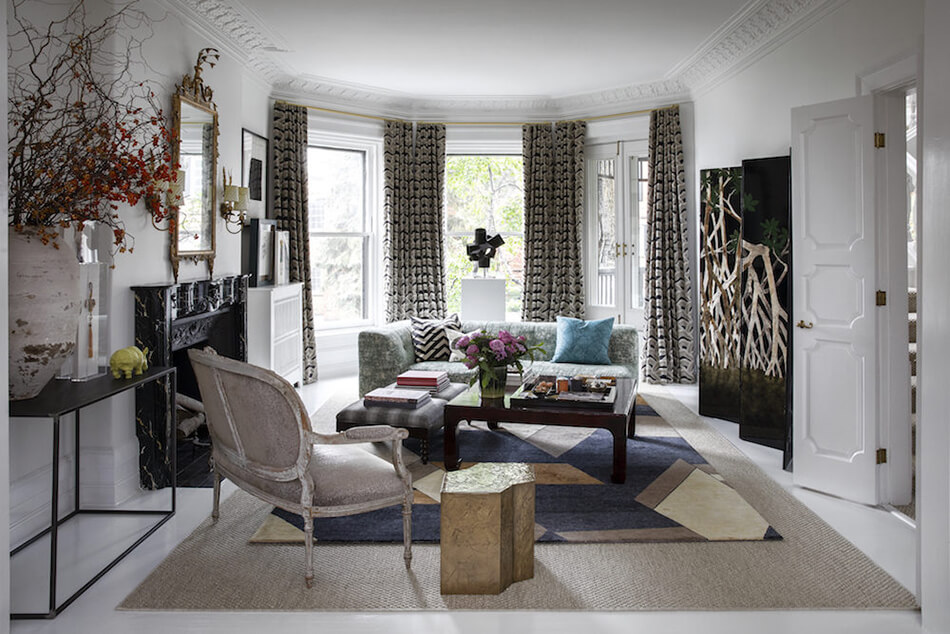 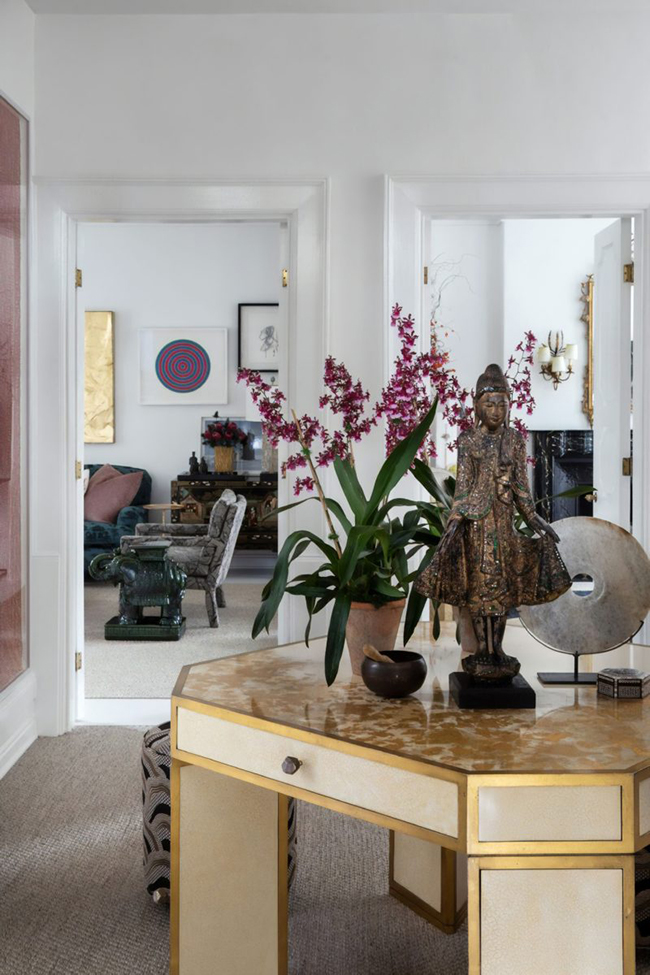 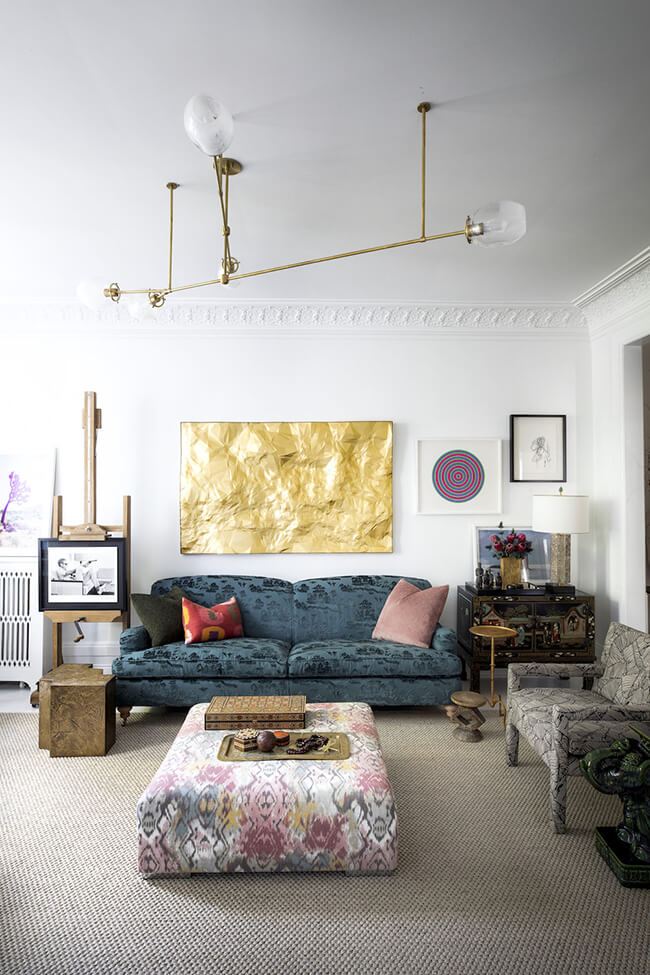 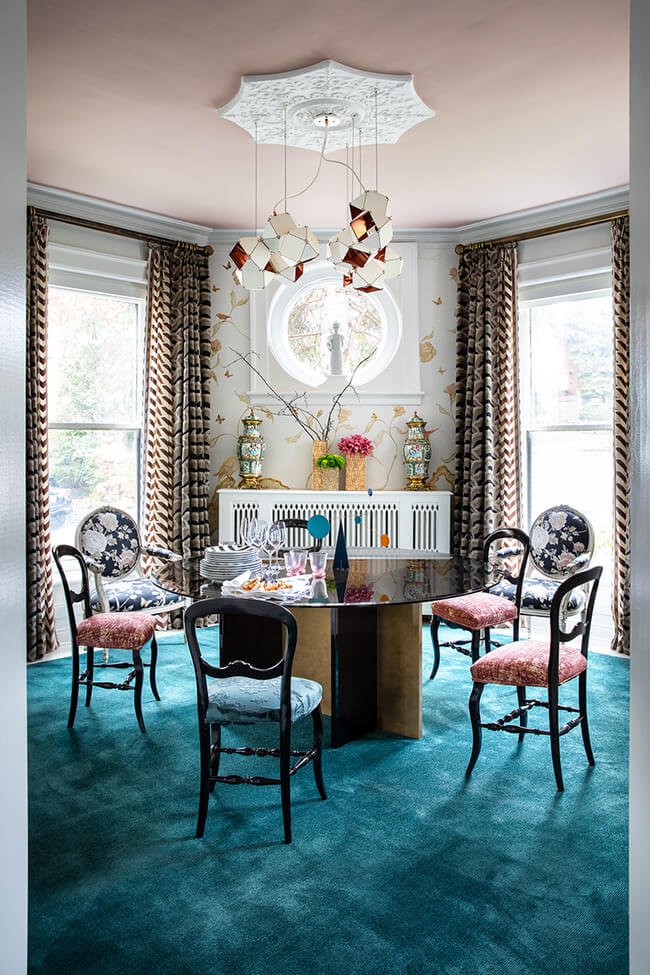 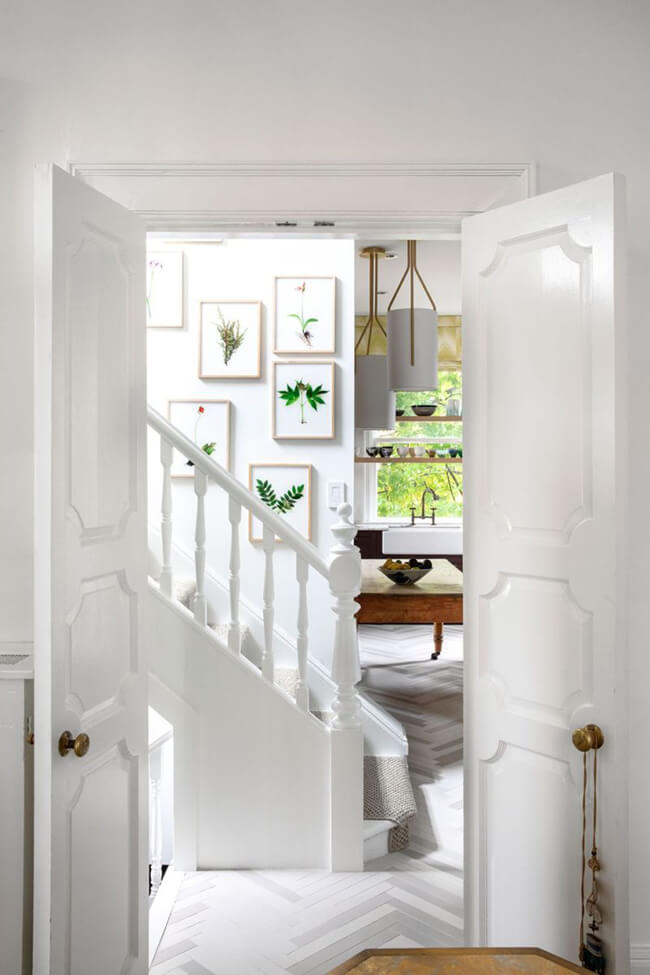 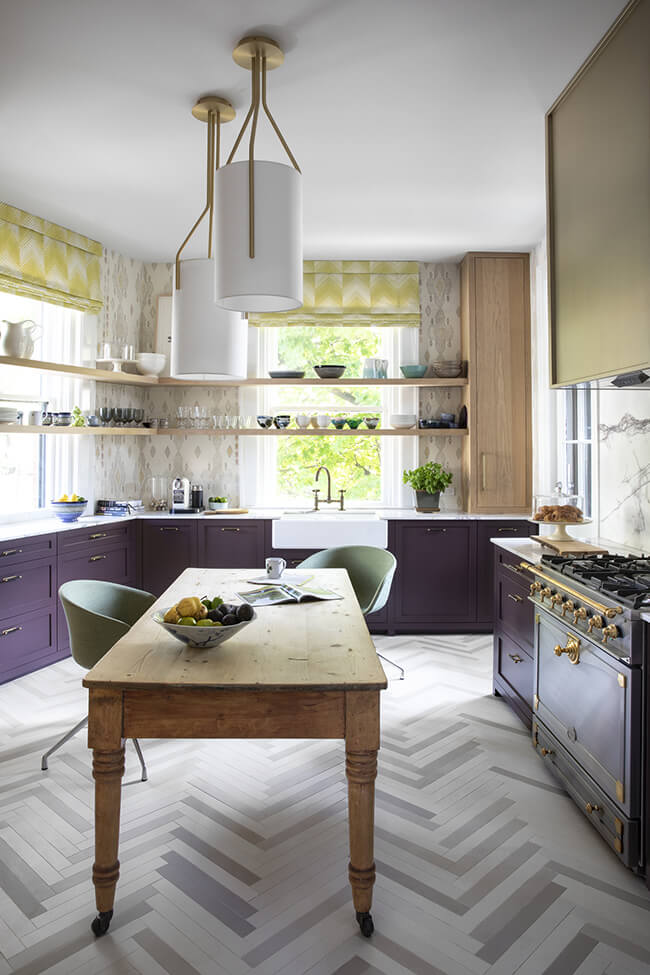 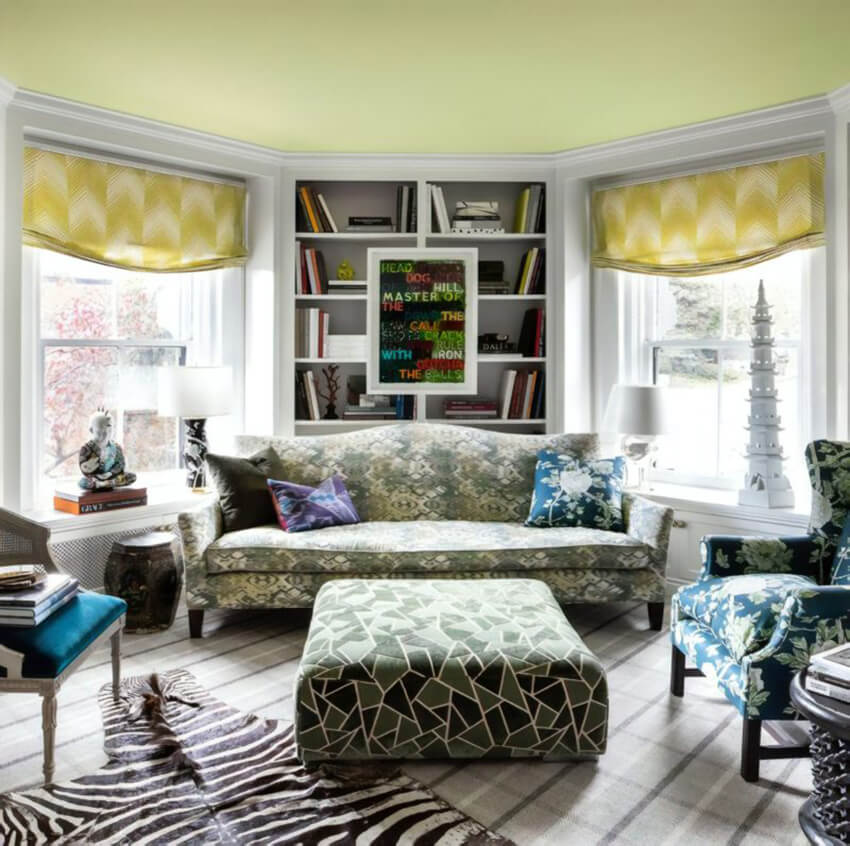 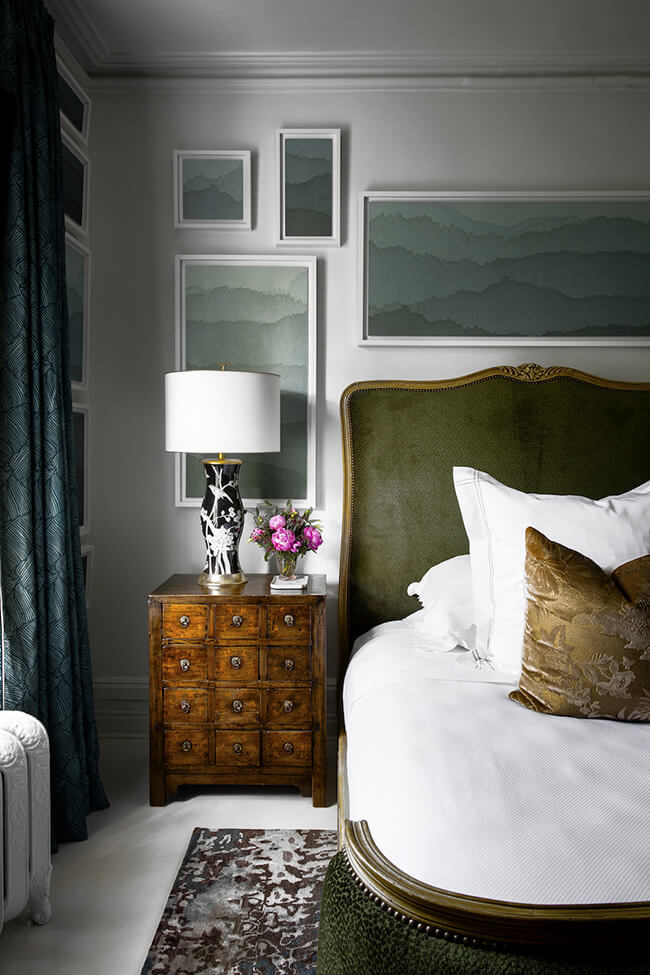 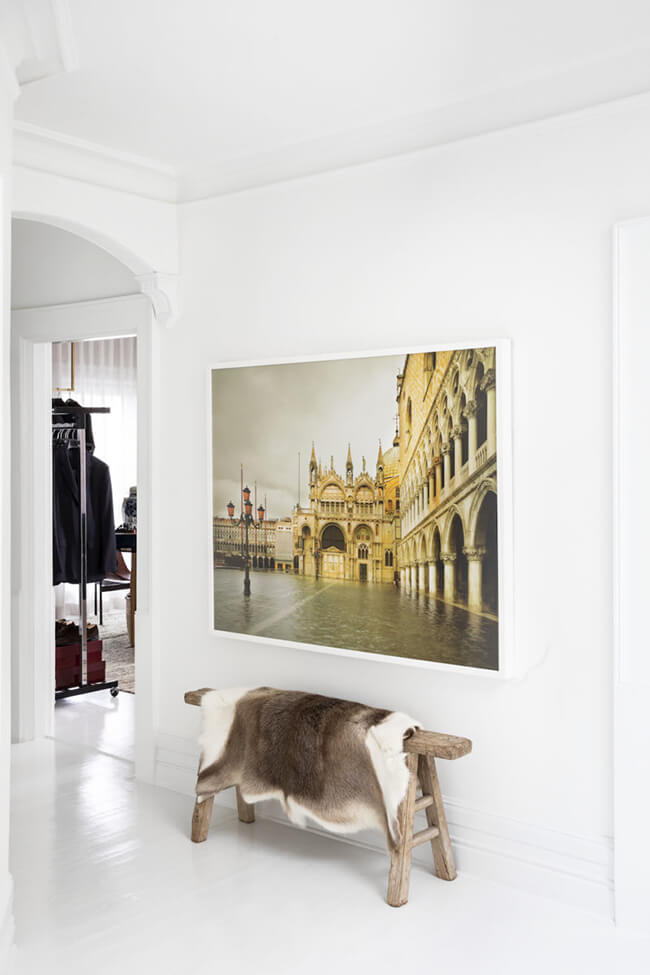 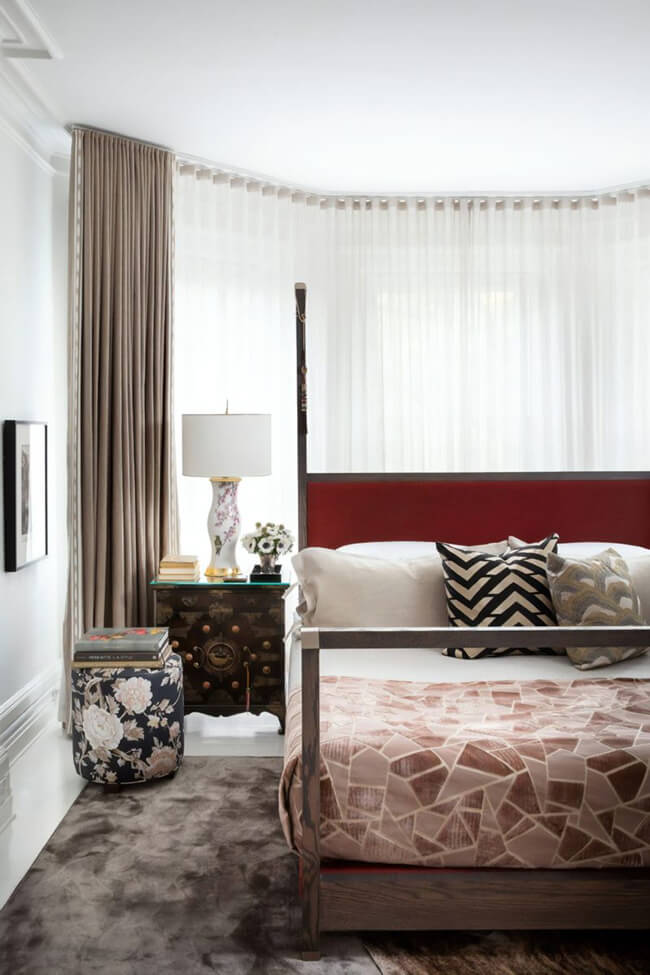 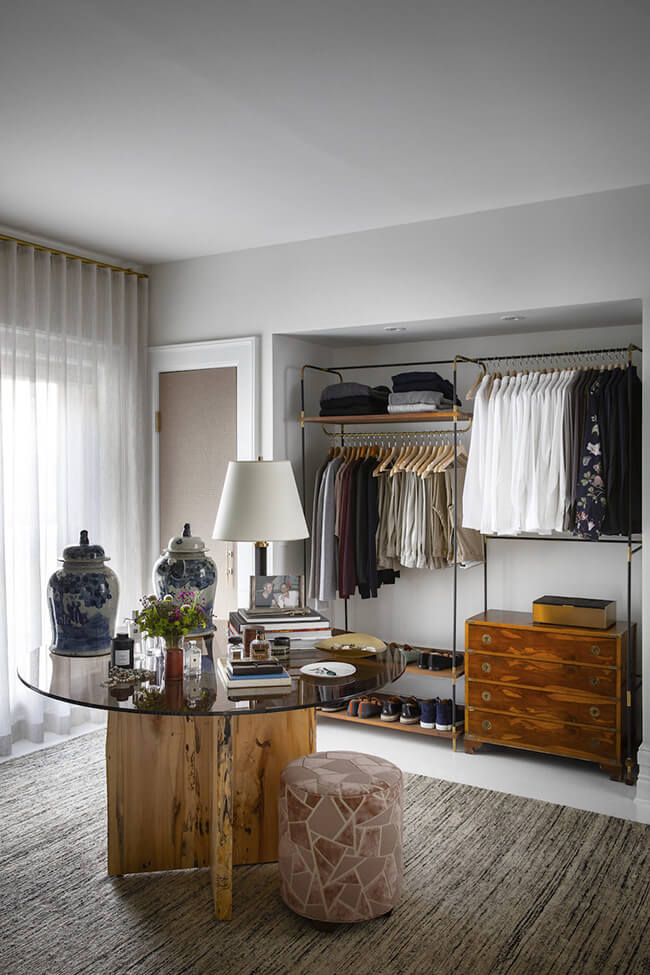 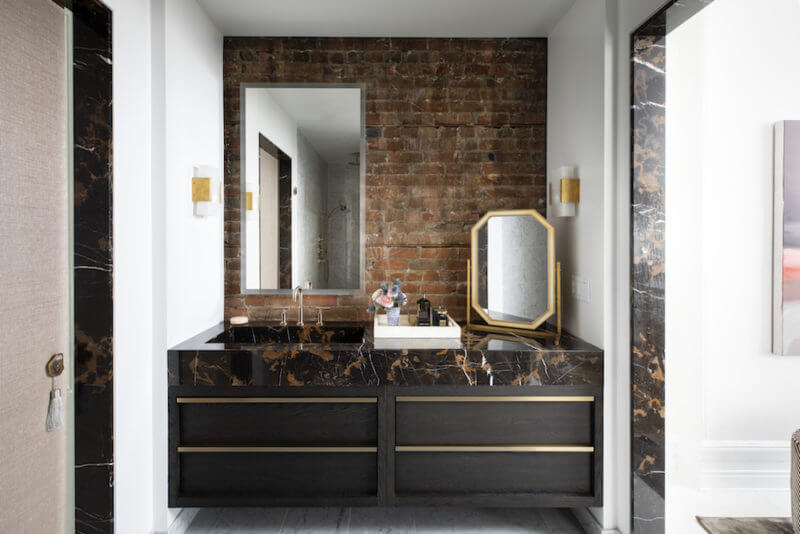