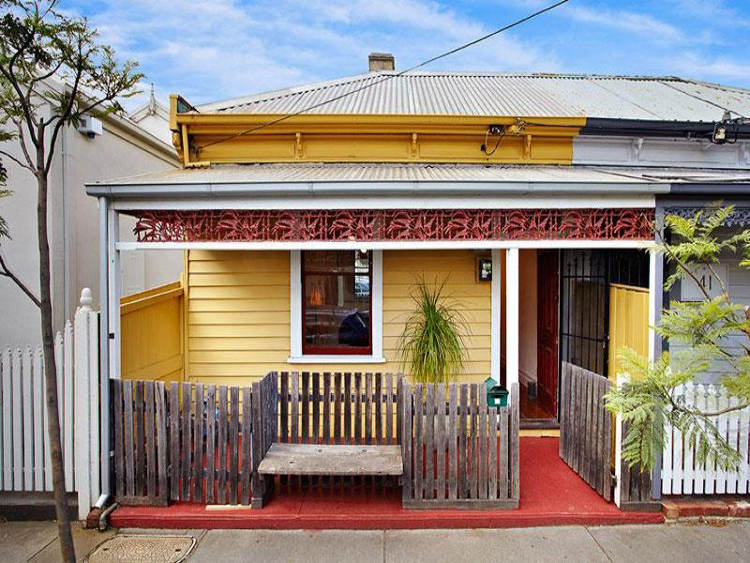 Just a simple little workers cottage in Richmond, Melbourne. Neat, tidy, in need of an update but in all its 80s dowdiness it’s the home of stylish hipsters. I’m having fun making up stories about who lives here. She’s a graphic artist and works in indie publishing. He works for an NGO and will one day finish those last few subjects he needs to complete his law degree but he’s been saying that for years. They laughed about the raspberry carpet when they moved in but they made it work. There wasn’t much they could do about the weird doorway as they were only renting but the landlord is cool. He let them paint… as long as it was white. The first thing they did after moving in was to pop a couple of boards across the ugly bin bay out the front. Voilà! A bench seat perfect for waiting for the taxi. Weird. I seem to know them really well 😉 It’s a shame the landlord is selling. Well that’s my make believe story anyway. Link here while it lasts. 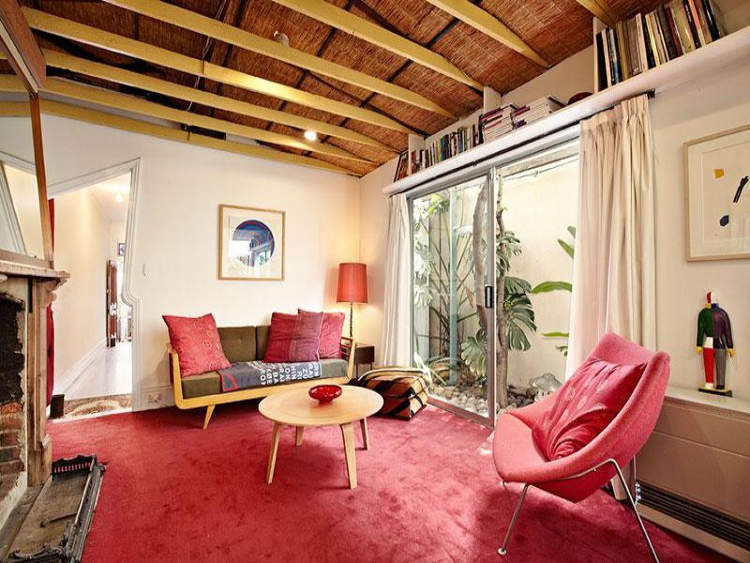 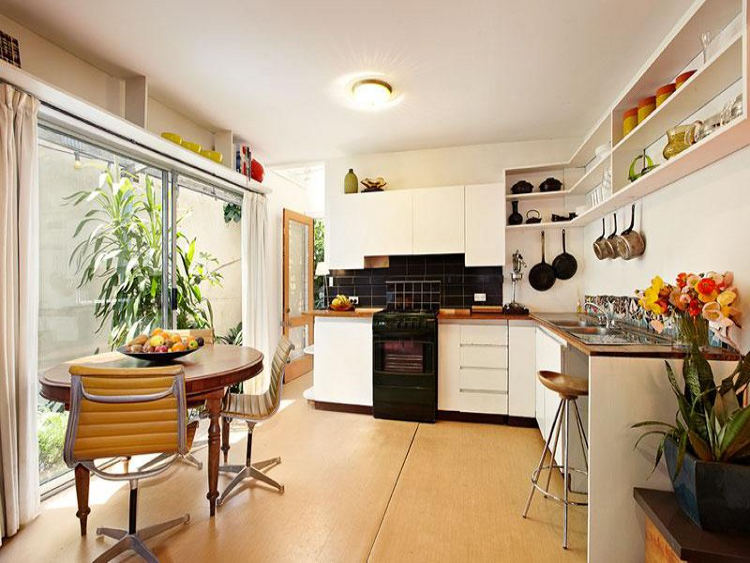 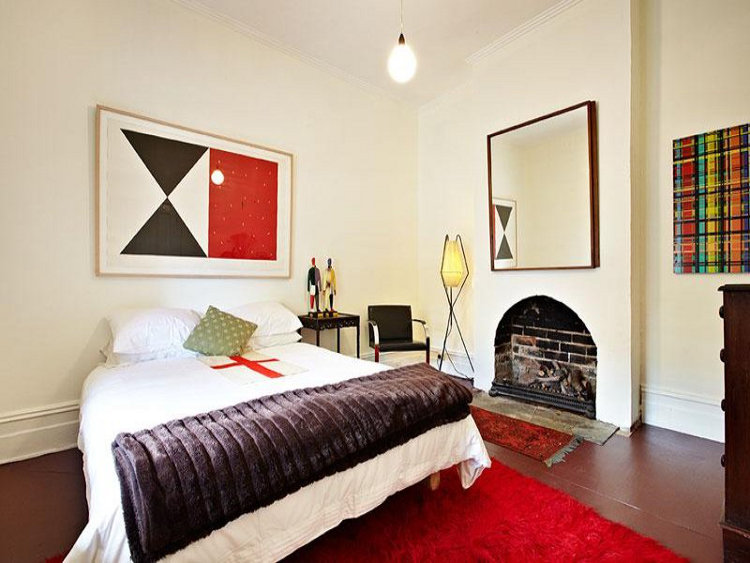 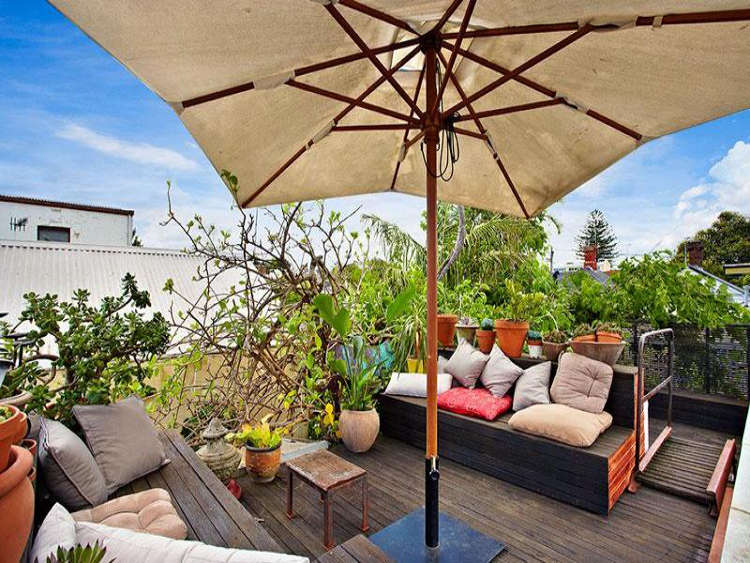 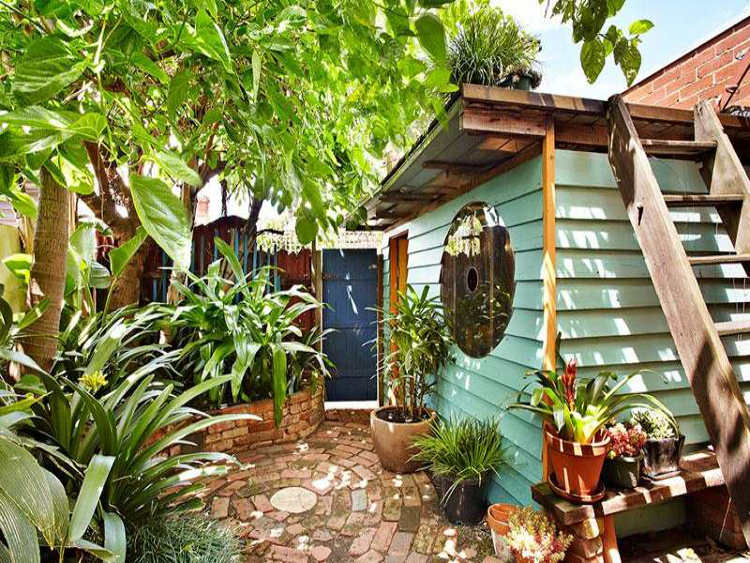 I really love their outdoor-environment!

this is just right for me.. exactly what i want to have when the kids go to college… in 12 years.

and may I add, I love the new font.

I Love the the house from the outside, simply adorable the colours, the seating

No, not as good as what you had. This reminds me of Halloween script.

adorable! (minus the carpet, natch!)

I'd move in right away, cozy and happy colours!

Love the look of the bookshelf over the sliding glass door, though I see no stool with which to access it. 😛 Also am a big fan of the olive-and-orange canisters on the kitchen shelves.

The outside looks much nicer than the inside methinks.